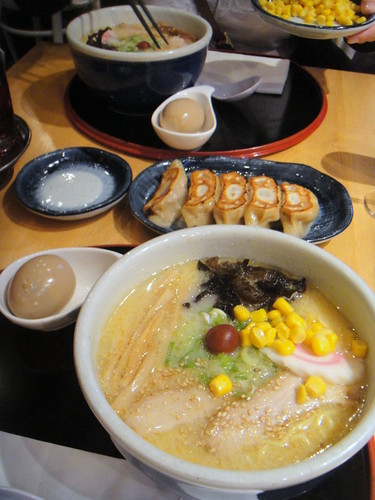 October 2014:  I’m a little late on completing the ramen craze that’s landed in Toronto, but here I am reviewing Hokkaido Ramen Santouka!

Jessica and I dined here on a Thursday night and the line-up was huge!  There was construction going on outside the restaurant at the time so it was amusing to me that everyone lining up stood on top of a wooden plank.

Luckily, Jessica was here early and we got a spot in a small yet cozy seating area (thank you, Jessica!).  Our orders were taken quickly and the food arrived promptly (which made sense considering the number of people who were waiting in line).

Santouka is close to Yonge and Dundas Square in the heart of TO. (see the ‘plank’?) 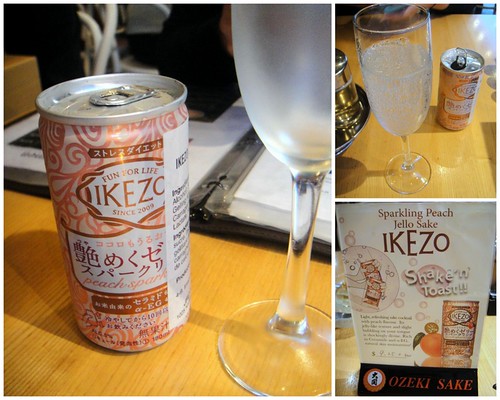 Jessica ordered a peach jelly sake drink that was so interesting!  The Sparkling Peach Jello Sake came in a can and the server brought out a glass that you could pour it out in.  You were instructed to shake it well before pouring it out.  I tried a sip.  It tasted like fizzy peach jelly that was broken up in sake form.  It was truly a unique drink experience! 🙂 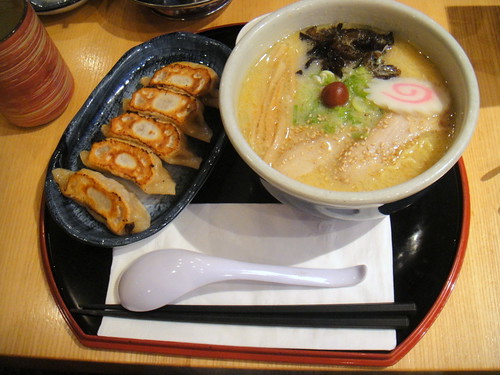 Our orders arrived on a rounded tray that was smartly designed so that one side of it wouldn’t protrude out the side of the table.

We ordered a side of Santouka Hand-made Gyoza to share.  The skin of the gyoza was thin and crisp; it wasn’t amazing but not terrible either.

My favourite part of the night was the Shio Ramen.  It came in a cute litte bowl that didn’t cheap out on ramen despite the size.  One sip of the soup base and I was so impressed already.  It was so creamy and delicious!!  It wasn’t too salty or strong. 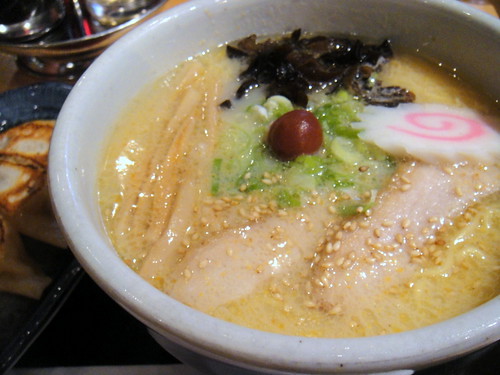 The ramen noodles were fine and soft yet stringy.  It was delicious as well and just the right temperature. 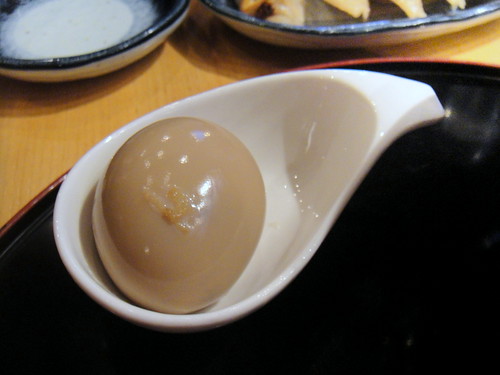 This ramen shop is different from the other ones I’ve been to since to add condiments like egg, corn, seaweed to your ramen, it actually charges you an additional charge for it.  We both ordered the egg which was nicely cooked so that the inside was still raw and runny.  The shio meat was good too!

We finished off with a ‘rare’ dessert.  The Ume Jelly is a Japanese Apricot Jelly where there is also a Japanese apricot inside.  They say they only serve 20 of these per night which made me want to order it immediately upon seeing that.  (No foodie wants to miss out on this!)  It’s also a very smart business idea on their part to announce something like that on the menu. 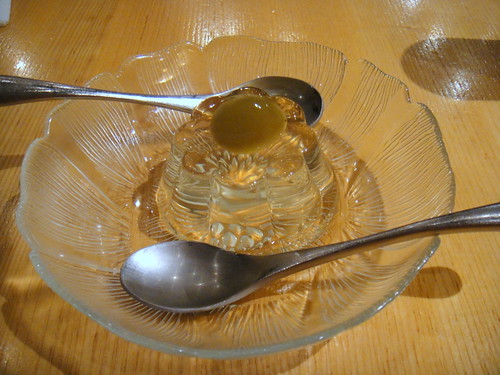 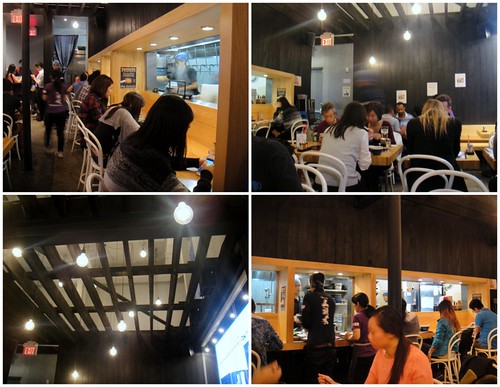 All in all, we were both very stuffed and enjoyed the ramen very much.  No wonder people line up in drones to this restaurant!  There was still a sizeable line when we finished eating and left at 8:30 p.m.  Don’t miss out! 🙂