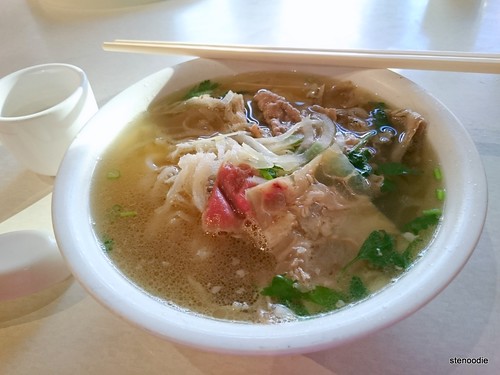 Located at 254 Spadina Ave in Toronto

After we played an intense game of Trapped in a Room with a Zombie, we headed for food!  We settled on Pho Xe Lua which is a popular and almost ubiquitous restaurant chain that serves pho and Vietnamese dishes (it has that train logo).  However, although they’re very popular, I doubt that they are actually authentically Vietnamese.

This location of Pho Xe Lua is on Spadina Ave. on the second floor.  The area is large and we were able to get a table of nine with a nice square table by the window where we could chat easily with each other and have ample space to eat. 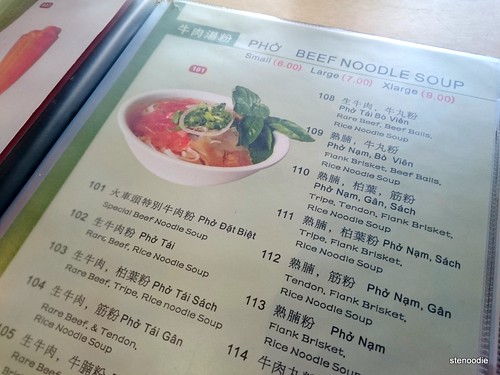 On this visit, I only ordered a bowl of small classic pho.  For that reason, minimal photos exist for this post. 🙂 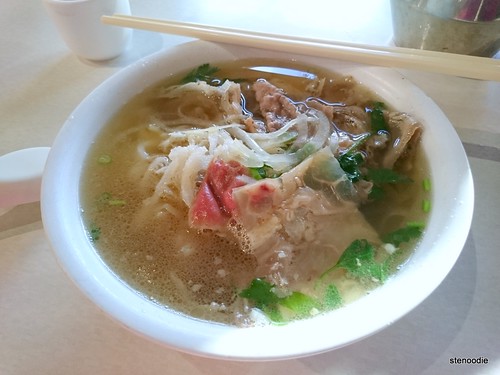 I have to say that I was kind of disappointed with the pho noodles.  It wasn’t smooth enough and the beef was too rough and not rare enough for my taste.  I read somewhere that you actually need to order and ask for the thin pho instead.  I definitely didn’t like the pho that I had in my bowl because it was too thick and again, wasn’t thin or smooth enough.  Bleh.  The tendons and other tripe were okay.

I can’t really say anything else because that’s all I ordered.  The rest of my friends seemed to enjoy the meal though!  Nevertheless, it’s a cheap meal in Kensington Market/Chinatown area in downtown Toronto.