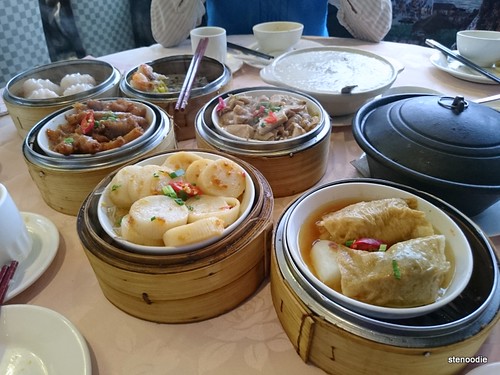 We’ve been here for dinner, which you can read here, so this was my first time having dim sum at King Dragon Cuisine.  It’s located at the Commerce Gate Plaza on the second level.

We ordered a slew of dim sum as usually to share among the four of us.  I’m not going to write about every dim sum in detail but here’s what stood out: 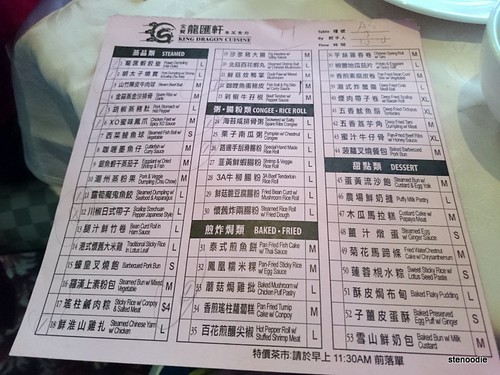 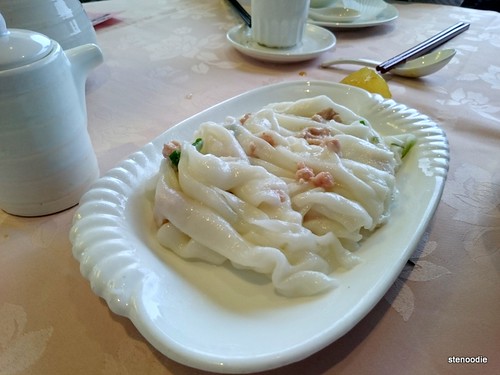 Their ha gow had an actual shrimp on the top of it. 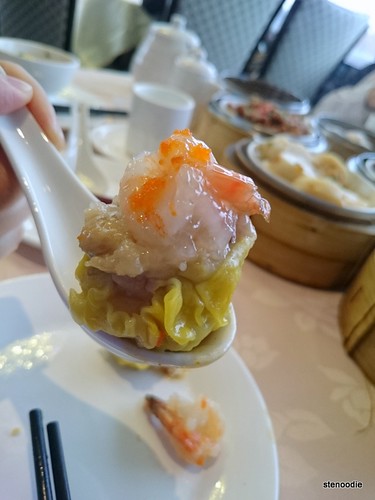 They had a dim sum called ‘scallops’ but it turned out to be imitation crab rolled out into little cakes that resembled sea scallops from afar.  Don’t get me wrong; they tasted good!  There were also some glass noodles underneath. 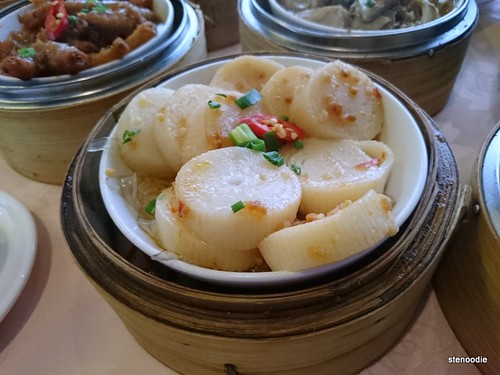 The mini chicken pies were crusty on the top and yummy inside! 😀 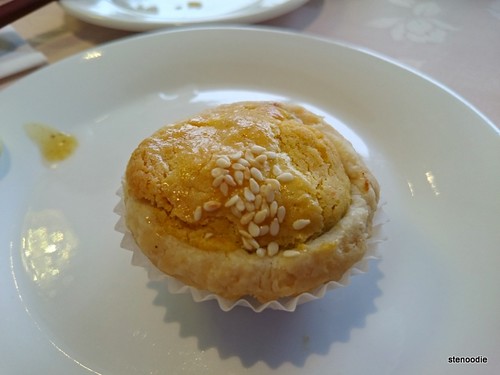 I’ve never seen pepper pig stomach as dim sum order before and they served it here.  It was good; it had enough black pepper spice but not all pieces were the chewy section of the pig stomach. 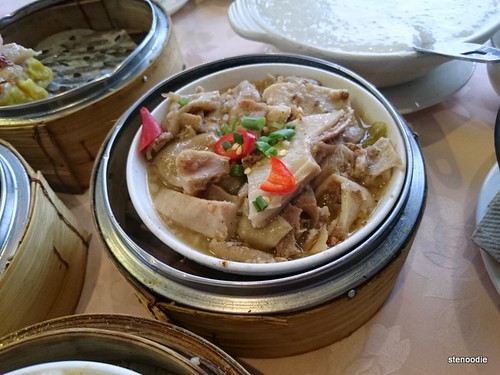 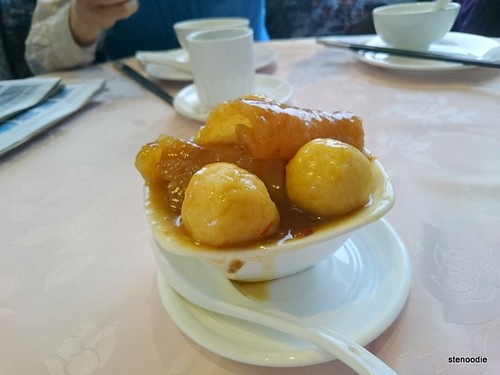 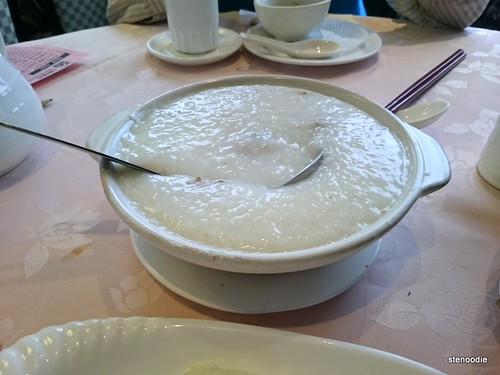 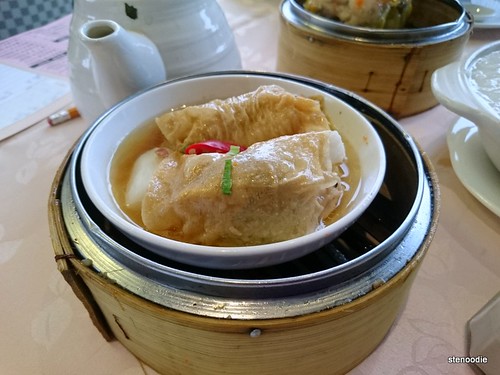 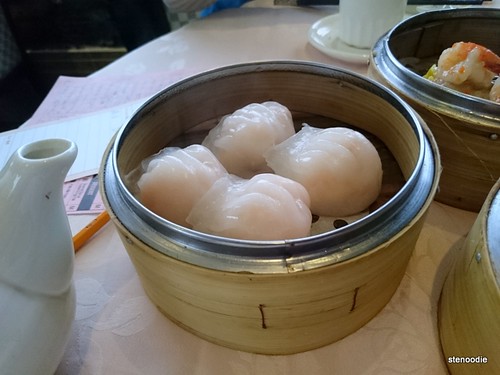 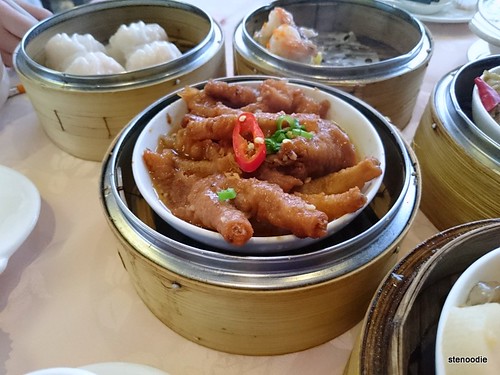 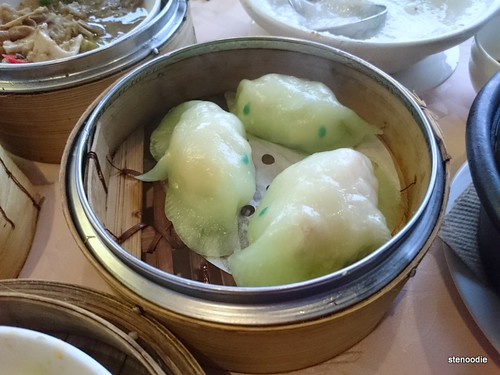 Steamed Dumpling with Seafood and Asparagus 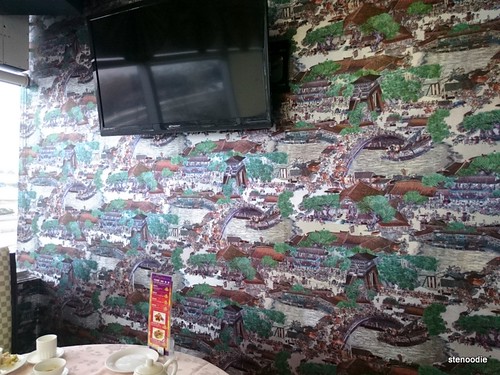 Coolest wallpaper in a Chinese restaurant

I enjoyed the food here and wouldn’t mind returning again.  🙂