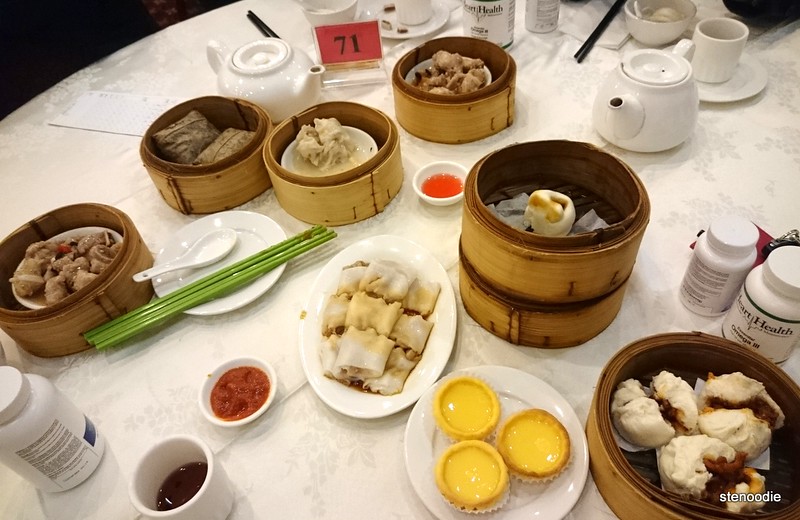 Located at 8360 Kennedy Road in Markham

As per usual, we met up on a Saturday morning for food and to chat.  We are the Round Table Foodies!  No, really, we’re just called Roundies lol.  On this particular day, instead of  buying food to bring to eat together, we went to Mong Kok Chinese Restaurant for dim sum at 9 o’clock in the morning.  When was the last time I went to dim sum at 9 a.m.?  I don’t think I ever have.  My family and I usually go around 10 o’clock or even a bit later.  I’m not complaining; I’m just saying.  Plus, waking up early is a good thing because it means I can do more during the day. 🙂 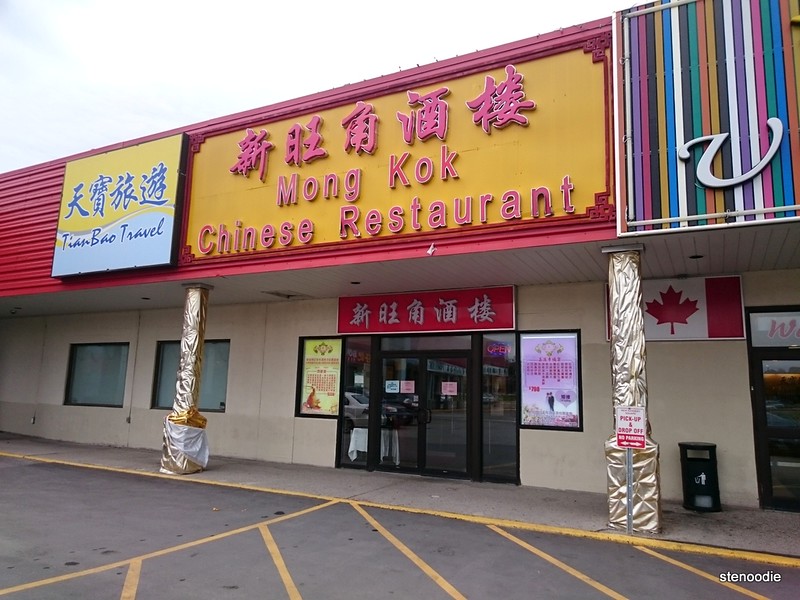 I’ve been to Mong Kok Chinese Restaurant before for dim sum but that was many years ago.  I like the space of this restaurant; it’s a big space for many tables and they have the dim sum push carts!  Many Chinese restaurants are phasing out this traditional way of serving dim sum because it is easier for people to mark down on an order sheet the dim sum that they want to order and have servers bring it out.  For these push cart versions, they have to hire ladies to push the carts around.  It is a nice tradition of having dim sum though. 🙂 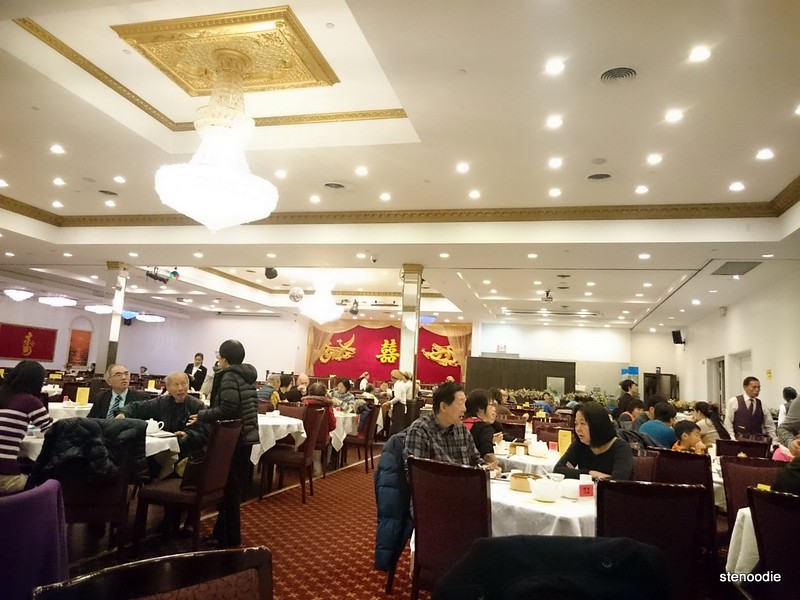 We were a table of 7 and ordered a number of dim sum to share.  I didn’t take pictures of all the dim sum that we got, but for the most part, they looked like regular dim sum in the steam baskets. 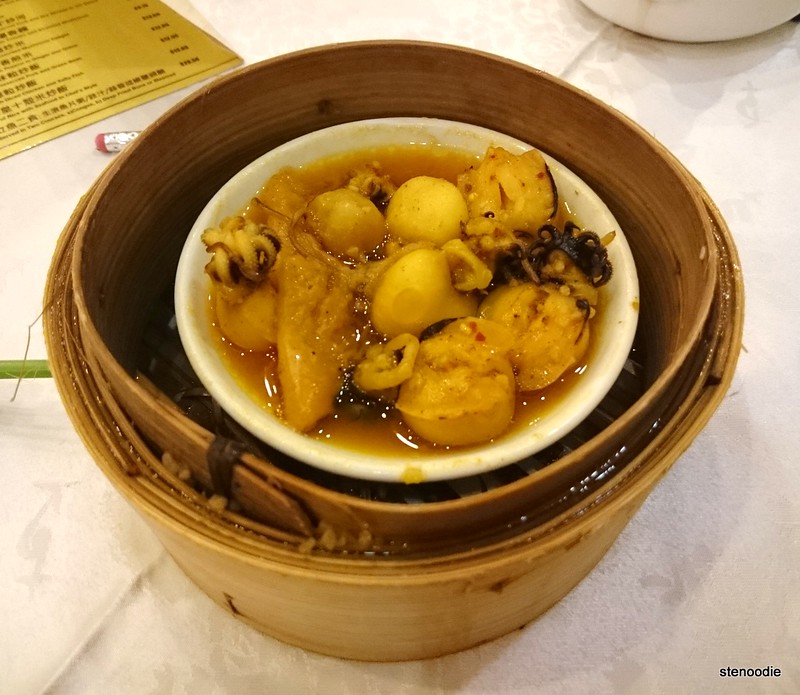 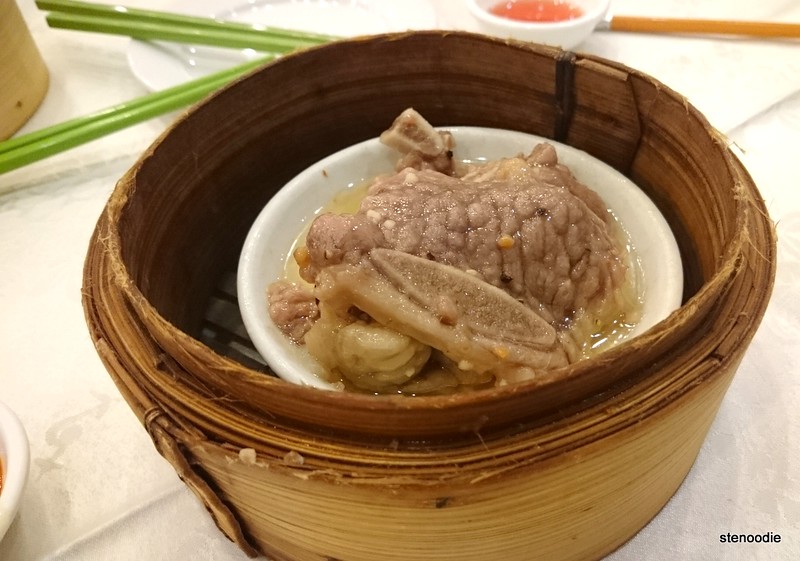 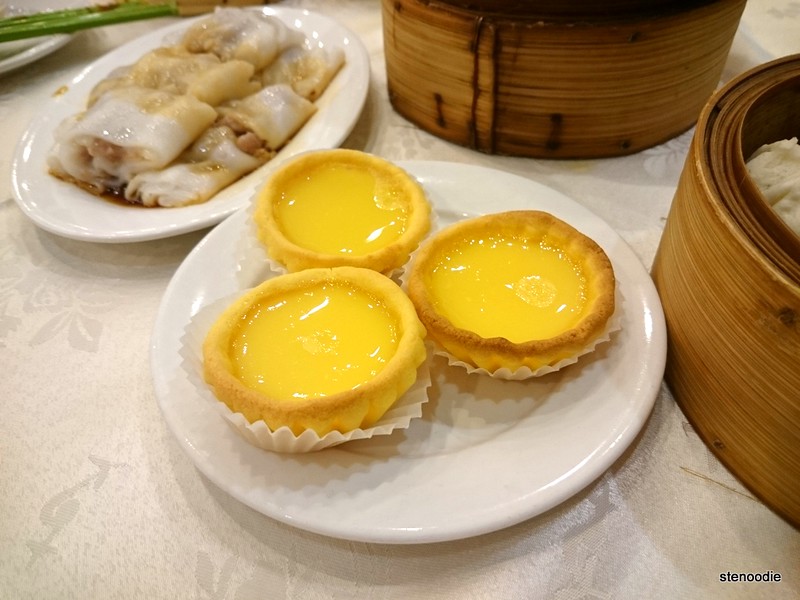 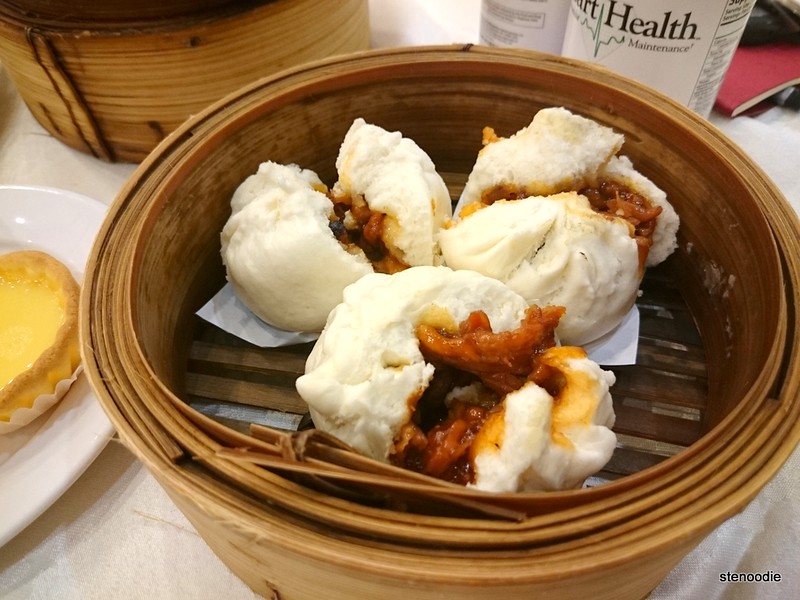 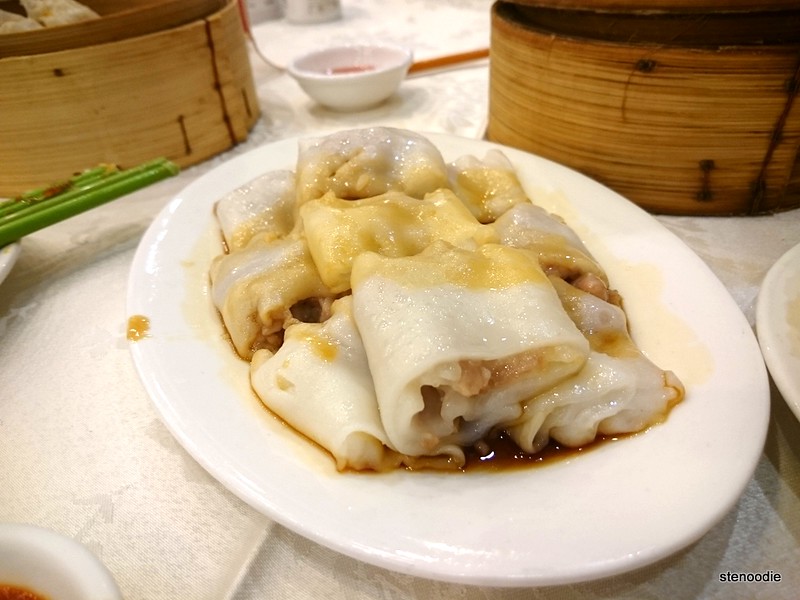 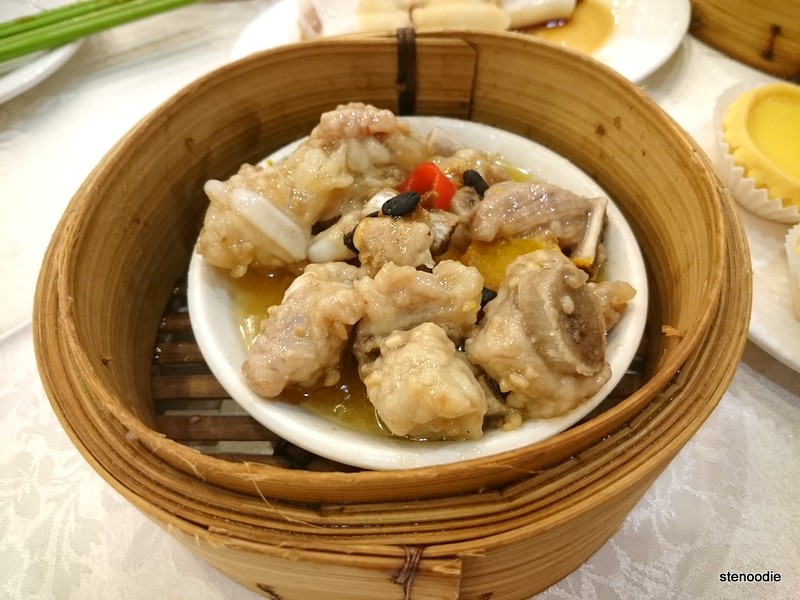 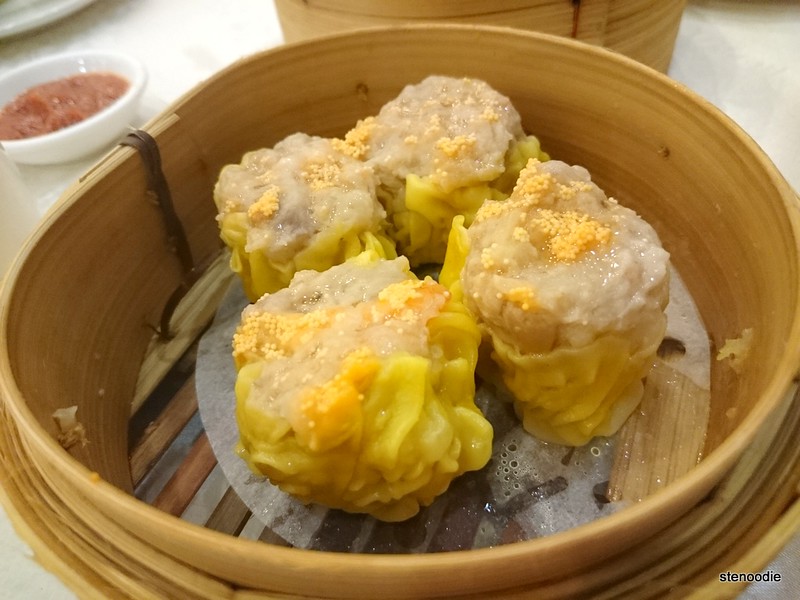 I really liked the shrimp dumplings, the ha gow, here.  They were big and plump and tasted good. 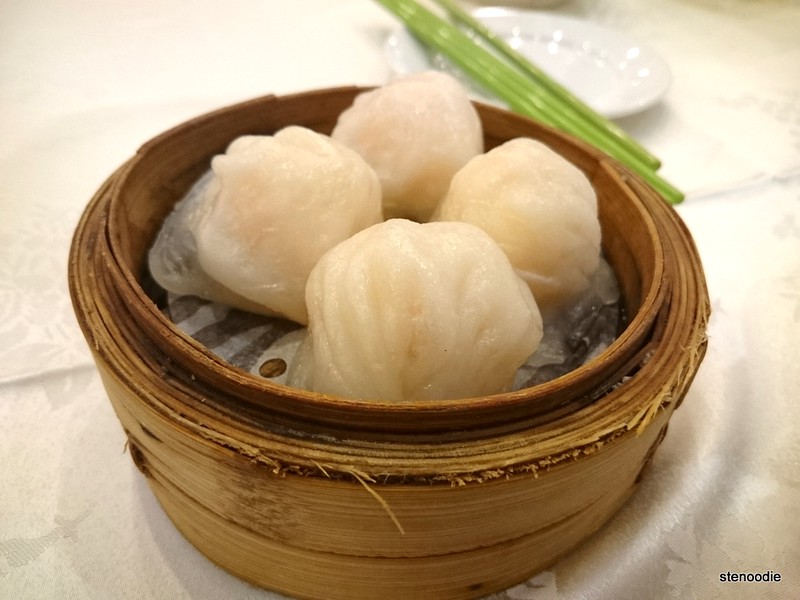 The beef tripe was pretty good too; not too chewy or rough. 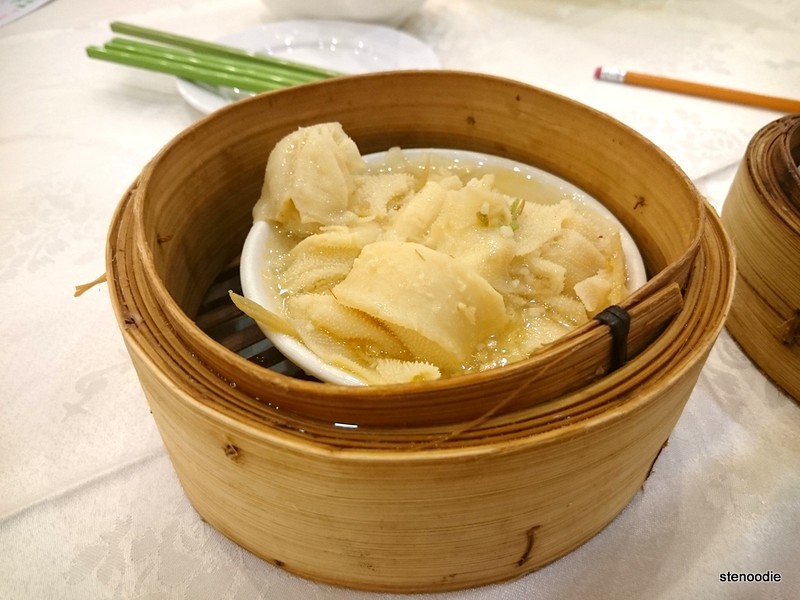 One special mention that we ordered was this coconut steamed milk.  The steamed milk pudding was actually inside the coconut!  It was so delicious.  When we were eating it, we scooped out the coconut meat too.  It was so, so good!  If anything, you must try this when you are here for dim sum! 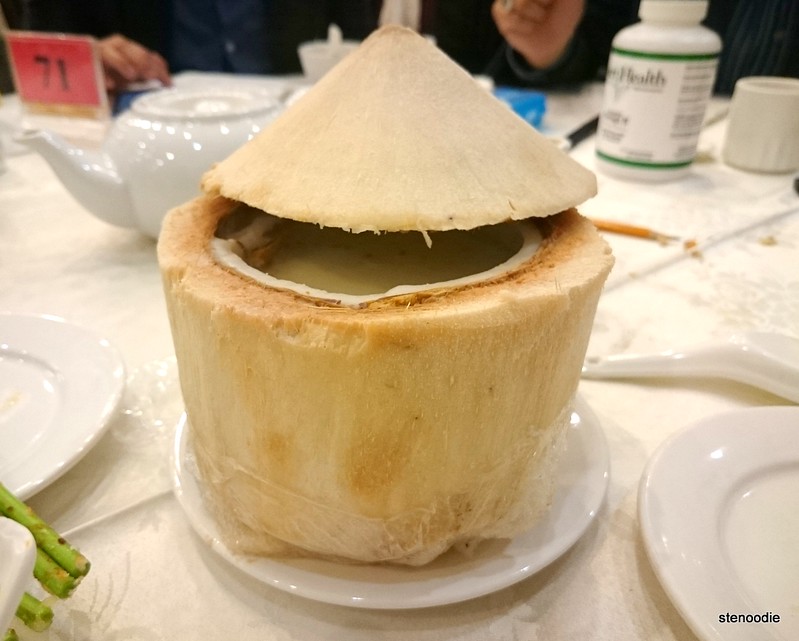 That was the majority of the dim sum that we got.  I know I have left out other dim sums here, but my job is not to cover all the food that this restaurant serves.  My hobby is to blog about the food that I ate, so here we were! 🙂

Have you been here for dim sum before?  What about dinner?  How was it?  (I remember long ago, this space used to be a superstore similar to a Sears.. then they did poorly and got converted into this restaurant.)