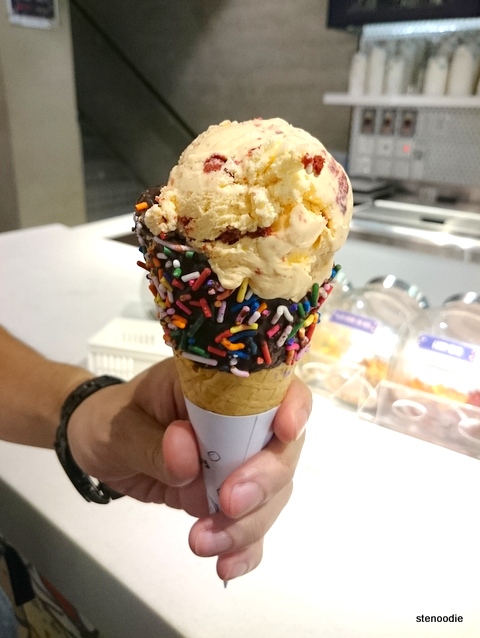 After our lunch at BEP, we walked around and stopped at Emack & Bolio’s in Central for some dessert.  Walking into Emack & Bolio’s, there were a lot of people here already and their display of premade ice cream cones behind the glass counter was so impressive and super photogenic.  (They also sold smoothies, milkshakes, and chocolates but for the purpose of this post, I am going to talk all about their ice cream.)  There were so many ice cream cones displayed upside down (with the pointy cone facing up) that were covered with Fruit Loops!  I had definitely seen anything like this before.  It was so fancy.  There were also other cones fitted with Rice Krispies, Coco Pops, and then more regular toppings of rainbow sprinkles, peanuts, chocolate sprinkles, dark chocolate, banana chips, and crushed Oreos near the bottom of the display. 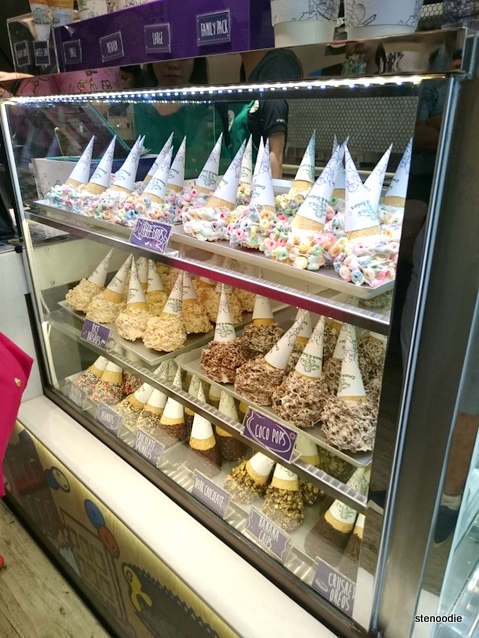 Look at all those fancy cones! 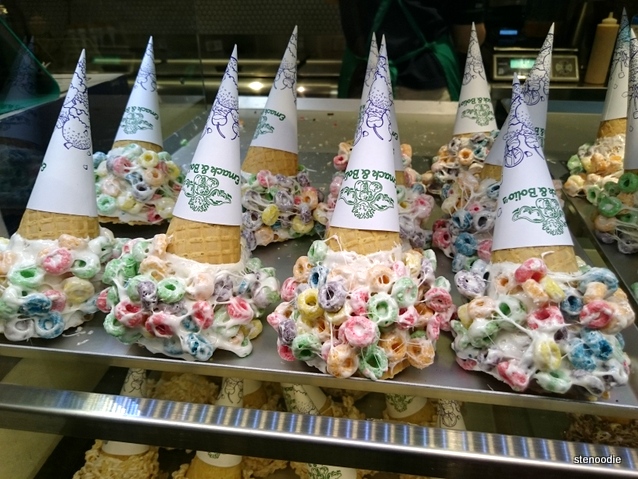 In addition to a myriad of ice cream flavours, they also had sorbet and frozen yogurt as well.  There are many other franchise locations of Emack & Bolio’s all over the world too. 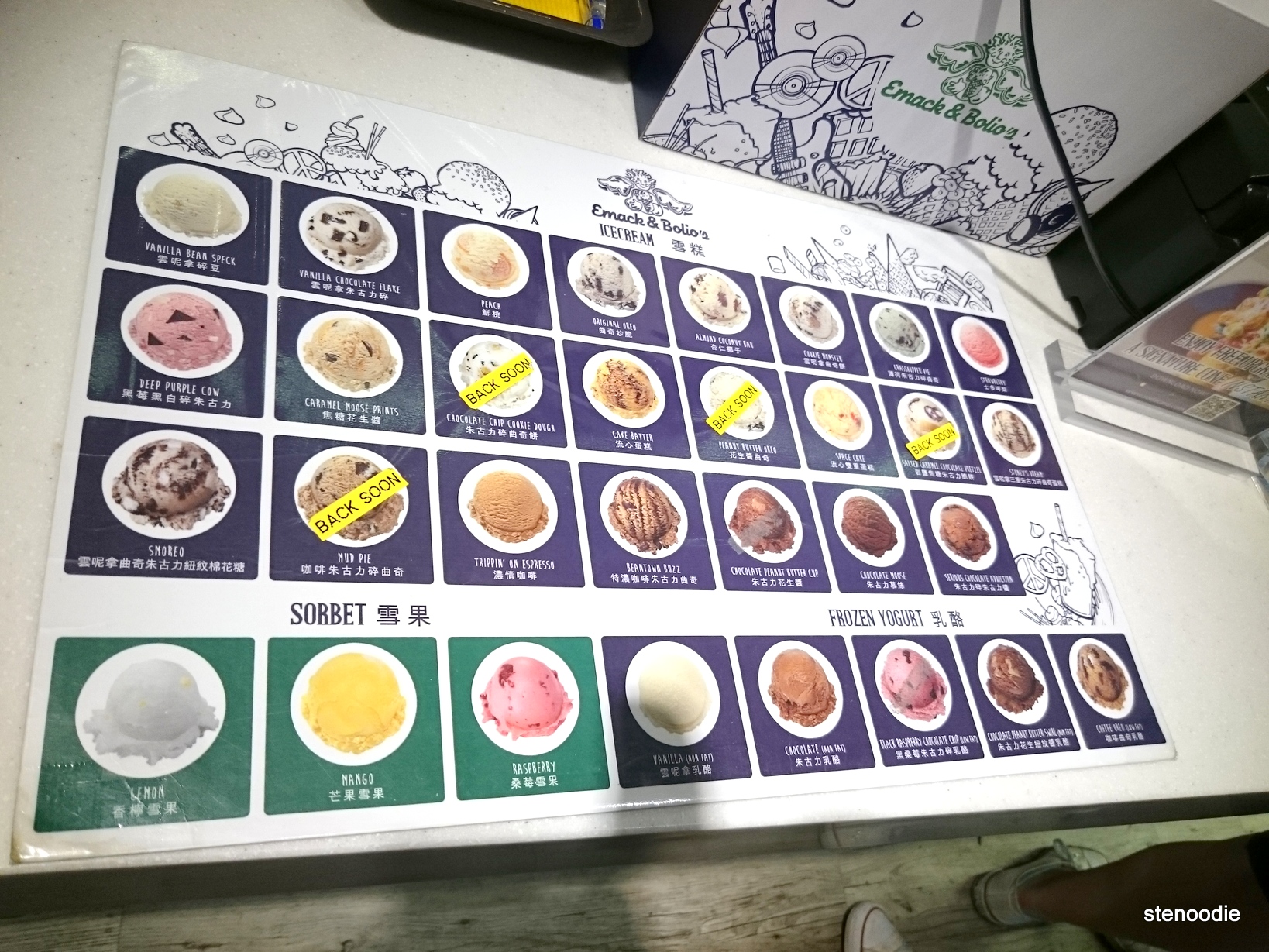 Carson recommended and picked out the Space Cake ice cream flavour for me to try.  We got it on a regular cone as he said the other ones, while nice-looking were quite hyped up.  I was fine with this since I was so full from our lunch earlier too that I probably wouldn’t have been able to finish too much of the fancy cones. 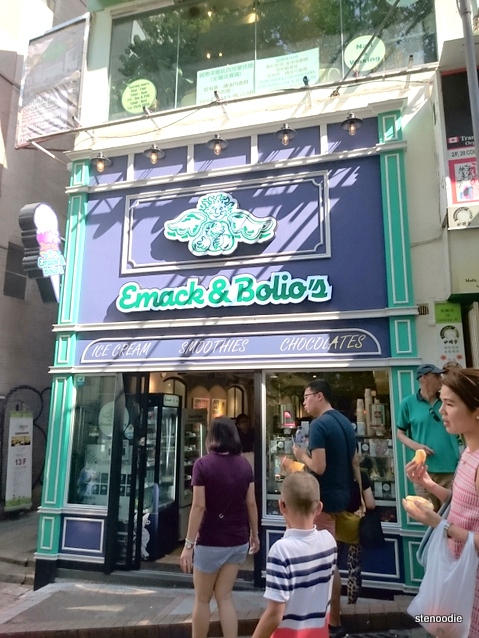 Their shop in Central, Hong Kong

It didn’t matter in the end though because the Space Cake ice cream flavour regular cone was so, so good!!  Although it was just another ice cream flavour in the thousands of possible ones in our world, there was just something about this one that was so tasty and perfectly made.  I don’t recall exactly what was in the Space Cake ice cream but all I know is that Emack & Bolio’s definitely does a good ice cream cone!  No wonder there were so many people in that shop!  Right after we got our cone, there were even more people inside that it became so crowded and packed.

I was so happy to be able to have tried out this popular ice cream parlour! 😀