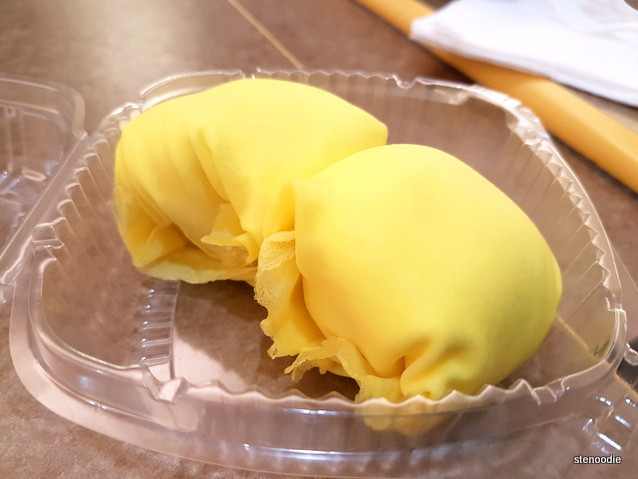 I’ve always wanted to visit Full House Desserts (滿記甜品) for their durian pancake dessert but because it is only open from 7 p.m. until midnight every day (closed on Wednesdays), I have actually never been able to try their sweet creations.  It just never happened that I was around this area for dinner or wanted to step in just for their dessert.

Thus, right after our dinner at Han Mi Jeong in the same Richlane Mall, we were here at the right time!  It was the very first time I had seen Full House Desserts open and not boarded up like they usually are during the daytime. 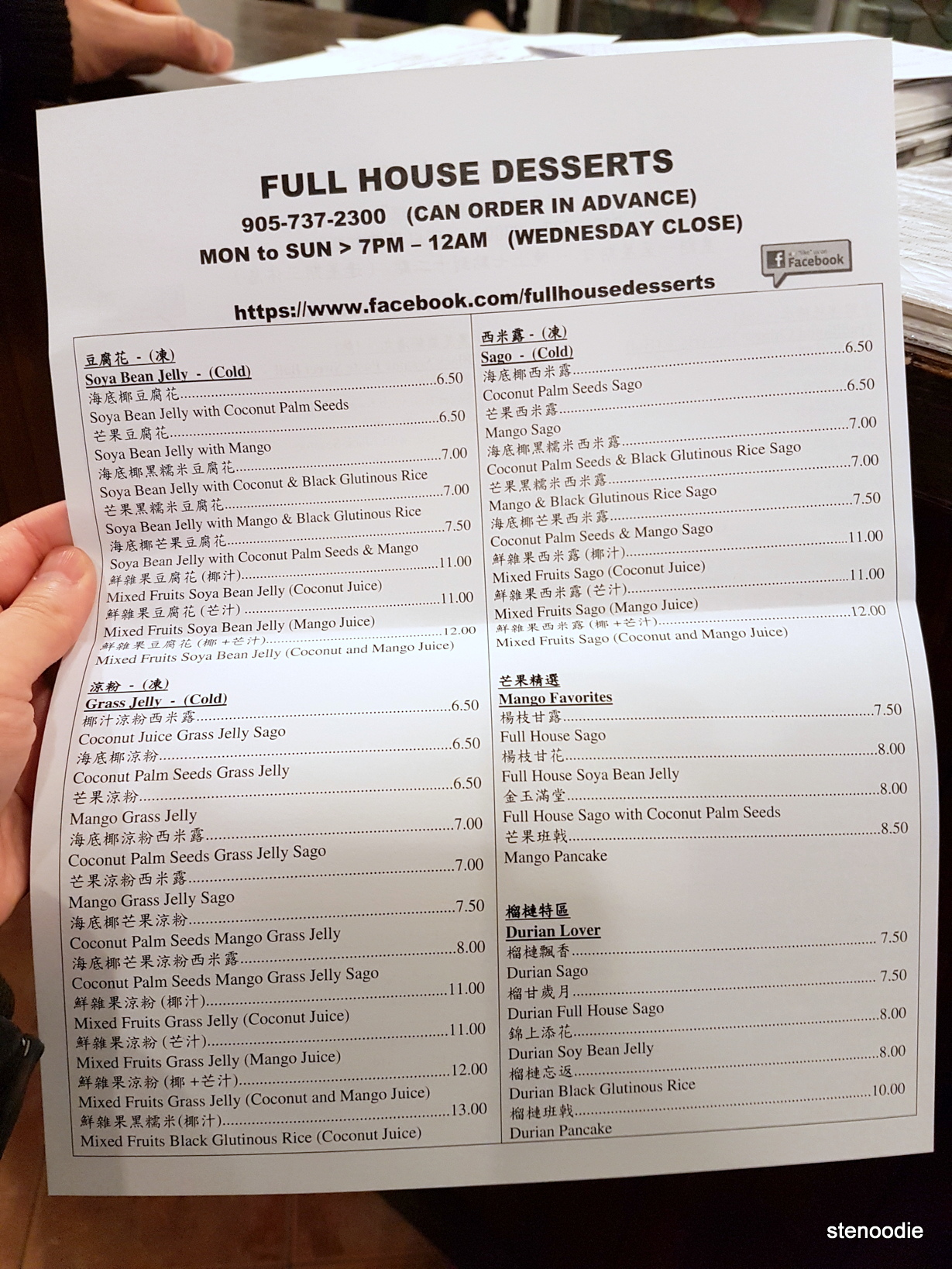 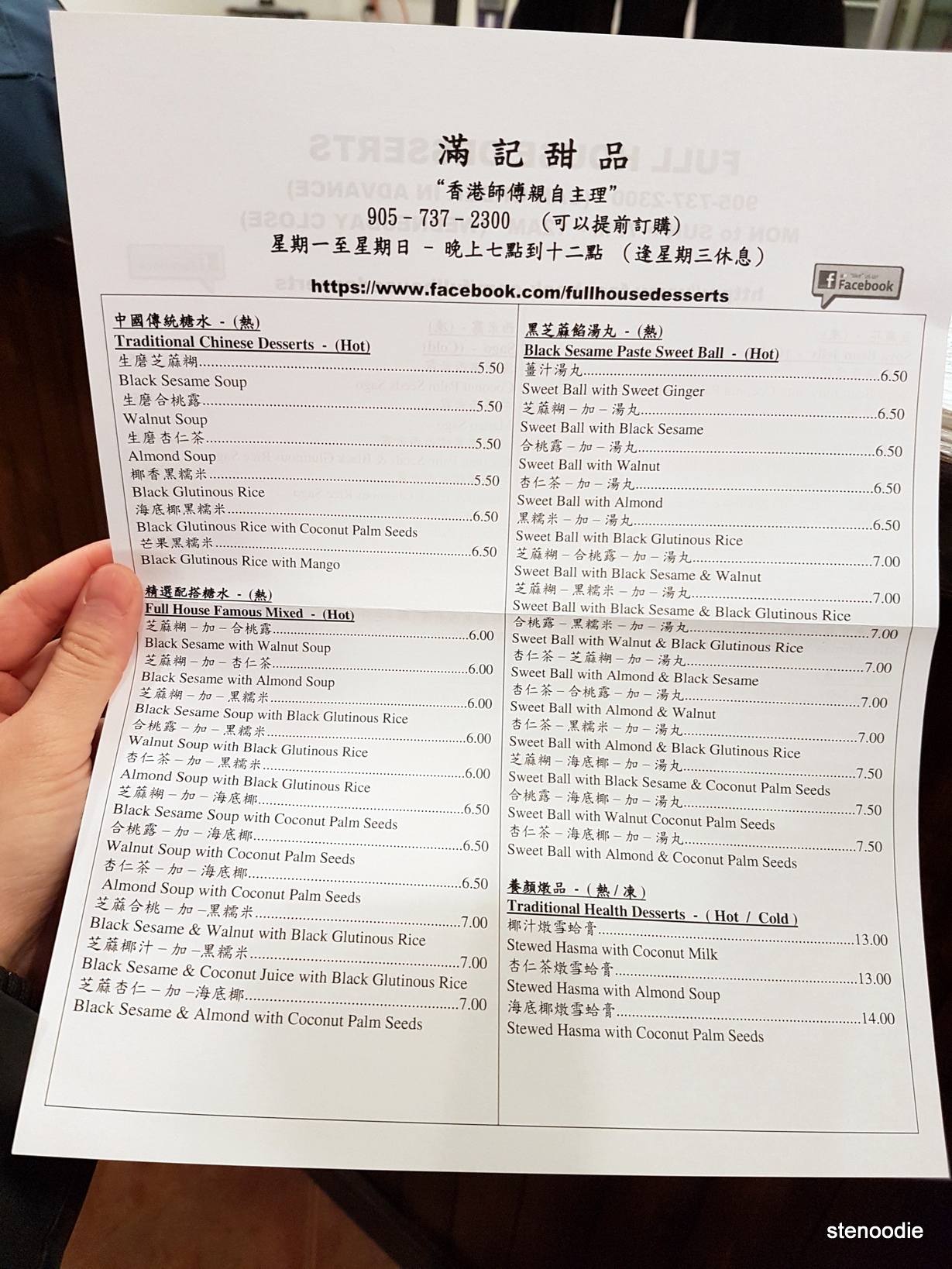 We ordered their Durian Pancakes!  I am quite sure that this is their specialty.

There were a couple of other people waiting for their orders too as we waited for ours. 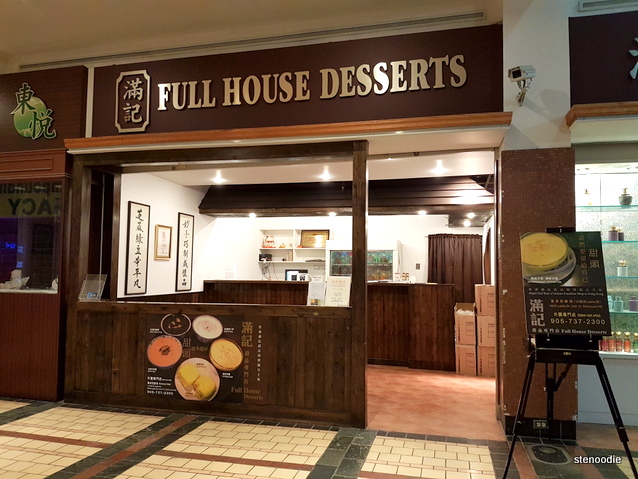 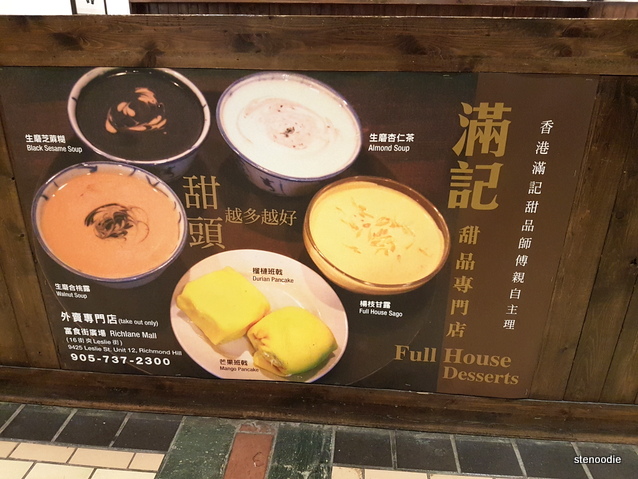 We relocated to a nearby food court to try these babies out. 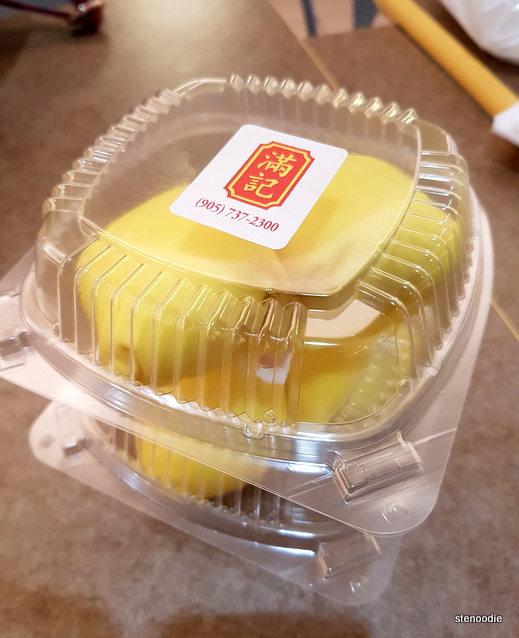 I have had durian pancakes before (in the motherland of Hong Kong to say the least) and so it speaks volumes when I say that these Durian Pancakes were actually better than any other durian pancake I’ve ever tried and better than the ones I’ve tried in Hong Kong.  What?!  How can that be?!  I was so shocked and surprised myself too! 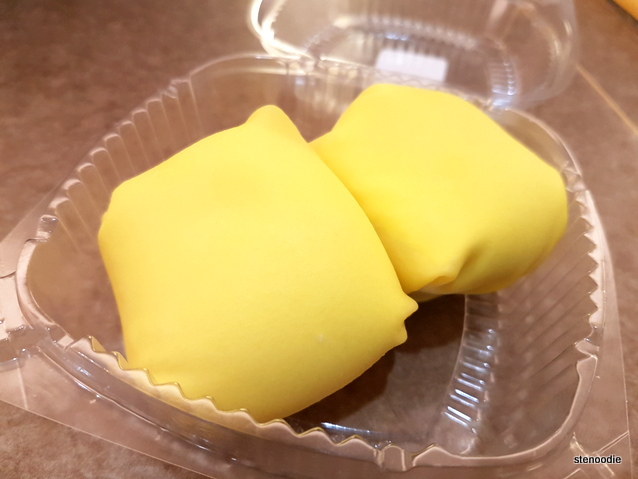 These yellow durian pillows (tasted and felt like it) were so fluffy and soft.  The skin of the pancake was incredibly thin and soft.  It was amazing how well-made these were.  Inside of the pancakes, there was some whipped cream and some substantial chunks of real durian fruit.  Wow, it was amazing.  It smelled so good and didn’t even taste like frozen durian too.  It was seriously amazing! 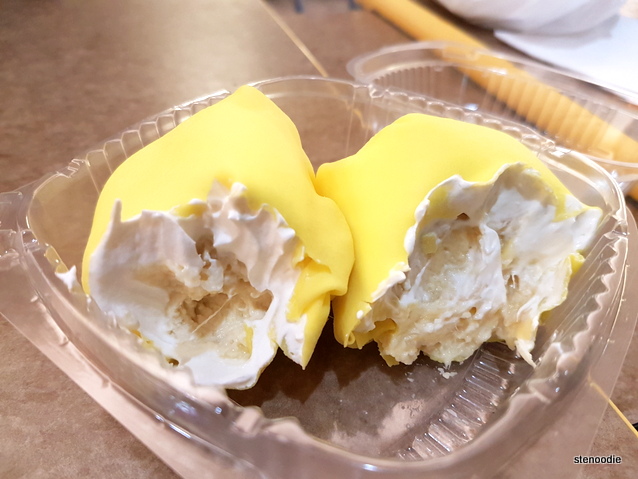 Just look at the creamy and gooey durian inside the pancakes!

We didn’t try the other Chinese traditional desserts on this visit but perhaps in the future! 🙂 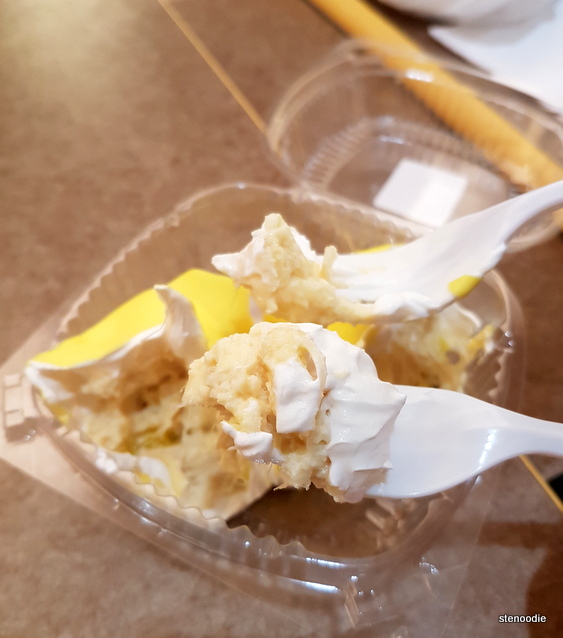 A forkful showing you the durian and cream inside

(By the way, $10 for one order [containing two of the pancakes] was actually quite pricey.  But after you try these out, you probably will think these are worth it at least one time since they were so very, very good!)