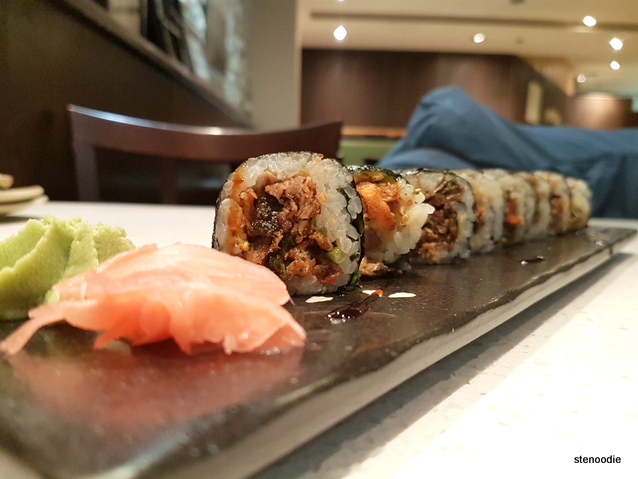 It was a late Friday night and since the babe hadn’t eaten dinner yet, I accompanied him to have sushi at Ichiban Fish House Japanese Restaurant.  This Japanese restaurant is located inside Richlane Mall and apparently is one of the oldest Japanese restaurants that has occupied this spot.  We were one of two last customers of the day since it was almost 10 p.m. when we arrived and the restaurant closed at 11 p.m.

Ken ordered two rolls out of the menu which was actually a homemade photo album of photos of their sushi rolls, sashimi, bento box sets, appetizers, and more.  I thought it was a very creative and affordable way of creating a menu where customers could easily view the selections in visual form and the restaurant could add or remove items as they saw fit. 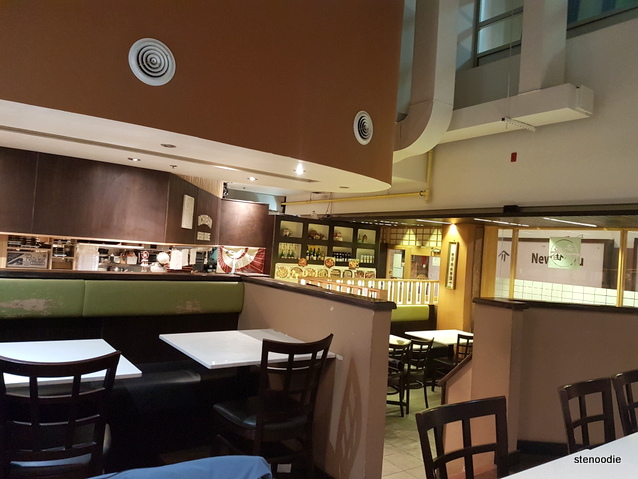 The interior from our table

Before our orders were placed, the server brought us each a bowl of miso soup and fresh salad each.  Little did she know that I wasn’t actually there to dine in lol.  I tried a sip of the miso soup and a few bites of the salad just to try it out and I liked how the salad was really fresh. 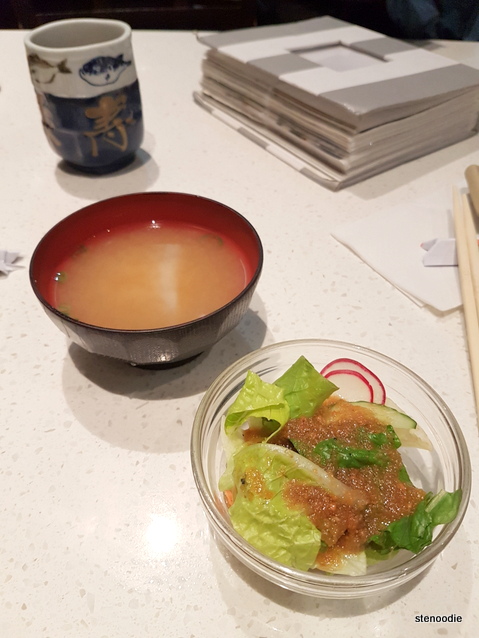 The Lobster Roll was presented in a nice way, with the lobster tail sticking out of one of the rolls and the eight-piece roll divided up in a half formation on the plate.  I tried one roll and I agreed that there wasn’t very much lobster in the roll.  Ken thought that the lobster shouldn’t have been fried with a tempura batter; it took away from the lobster taste in the sushi roll. 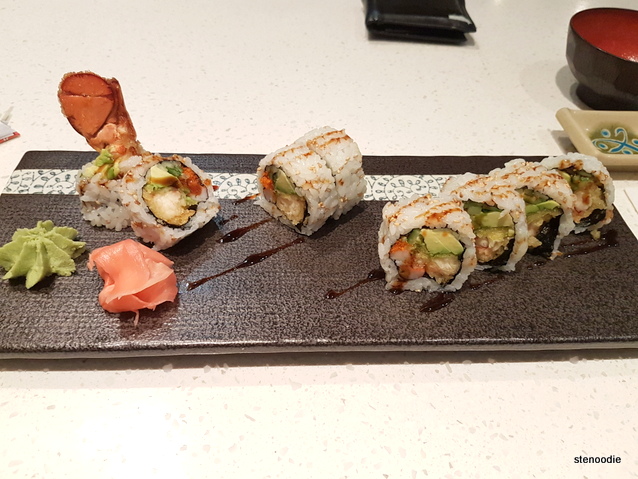 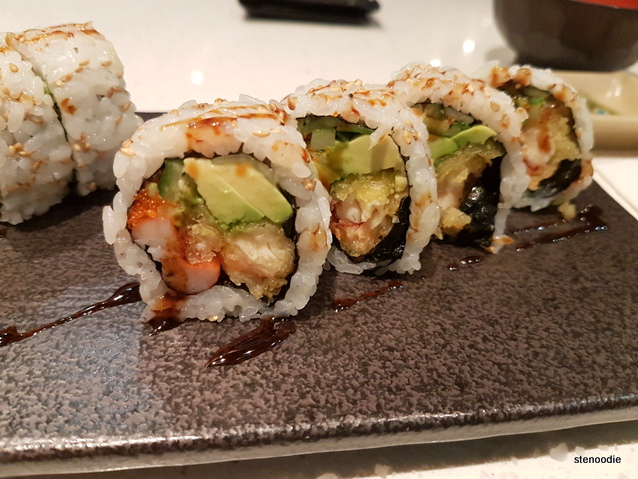 Close-up; you can see that there wasn’t very much lobster meat in the roll

The Fried Salmon Skin Roll was a new roll I don’t think I’ve tried before.  It was interesting and its insides were all fried salmon skin.  It was very crunchy but otherwise I wasn’t a huge fan of it.  Nowadays, I tend to eat sushi where the rice is rolled on the outside so it was refreshing to try a sushi roll where the nori was outside of the roll. 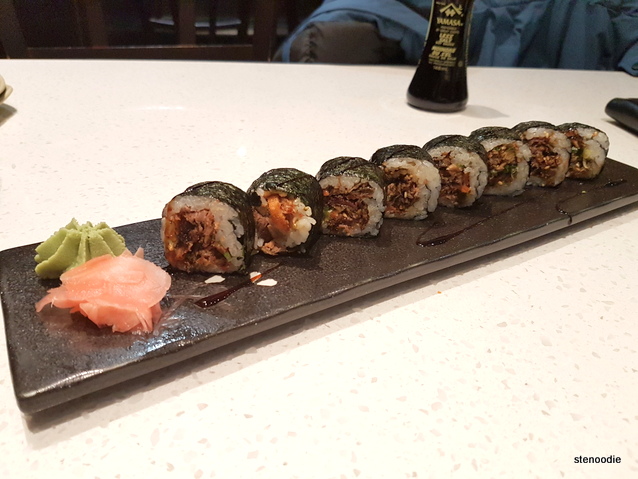 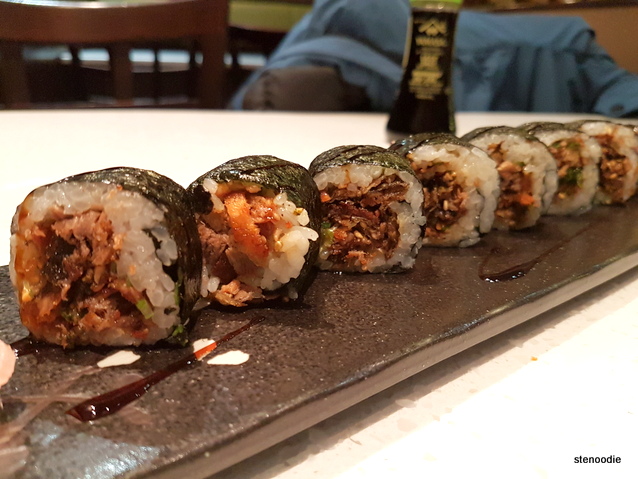 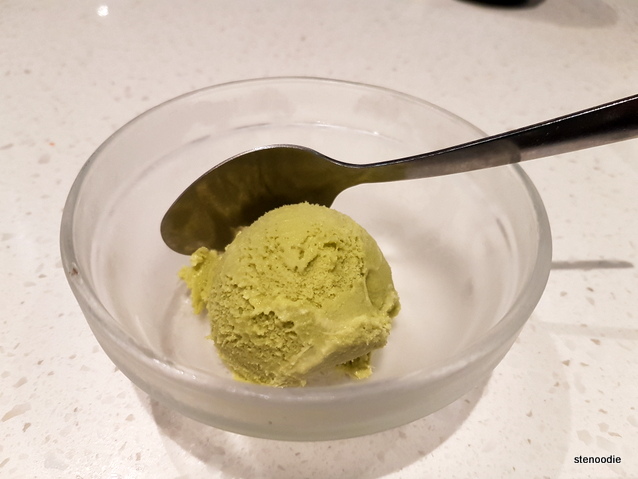 I can see why this restaurant is popular and has remained a formidable sushi player in the restaurant game.  Its space was comfortable, the sushi decently priced, and tasted good too.  Perhaps I’ll return again to try their other selections. 🙂

The storefront inside Richlane Mall