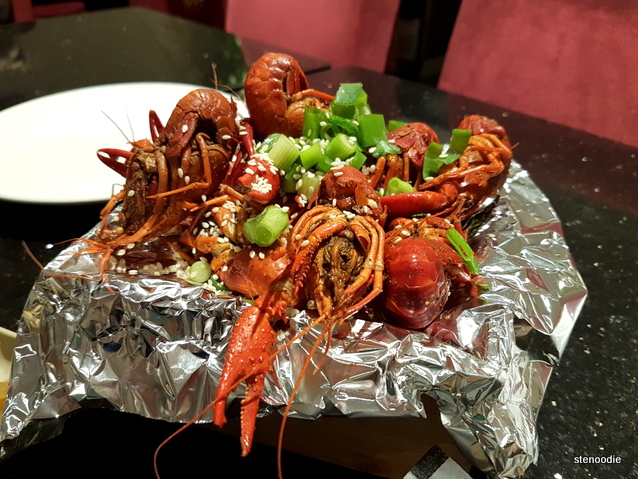 October 13, 2017:  Last night, we went for dinner at Mr. Roc’s Crawfish (龙虾君洛克) to try out their food after reading the BlogTO article about them.  As always, BlogTO tends to hype up the restaurants they feature with a very appealing heading but it’s up to the reader and customer to read into whether the hype is real or not.  This restaurant opened up around August this year.

We entered the restaurant ten minutes before 8 p.m. on a Friday evening and there weren’t too many people inside the restaurant.  It was moderately busy. 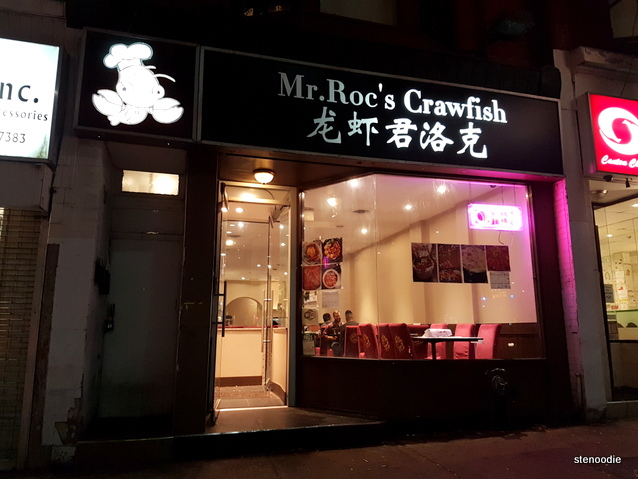 Located south of Dundas on Spadina

The restaurant is a no frills kind of Chinese restaurant where the servers speak Mandarin.  The menu was very simple with three types of crawfish, crab legs, mussels, appetizers, main courses, chicken coconut hot pot, and additional garnishes to add to the hot pots. 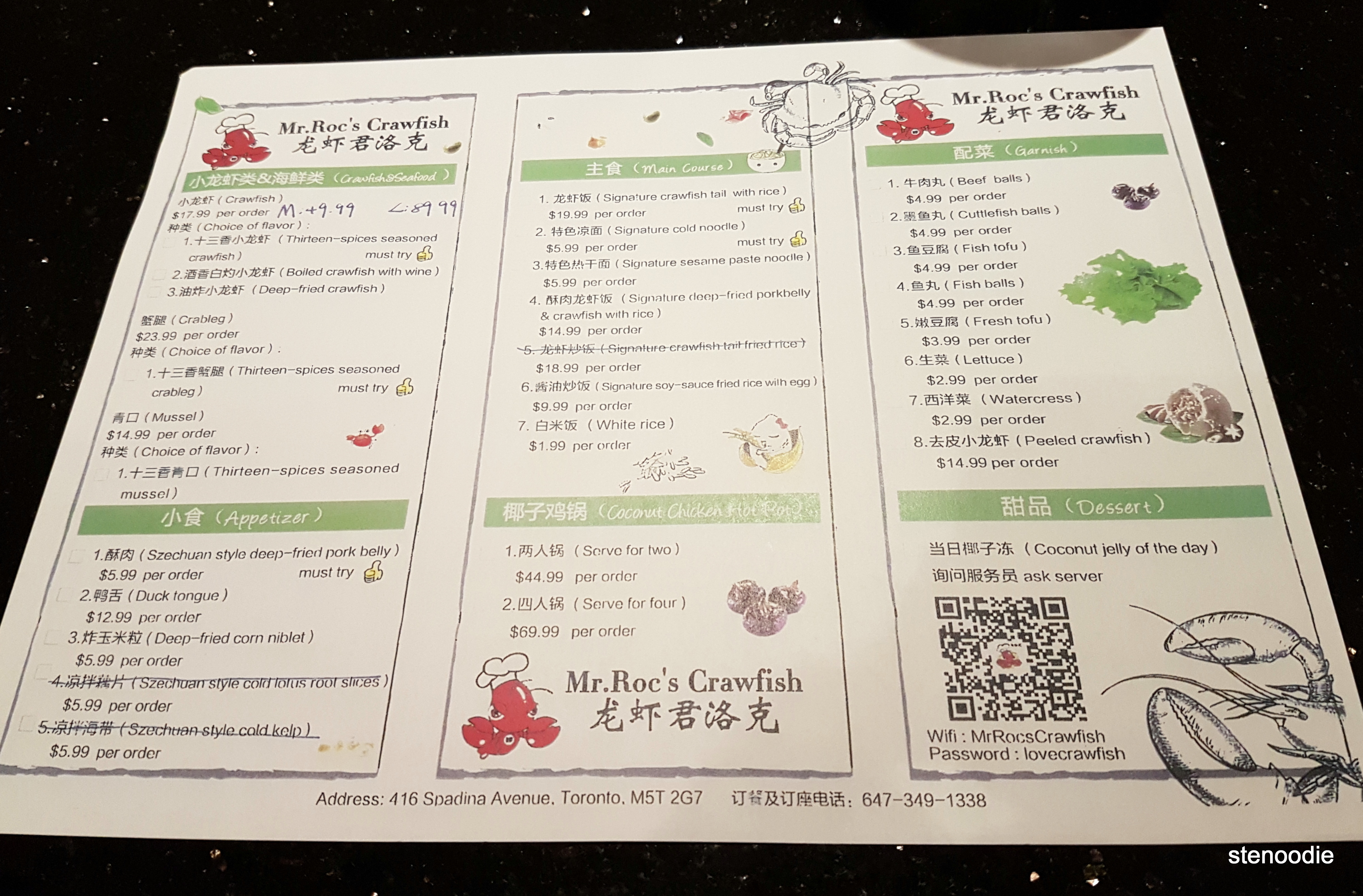 We ordered one order of crawfish prepared in their “Thirteen-Spices Seasoned Crawfish” style, Szechuan Style Deep-Fried Pork Belly, and Signature Cold Noodle.  The prices were quite reasonable.

We were given a very small platter of pre-appetizers.  It was some kind of salty peanuts, nuts, and jellyfish.  The pieces were so small!  It was like a child’s snack.  XD.  I liked the green salty peanuts though. 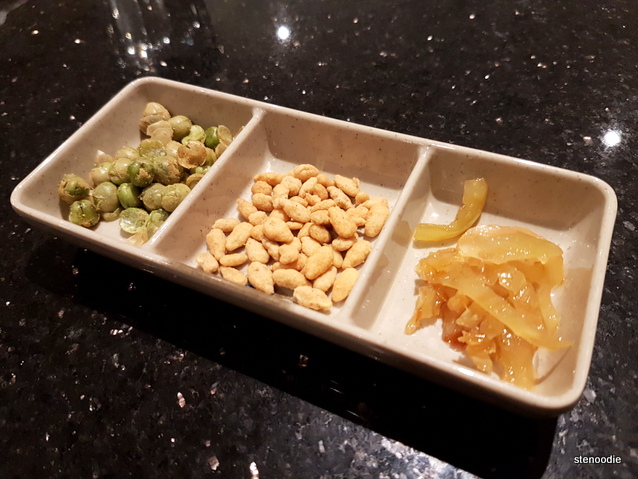 The Signature Cold Noodle was the first to arrive.  I was super impressed with this dish!  Although it was just plain cold noodles with some carrots, raw green onions, and chili peppers, after mixing it all together, it became the most refreshing and tasty cold noodle dish ever!  Despite the pile of chili peppers on top of it, it wasn’t spicy at all either.  This was so good! 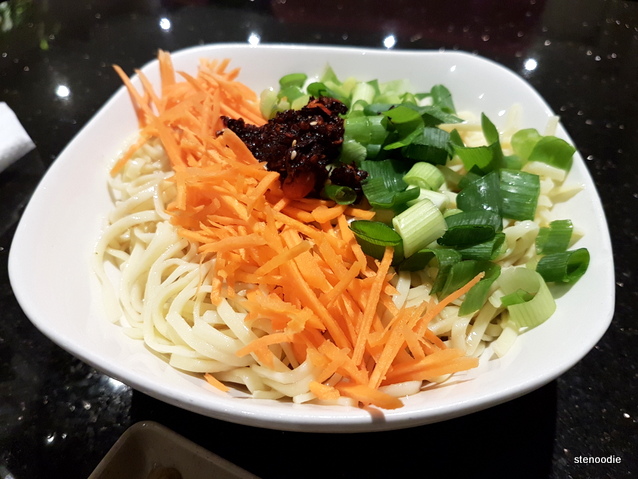 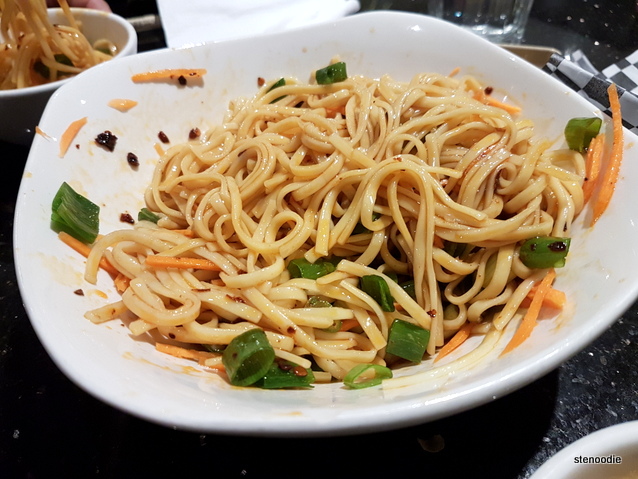 After mixing it up

The Szechuan Style Deep-Fried Pork Belly arrived next.  I don’t think I’ve ever had deep-fried pork belly before.  Its appearance was similar to popcorn chicken.  It wasn’t Szechuan spicy either.  It was nicely fried. 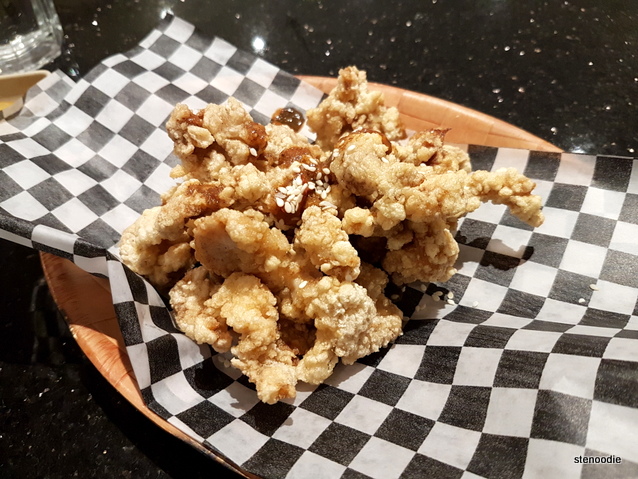 The “Thirteen-Spices Seasoned Crawfish” was delivered in a square dish with tin foil.  The crawfish were covered with the spices both externally and internally too.  When you peeled apart the shell, the crawfish meat was thoroughly soaked and seasoned with the spices.  It wasn’t very spicy either surprisingly.  It was actually more salty than spicy.  The crawfish was quite meaty and pretty good. 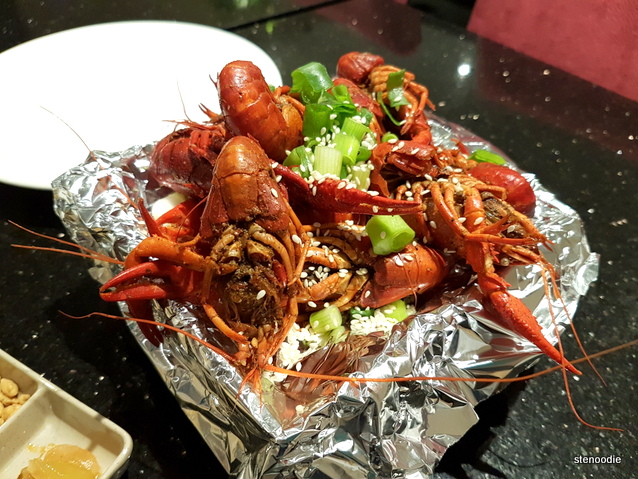 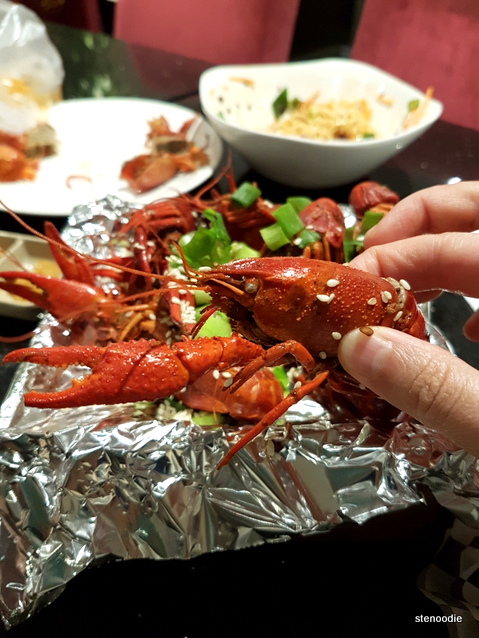 I’m glad that we got to try out this BlogTO-recommended spot! 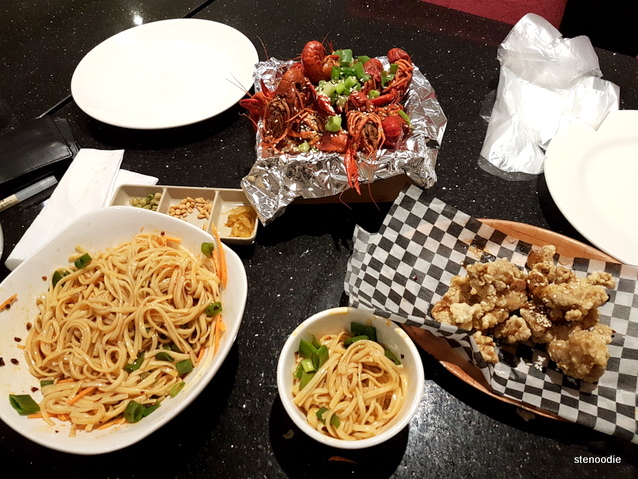 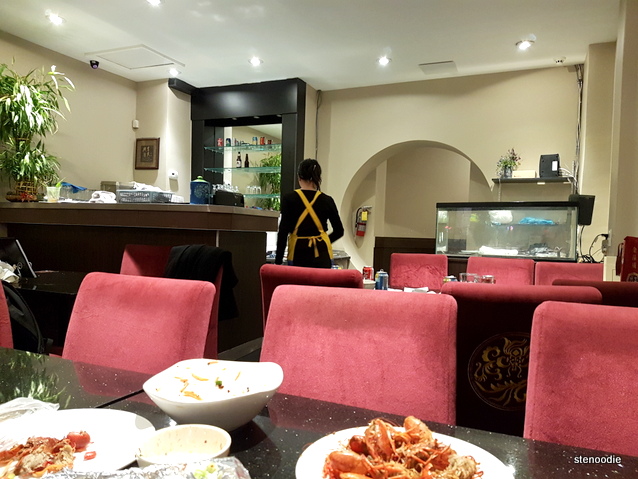 I found it so cute that the servers all wore minion aprons!