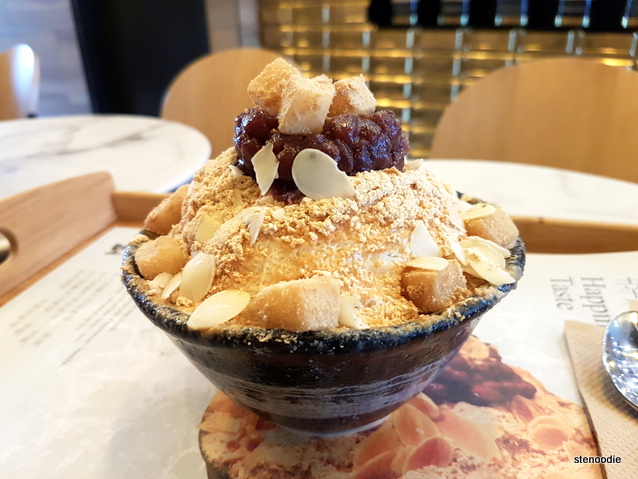 October 15, 2017:  Yesterday, I went to the newly opened Dear & Fro, a dessert spot at Midland and Finch in Scarborough that serves up the Korean inspired bingsu, a shaved ice dessert with freshly cut fruits, flavoured syrup, and ice cream.  They just opened on October 10, 2017.  Sweven Media provided me with two dessert vouchers for me to go on my own time to try this new dessert cafe out.

It was my first time having Korean bingsu in Toronto despite so many other spots having been opened up already. 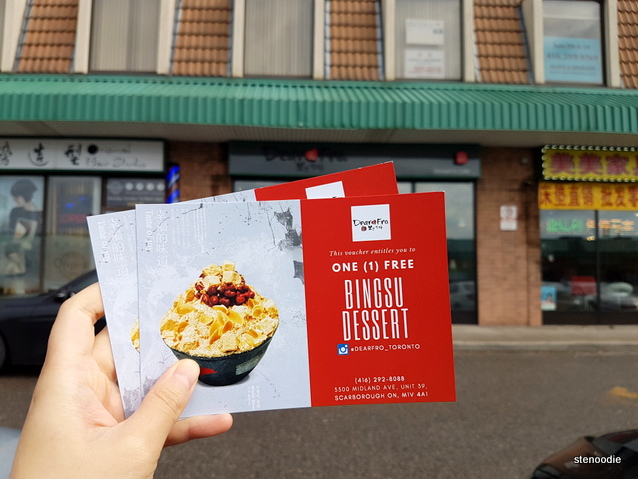 The interior of Dear & Fro was very cute and perfect for the modern Instagrammer.  I say this because the booth seats had colourful throw patterns on them, there were wooden elements in the design of the restaurant, unique hanging lights, an entire wall of fake shrubbery (that would lead itself to the perfect Instagram photo), and a little nook with a fake tree and comfortable lounge chairs for relaxing. 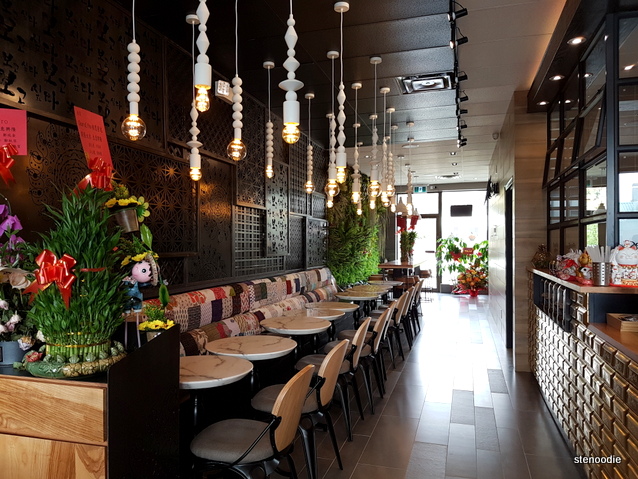 The interior was gorgeous! 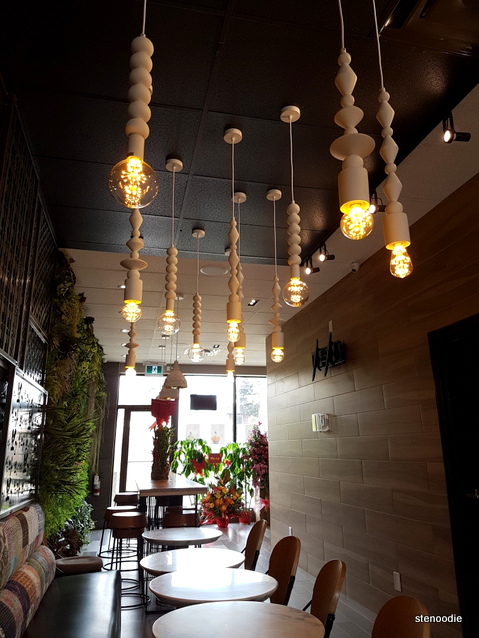 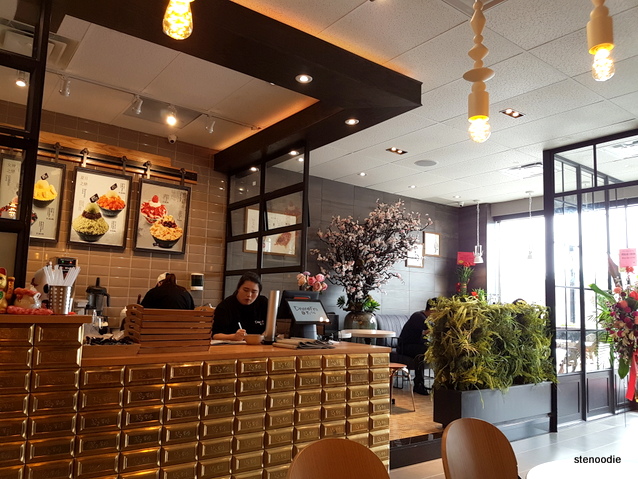 Ordering counter and a little corner space for seats 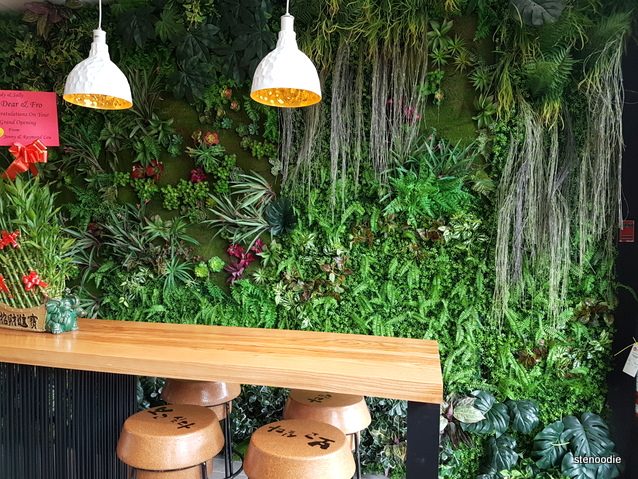 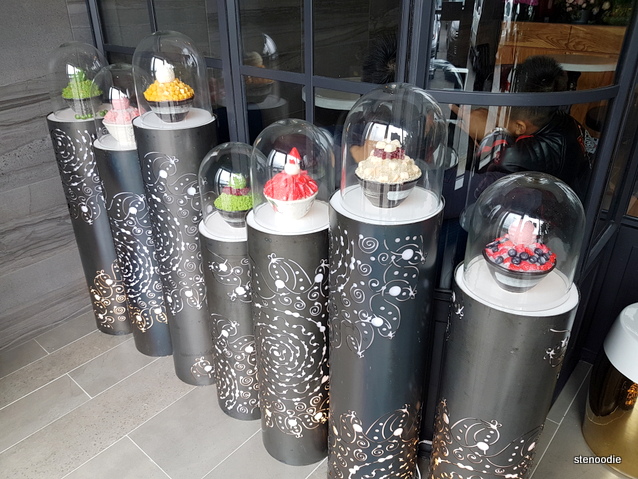 Plastic molds of their desserts on display

Dear & Fro serves bingsu and also fruit cups and cheesecake in a cup.  On this visit, I tried two of their bingsu. 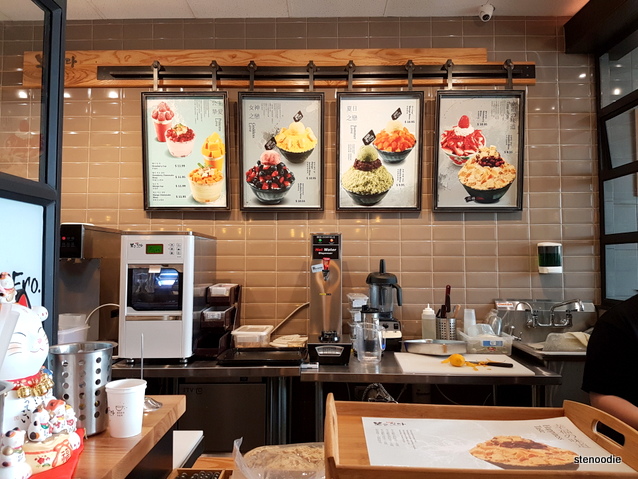 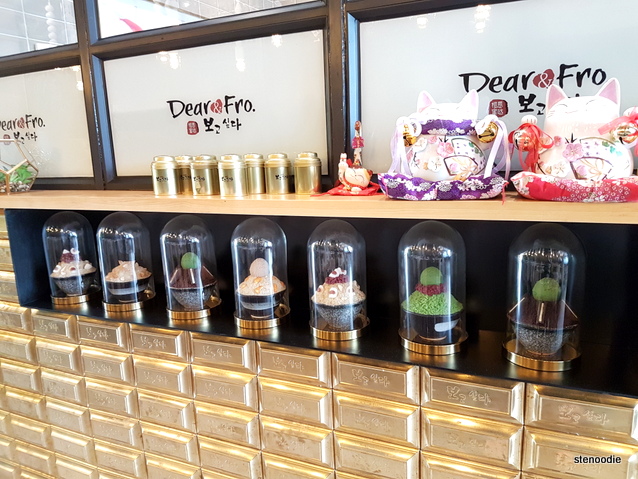 We had arrived at 1:15 p.m., fifteen minutes after they just opened for the day.  After placing my order, the staff manning the cashier told me that it would take about ten minutes for the dessert to come out.  In fact, it actually took 20 minutes for the dessert to be ready.  The two desserts were also served separately (a good and bad thing; good because you could enjoy the desserts separately without one melting too quickly but bad if I wanted to take the two desserts side-by-side for a better photo composition). 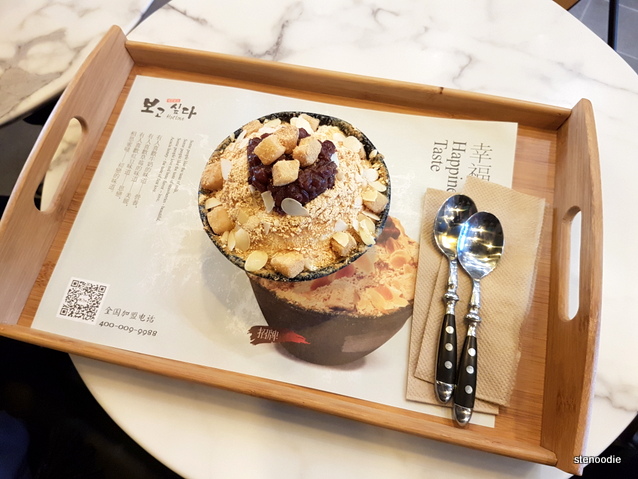 The Injeolmi Bingsu was really good!  It had Korean glutinous rice flour, mochi, sliced almonds, and sweetened red bean paste all atop a bowl of finely shaved ice.  I remember the shaved ice that I had in South Korea the last time I was there, it was actually shaved ICE.  For this bingsu, the shaved ice was like little individual flakes of snow.  (Actually, I believe it was shaved milk or milk powder and not ‘ice’ as in frozen water.)  It was so soft, refreshing, and not too sweet.  It was light in taste too!  I was really impressed with this.  It tasted like eating snow but was flavoured.  The mochis were chewy, the almonds were so thin and went so well with the shaved ice as did the red bean paste.  The red bean paste wasn’t too sweet either.  I couldn’t believe how delicious this bingsu was! 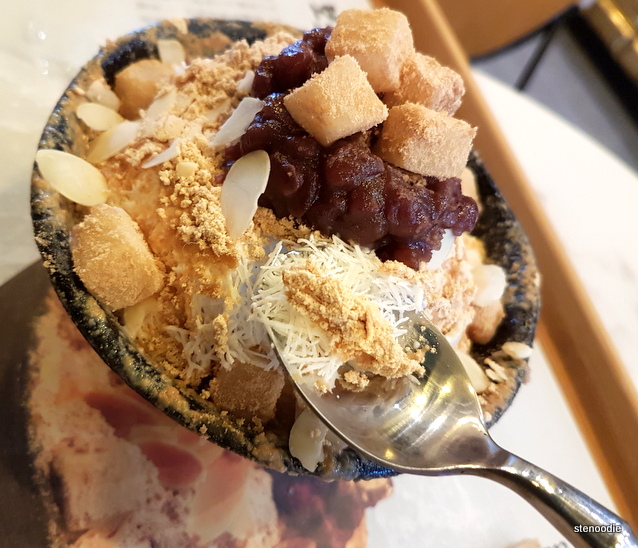 Look at that amazingly fine shaved ice! They are all individual strands of ice 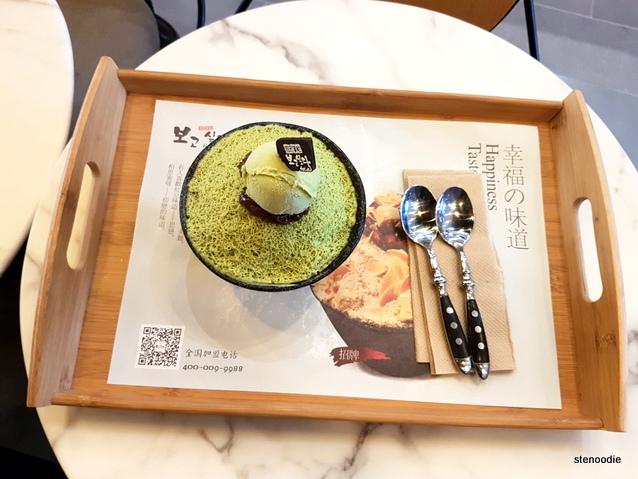 After a while, the Matcha Bingsu was served to us too.  The matcha shaved ice was topped with a piece of chocolate, a scoop of matcha ice cream, and sweetened red bean paste.  This dessert had a very obvious matcha taste to it which was good!  Taste-wise, I liked the Injeolmi Bingsu much better since it had so many more toppings on it.  The matcha taste was very good but just more plain. 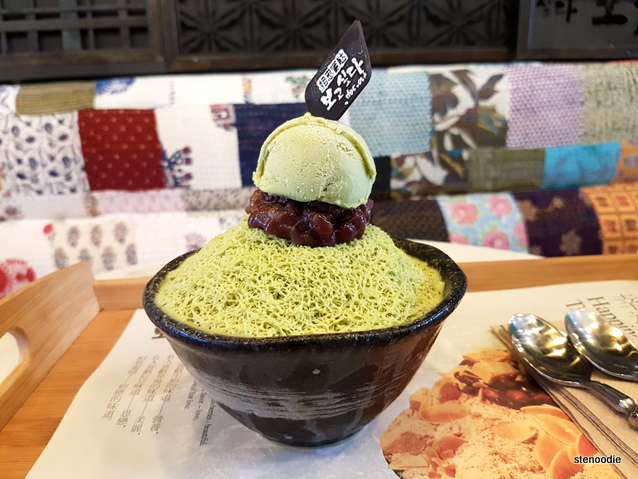 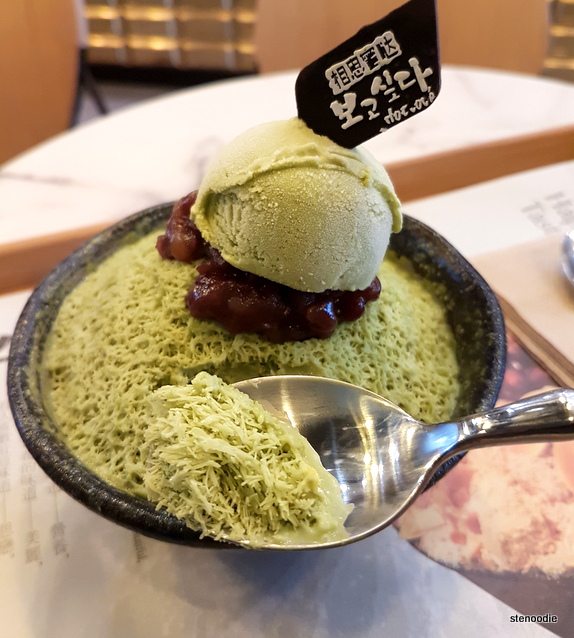 This might have been more melted than the other one; the matcha shaved ice wasn’t as solid as the other

Thank you Dear & Fro for having me to try out your desserts!  Wishing you all the best in your soft opening period!

During their soft opening period, the desserts are 10 percent off.  As well, they will be giving away fifty (50) free bingsu desserts on October 21 and 22, 2017 to the first customers to line up.  They open at 1 p.m.  Good luck! 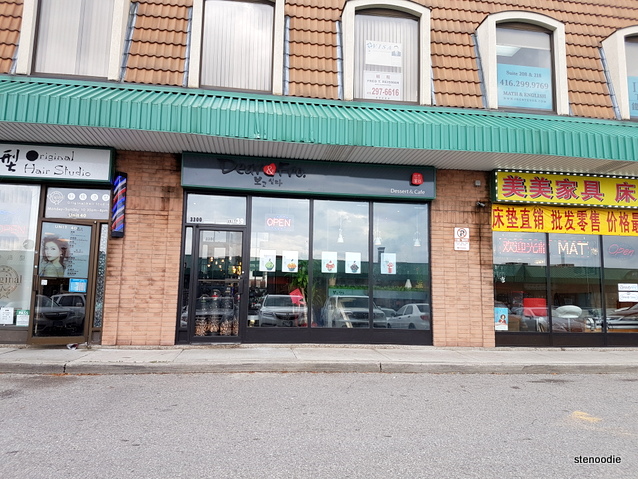 FTC Disclaimer:  Although Sweven Media reached out and invited me to a complimentary tasting at Dear & Fro, the opinions expressed here represent my own and not those of the companies.