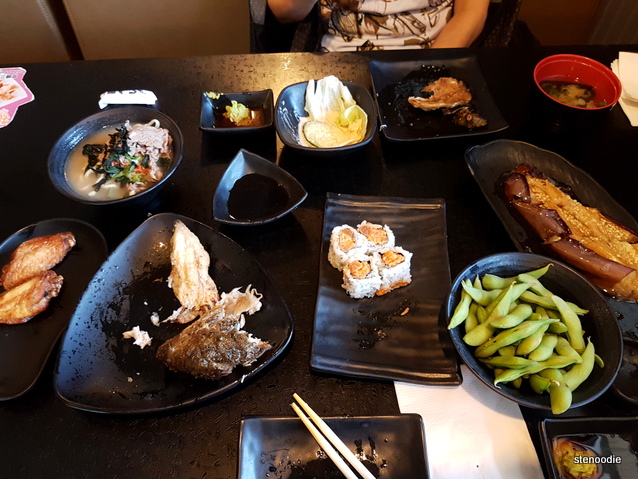 After our trip to Hong Kong where I had a number of good sashimi meals during buffets, I was craving for something similar so my mom and I went to Yang’s Kitchen on a Monday for lunch to satisfy our post-Hong Kong vacation meal cravings.

We arrived a few minutes after 11 a.m. since that was when they opened for business.  There were already some other customers ahead of us; I guess they had been awaiting the opening too.

The selection of items on their lunch buffet is reasonable.  The lunch buffet currently stands at $17.99 at the time of posting.  (Previously, it used to cost $16.99, $15.99, etc. but obviously with the economy, they have gradually increased their prices.) 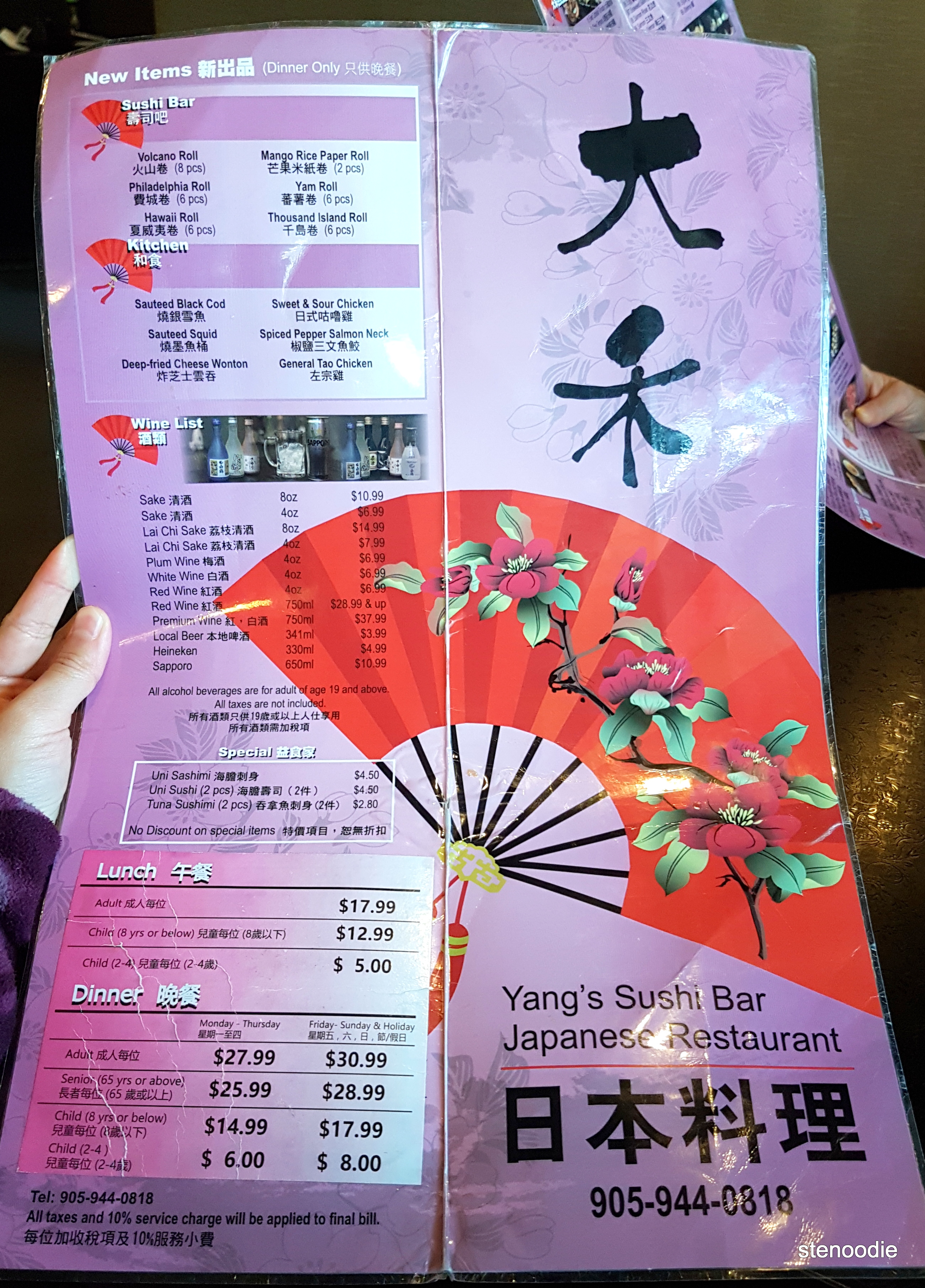 Prices and lunch and dinner buffet 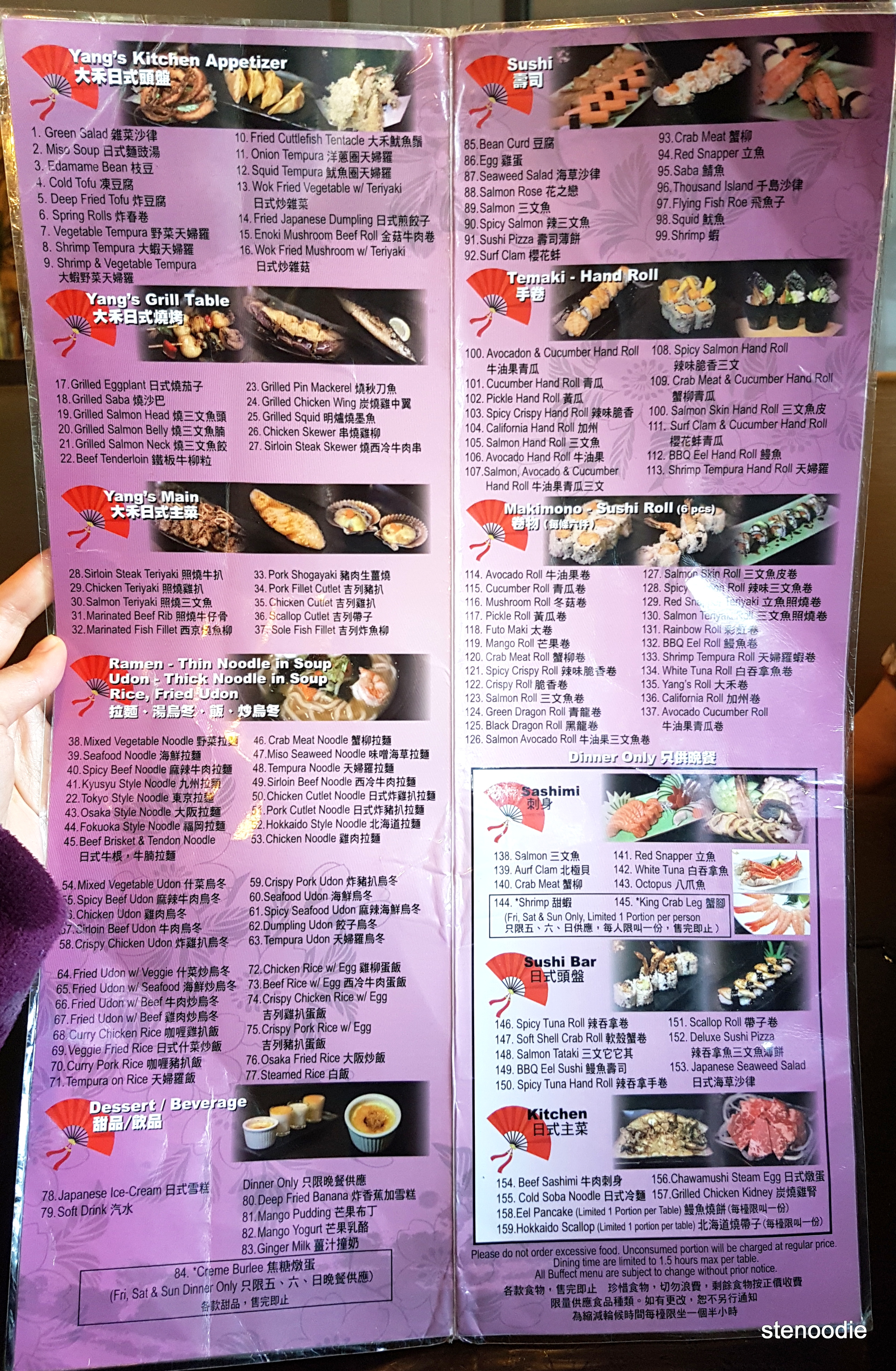 We ordered about two rounds of food.  I liked the food!  They have more items and actual sashimi during their dinner service (since the price is higher than for lunch).

The service was actually really fast here.  Very soon after we placed our order, our items came in and nothing was missed from the list.

Their wasabi was actually quite spicy (the nose-numbing kind). 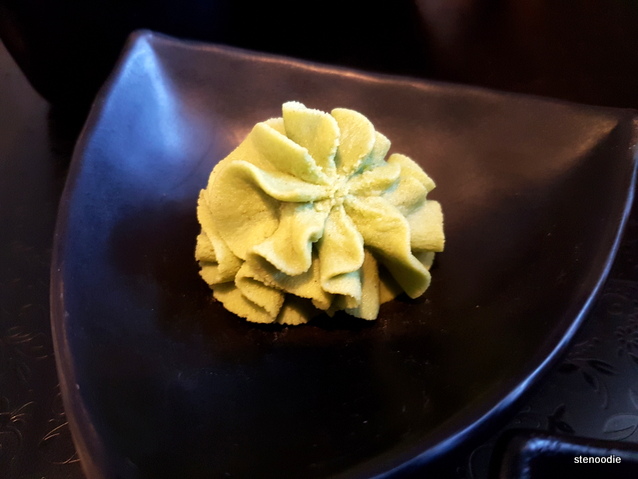 The Green Salad was fresh. 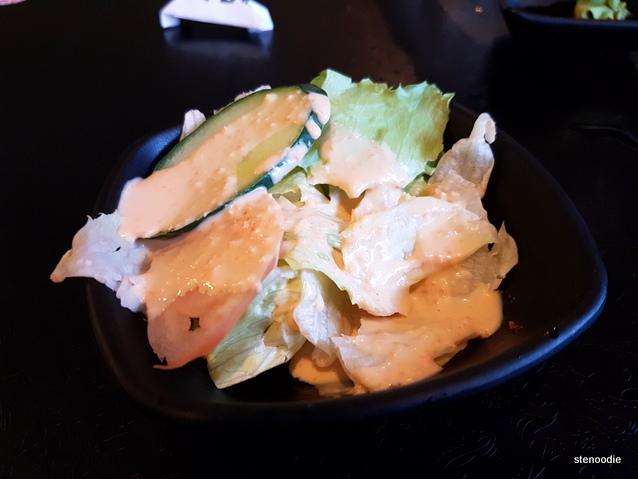 I was a bit disgruntled they served this fried dish to us first; fried foods can feel you up so easily and especially at the beginning of a buffet, it just isn’t ideal.  However, this Sole Fish Fillet was so tasty and delicious that it didn’t make a difference to me anymore.  It was so lightly breaded and crispy!  So yummy. 😀 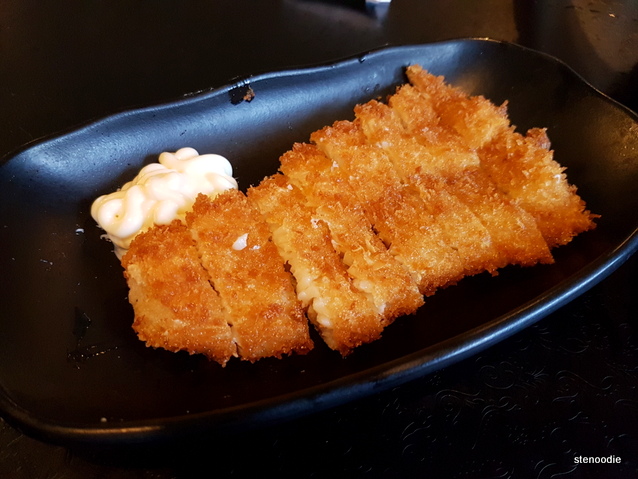 This Grilled Eggplant was a lot bigger than we expected!  It was good. 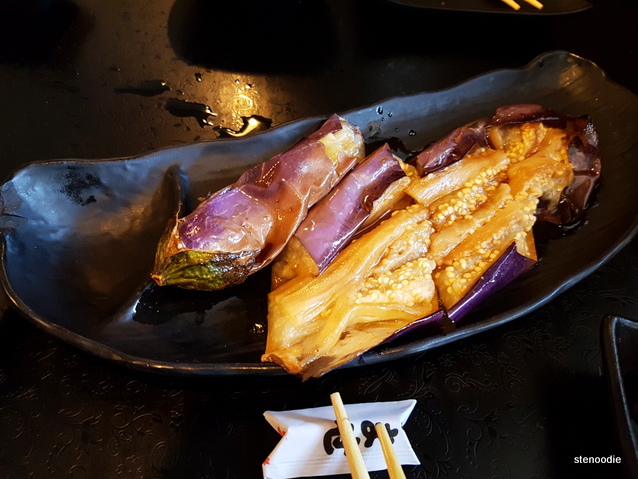 The Enoki Mushroom Beef Roll was actually so, so good!  The beef wrapped around the enoki mushroom wasn’t tough or chewy at all.  It was really good and juicy! 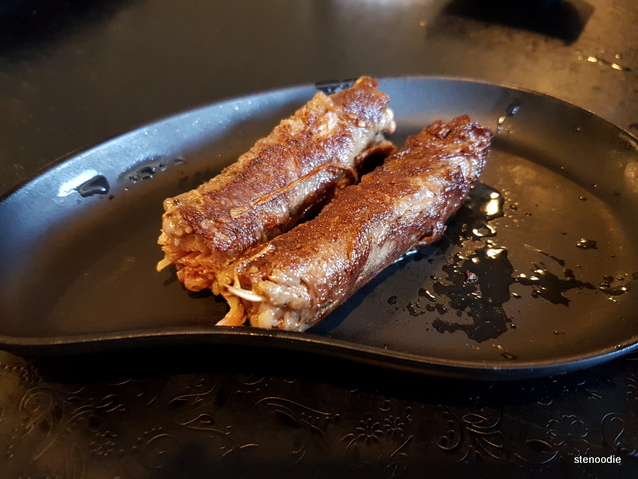 Miso Soup:  I didn’t try this but my mom did.  She said it was really good and tasted authentic. 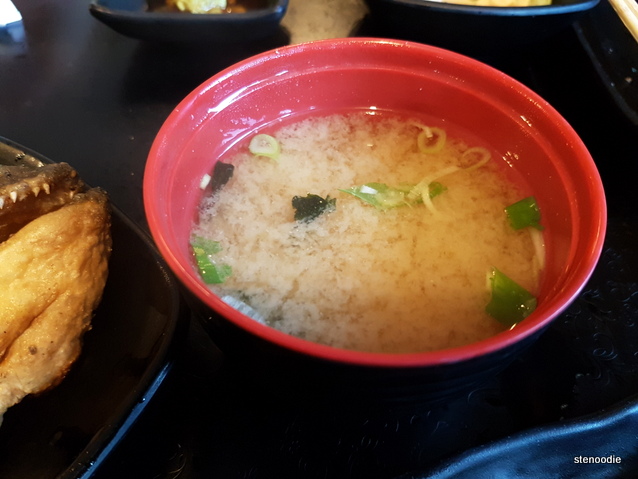 The Grilled Salmon Head was very good too.  It was juicy and the meat was tender. 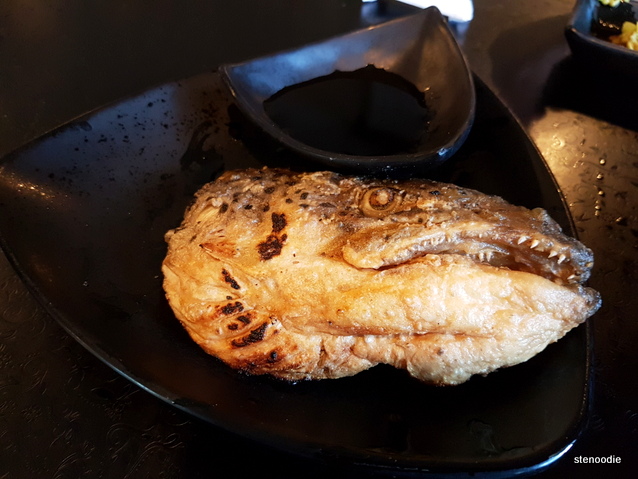 The Grilled Chicken Wing was pretty good.  I thought it was a tad oversalted though. 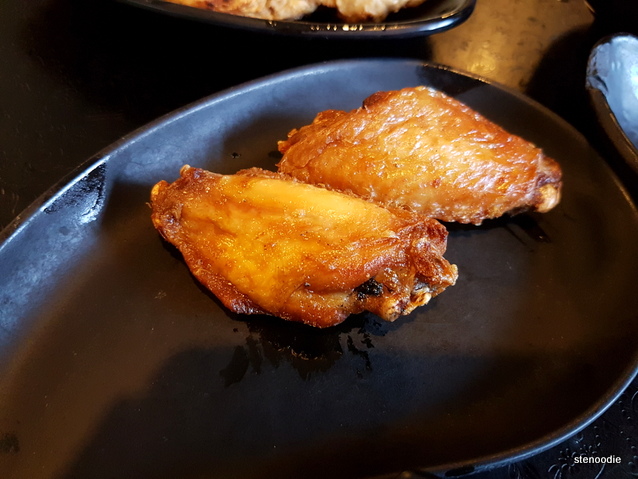 My mom got the Spicy Beef Udon.  It wasn’t spicy much. 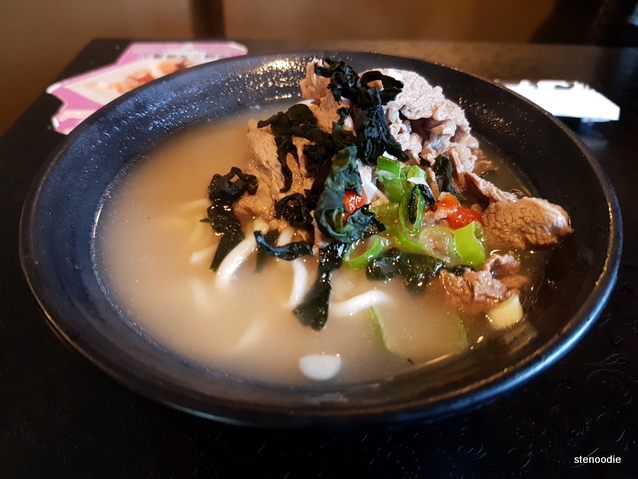 Mmm, Spicy Salmon Roll!  My favourite!  Especially when it is so good as in the spicy salmon is actually spicy and the salmon and rice ratio in the maki is good.  So glad that they prepare it so deliciously here. 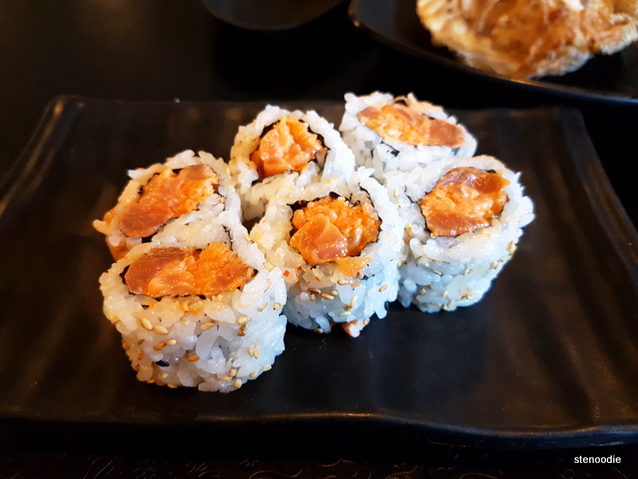 The Edamane Beans were average. 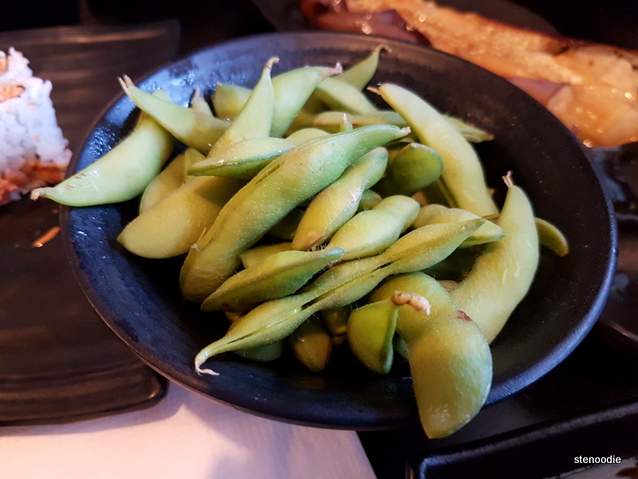 The Salmon Rose here was quite good.  It was cute and compactly made.  There wasn’t too much rice in it either (always a secret fear at all-you-can-eat places because you don’t have to fill up on rice and lose out on stomach space :P). 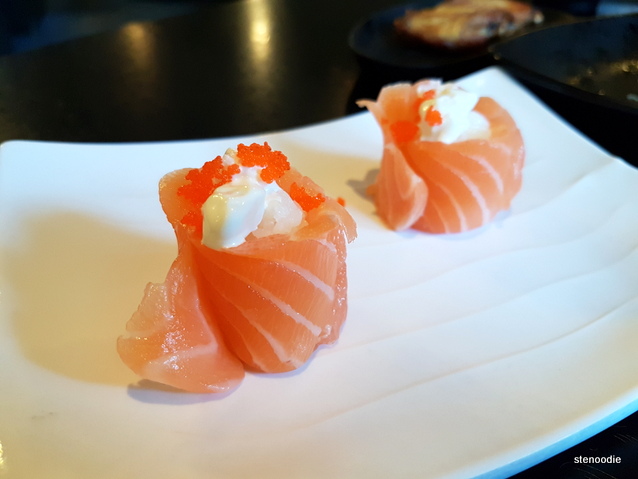 The Wok Fried Mushroom with Teriyaki also included zucchini, red peppers, and green peppers.  It was pretty good!  I liked the mushrooms. 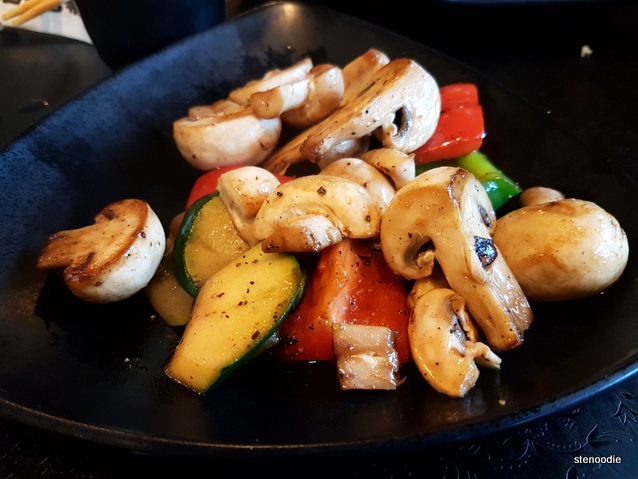 The Scallop Cutlet was pretty good.  I remember loving these at another all-you-can-eat restaurant too. 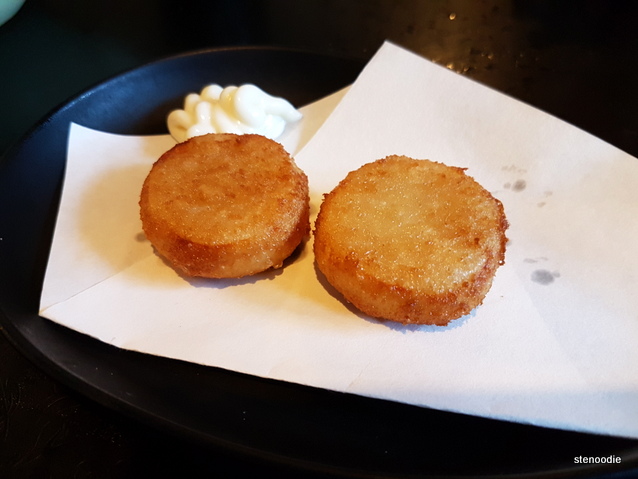 The Wok Fried Vegetables with Teriyaki was mainly a stir-fry of bean sprouts and julienne carrot slices. 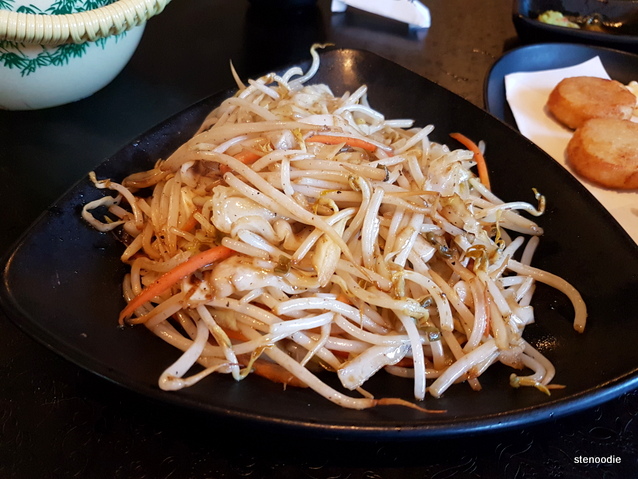 Lastly, before dessert, my mom wanted to try the BBQ Eel Roll.  I thought this was just okay. 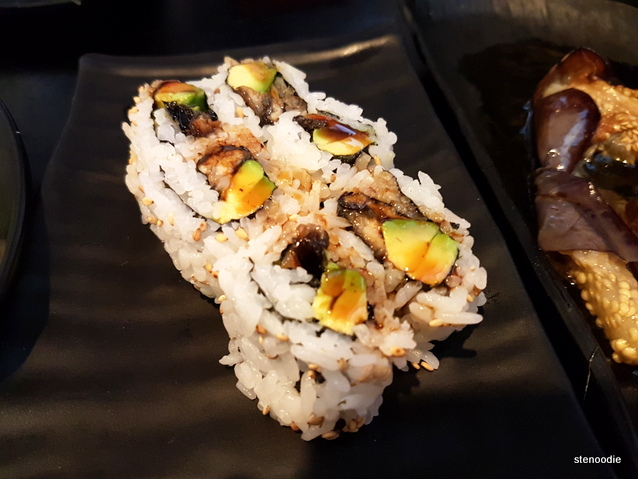 For dessert, we got an assortment of Ginger Ice Cream and Green Tea Ice Cream.  The Ginger Ice Cream actually had small chunks of ginger in it!  It was quite good.  If I remember correctly, they also had red bean and vanilla flavour too. 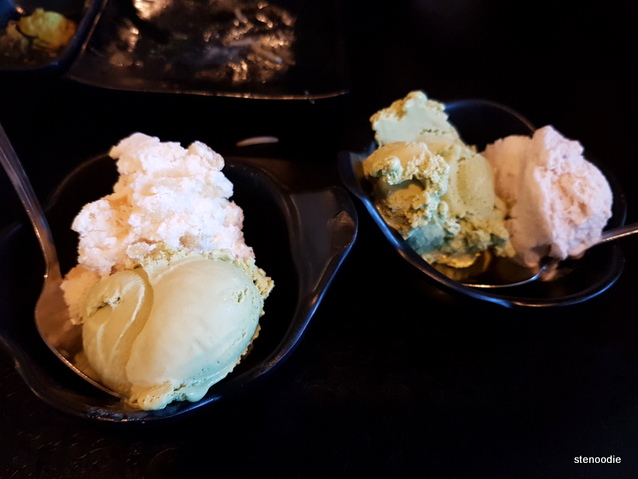