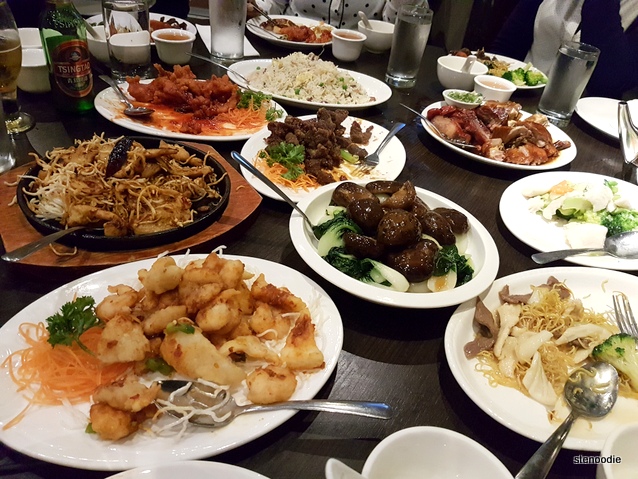 After the conclusion of the CSRAO Annual Convention 2017, we set off and walked to Hong Shing Chinese Restaurant located in Chinatown, Toronto at Dundas and Centre Street (close to St. Patrick subway station) for dinner.

I’ve heard about Hong Shing Chinese Restaurant before and how they have good lobster dinners.  For this reservation, Lisa had reserved about 20-30 people’s worth of seats and arranged a set group dinner for $35 a head.  Hong Shing served standard Chinese food in a no frills type of restaurant.

At first, there was some confusion because the staff said that there weren’t any reservations made for our group dinner.  However, after some e-mails and discussion, they acknowledged our booking and we sat at two tables in a private room in the restaurant.  (It seemed as if their staff didn’t have any good communication with each other and the person who booked our reservation didn’t write it down or inform the staff of our booking — it didn’t help that that original contact person wasn’t working that day either.)

For our group dinner, instead of the seafood soup, it was changed to a wonton soup; the lobster was changed to chili chicken; and the steamed fish was changed to another dish like “egg rolls, and some crispy won tons or some noodles” because it was thought that there was too much seafood in the set menu.  …  This price included all tips and tax.

Once everyone had arrived and we informed the servers they could begin serving the food, the courses of food arrived rapidly and in quick succession.  We were told that we had to give back the table by 8 p.m. for another reservation which was completely fine and doable.

We received a large variety of Chinese food that we shared family style.  Everything was in good portions.  I thought that most of what we received were crispy and very oily for my taste unfortunately.  Some items didn’t seem all that fresh either.  :T  Individual drink orders were settled by the person ordering it.  We received fortune cookies at the end too.

The bowl of Pork Wonton Soup was actually quite good!  I didn’t take a photo of this, however. 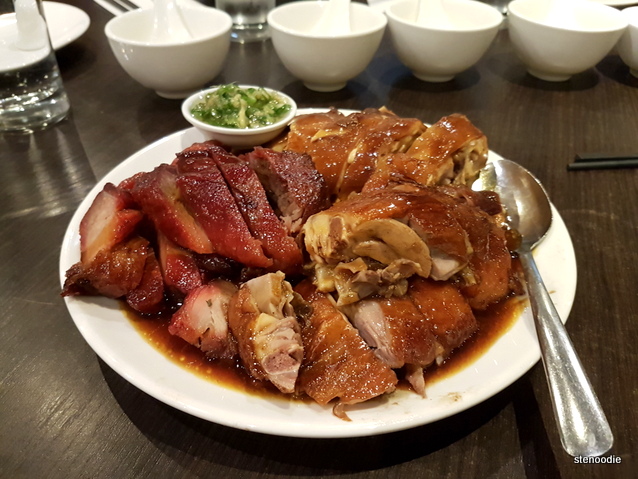 The Grouper With Broccoli was stir fried with carrots and garlic. 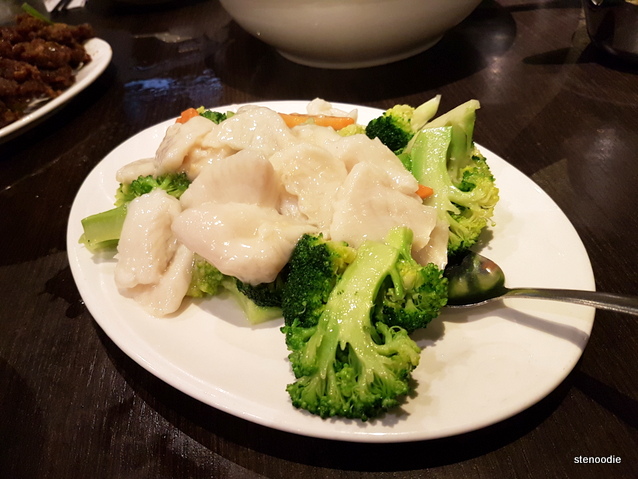 Grouper With Broccoli
-stir fried with carrots and garlic 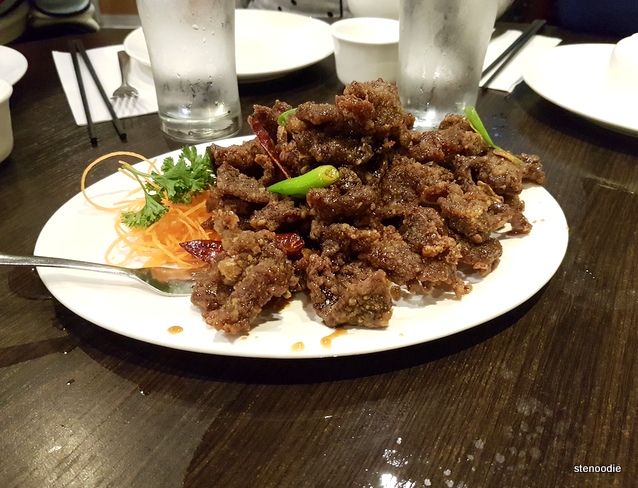 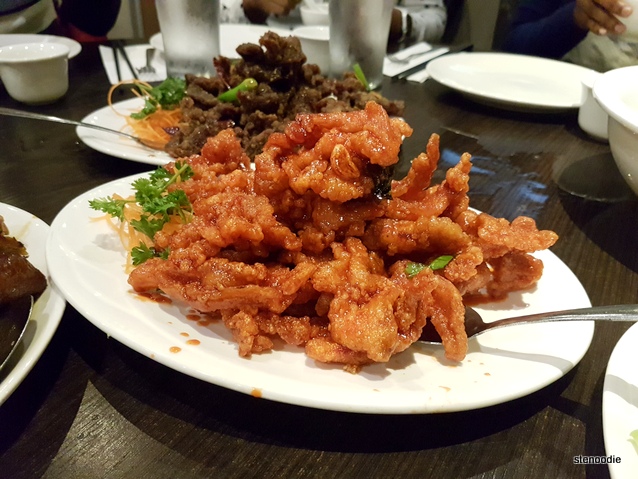 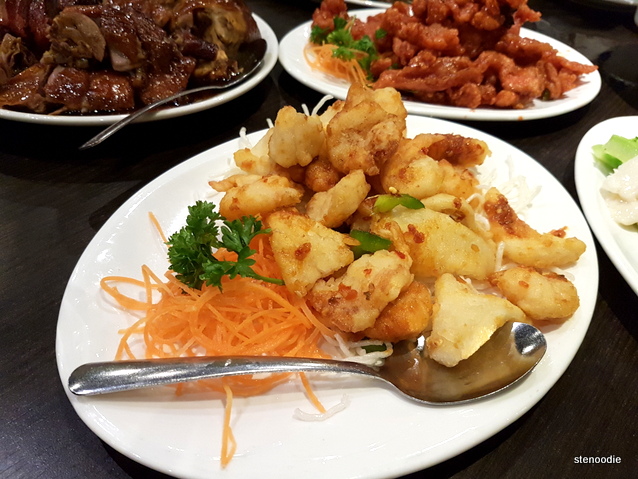 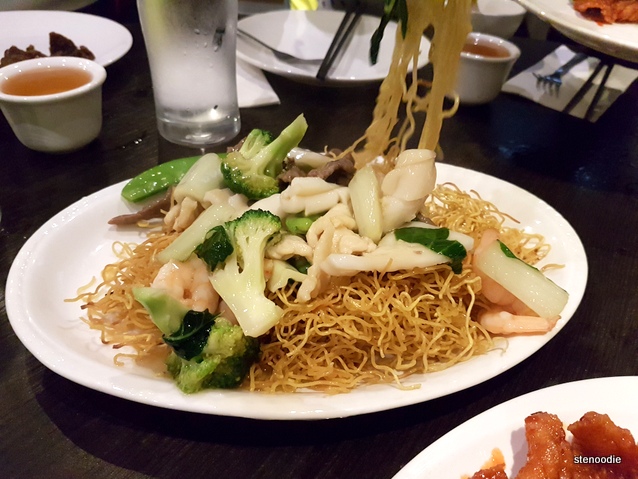 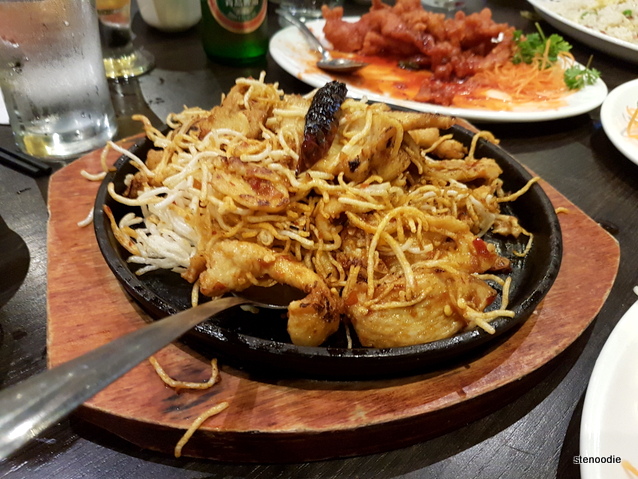 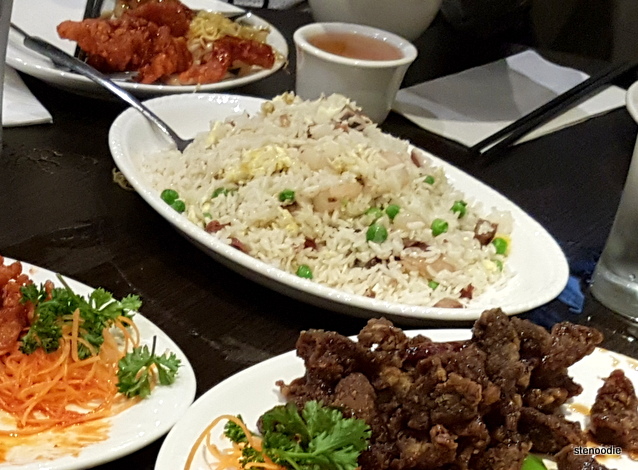 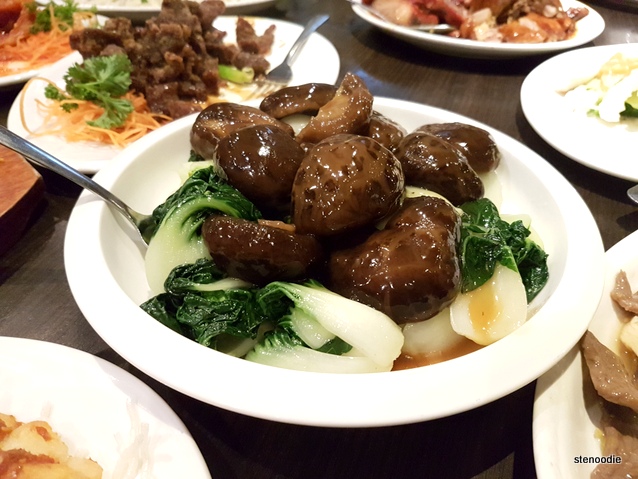