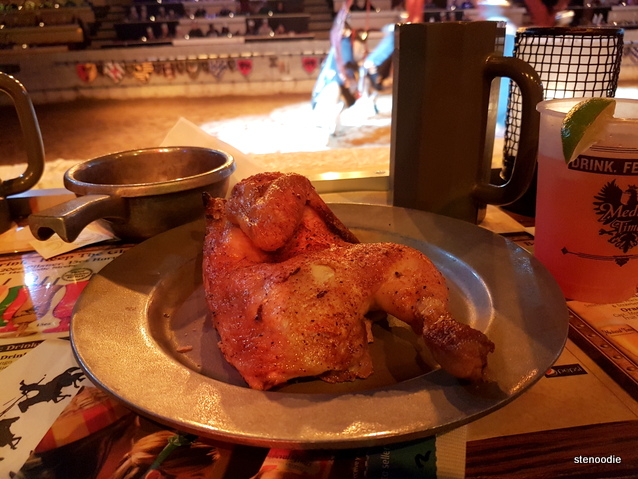 This year, I booked the Celebration Package for us which included priority castle access, VIP seating, VIP lanyard, personalized birthday announcement, cake, cheering banner, team towel, and group photo for each member of the party.  It was such a great package to celebrate a birthday with! 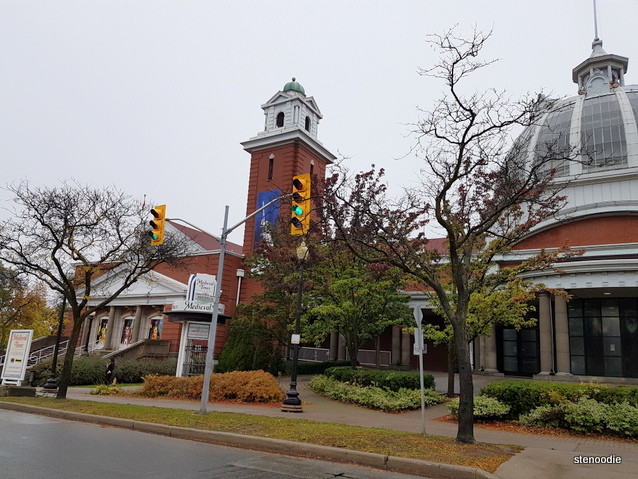 Building where the dinner and tournament is hosted 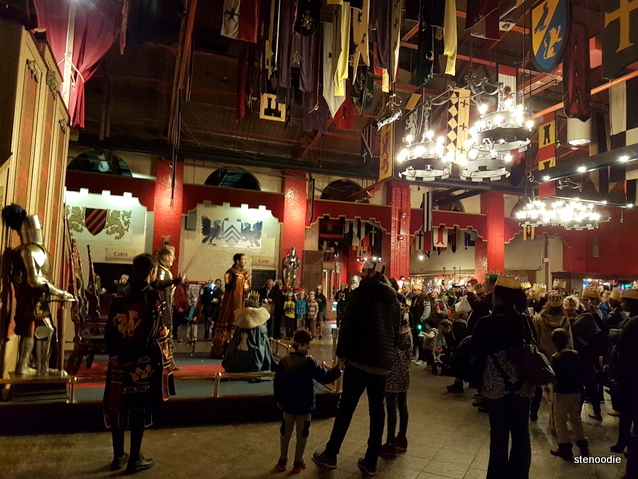 The great hall inside 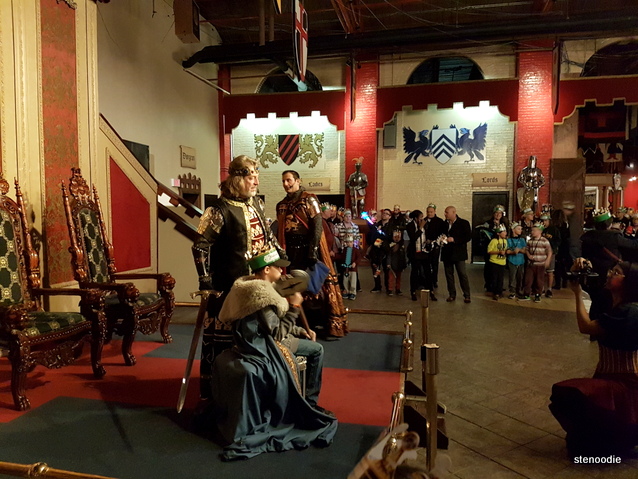 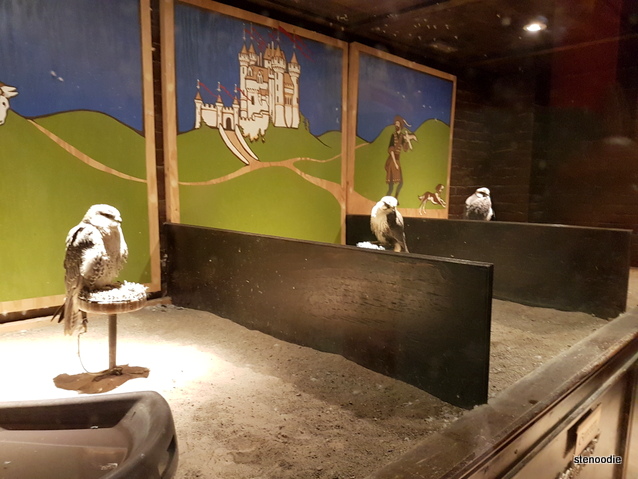 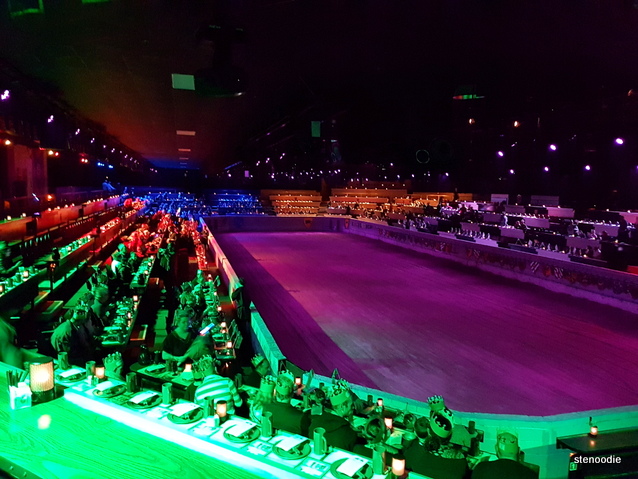 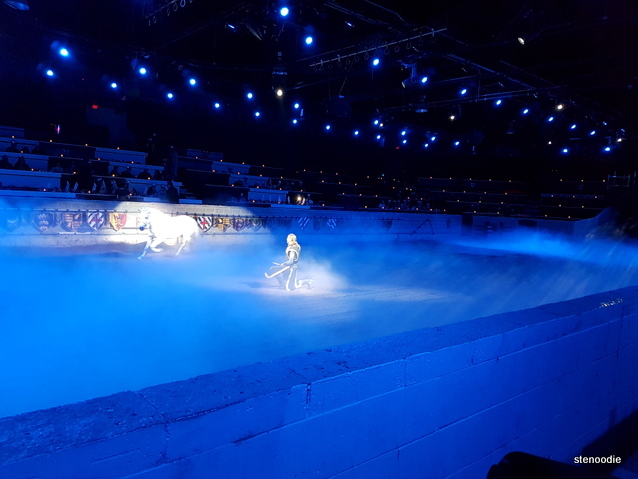 A solitary white horse was the first on the scene 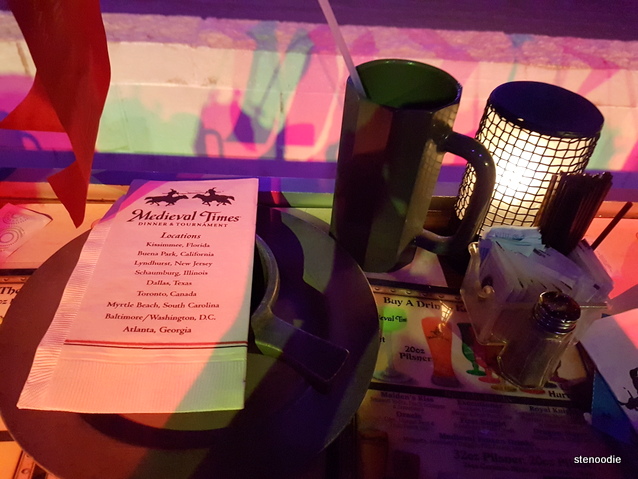 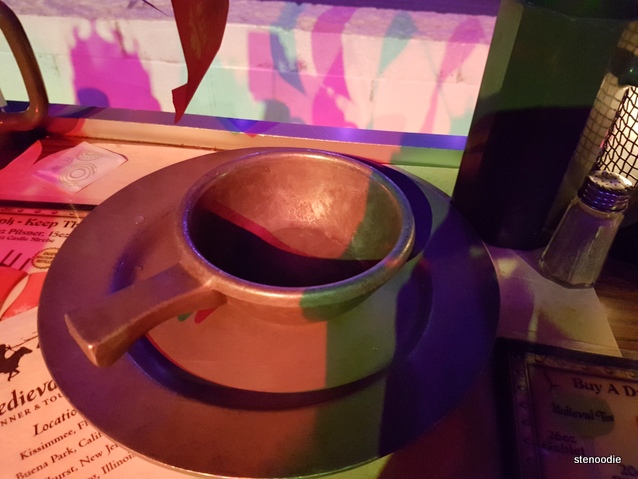 The only two pieces of plates that night 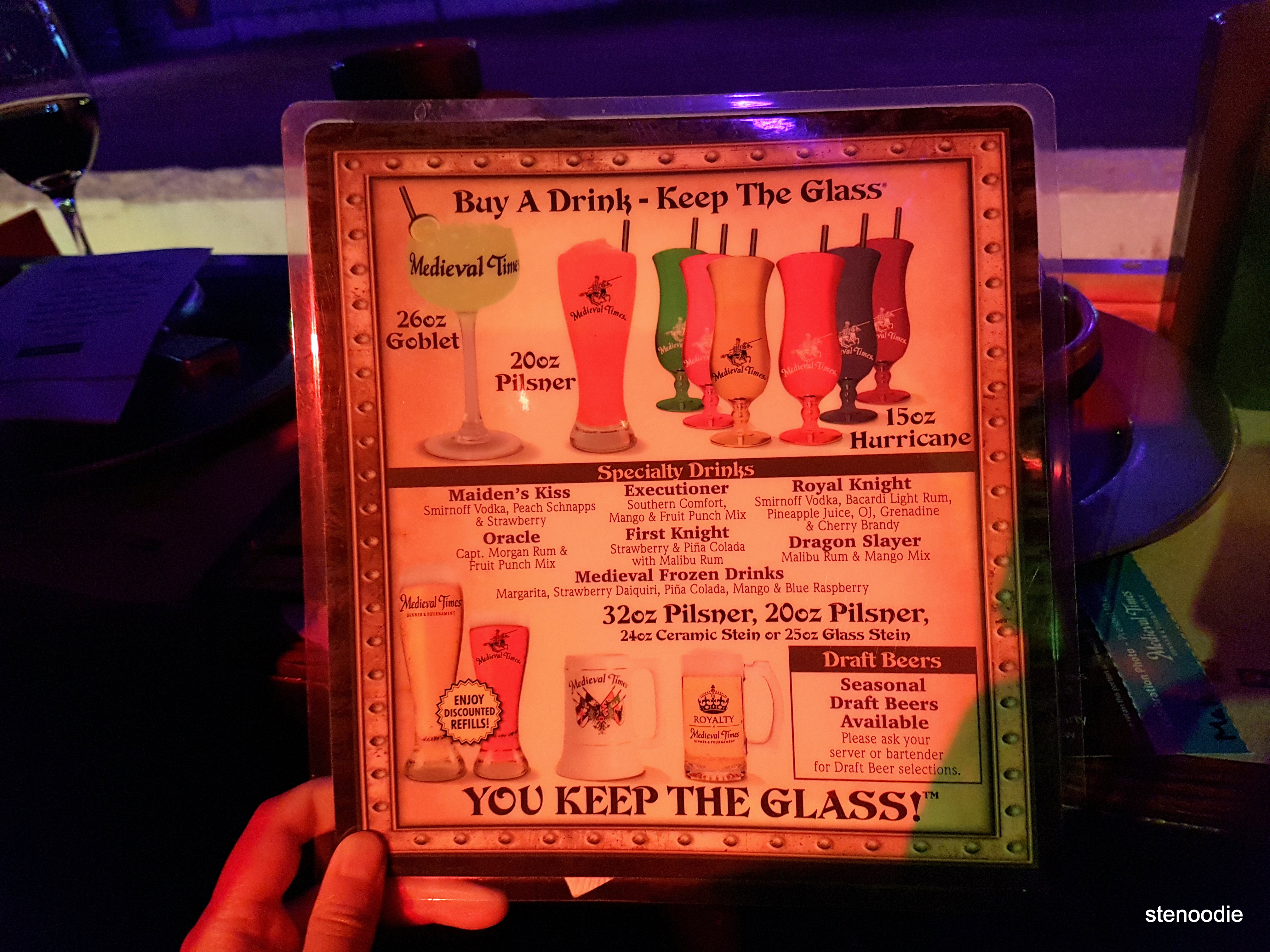 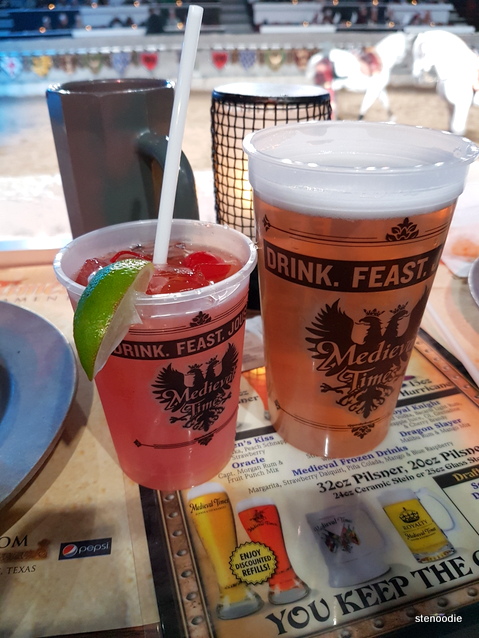 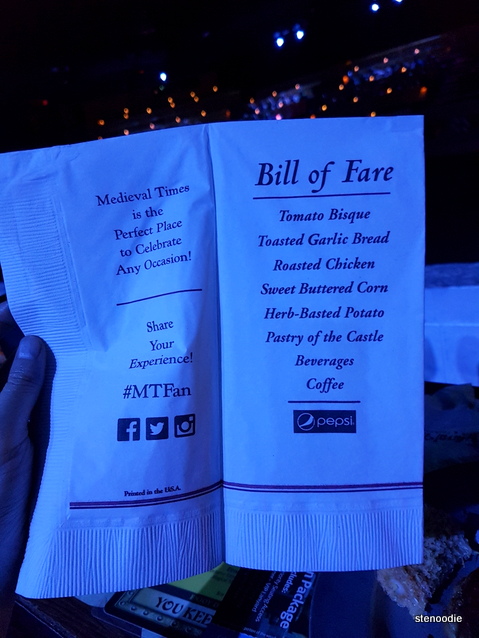 I had a good time at this event.  The food was served according to the style they might have served food in the medieval times (circa 11th century) which means there were no utensils and everyone eats with their hands.  It was a four-course banquet which consisted of tomato bisque soup, garlic bread, roasted half chicken, herb-basted potato, buttered corn, and pastry of the castle with two rounds of select beverages and coffee or tea.  It is such a clever way of pretending like you are dining in that era while cheering on your knight. 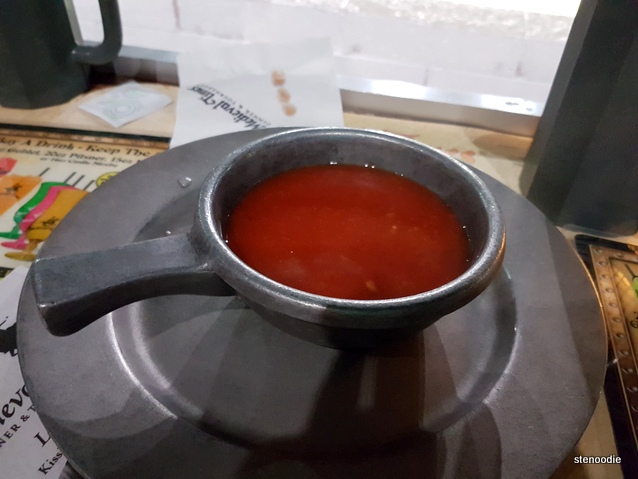 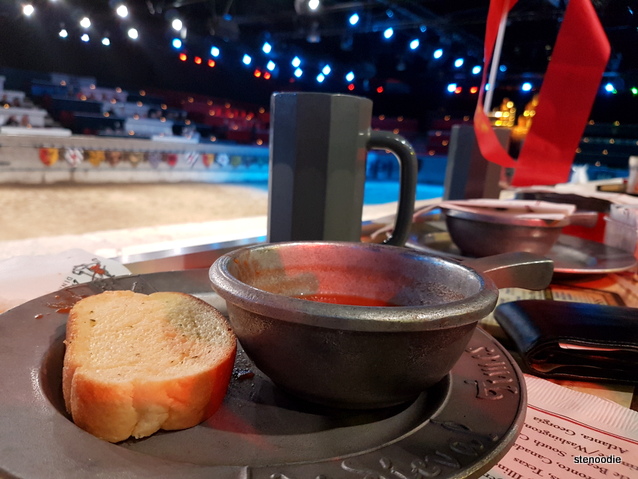 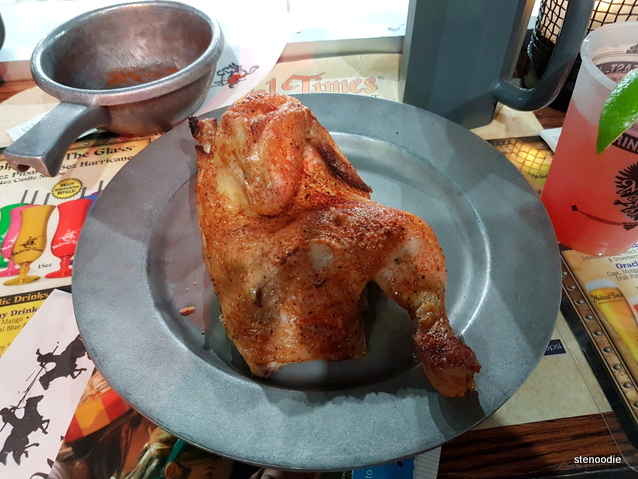 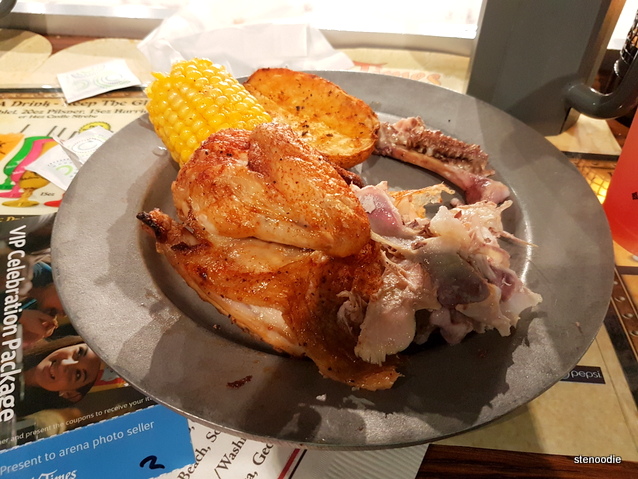 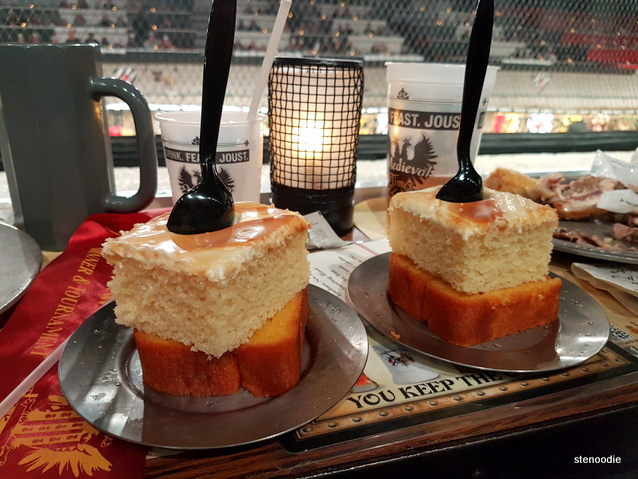 Cake and Pastry of the Castle

We were part of the Red and Yellow Knight team.  Each person is automatically put into the colour of their knight upon arriving.  Everyone wears the colour of their knight and cheers them on.  The six knights were red, yellow, green, blue, black and white, and red and yellow.  It was really nice to watch the knights from each team play and joust against each other.  I hadn’t realized how much effort they put into this! 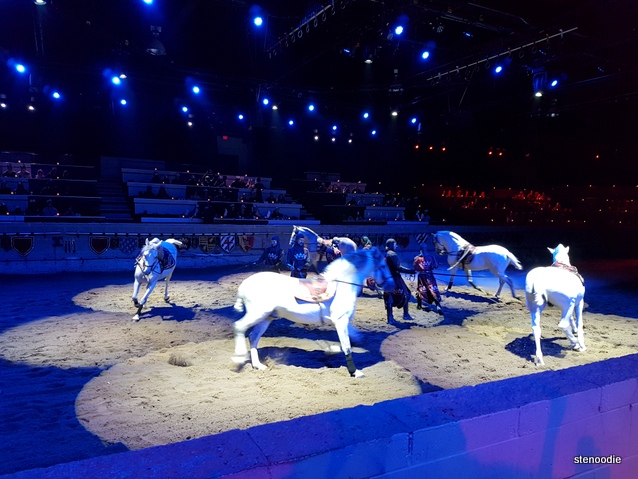 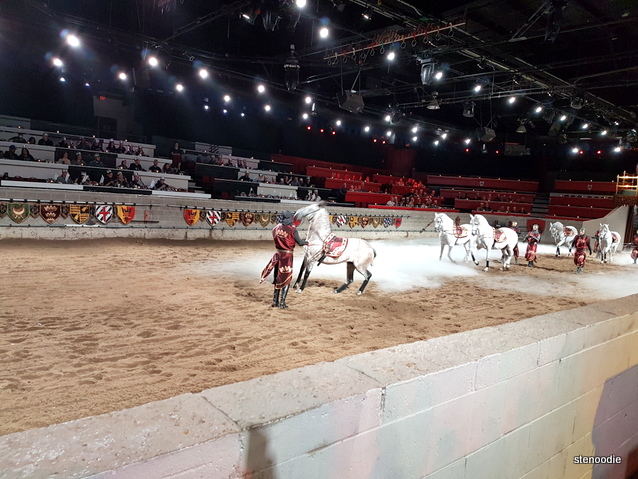 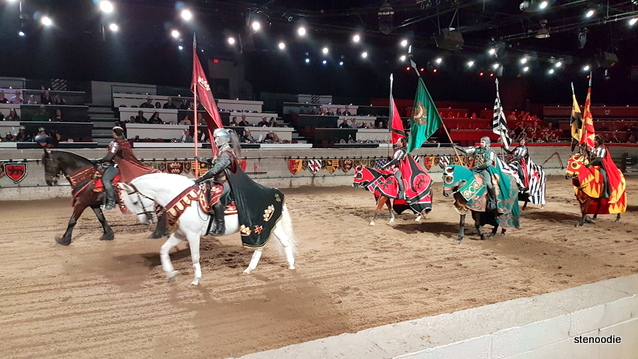 Arrival of knights on their horses 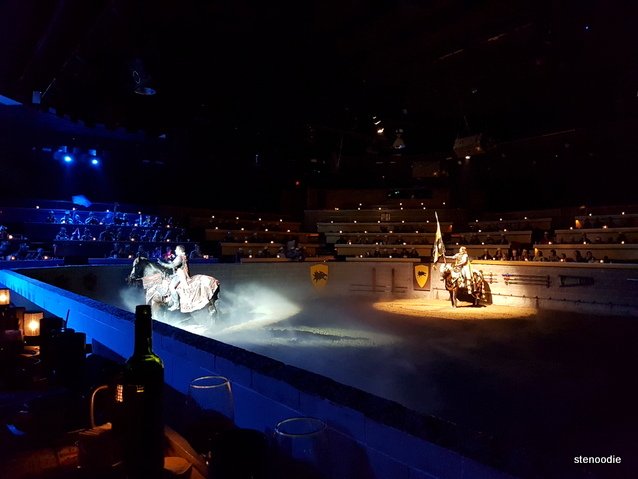 Knights in their corners 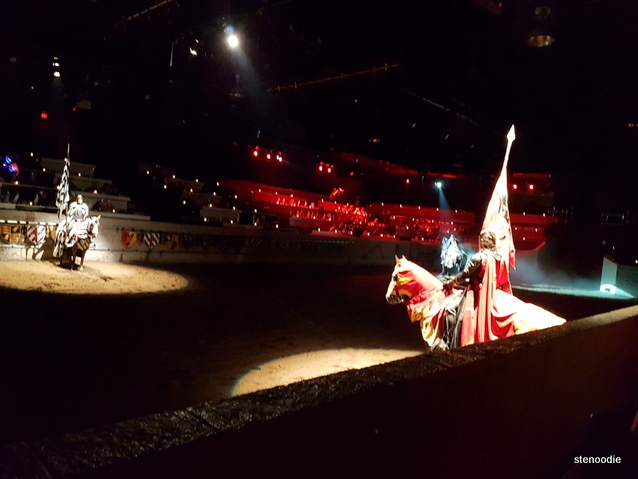 Our red and yellow knight!

We did notice that because this show goes on year-round and has been on for so many years now that even all the horses and actors seem a too familiar with all the antics.  They are so used to all the routines that they seemed a little bored to us. XD 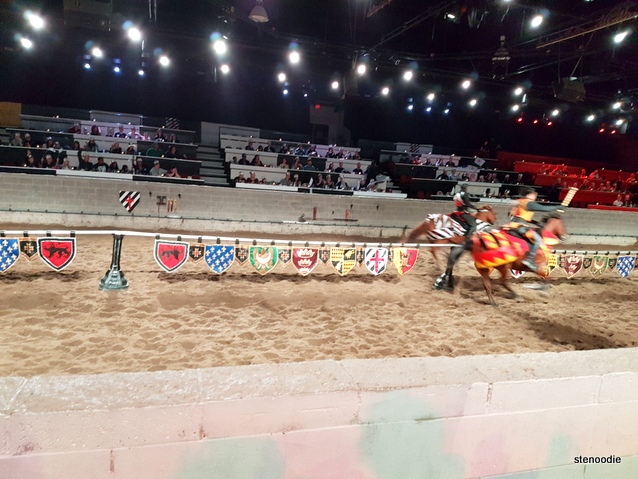 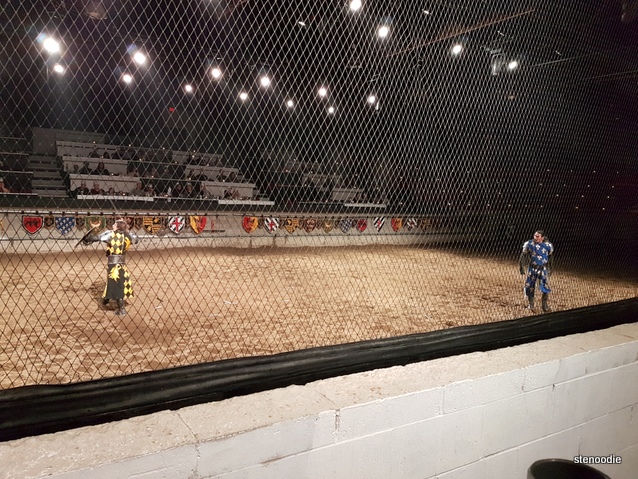 The mesh came down for protection purposes

I liked how our Red and Yellow Knights section was enthusiastic and loud when cheering on our knight.  The girl sitting beside me was especially excited and cheerful that it really made the mood so much more fun.  Unfortunately, the green knight won that day. 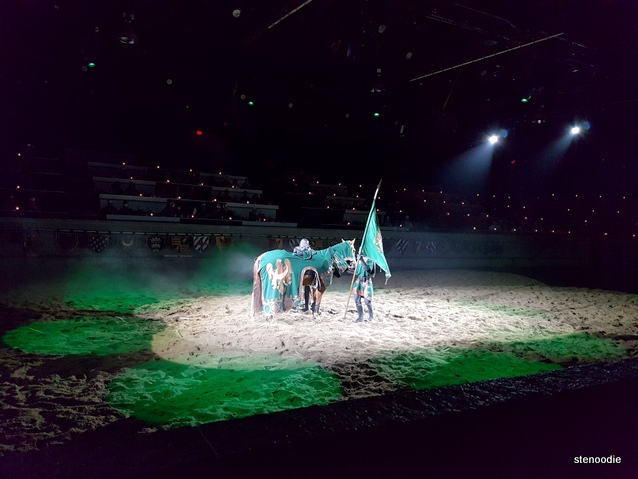 In addition to the knights battling, the horses also showed off their skills.  The falcon’s flight around the arena was also really cool.  It was so much longer than I expected; I wonder if the falcon loses track of how many times it goes around the arena.  XD

I liked how they announced the birthday wishes individually too in their characteristic Medieval voices.  There were so many birthday boys and girls the day we were there too! 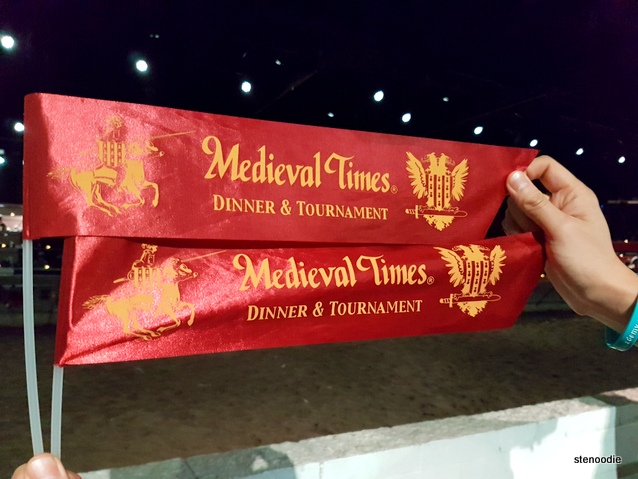 Cheering banners. These are so fun

Towards the end of the show, a runner delivered our group photo to us too!  It was such a bonus to have a commemorative photo be included in their Celebration Package. 🙂  We had taken the photo with the falcon and the falcon’s keeper.

Medieval Times Dinner & Tournament is such a unique dinner theatre experience that anyone of any age would enjoy it (especially if they haven’t been there before).  Having the cheering banner in my hand and waving it around whenever our knight was on that night was especially fun.

I highly recommend the Celebration Package if you intend to bring a loved one here to celebrate! 🙂 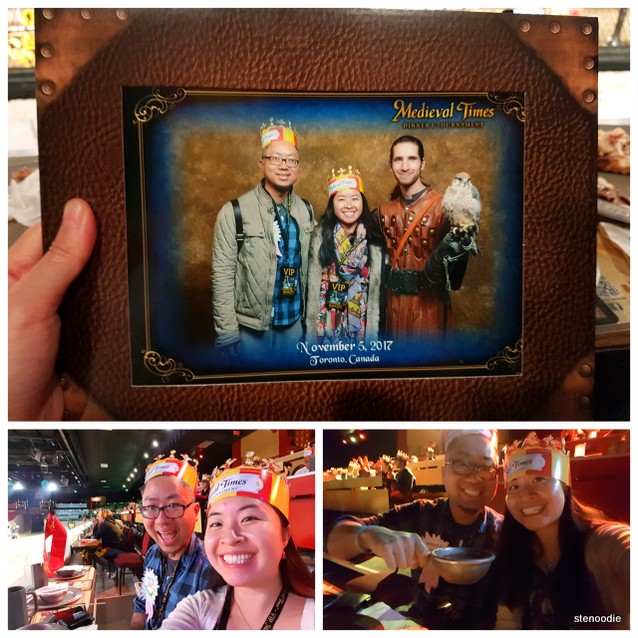