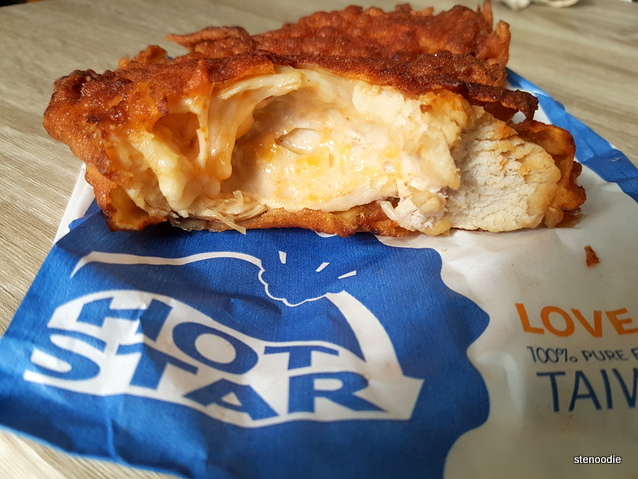 November 6, 2017:  Time flies when there is good food in Toronto and that is certainly the case for Hot Star Large Fried Chicken (豪大大雞排), a fried chicken franchise that originated from Taiwan since 1992 and since then has brought over their famous large fried chicken over to various locations in Ontario.  This year marks their second year operating in Toronto.  With that, there was a celebration party and many OG food bloggers and food Instagrammers were invited to the party! 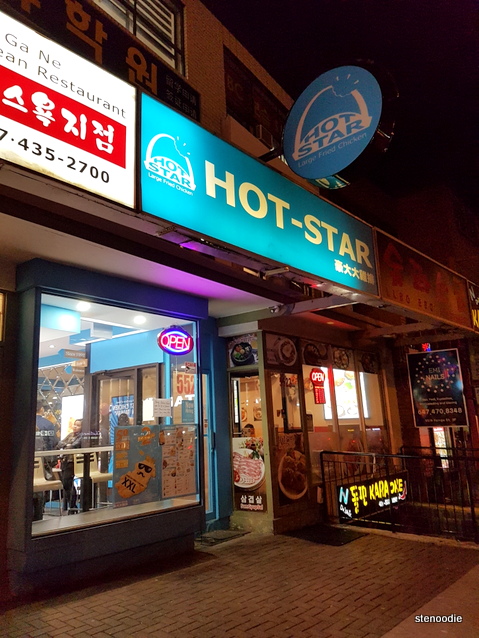 I liked how Sweven Media organized the event such that they took pre-orders from us ahead of time via e-mail so that when we arrived, our requested orders were already in process.  I remember when I went to try Hot Star Large Fried Chicken for the first time earlier this year, I had to wait about 10 minutes for them to prepare the chicken.  They prepare and fry the chicken fresh upon ordering so the 10 minutes of waiting time are necessary.  Thus, it was really smart that our orders were already in line once we arrived to the North York location. 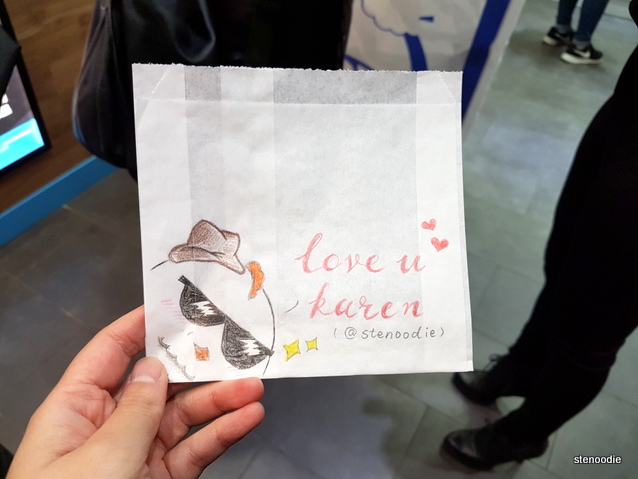 Someone from Sweven Media drew these for each of us. It was so cute! 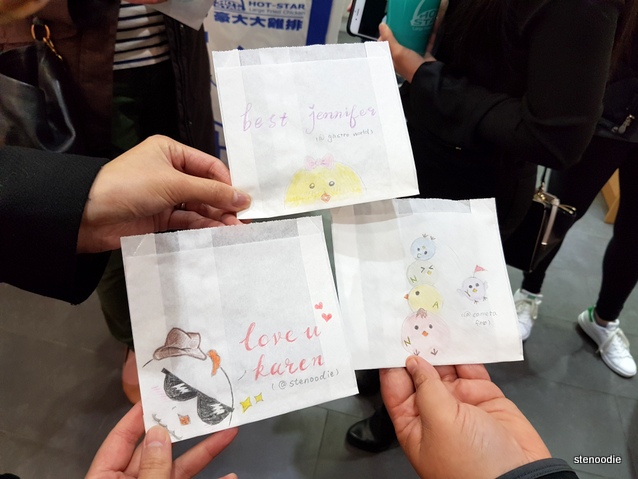 Along with Jennifer’s and Nancy’s

The party was at 6 p.m. running until 7 p.m.  They had some fun things at the party.  There was a giant Hot Star Large Fried Chicken cutout for you to take a photo with.  I certainly did so. 😀 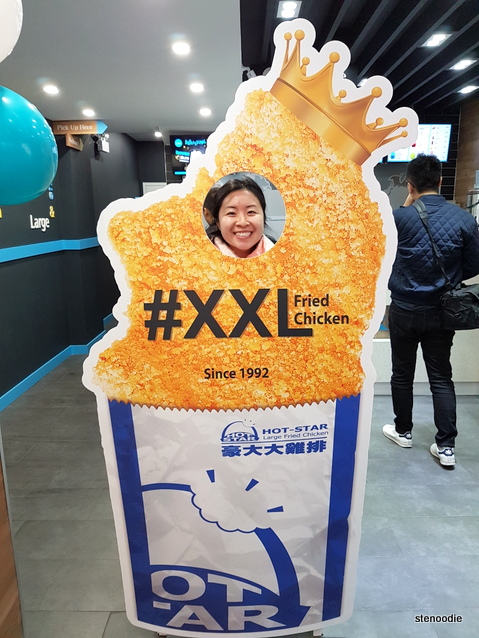 I’m a piece of fried chicken. They do say you are what you eat… 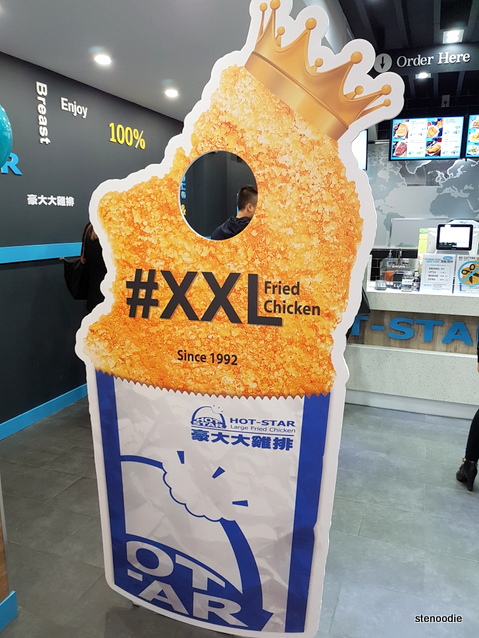 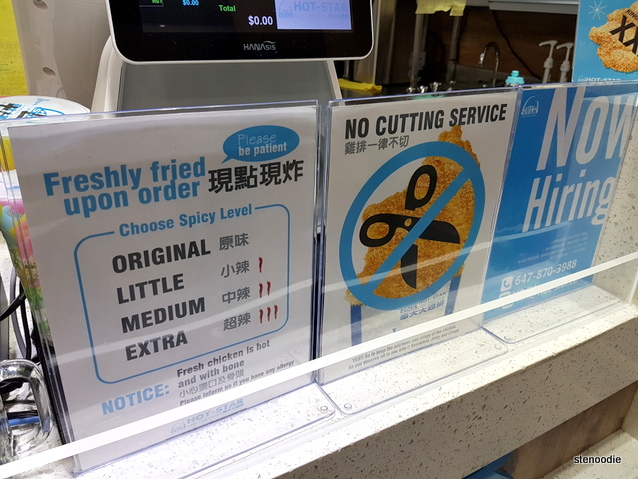 Their chicken does have bone in it

Also, for every piece of chicken served that night, there was a contest to see who got the biggest (or tallest) piece of chicken.  Two winners were to be announced who would win a gift card.  It was so fun! 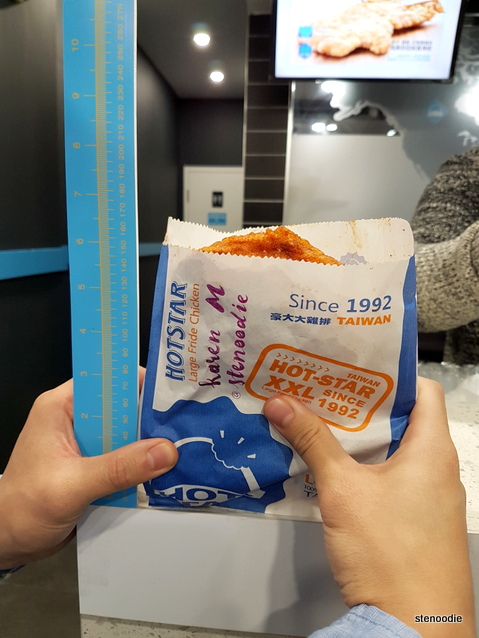 I had to leave early unfortunately so I wasn’t able to partake in the full event.  I tried the Sweet Potato Fries and I was so impressed with how thickly cut it was and how it was fresh sweet potato inside that was moist and tasty.  Yummy! 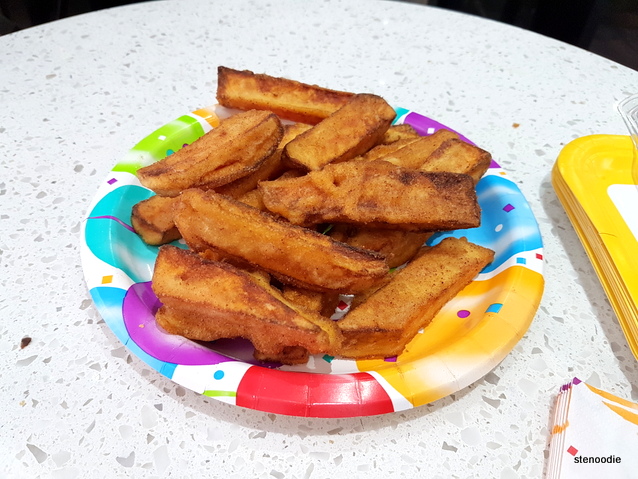 I also tried the Blue Curacao Yogurt drink.  It was pretty good and refreshing. 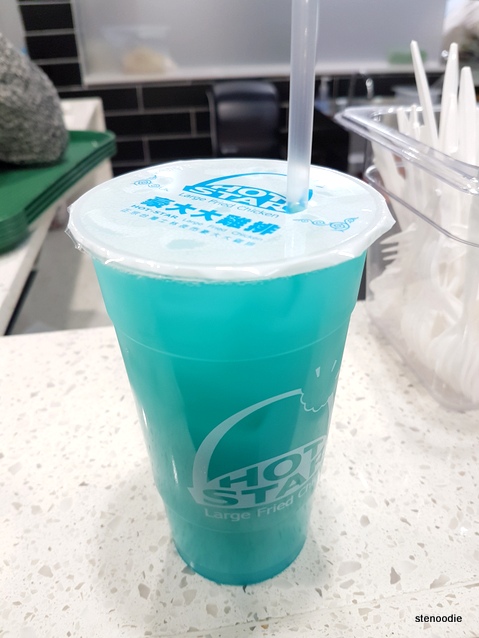 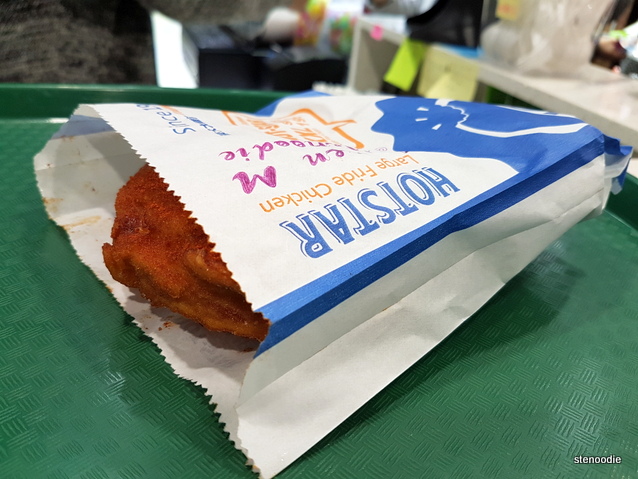 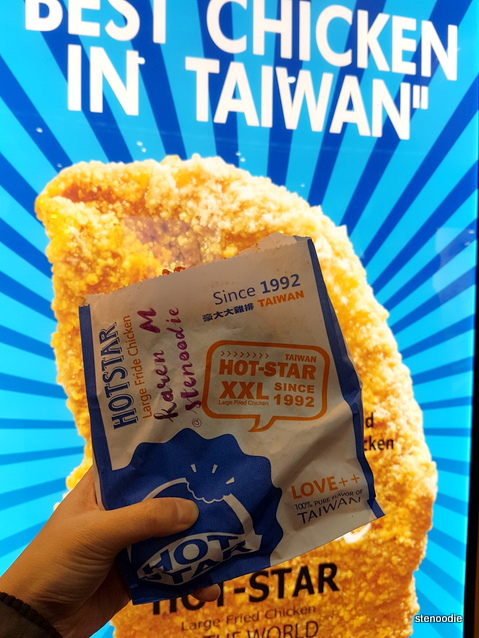 They customized the paper bag for me too! 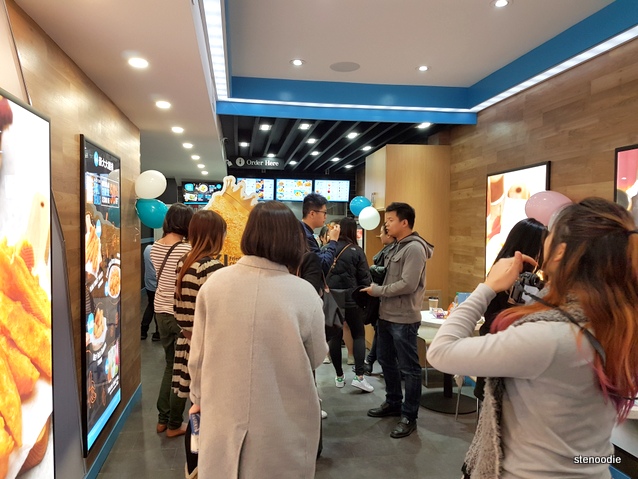 When I tried it later that night, I was very impressed with it!  The piece of chicken was very thick and large.  The chicken meat itself was very tender and moist; way more tender than I expected considering there was cheese in it too.  The cheese was very chewy and tasty.  It went so well with the moist chicken!  Since I chose the spicy version, the chicken cutlet was also covered with the spicy powder which gave it the perfect kick and flavour.  Lastly, it was fried perfectly.  The skin was so, so crispy and crunchy!  It was so good!  I was really impressed!!

Of course, I wasn’t able to finish the entire piece of chicken that night.  When I had it the next day, it was still just as crispy and delicious.  Mmm, this will definitely tempt me back for another visit. 😀 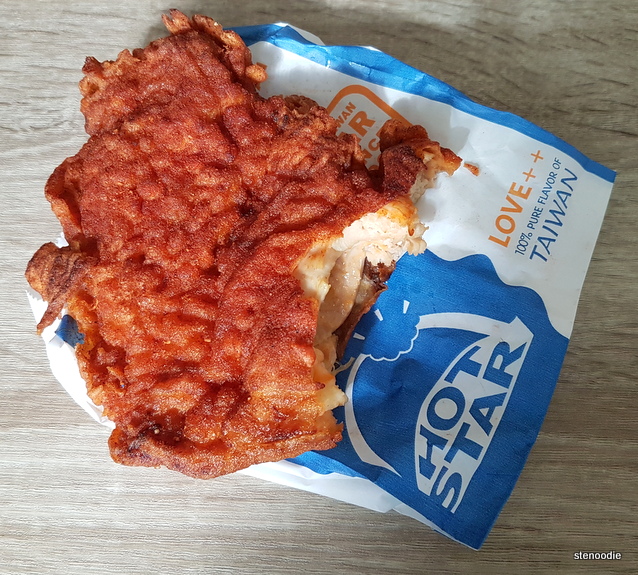 Giveaway Alert:  Hot Star will be giving away 50 FREE original fried chickens daily on November 11 and 12, 2017!  You can get this at the downtown location and Waterloo location.  They open at 11 a.m.!

FTC Disclaimer:  Although Hot Star Large Fried Chicken reached out and invited me to a complimentary tasting, the opinions expressed here represent my own and not those of the restaurant.