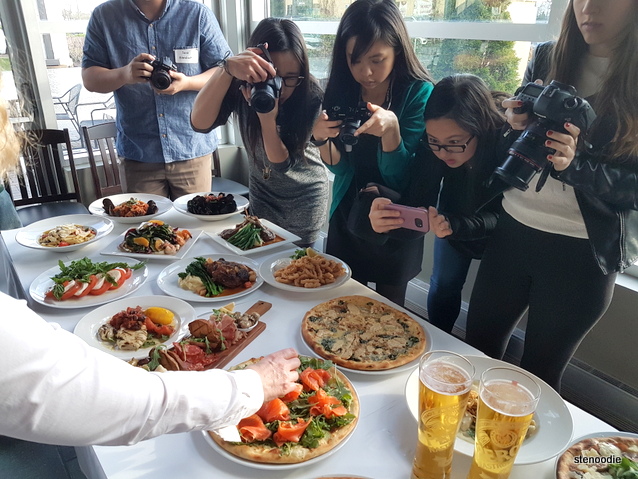 As part of my very first #jojoinstameets from Jo and Joanna, it was hosted at Il Fornello where we had a fabulous tasting dinner and learned about their newest menu specials.  This is a recap blog post about my experience at the event.

I had previously been to Il Forenllo on two occasions (one at their King Street West location and one at this Richmond Hill location that I have blogged about here three years ago). Il Fornello has numerous locations all across the GTA and it’s not hard to find one of their locations for casual and reliable Italian food. 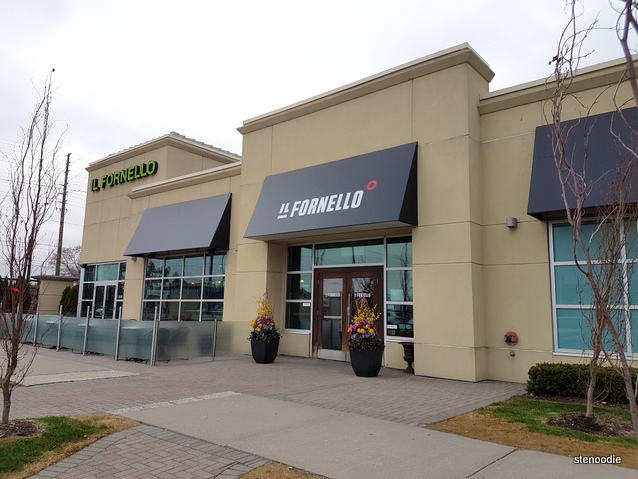 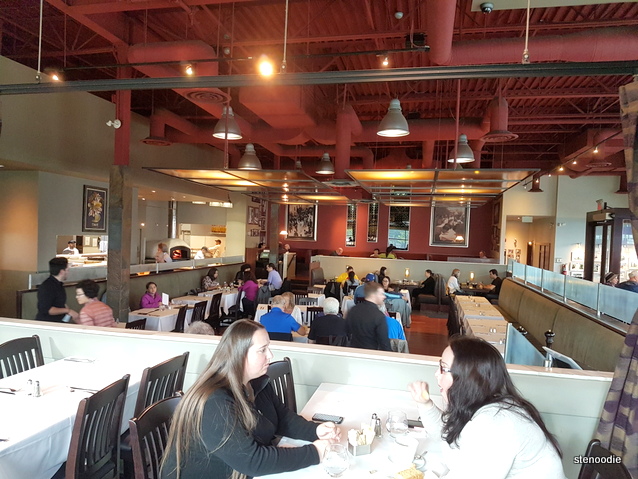 You can see the inside of the kitchen from this view

I arrived a little after 6 p.m. at which the event began.  The Richmond Hill location of Il Fornello is located on Yonge Street just south of 16th Avenue in a plaza near the Richmond Hill Cineplex and Richmond Hill GO Centre.  It’s a large spacious restaurant that is comfortable and homey.  From where we were sitting which at an elevated platform, I could peer into the kitchen and see a large oven in which the pizzas were fired in.  It was a very nice environment to dine in. 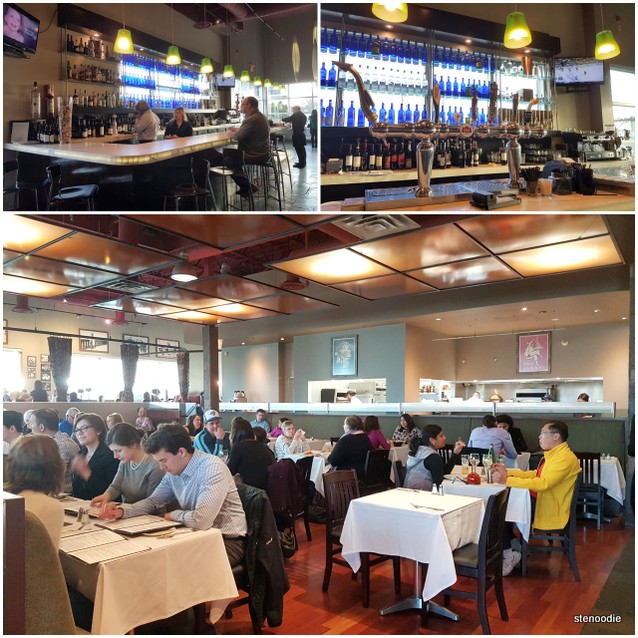 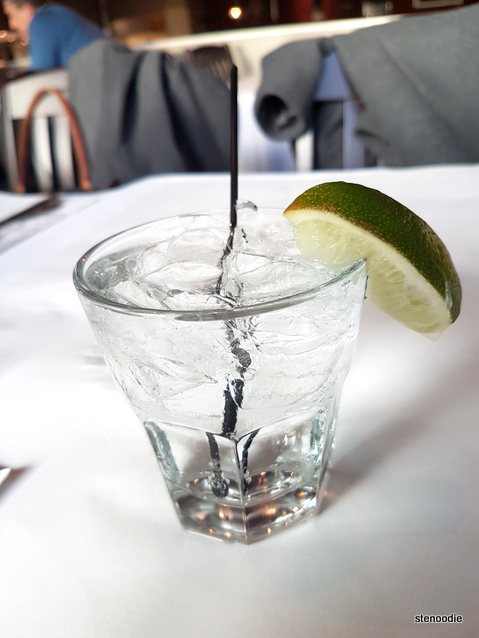 As we settled in and ordered some drinks, there was also a large display table being prepped for us solely to take photos of the food.  (I ordered a gin and tonic and this was a really refreshing drink after a long day of work.)  There were 13 of us food instagrammers and bloggers ready to take photos of all the Italian pizzas, pastas, and dishes in which Il Fornello wanted us to promote.  Every dish looked impeccable and so delicious!  The hardest part about taking all those photos before we got to eat was trying to hold back and not touch anything on the plates!  It smelled so amazing too. 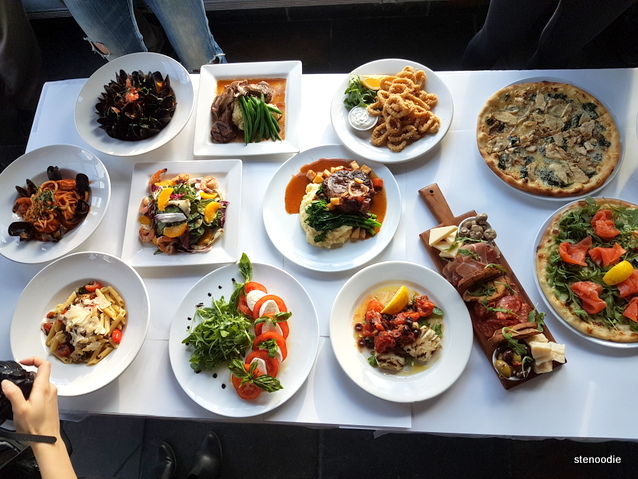 All the dishes laid out for us to photograph 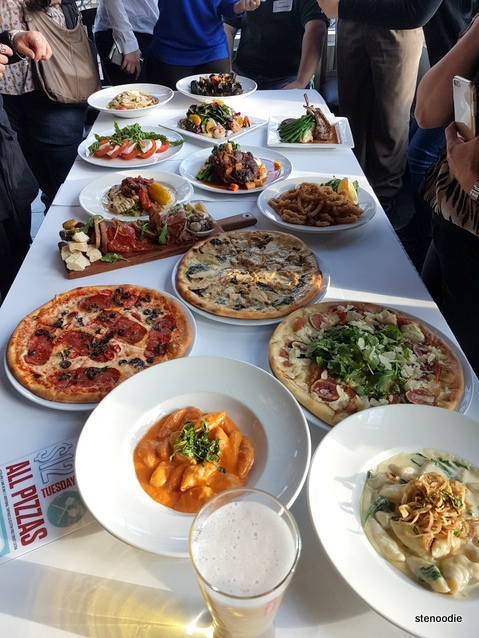 The best spread of food ever!

Dishes of food (normally not having tried of tasted the food, I will not feature the photos, but these dishes looked so good and the overall quality of the food that we did taste was excellent that I think these are worthy of sharing): 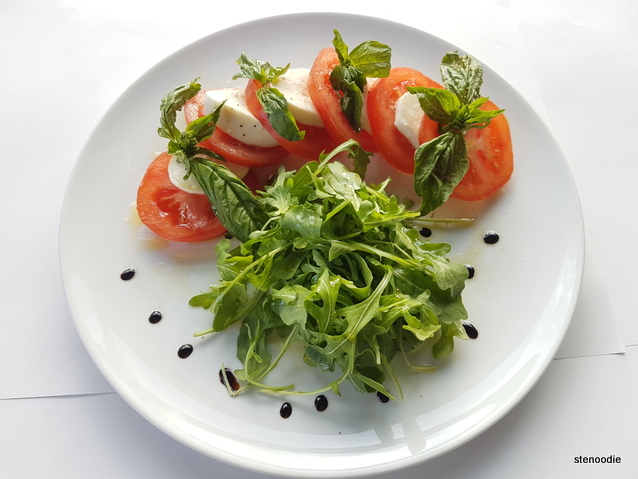 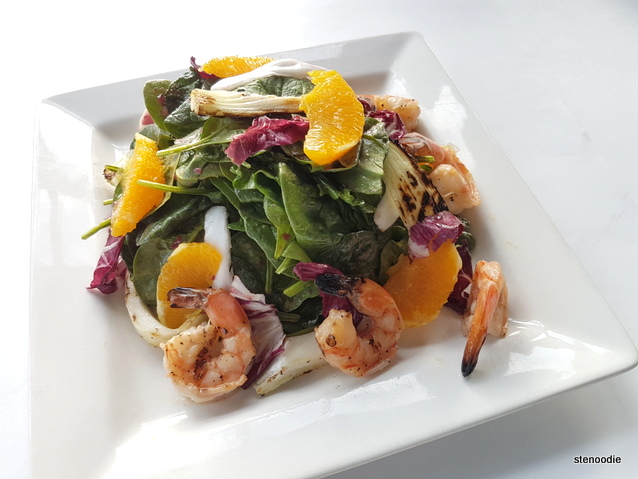 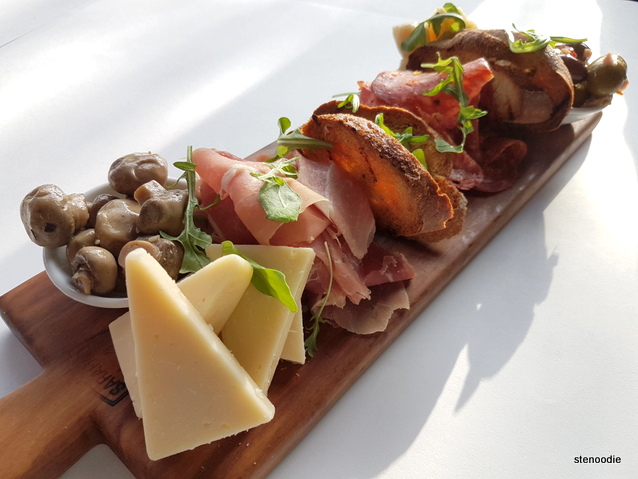 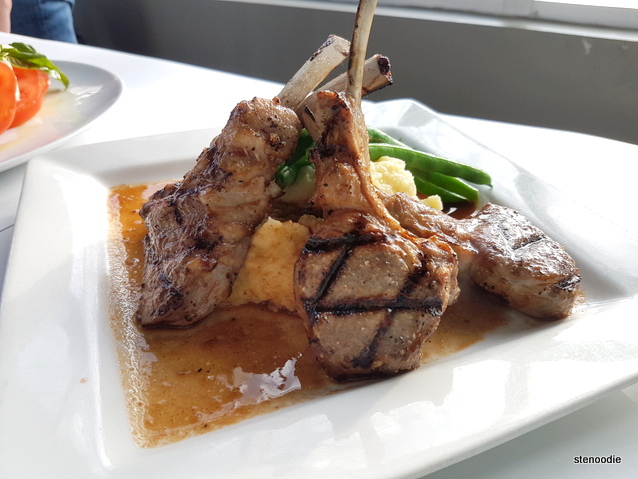 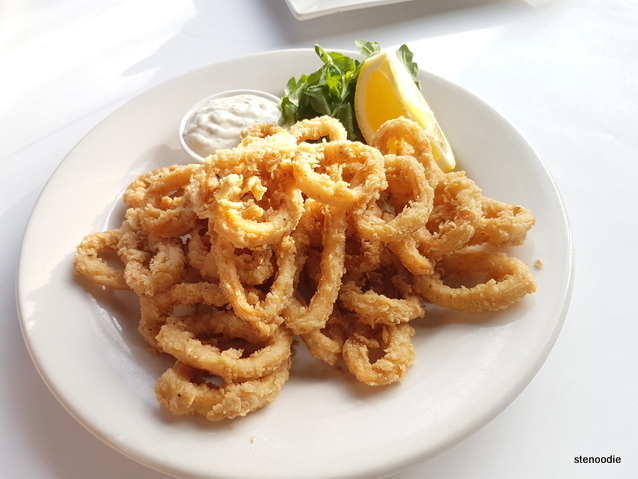 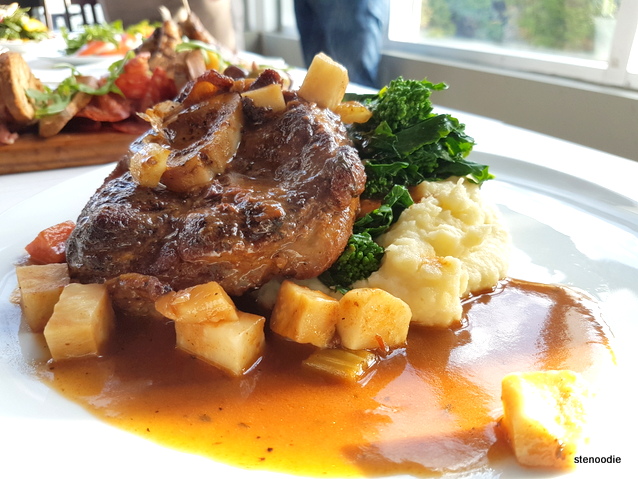 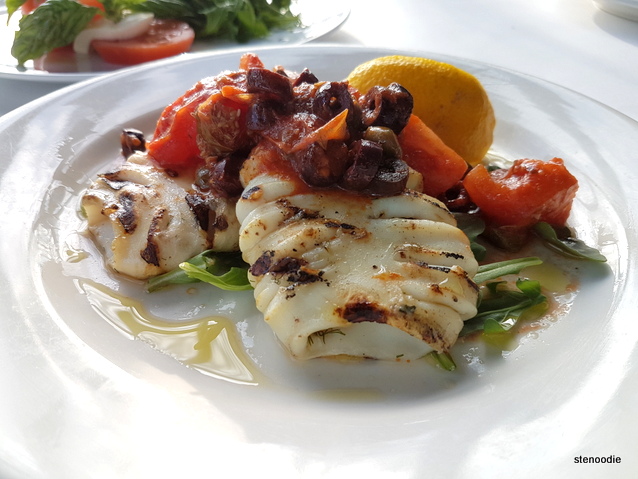 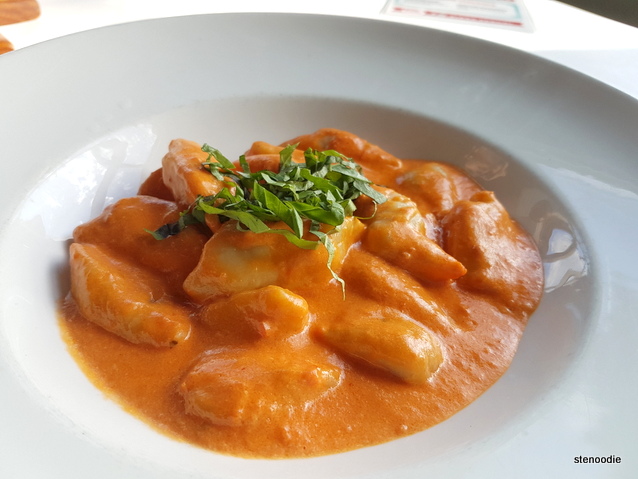 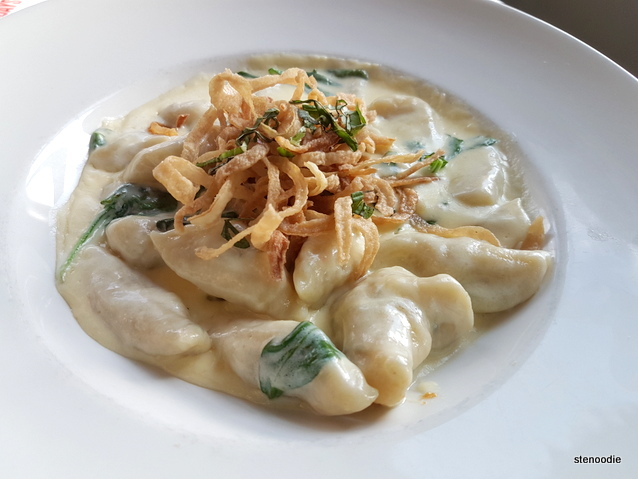 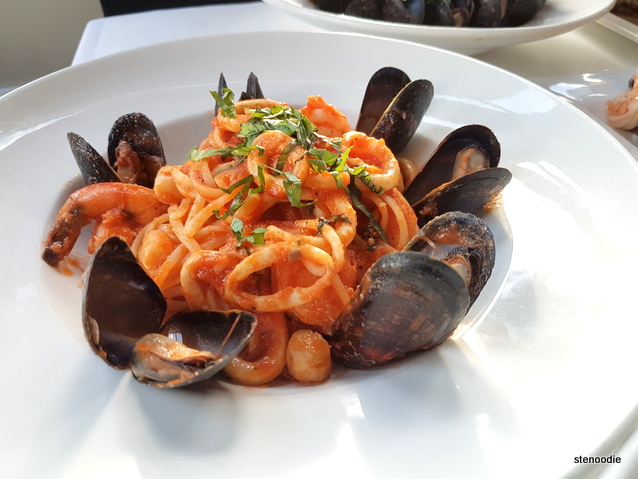 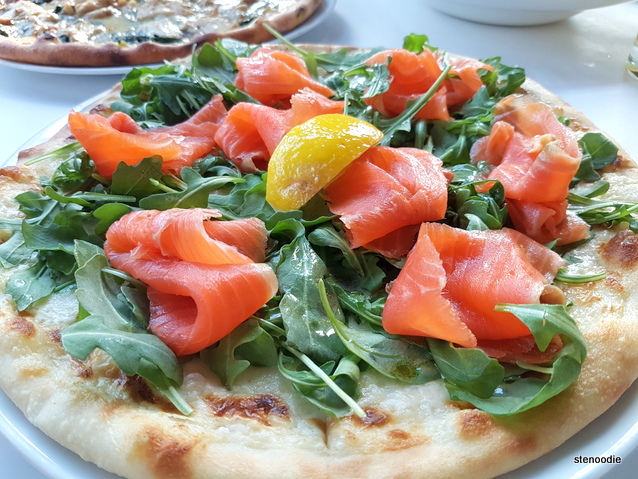 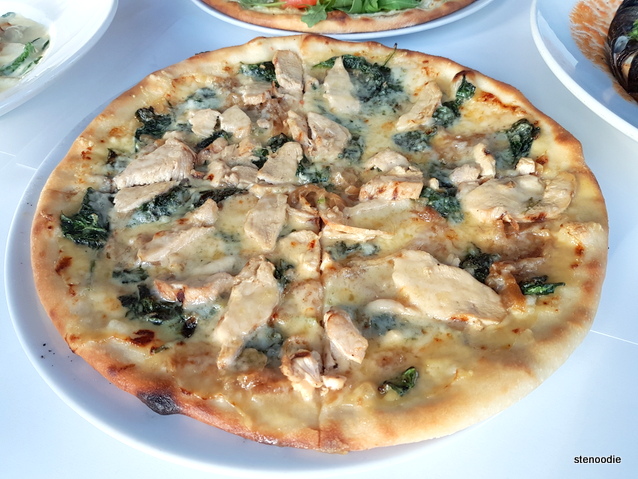 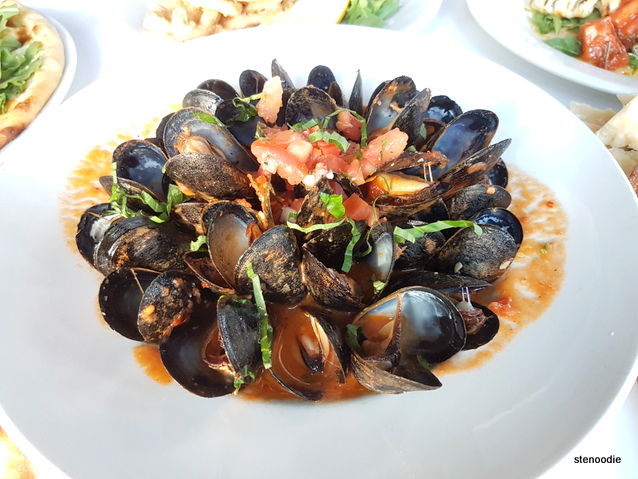 Their newest special was that on every Tuesday after 4 p.m., they would be offering $12 pizzas — any pizzas on their menu — as well as $12 for their featured pasta dish, gnocchi, and a $5 Birra Peroni.  What a great deal! 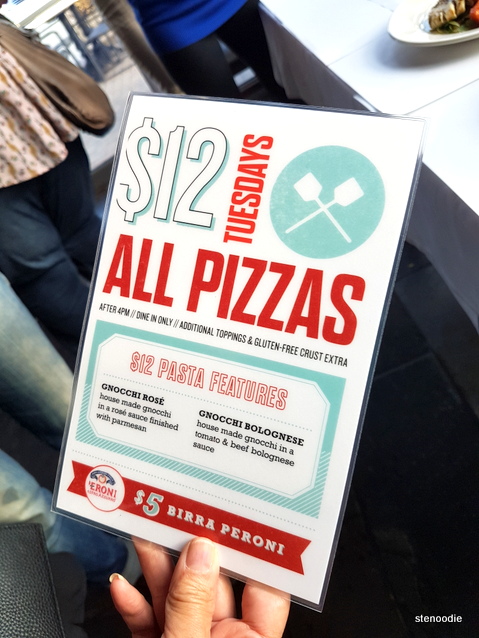 Tuesday $12 special on all pizzas and pasta feature

After our photoshoots were done, we were ready to eat!  We were seated in tables of four to six people and we were served a selected variety of the dishes that were presented to us during the photoshoot.  We shared these dishes family style with each other. 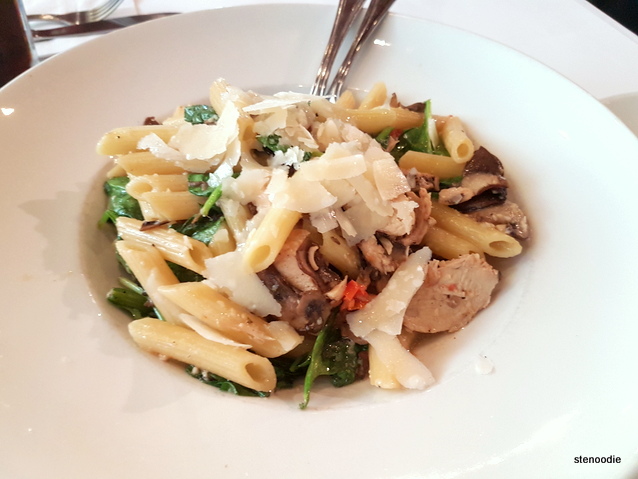 The first dish to arrive was the Penne Capri which consisted of grilled chicken, mushrooms, spinach, cherry tomatoes, white wine, and grana paderno.  To my surprise, this penne dish was actually really good!  The penne were done al dente and the grilled chicken pieces were actually tender and moist!  The grana paderno added to the top of the dish finished everything together.  The ingredients were so fresh!

We tried their Gnocchi dish which was homemade with asiago cream sauce and crispy shallots and spinach.  The gnocchi were larger than some most restaurant gnocchis and tasted decent. 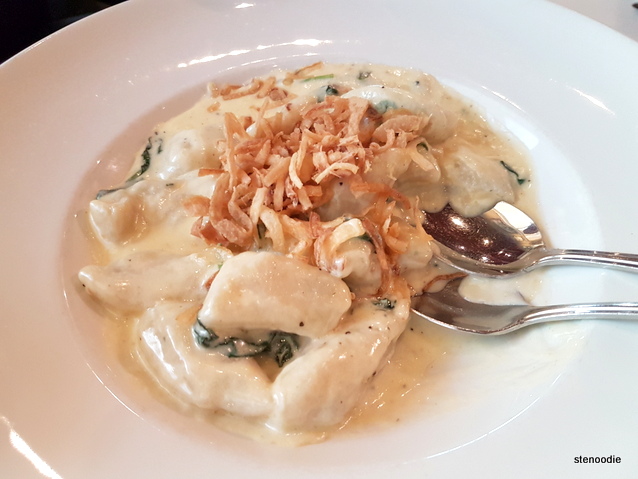 We tried their Calamari Grilglia all Puttanesca which was grilled calamari, tomatoes, black olives, capers, lemon, and olive oil.  To my surprise, the grilled calamari was perfect.  It wasn’t chewy at all or rough; it was really soft and tender!  Yummy!  The stewed tomatoes were also delicious since it had soaked up all of the sauces. 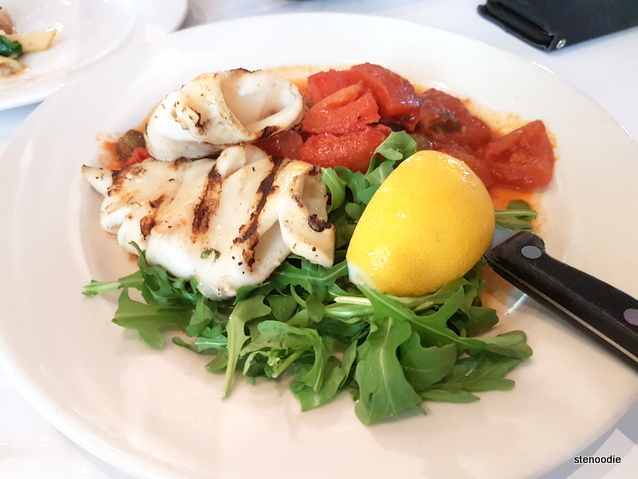 A main dish that we tried was the Veal Osso Buco which was slowly braised veal osso buco with mashed potatoes, root vegetables, and rapini.  I don’t often eat veal but this veal was done perfectly!  Again, the meat wasn’t rough or dry.  Instead, it was very tender and flavourful.  It was very good! 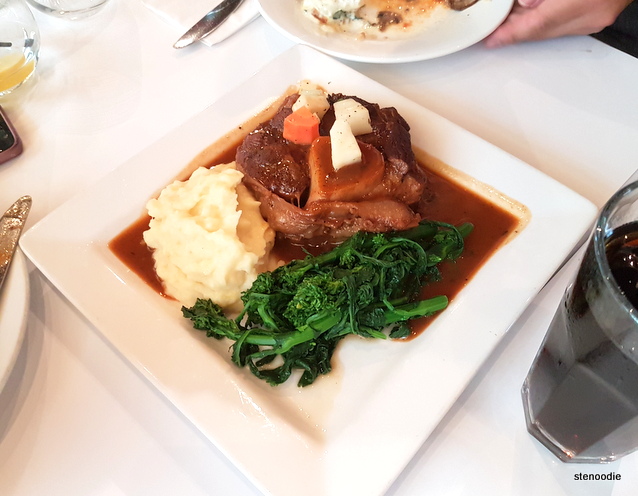 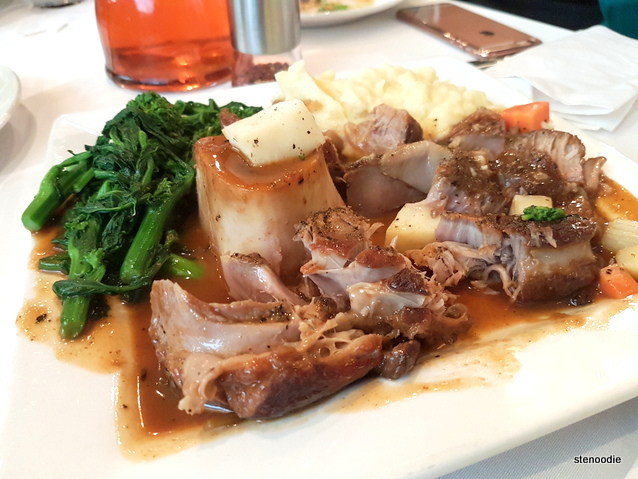 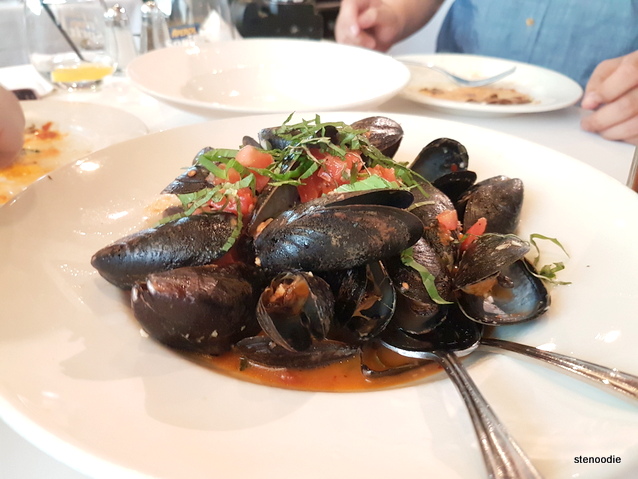 Mussels
– in a spicy tomato sauce

The salad that we got to taste was the Insalate Gamberi.  It had grilled fennel, spinach, radicchio, oranges, and grilled shrimp with a cranberry dill vinaigrette.  I really enjoyed the meaty grilled shrimp that picked up the flavour from the grill.  It was a light but savory salad. 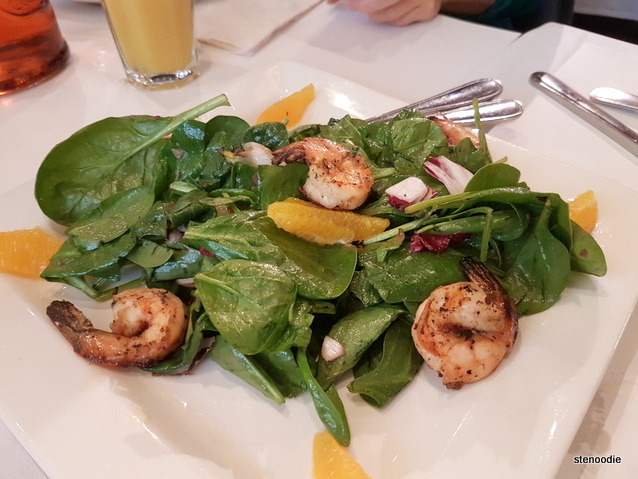 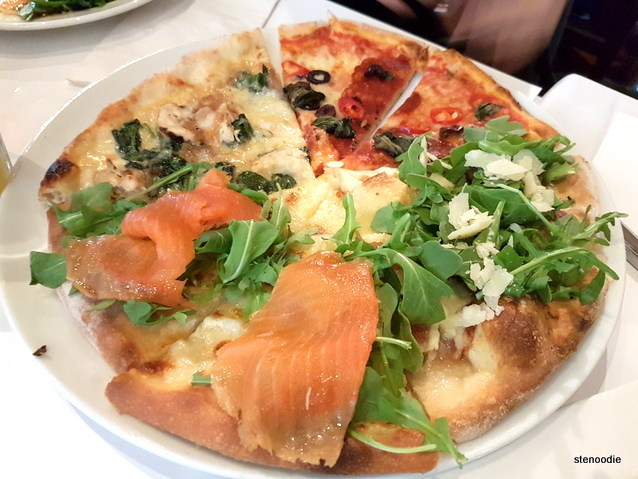 Last but not least, we had to try their pizzas!  Since Il Fornello serves so many types of pizzas, we had the pleasure of trying four types.  It was a smart idea for the kitchen to serve us a whole pizza pie but which was made up of four different types of pizzas (they rearranged and re-fitted the pizza).  We tried the Pizza Diavola (pomodoro sauce, mozzarella, spicy salami, basil, chillies, black olives); Pizza Salamon (smoked salmone, mozzarella, mascarpone, arugula, lemon); Pizza Fichi (mascarpone, proscuitto, figs, shaved grana padano, honey, arugula); and Pizza Pollo Asiago (Asiago Cream, roasted chicken, sauteed Spinach, caramelized onions, rosemary).

If there’s only one pizza that you have to try at Il Fornello when you are there, it is the Pizza Fichi!  Since it is made with mascarpone, proscuitto, figs, shaved grana padano, honey, and arugula, it was one of the best combinations of ingredients I have ever had on a pizza.  The mascarpone was intensely creamy, the figs were sweet and juicy, the proscuitto was thinly sliced and salty, the honey was rich and sweet, and the shaved grana padano and bitter arugula all married together into such an amazing pizza experience.  Seriously, you have to get this!  (Especially if you love creamy cheese pizza too.)

That being said, the other three pizzas were still amazing.  The Pizza Diavola is a great option for the meat lovers since there was spicy salami and black olives.  When I am craving something meaty and salty, this pizza will be the perfect pick.

The Pizza Pollo Asiago was a pizza with chicken on it and it was fairly good as well since the chicken was so flavourful. 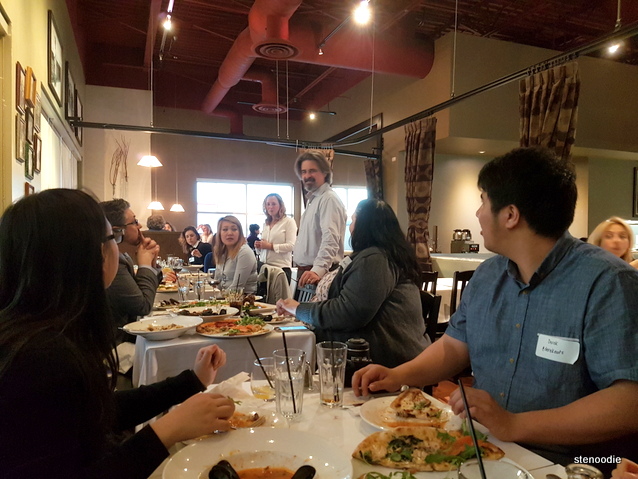 Alas, that marked the end of our amazing feast at Il Fornello.  The owner of the restaurant came to thank us before we ended off the night.  We were invited to take home some of the dishes that had been used for the photoshoot earlier too.  I was able to bring home the samples of the four pizzas in which we got to try and share them with my mom.  Mmm, they were just as delicious at home as eating them at the restaurant after I had heated them up.

Il Fornello has really stepped up their game in terms of the food industry.  Their dishes were made with fresh and high quality ingredients, tasted good, and presented beautifully.  Best of all, the prices are very reasonable too!  Go on Tuesday to take advantage of their $12 pizza and gnocchi specials! 🙂

Thank you to Jo and Jo of #jojoinstameets and Il Fornello restaurants for inviting me to enjoy such a wonderful meal! 🙂

FTC Disclaimer:  Although Jojoinstameets and Il Fornello invited me to a complimentary tasting, the opinions expressed here represent my own and not those of the companies.