Weekly Photo Challenge: A Face in the Crowd 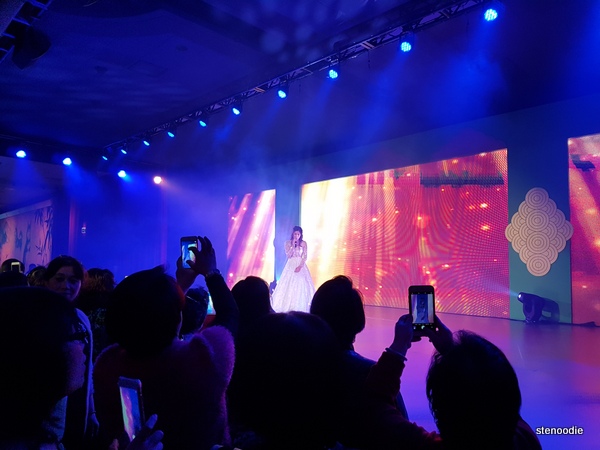 I snapped this photo last night.  To the one performing on stage, no matter how passionate her outcrys and speeches of thankfulness were, each person remains a face in the crowd to the star performer.

It really speaks to the concept of fame and how we as the consumer drives the chosen person up into the starlight.  Unfortunately, even with so many admirers, if the star doesn’t know who these people are, they remain nameless until the consumers decide to pursue the next big thing.  At that point, the face standing out from the crowd reverts to yet another nameless face in the crowd.  Dun dun dun…

I'm a stenographer, foodie, and avid traveller who loves to share her experiences with the world.
View all posts by stenoodie →
This entry was posted in Weekly Photo Challenge and tagged a face in a crowd, Fallsview Casino stage, fame and nameless fans, postaday, weekly photo challenge. Bookmark the permalink.

9 Responses to Weekly Photo Challenge: A Face in the Crowd