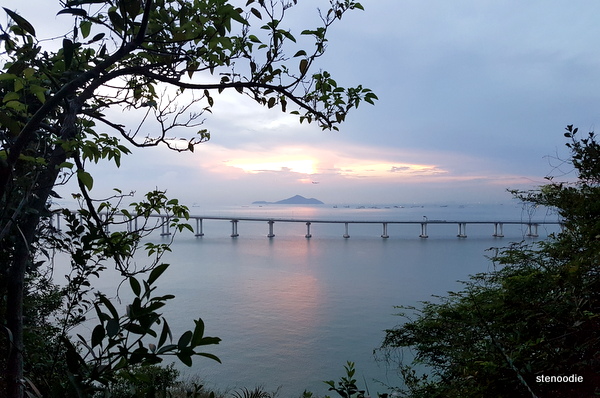 I wouldn’t say this is my favourite photo of a sun set or sun rise, but it’s one that was memorable to catch because we were in the midst of hiking for four hours on the Tai O hiking route in Hong Kong when this happened!

The view was spectacular as the path was right up against the shoreline and ragged rocks.  We actually had to be really careful when walking because there were so many big rocks and uneven steps.  One big wrong step and you would have landed down into the water (or at least roughed up in the bushes).  Either way, it wouldn’t have been pretty (unlike this view, ha).

The view was also close to theHong Kong International Airport so if you look closely, you can see the silhouette of a plane in the lightest part of the clouds there.