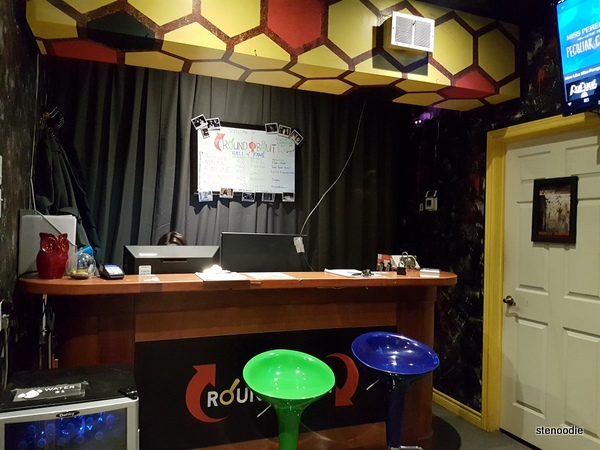 Mar. 29, 2018:  The four of us went to check out the Final Destination escape room game at Roundabout Canada!  The concept of being trapped in a real airplane for the setting of an escape room game sounded so intriguing and fun!

Roundabout Canada is located in downtown Toronto on Yonge Street near Dundas Square.  It’s on the second floor where Panera Bread is and we actually had trouble finding the entrance to the shop at first.

Heading up the flight of stairs, I was spooked out by the motion-activated toy that screamed and jumped out at me.  Haha XD

We had reserved our spot for the game online already.  I liked that we didn’t have to pay our fees yet when reserving the game online and could pay when we got there (apparently this is an option for weekday games only).  Unlike many other escape games, Roundabout doesn’t offer a discount upon checking in on social media (I did see it applicable but only for students on March Break).  I think businesses who use that as an incentive for discounts are so clever because it’s also free instant advertising for them. 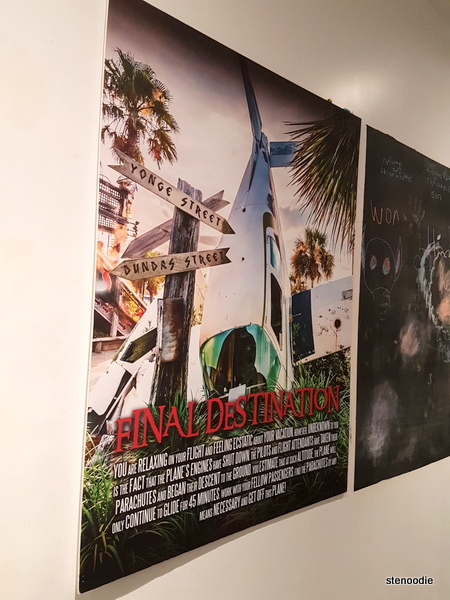 After we signed in and signed the waiver, we put our belongings into the locker provided.  It was cute that they had a lot of escape game memes plastered onto the wall.  I thought there was little to no explanation of their escape game as in there wasn’t much fanfare or excitement from the staff when we arrived.

Our game was for the 8:55 p.m. slot.  We saw the previous group of girls who played before us come out of the room.  We had to wait a few minutes for the staff to put the room back together again before we could go in.

Obviously I’m not going to spoil the escape room by blogging about it, but we did manage to escape within the 45 minutes.  Yay!

After we escaped, there also wasn’t any mandatory photo like most other escape games to take a ‘success’ or ‘fail’ photo.  I think it completes the process of an escape game, so to not have the staff direct us towards a group photo at the end was a bit lacklustre. 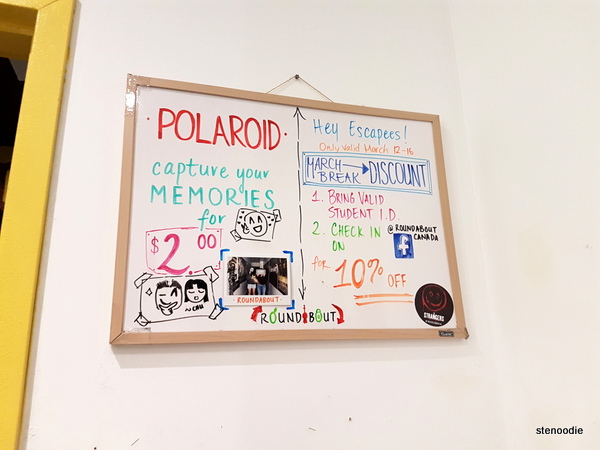 Ah, so apparently they do take photos for you but it’s $2 per Polaroid

I’m not sure if I’ll return to Roundabout Canada again to play their other rooms.  The Final Destination room was definitely the most attractive in terms of uniqueness.  At $25 or so, this escape game at Roundabout Canada is one of the more affordable escape rooms to play in.

I’d say that the difficulty level for this room was average.  If you’ve never played an escape room before, it would be above average difficulty and if you have played many, then the puzzles might be too easy for you.  With that said, I still had a lot of fun playing it!  (Also, the success rate on the day we played the Final Destination room was unknown; the staff told us that they had recently revamped the puzzles in it to make it more difficult to solve.) 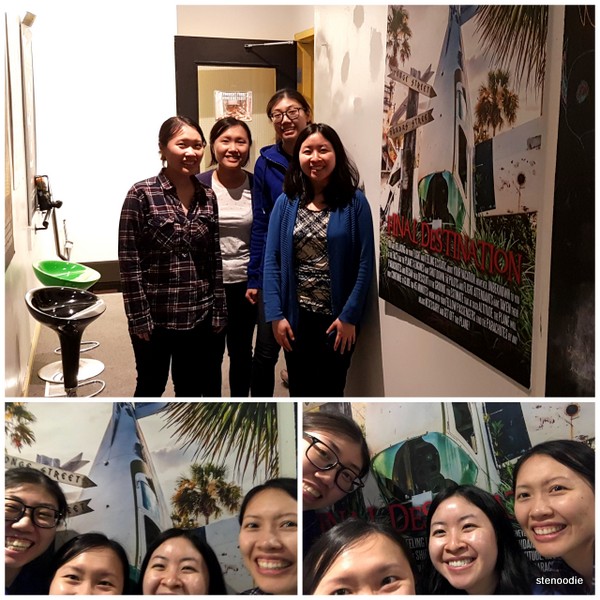 Yay, we successfully escaped out of the room!