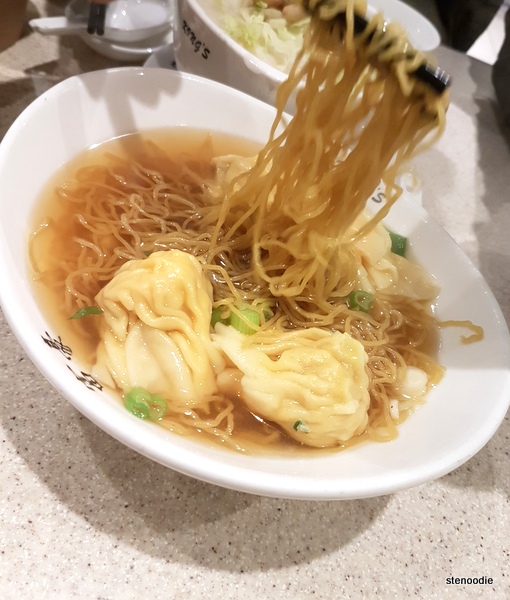 April 13, 2018:  We had a second dinner at King’s Noodle Restaurant (富豪麵家 ) in Chinatown after Otto’s Berlin Döner.  I had been to this Chinese restaurant in autumn 2013 and fondly remembered their wonton noodle soups that were tasty and very affordable.

We walked in on a Friday evening and got a table immediately.  There were so many other people here too.  It really is a popular spot for traditional Chinese food. 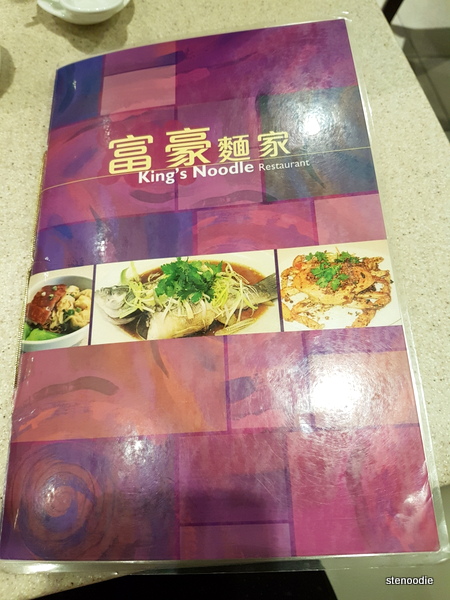 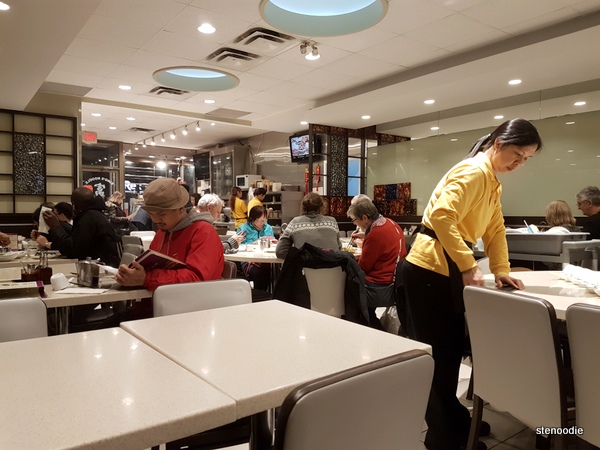 View of the restaurant from where I sat 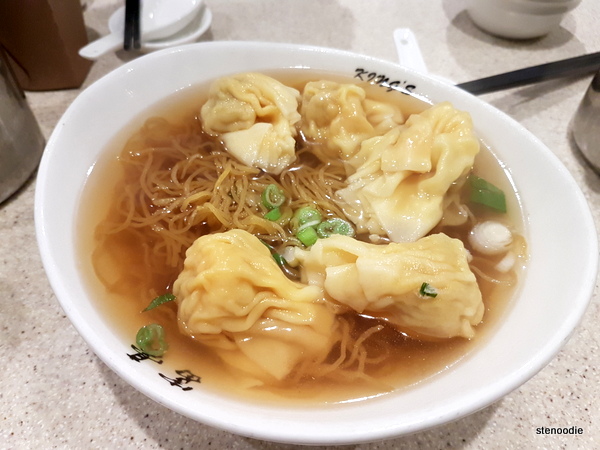 The Wonton Noodle in Soup was such an amazing deal. Unfortunately on this visit, I was disappointed with the taste.  The wontons were made with shrimp and pork and not the pure shrimp I had expected.  Wontons usually taste better with just shrimps as the stuffing.  The wonton noodle was also not bouncy enough for my taste.. it was a bit mushy.  I thought it tasted better before or maybe it’s because I’ve had really good wonton noodles in Hong Kong since then that these don’t cut it anymore.

The Hong Kong Style Congee (boat congee) was really good and comforting!  The pork stomach was so tender and delicious. :9.  (The portion was a bit small — I mean look at the bowl compared to my SO’s hands — but I guess you can’t expect too much if it’s under $5 for the bowl.) 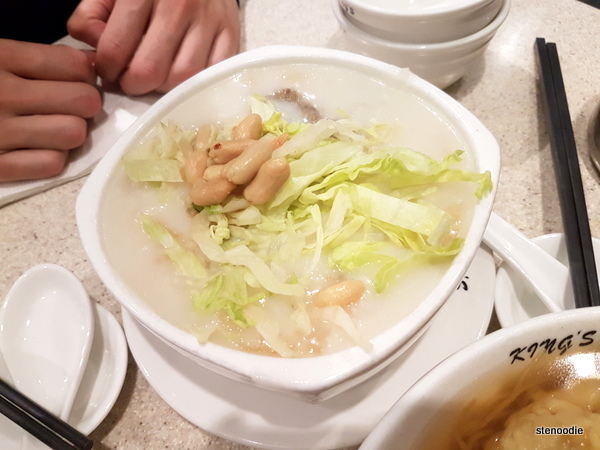 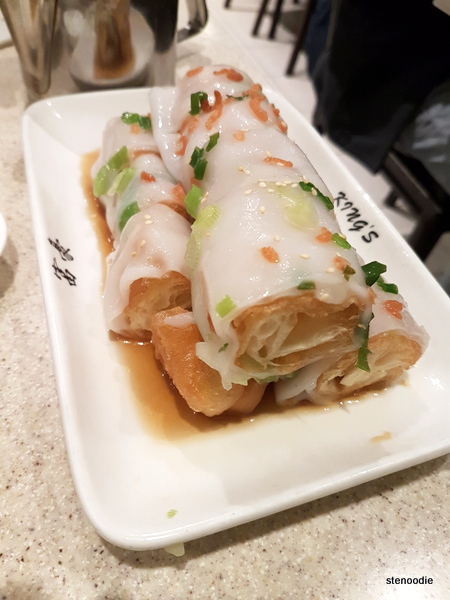 The Rice Flour Roll with Donut (dough fritter rice roll) was so large and plump!  The rice roll skin was very thin too.  The dough fritter was a bit mushy when I bit into it but it was still tasty.  We had to ask for a side of sweet sauce and peanut sauce since these usually are served with them.  My guess is that unless you ask, the servers don’t automatically give it to you to cut costs or save on unused sauces.  Hmm. 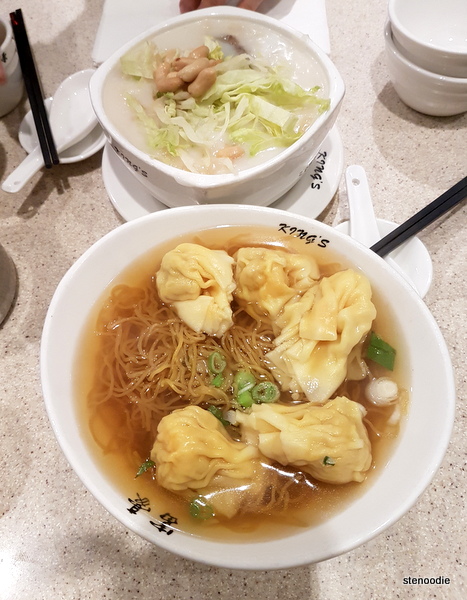 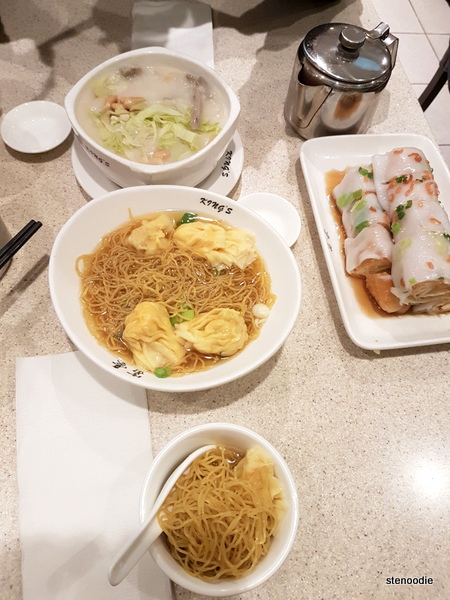 You pay at the front desk with the bill when you leave. 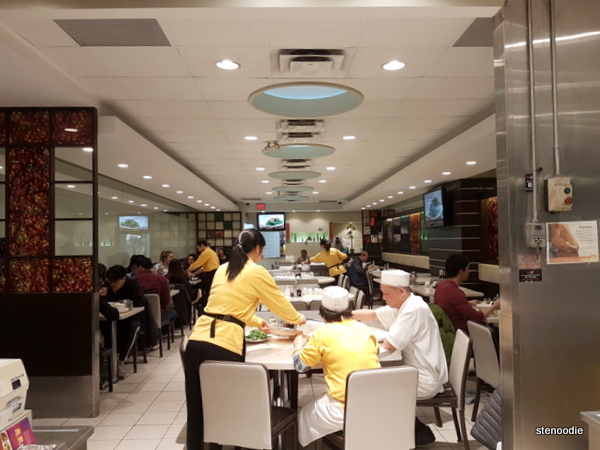 View of the restaurant from the entrance 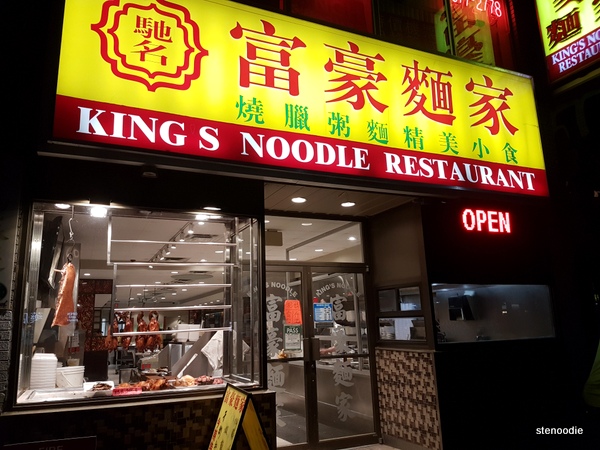