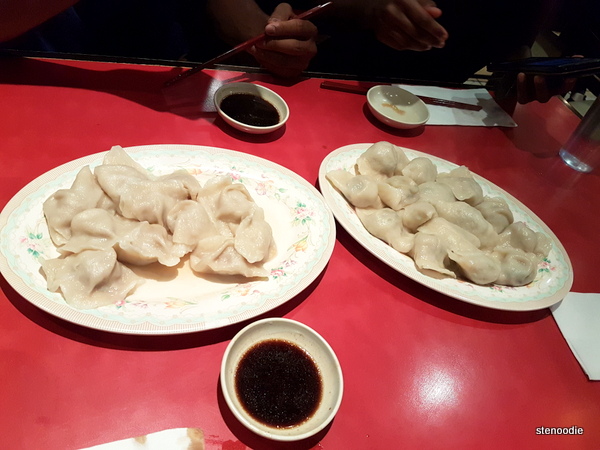 July 7, 2018:  After a wonderful stroll through Harbourfront and the newly built Trillium Park, we had a late light dinner at Dumpling House Restaurant.  We were still full from our BBQ lunch so we came here to try out their namesake dumplings.

It’s a no frills Chinese restaurant so don’t be offended if you feel like the servers are trying to rush you to place an order the minute you sit down (which is what happened with us — the server came around at least two times to try to put our orders in, but we were still trying to decide what to order).  It was very packed with patrons even though it was just already almost 10 p.m. when we entered the restaurant.  We didn’t have to wait for a table and got seated immediately.  We walked past the front kitchen area where there were a couple of ladies making fresh dumplings.  All of their dumpling orders seem to be freshly made to order. 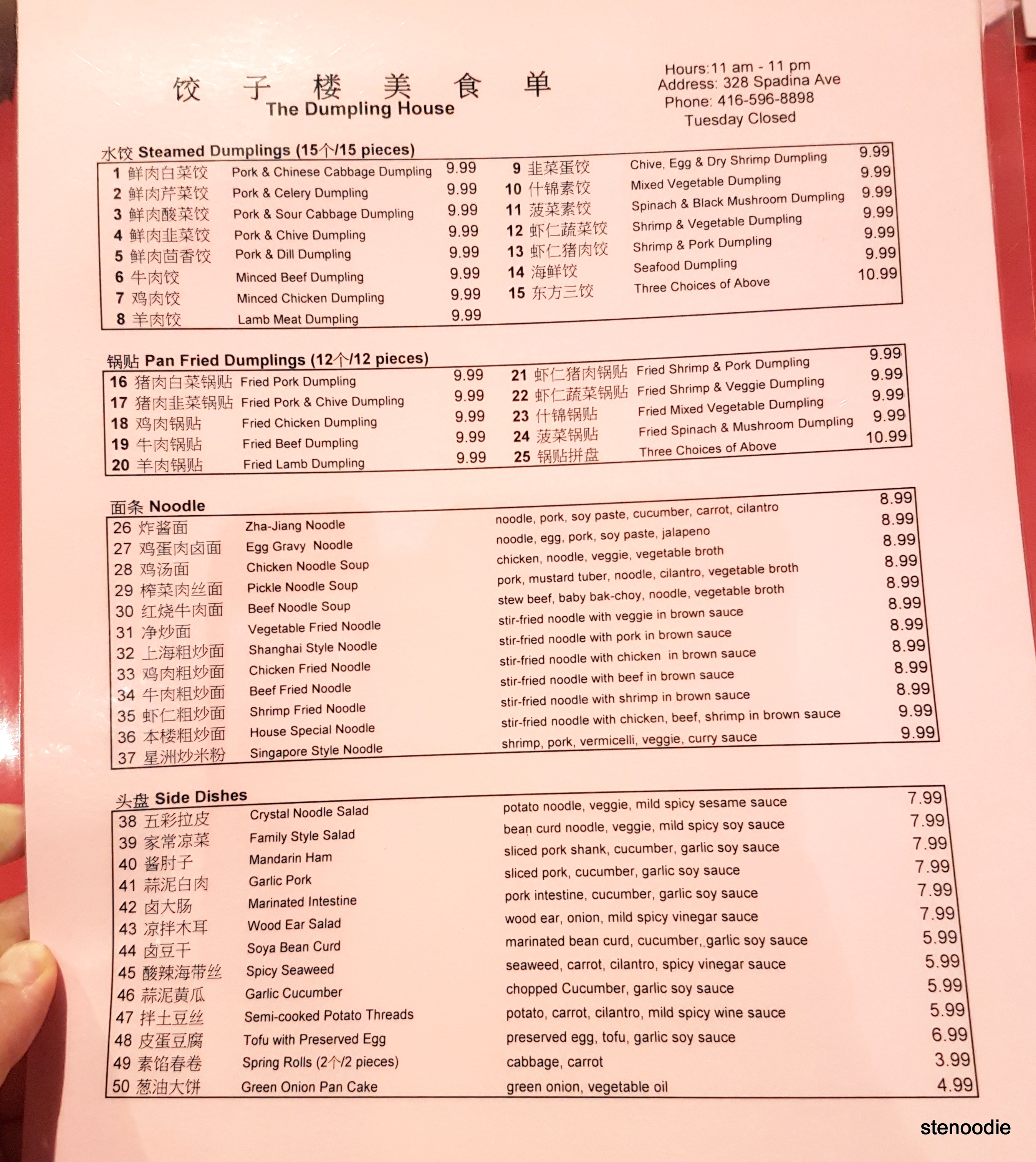 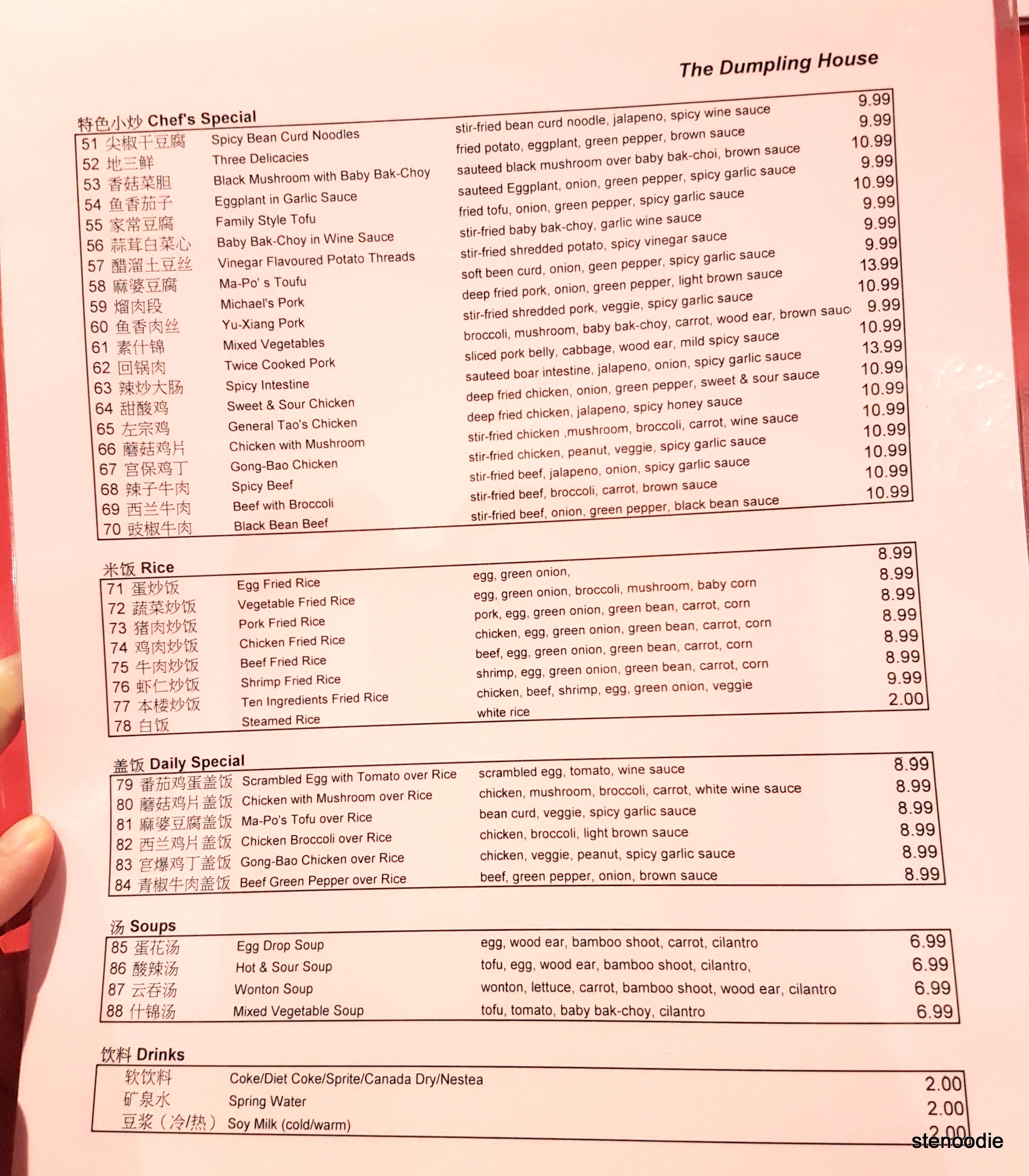 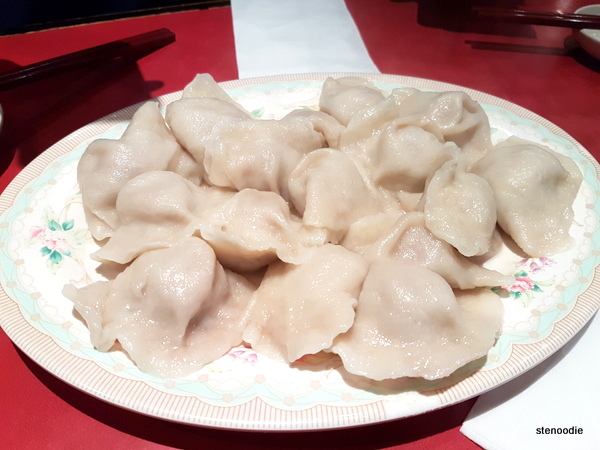 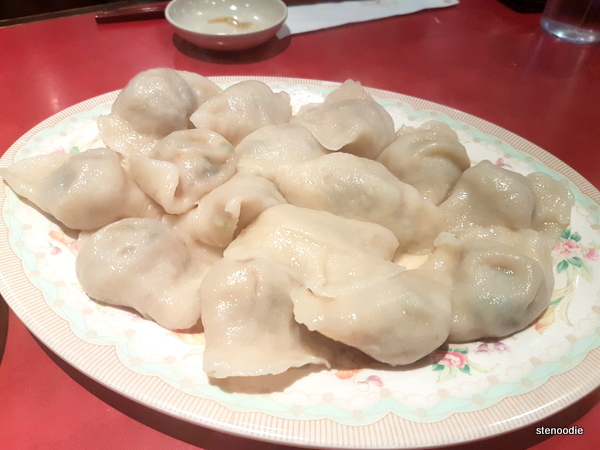 Both steamed dumplings look the same (but you can see a slight hint of the green chives for the Pork & Chive one), but the taste was definitely different for each one.  The Pork & Chives one had a more obvious taste due to the chives. 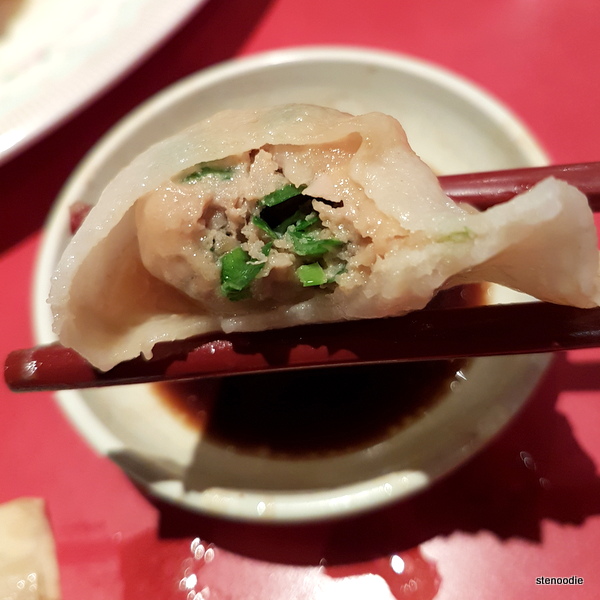 So much stuffing and juice in it!

S & S also taught us how to mix the dipping sauce for the dumplings!  Apparently, it’s a mixture of 1/4 vinegar and 3/4 soy sauce.  It really is the perfect mixture for dumplings!

Dumpling House Restaurant also serves Pan Fried Dumplings too.  In addition, they have noodles, side dishes, rice, soups, and a lot more.  Their menu is very extensive! 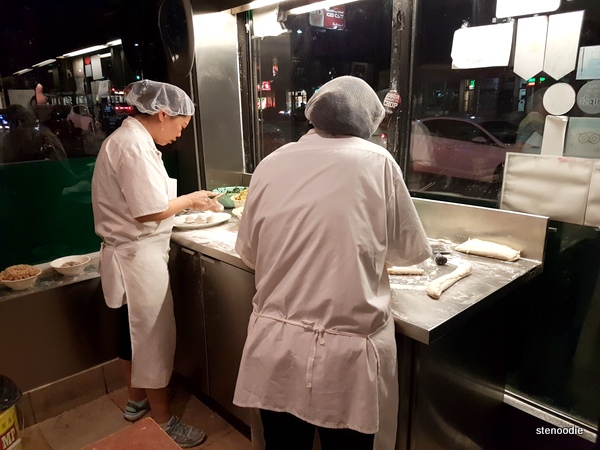 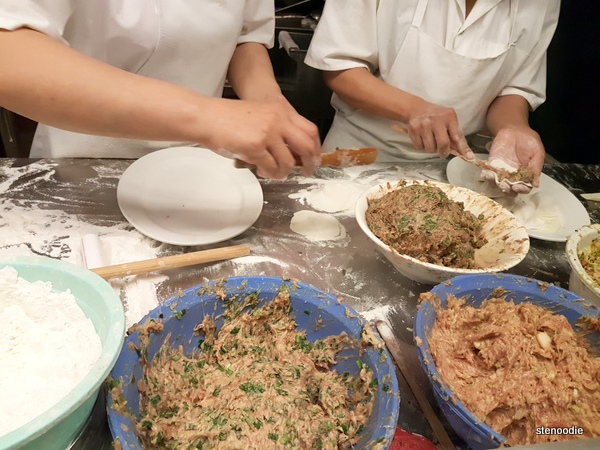 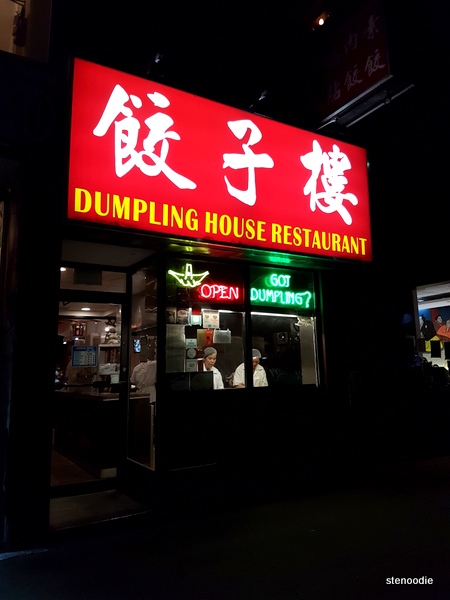 One of the many Chinese restaurants in Chinatown Toronto