Drinks and Snacks at Cha Me Cha (Markham location) 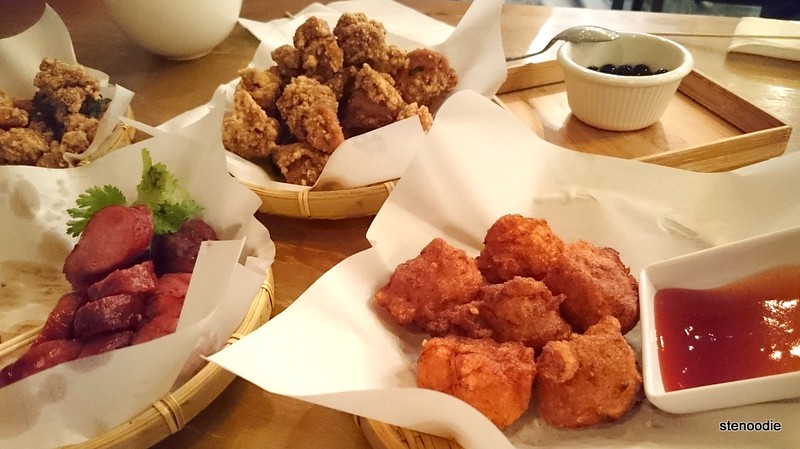 It’s nice to meet up with old friends to catch up.  Alice and I met up with two old friends and a new one at Cha Me. Cha over some Taiwanese drinks and snacks.  There are three locations of Cha Me. Cha in Toronto.  I’ve been to the one on Yonge Street near Finch and that was the first time that I had their infamous shaved ice cream.  It’s not just shaved ice, but shaved ice cream!  I remember what an incredible dessert day that was. ^_^ 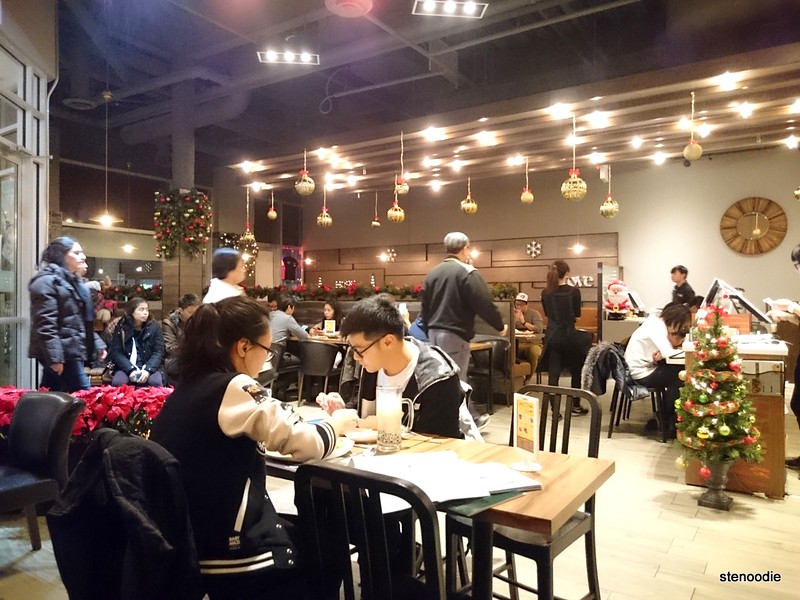 This Cha Me. Cha is all ready for the holidays! ^_^ 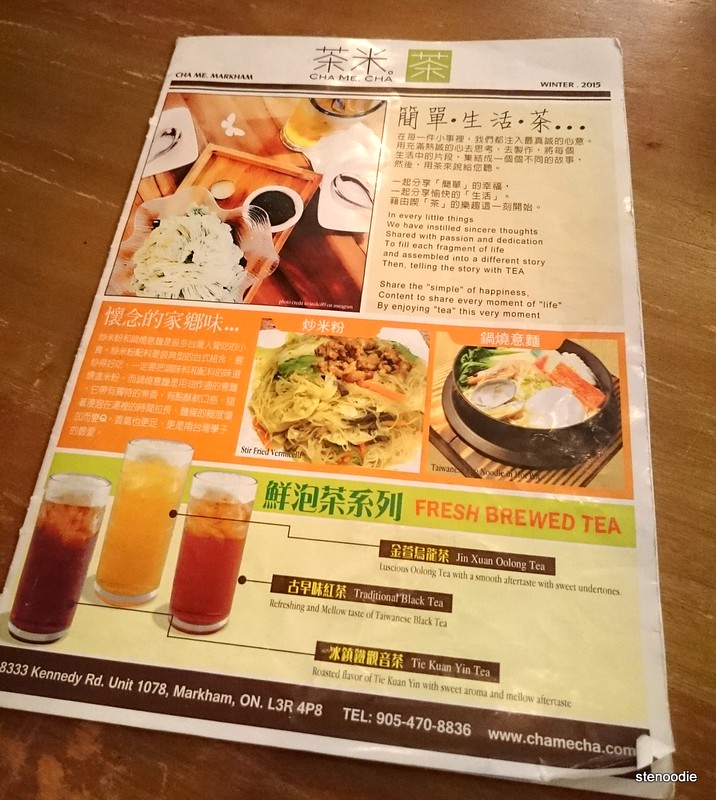 I haven’t tried the popcorn chicken at Cha Me. Cha so this was definitely the first time to try.  We were here on a Sunday late afternoon and the place was already bustling!  This location of Cha Me. Cha is located inside the new-ish Langham Place across from Peachtree Centre at Kennedy and Highway 7 in Markham. 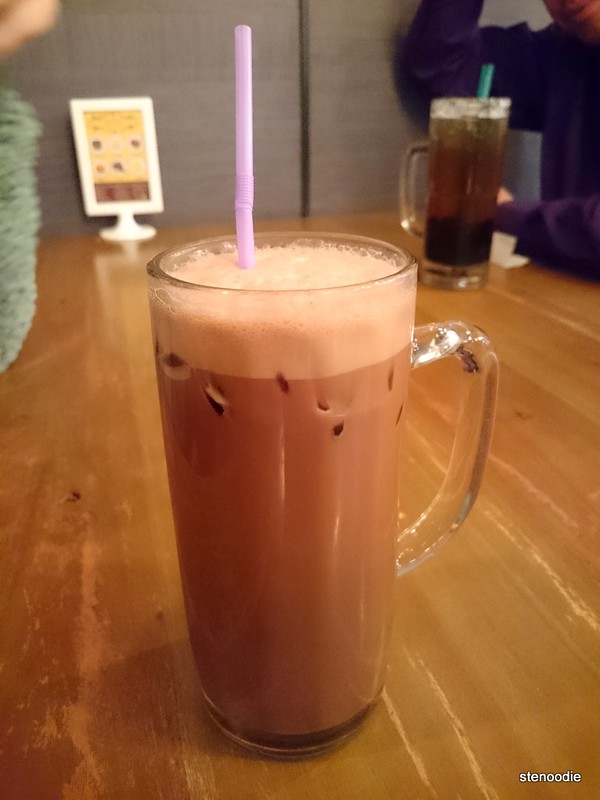 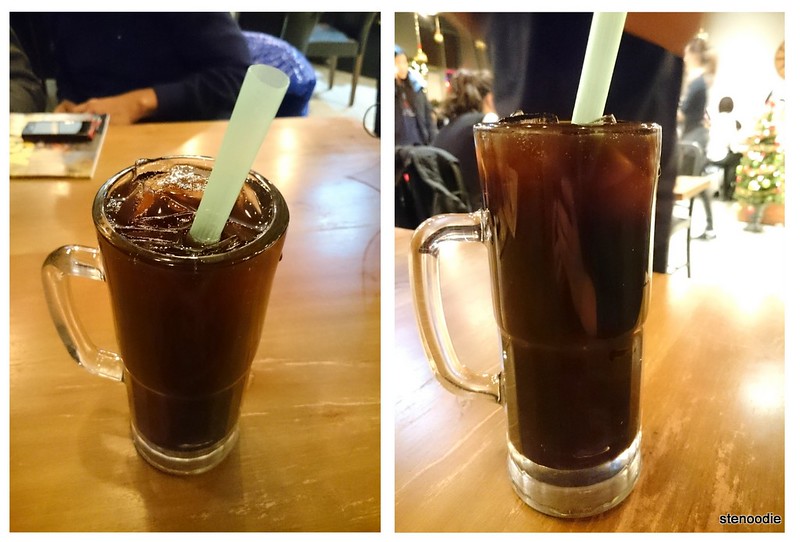 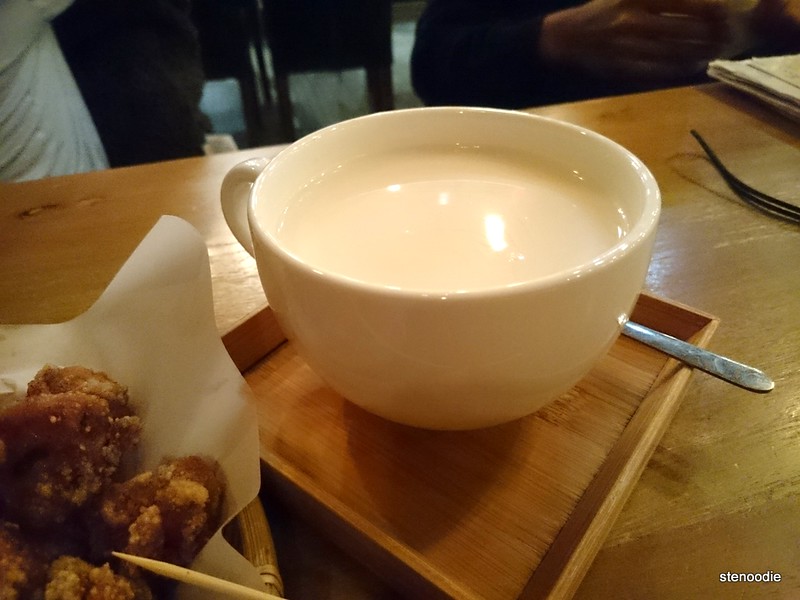 Our snacks arrived!  We ordered two baskets of popcorn chicken (I really, really wanted a lot of these), a basket of Taiwanese sausage, and octopus balls. 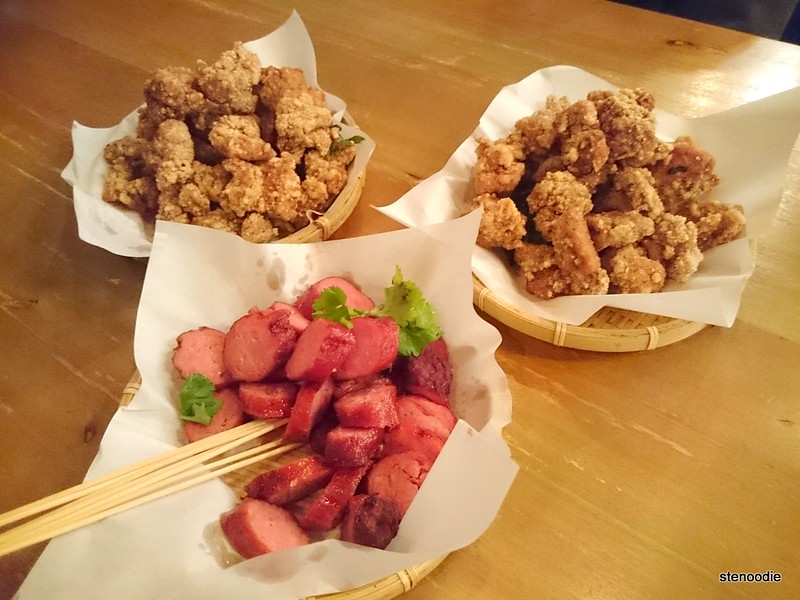 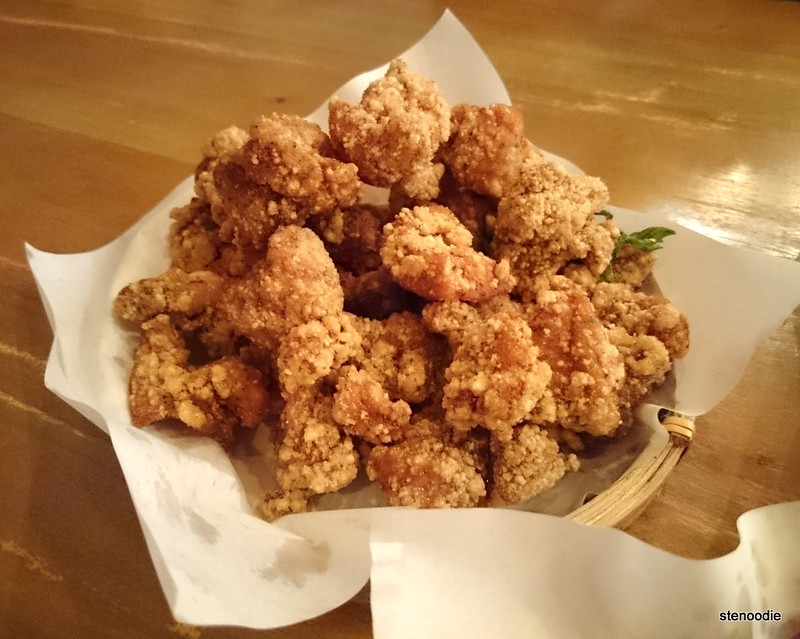 The Taiwanese sausage was pretty good.  I wish there were more of it haha. 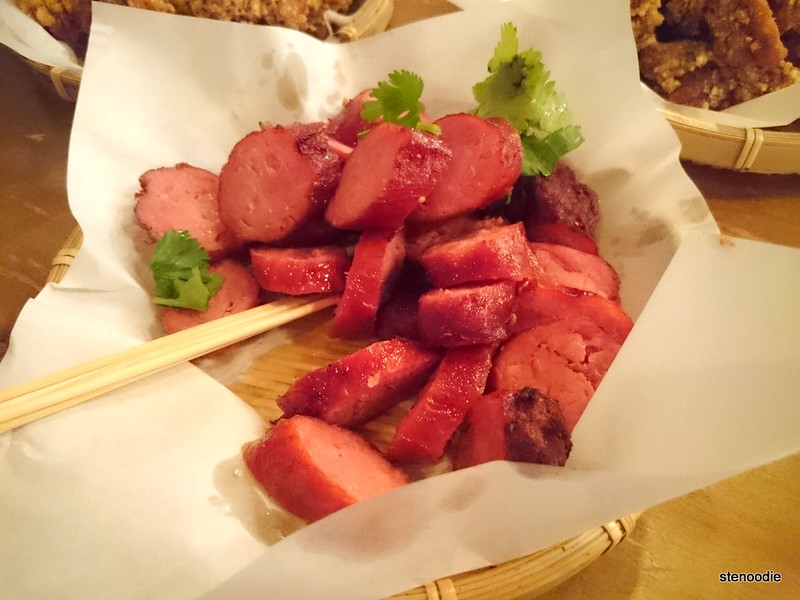 The octopus balls were really good!  I found it interesting that they served this with ketchup. 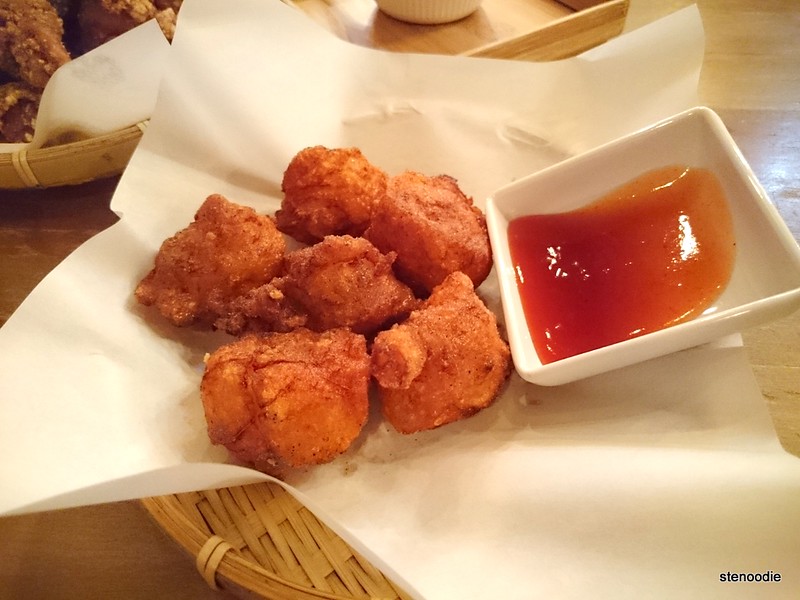 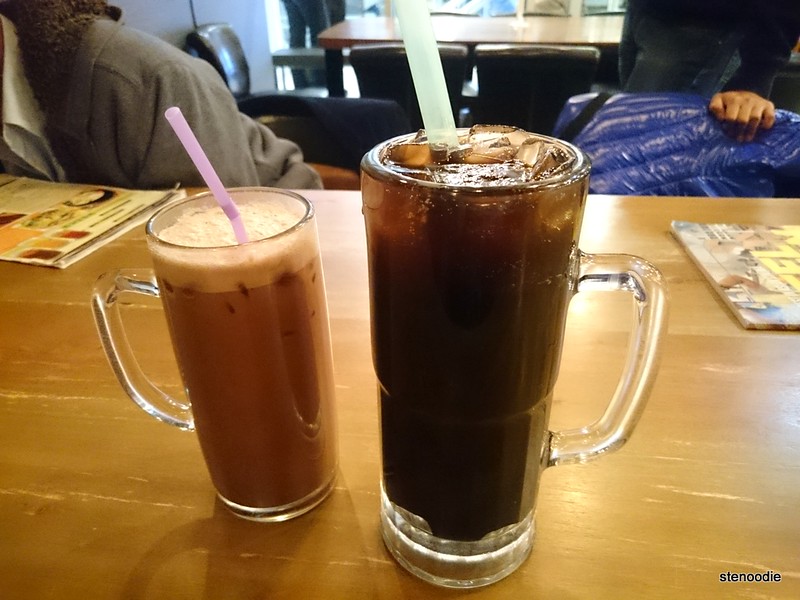 Anyway, that’s all we had on this visit.  I would love to try their shaved ice cream and other desserts next time to see how it compares to the location in North York.  I’ll have to return another time. 🙂

Your thoughts of Cha Me. Cha, my dear reader?