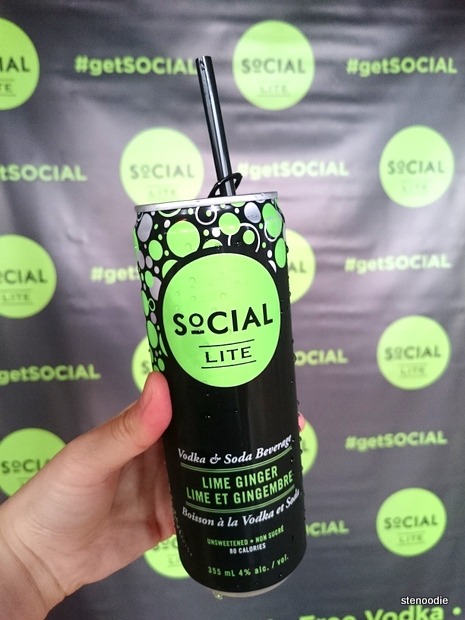 Yesterday was the SoCIAL LITE Vodka Launch Party at The Spoke Club at 600 King Street West in downtown Toronto.  Arlene Dickinson & The SOCIAL LITE Team had sent me an invitation to this event a few weeks prior and I was quite excited about this event, especially since the request to invite a guest was not granted until close to the week of the event as they had so many guests on the invite list already and weren’t sure if they would be able to accommodate more people at their venue.  Thus, with several reminder e-mails sent to my inbox as the event approached, I had a great impression for the event’s organization and planning.

When Mandy and I arrived right on time at 600 King Street West, there was a little confusion as to which floor the event would be on.  We took the elevator to the fourth floor at first seeing that there was a sign for us to go to the fourth floor for The Spoke Club.  However, once we were there, we were informed to go to the second floor instead.  Perhaps a sign on the ground floor would aid guests to the right location next time? 🙂 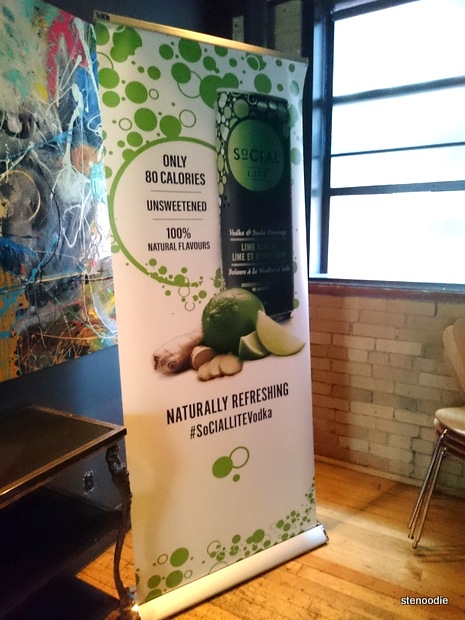 Large beautiful banners set up to show off the product 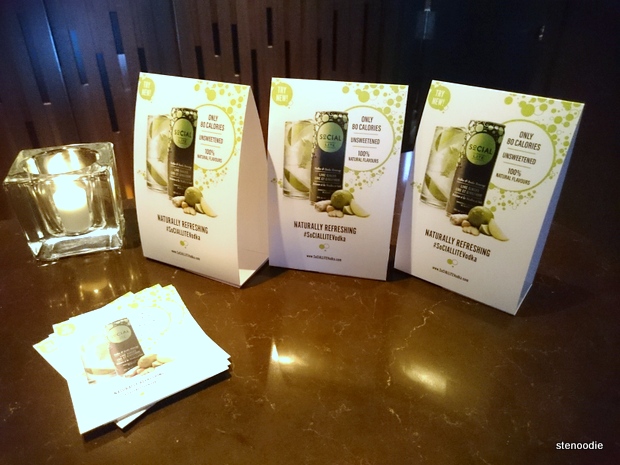 Lots of promotional material set out! 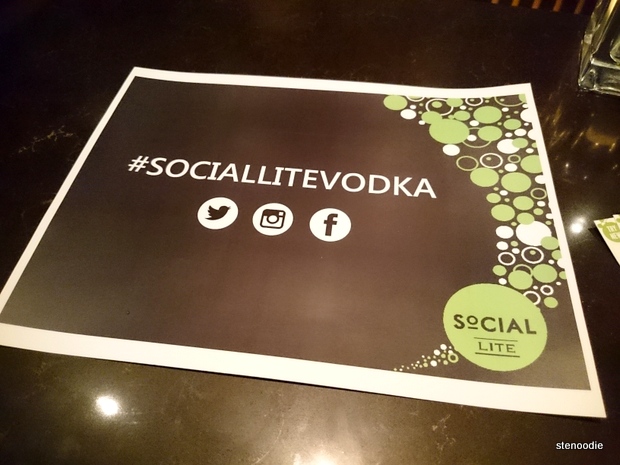 Official hashtag for the event and social media accounts

Since we were there right on time at 6 p.m. (the event was slated for 6 to 9 p.m.), there weren’t very many people there yet.  We were graciously welcomed to the event, signed in with a name tag, checked our coats for free, and then given a quick introduction to the new SoCIAL LITE Vodka drink in a Lime Ginger flavour, and a sample of the new product.  We also met one of the co-founders of the product too! 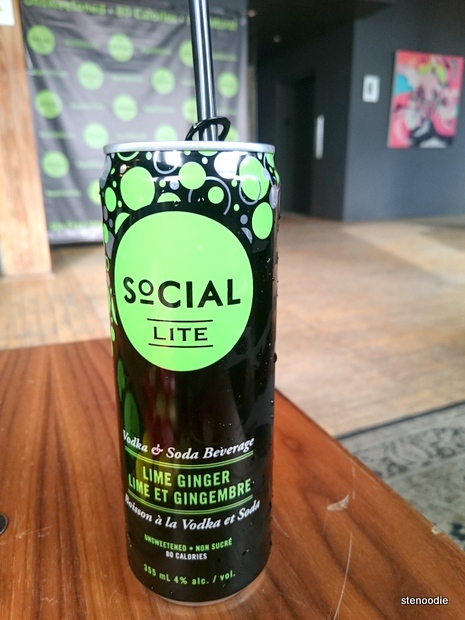 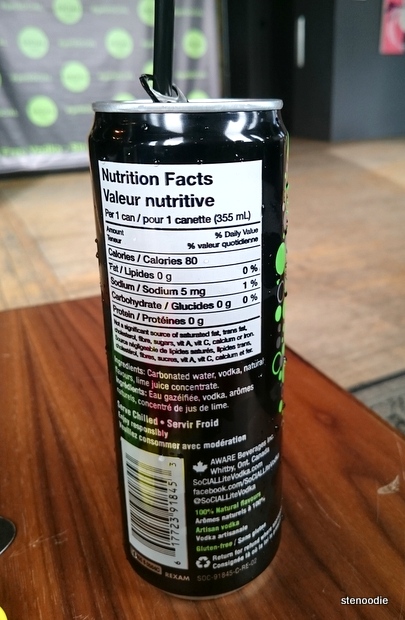 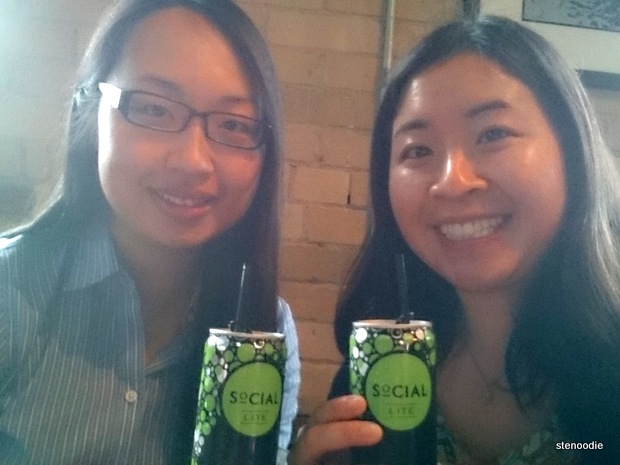 There were many more media and influencers that arrived as the hour went on.  Mandy and I chose a comfy spot to sit in and chatted as we sipped on the Lime Ginger vodka & soda beverage.  Its features are that it’s unsweetened, contains only 80 calories, 4% alcohol, made with 100% natural flavours, and thus naturally refreshing (and also gluten-free).

True to its word, it definitely wasn’t a sweet beverage at all and tasted faintly of vodka and strongly of lime.  It was a very good drink and not strong at all.  Even Mandy said that she usually prefers sweeter drinks but that this drink grew on her as she continued drinking it. 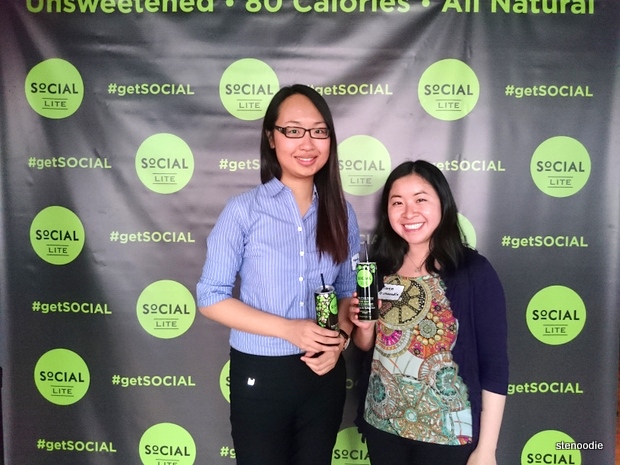 Really nice wall to take photos in front of!

The event did advertise that in addition to samples of the drink, it would have ‘hors-d’oeuvres, games, prizes, and surprises’.  Unfortunately, after an hour, we had only seen one plate of hors d’oeuvres being passed out by a runner and which we didn’t even get access to since they ran out before we actually spotted it.  And thus, we decided to leave the event having tried the exclusive new launch of the SoCIAL LITE Vodka.  I would have liked to stay the night and partake more in the launch party if there were more hors-d’oeuvres or food to fill our stomachs.  We were both off from work and wanted dinner — I thought this event would have had a little more food to tide us over, but I do know that it was a launch party for a drink, so I am not complaining. 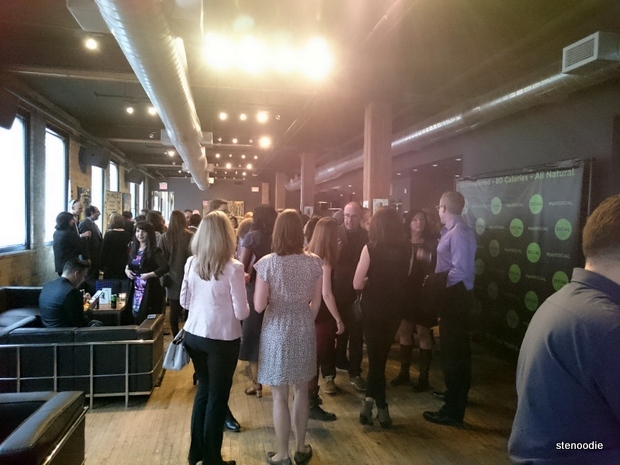 Thank you to the Arlene Dickinson & The SOCIAL LITE Team graciously for inviting me and a guest to be able to try your new Lime Ginger Vodka & Soda beverage.  It was a really great opportunity to try this out and I would definitely recommend this drink to my friends for a light yet naturally great-tasting drink!  I like how it is made with 100% natural flavours! 🙂 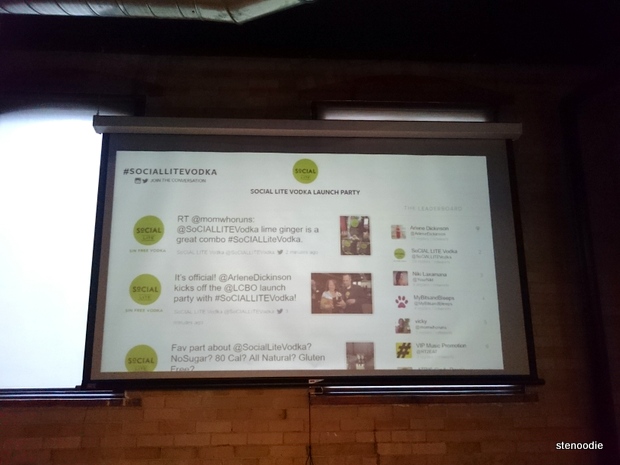 I think they did a great job at advertising the event and helping guests to stay informed of the event.  As well, I liked how they had a projector showing a live stream of all the social media accounts that were tweeting and promoting the event on a screen.  Best wishes to the team and this new product! 🙂

FTC Disclaimer:  Although Arlene Dickinson & The SOCIAL LITE Team invited me to a complimentary tasting to showcase their product, the opinions expressed here represent my own and not those of the company.