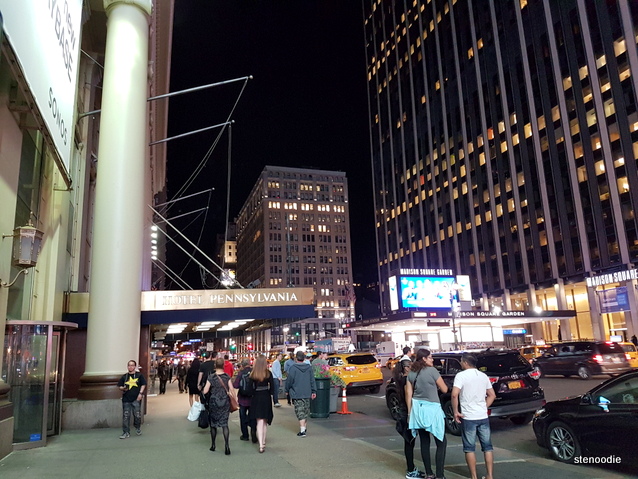 We booked this hotel in New York from April 27 and checked out on May 1, 2017.  Hotel Pennsylvania is located in the Midtown Manhattan area of New York and really close to Penn Station for easy transit.  It is also located right across from Madison Square Garden.

Although we booked the hotel to stay from April 27, we actually didn’t check in until the wee morning of the 28th due to a plane delay.  We checked in at 3 a.m. in the morning and there was only one other person in the lobby.  The check-in process was straight-forward and while I was afraid that there wasn’t going to be complimentary wifi, we did receive it after all.  Yay. 😀

Also, prior to the check-in, I had consulted reviews online on TripAdvisor which made me fear for the quality of the rooms.  Some travellers who had stayed at the hotel commented that the hotel was really old and some of their lower levels not only stunk but there were a few photos of cockroaches inside the rooms. :O  Because of that, I was paranoid and asked Ken to take the advice of the travellers to ask for a room that was higher up instead (those were newly renovated apparently).  While we had originally booked a room that had a queen size bed, the available room that was available on a higher level only had a double-sized bed.  I was fine with this since I really was afraid of the the supposedly dirtier lower-level rooms.  I just didn’t want to risk it lol.

When we arrived to our room, it was indeed smaller than most hotel rooms I’ve been to.  However, it’s expected since New York City is such a big city where rent is high and spaces are limited.  It was all relatively clean though and I accepted what was given to us. 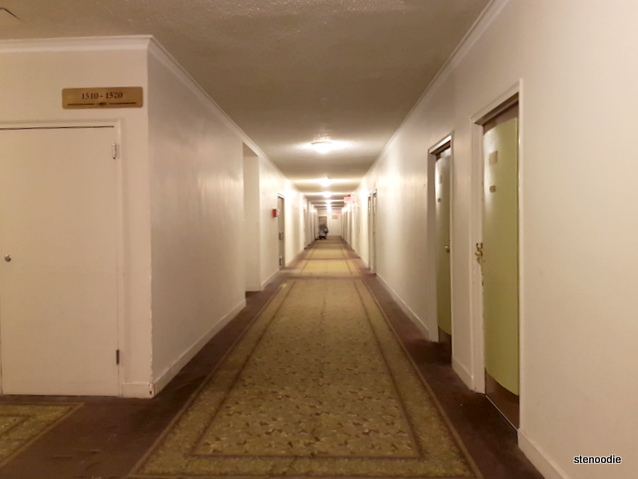 The hallway on the 15th floor 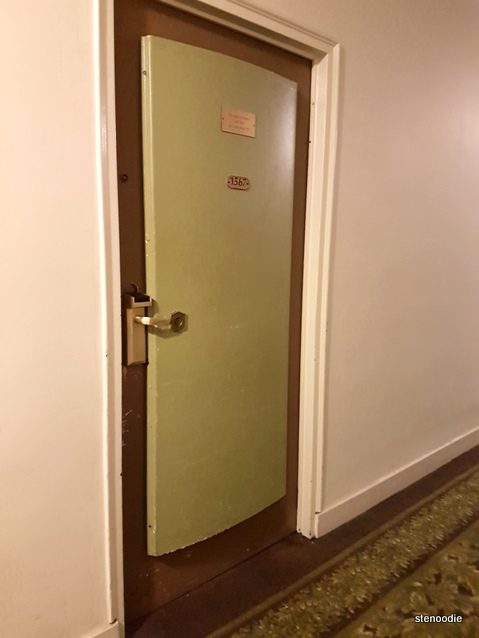 The little pocket door to our room was cute

The bathroom was tiled and while the shelf below the mirror was a little crooked, everything worked well.  There was a standing shower with a curtain and clean towels. 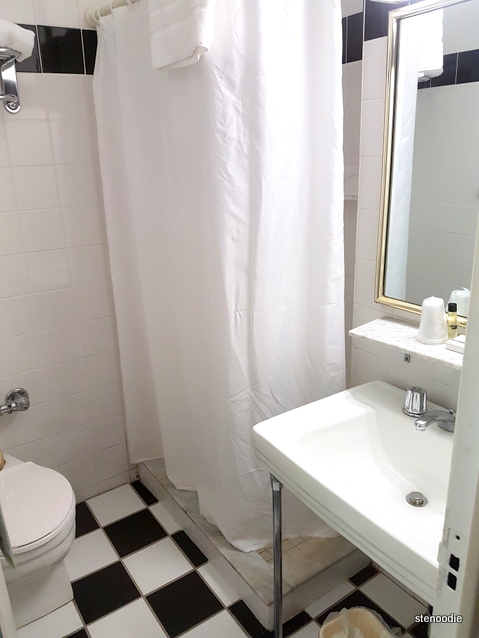 There was a little smell in the room but overall it wasn’t that bad.

There was a desk with a mirror and chair though.  There was a closet.  There was no mini fridge, coffee maker, or too many other additional items that sometimes hotel rooms have.

After the first night’s stay, we realized that our room wasn’t cleaned so we did call up the cleaning services to clean the room and they did so every night after that. 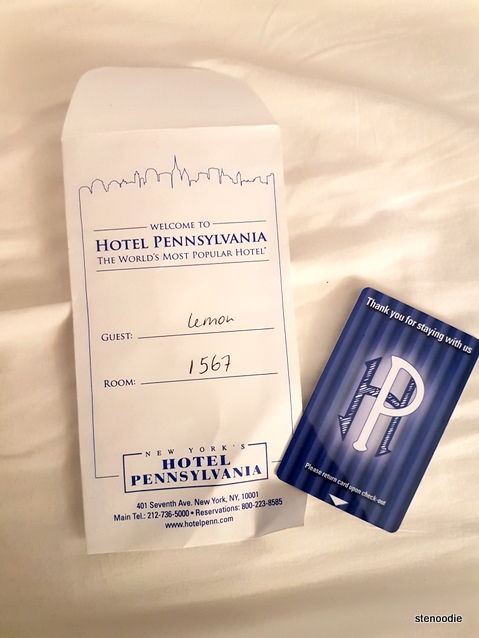 We also checked out the small gym that was on the same level.  It was literally gym equipment put into the space of a hotel room. 😀

They had a really big lobby too and was a busy hotel. 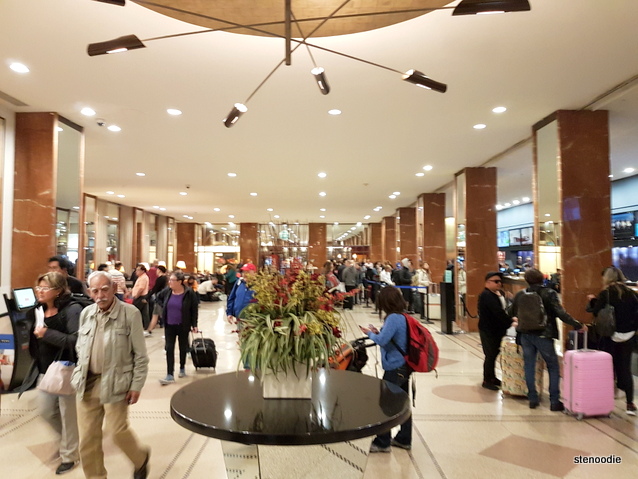 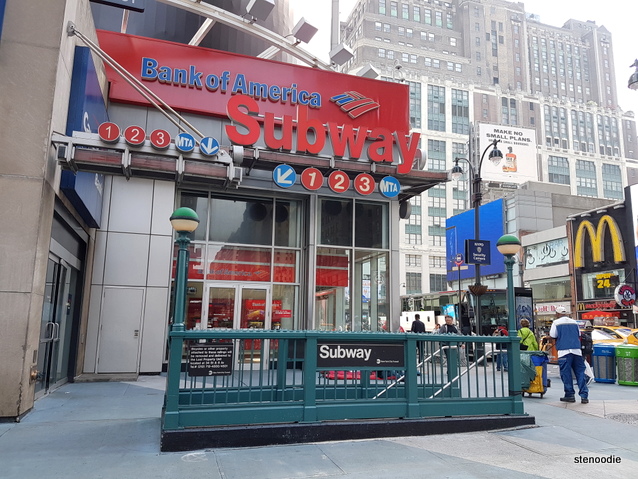 Would I stay here again?  Probably not because it was really old and not in the best quality.  However, it was still a decent hotel stay and so close to the subway.