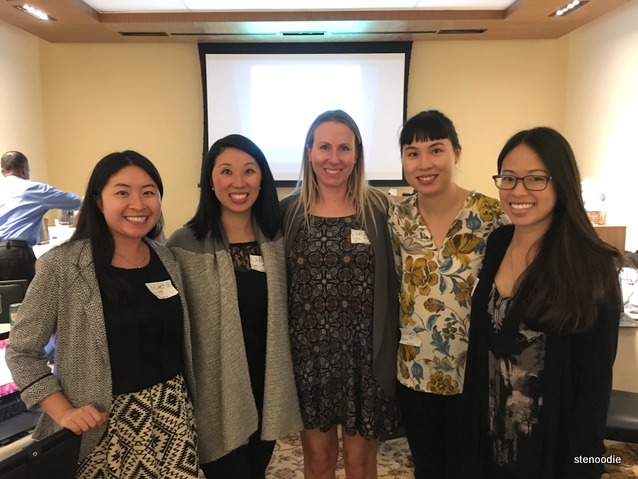 I came back from my vacation just in time for the CSRAO Annual Conference this year — yes, it is that important and exciting to me!  This year, I was especially excited because there was a captioning bootcamp session.  Captioning has been a long-term goal for me ever since I started learning stenography way back in 2009.  It’s an attractive career because you don’t have to bring anything home with you after hours to work on; you produce captions live on-air for people who either need them or don’t need them (hard-or-hearing or just about anybody who wants to read what’s going on on the screen instead of listening).  However, to get to that point, you either have to have an innate talent for writing cleanly and quickly or you have to work up to it.  At this point in my steno career, I’m not at that stage yet where I can produce live captions but it was never something that was far in my mind.  Thus, you can see why I was quite intrigued and excited about this particular conference.

This year’s steno conference was aimed at nudging us (mostly) court reporters in the community that actually, yes, captioning can be a closer goal than previously thought!  (Captioning or realtime writing in fact!)

I carpooled with Cynthia in the early morning on the Saturday and we parked downtown at the City Hall underground lot.  It was a crisp autumn day. 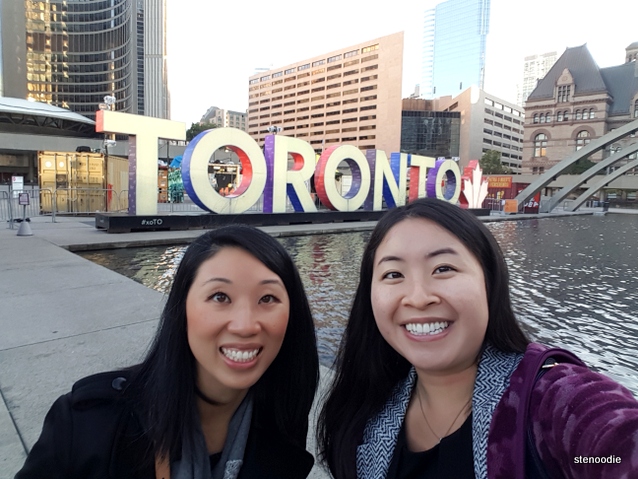 This year, the steno conference was held at Osgoode Hall (last year and previously, it was held at Ryerson University).  The room we were in for the day was the Museum Room which many of us has had prior reporting jobs before.  (I still remember one of my first jobs at LSUC was here too before they moved.)  We noticed that they had renovated and modernized the room — it looked nice!

There was a full breakfast set out for us which included pastries, fruits, coffee, tea, juice, etc.  I actually had a prior breakfast at home (because I like to eat rice nowadays), but Cynthia said that the Law Society cheese scones were really good so I tried that plus a blueberry scone and some fruits.  Indeed, the cheese scone was really tasty! 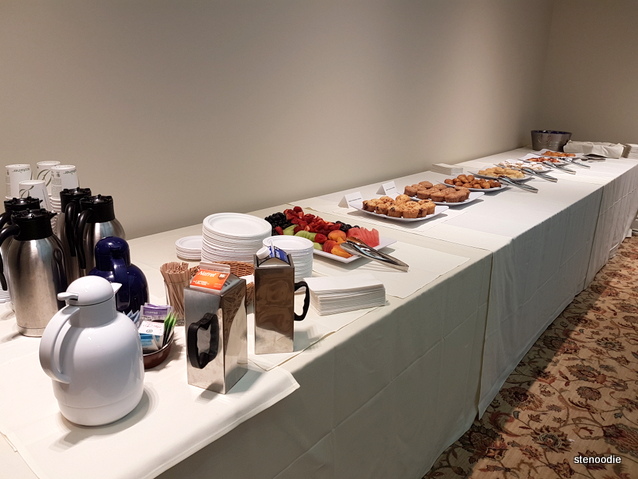 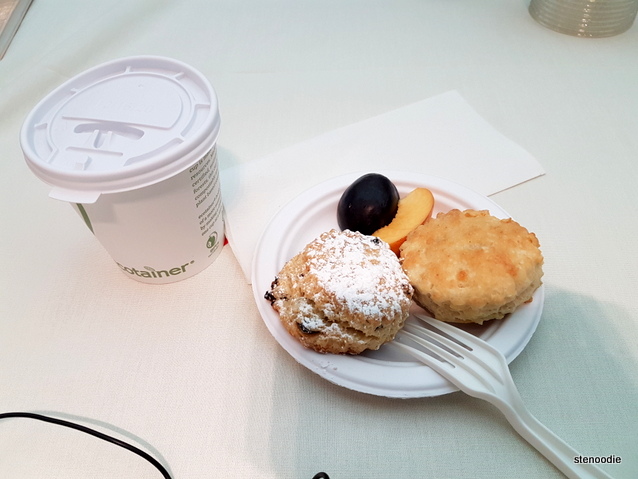 It was really nice (as always) to see familiar stenographers again as well as a few new faces.  It’s really rare that there is a room full of stenographers since we always work different schedules and in different locations.  It’s a small community, especially in Canada, Ontario, Toronto… 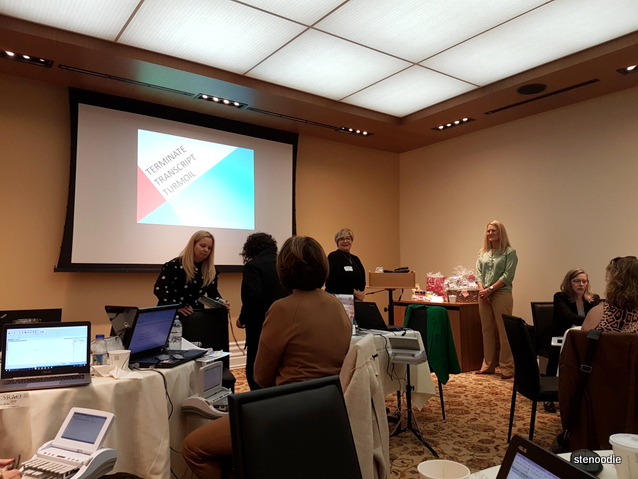 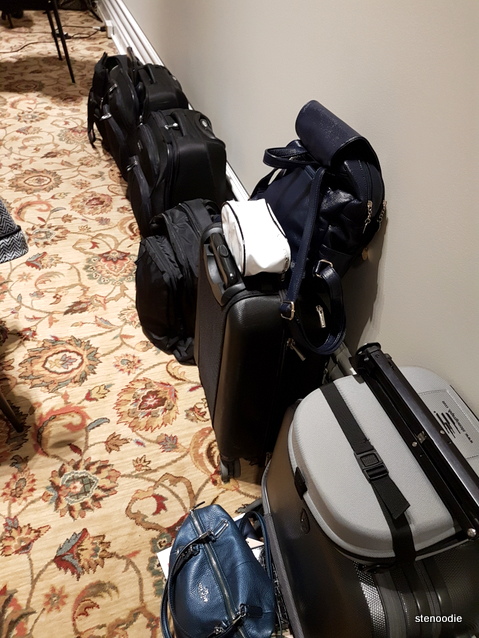 Hahaha, you know the room is full of court reporters when…

Our special guest this year was Anissa Nirenberger, a broadcast captioner and an instructor who started the Learn to Caption program.  She was our highlight and feature speaker for the day. 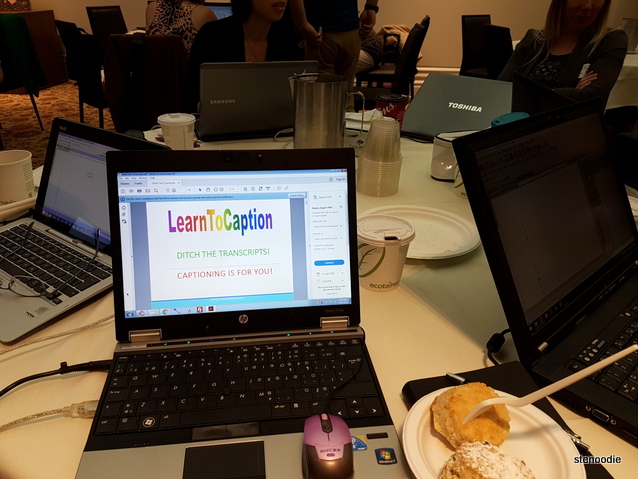 After everyone was set up  with their equipment (everyone had their laptops and stenographs out), the day began.

It was a very enriching and informative day to dispel realtime writing myths and tackle fears and doubts of realtime steno writing.  We were given a free version of the Dictionary Jumpstart Lite program to install and play with in which we could input words and build our dictionary based on what our intuition for writing out the word was.  This helped to “clean” up our dictionary by eliminating common untranslates and misstrokes.  It was a very useful program and I actually remember hearing about it at the previous NCRA Conventions that I had attended before in the states.

At the midpoint of the day, we enjoyed a hot buffet lunch.  I find myself eating less meat nowadays and more vegetables.  I really enjoyed the hot soup that was offered this year!  I had a vegetable whole grain wrap and an egg salad veggie sandwich followed up with a second helping of salad.  I didn’t even have any dessert (so rare for me!).  Lunch was scrumptious! 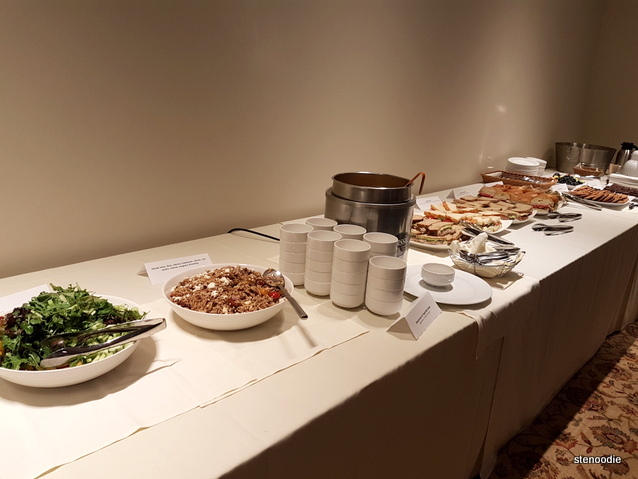 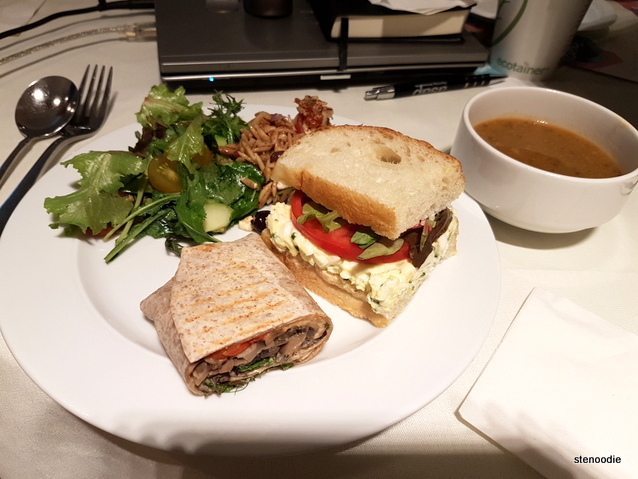 The soup was especially good. Everything else was delicious too

During lunch, we also heard the Annual General Meeting of the CSRAO take place.  The positions from the year prior stayed the same.  Angela spoke of important matters concerning our organization.  From what I heard, it seems like many of the issues are still lingering from last year and barely have been resolved.  I desperately think we need more stenographers in the field in order to help us battle what’s ahead.  I really hope the new school in Montreal can step up and produce lots of reporters and help encourage other schools to start up too…

After lunch, we continued the captioning bootcamp.

For dinner at night, we assembled at Hong Shing in Chinatown for a dinner.  It was nice to dine casually with fellow reporters and steno community members.  After dinner, we were able to take a little peek at this year’s Nuit Blanche events too! 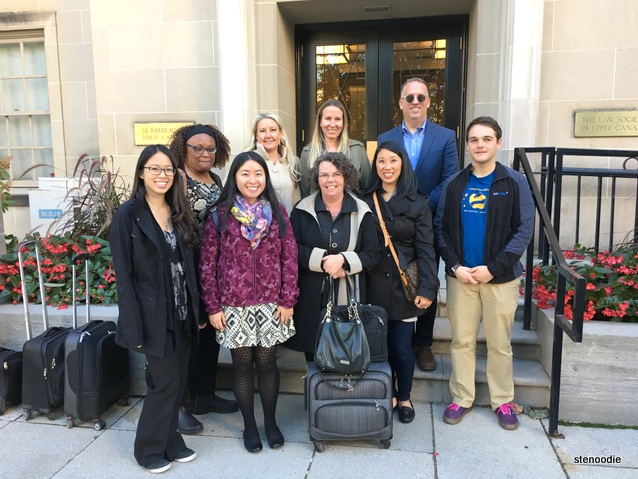 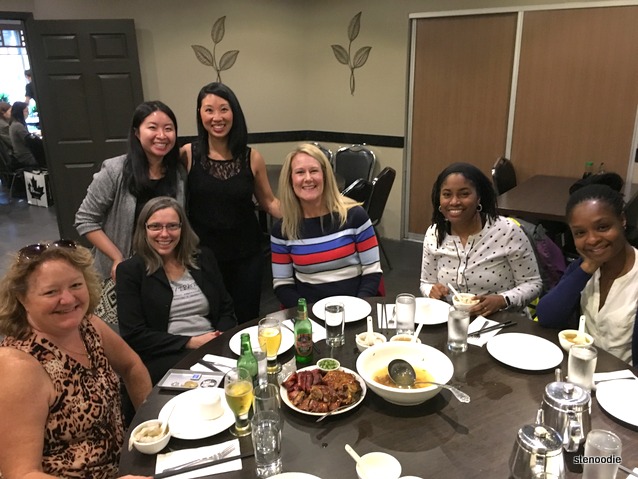 Photo of our table at dinner 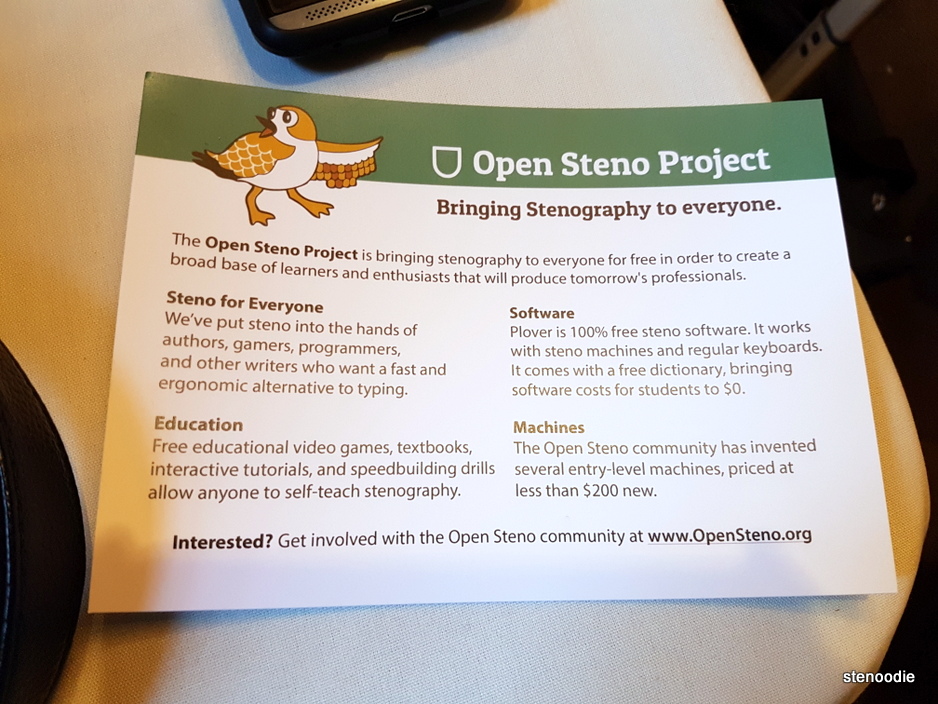 I’m curious about next year’s convention.  Good luck to all steno students and prospective students.  We really need more stenographers in the field.  If you are interested in pursuing a steno career (believe we, there will be tons of work for you in the upcoming years), feel free to research on Google on online schools or contact me.  I’d be happy to point you to some recommendations to get you started on your steno journey.

I'm a stenographer, foodie, avid traveller, and new mom who loves to share her experiences with the world.
View all posts by stenoodie →
This entry was posted in Steno and tagged Canadian steno reporters at the CSRAO Convention 2017, Captioning Bootcamp, CSRAO Annual Conference 2017, CSRAO conference 2017. Bookmark the permalink.