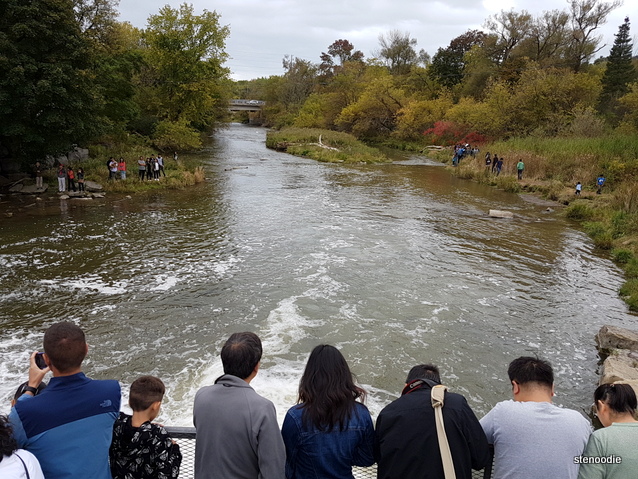 October 8, 2017:  Three years ago, I visited Port Hope in Ontario to watch the annual fall salmon run.  It was my first time watching these majestic creatures defy gravity and jump through rushing water and channels in order to give their future spawn the opportunity to grow up in calm, safer waters.  That fateful day was immortalized in a blog post which you can view here.

It just so happened that after my visit to the Ganaraska Fish Ladder that I was contacted by somebody who worked for the Friends of the Greenbelt Foundation who was designing the new trailhead signs for a bicycle route and wanted some photos of the area to go with it.  She wanted to ask for my permission to use one of my photos for their trailhead sign.  I said yes and since then, I had it in the back of my mind to visit Port Hope once more in order to see this sign for myself. 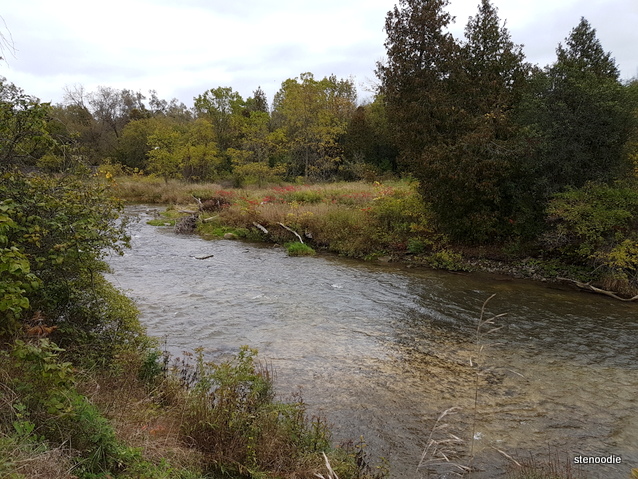 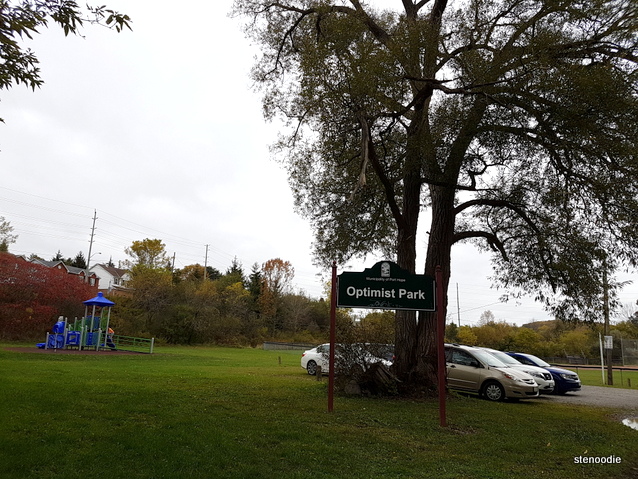 As we were walking up the river, we passed by Optimist Park 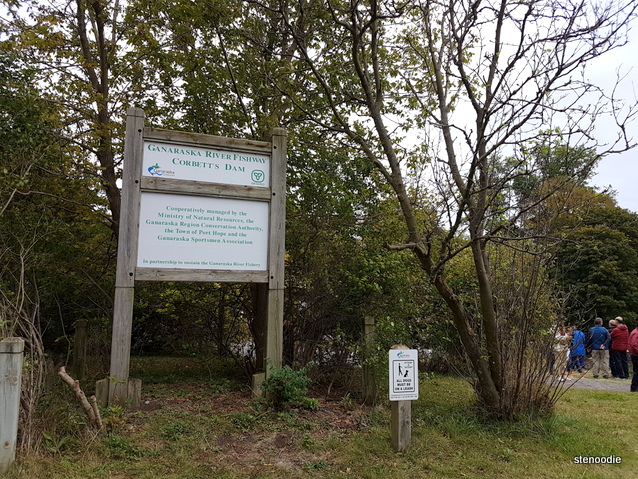 That Thanksgiving weekend, Ken and I drove over to Oshawa and Port Hope in order to catch the salmon run once more (his first time) and to find the sign that my photo was on. 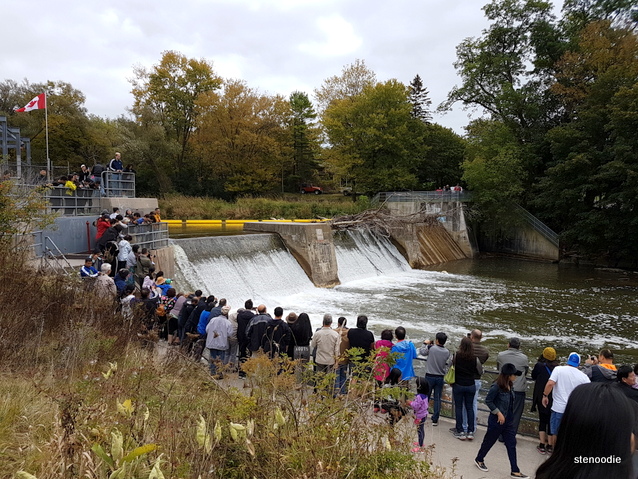 After we found the Fish Ladder (it was so much easier to find this time around; Google Maps has it plotted out clearly so all you have to do it type in “port hope fish ladder” or “2 McKibbon St, Port Hope” and it shows you exactly where it is).  There were parking spots near the fish ladder that you can park your vehicle at (free) or you can park further down the river like we did and walk up to the fish ladder.  Nobody stays there for too long of a period (unless you have packed food for a picnic or something), so the turnover for a parking spot is rather fast I would say.

It’s tourist season here in September to October to see the salmon run! 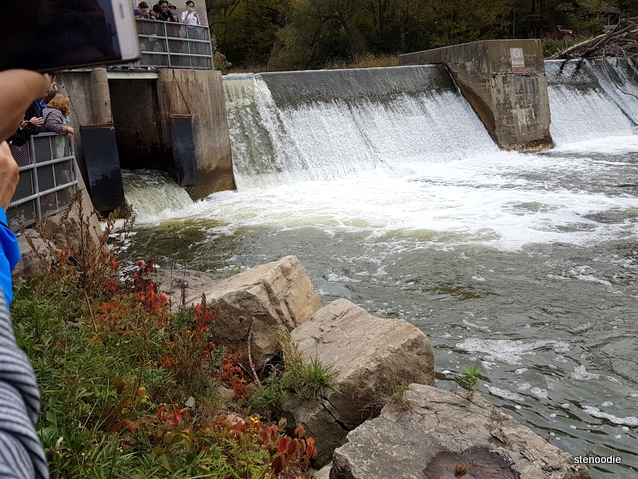 This year, we saw the salmon run in early/mid-October, which I think wasn’t the most ideal time to view the salmon.  When I went in mid-September three years ago, there were a LOT of salmon!  However, the sights and sounds were still there.  We observed salmon trying very hard and showing tons of determination in order to swim upstream to reach the smaller streams. 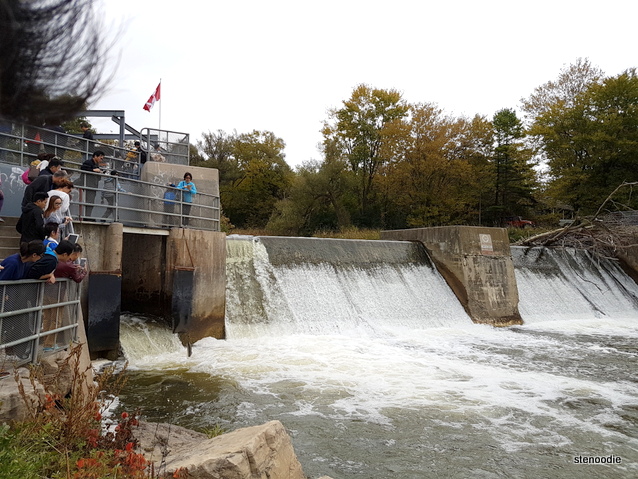 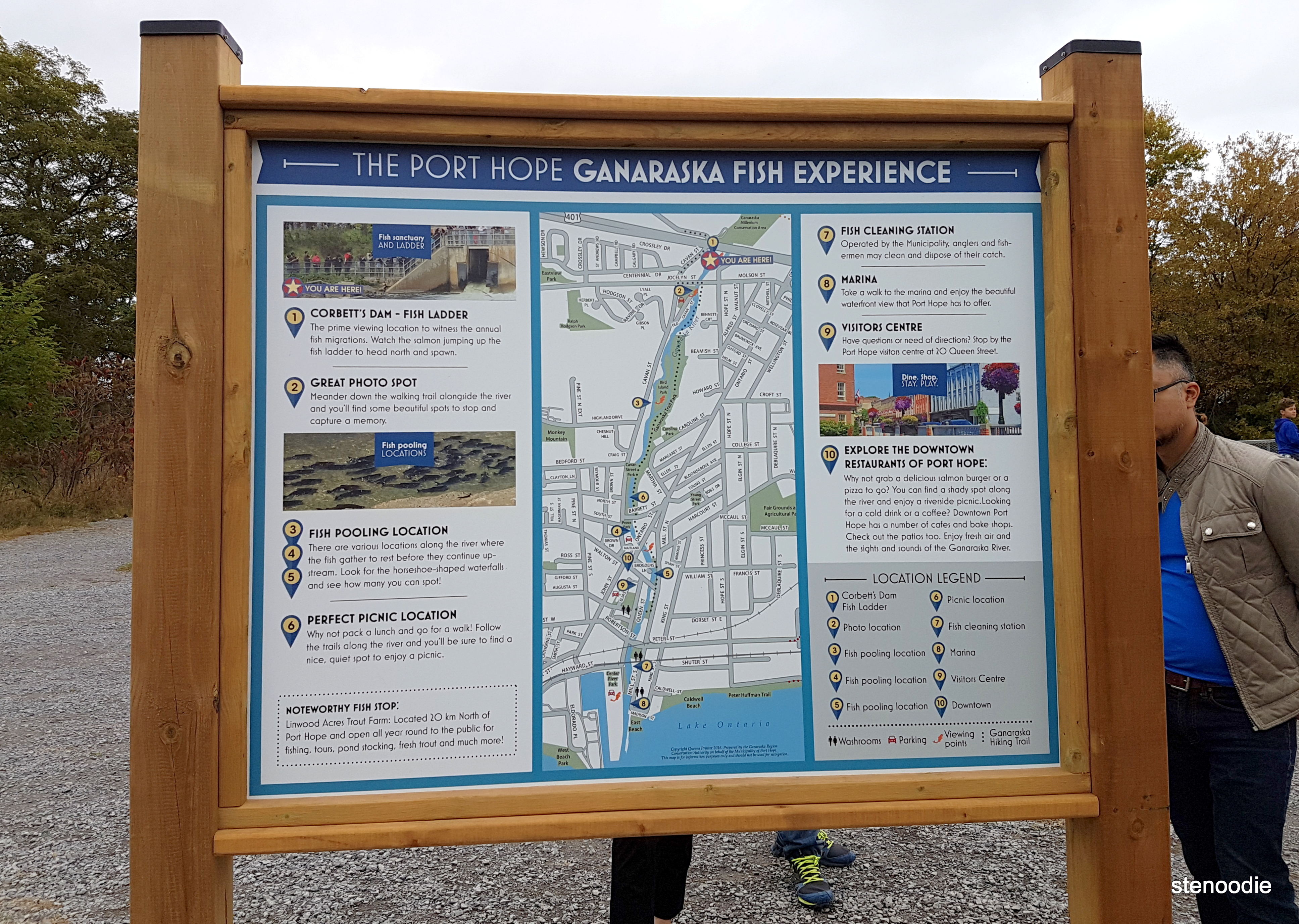 These signs are all new! 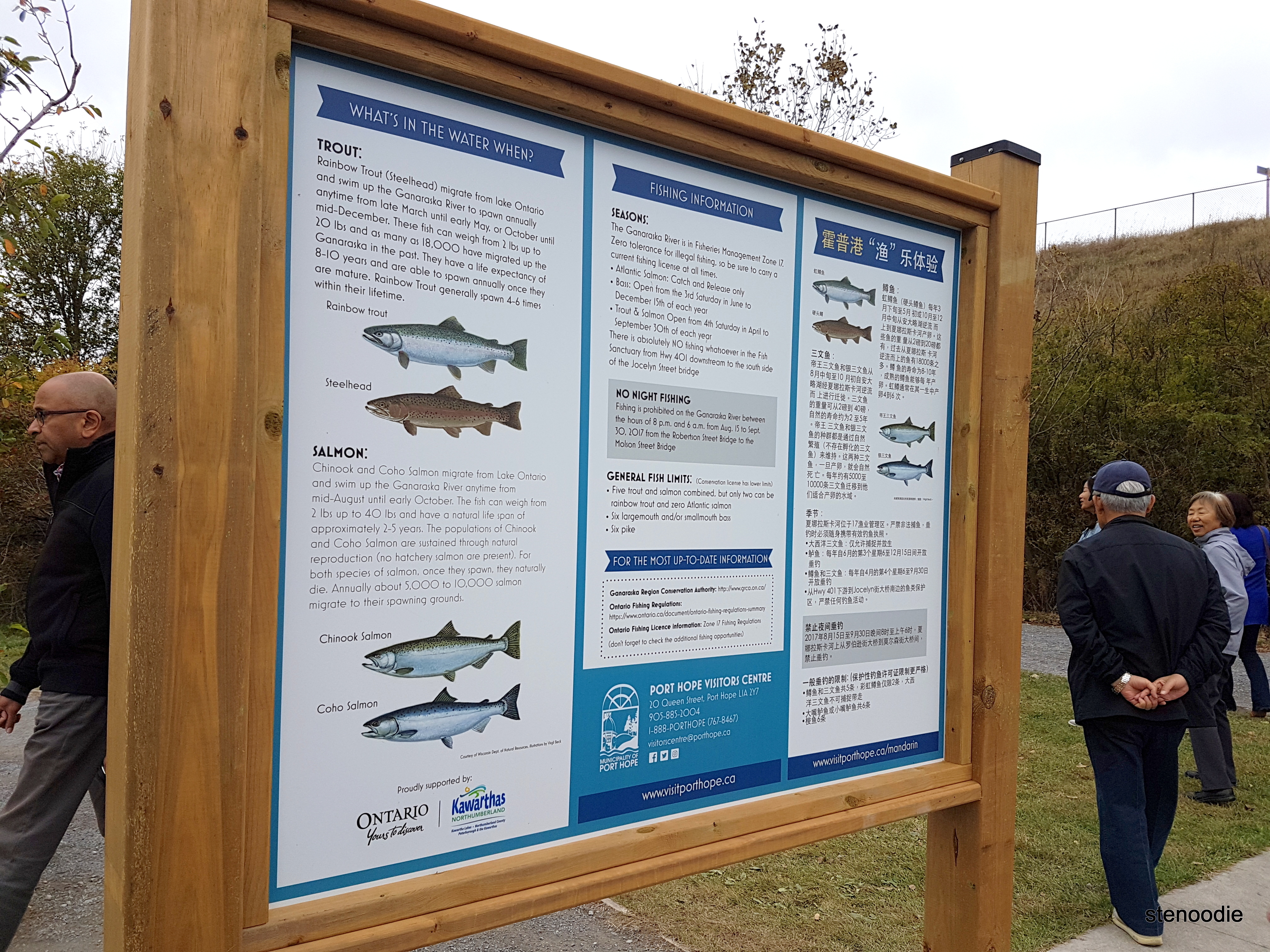 The information was presented in Chinese too

After we observed the salmon run for a short bit, we walked along the river and around the area. 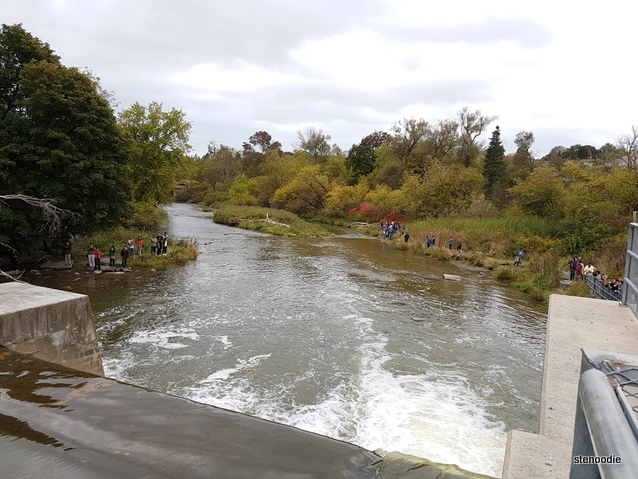 This view was new; they didn’t have this overarching part three years ago 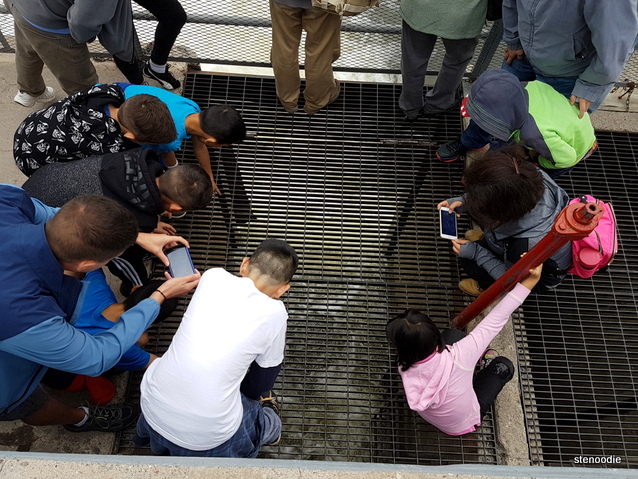 Everyone watching the chute as more salmon swam in 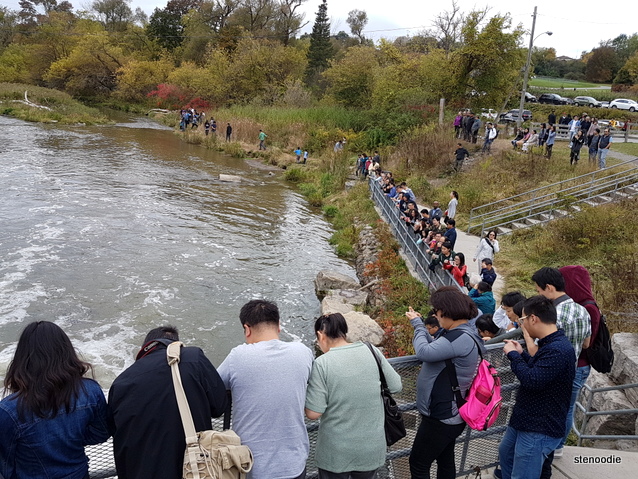 We stopped for lunch first (blogged about here) and then continued strolling along the river.  Near the mouth of the river, we actually saw a lot of unsuccessful salmon who had sadly passed away in the river.  It was really a case of “survival of the fittest” where only the strong survived the currents and made it further up the stream. 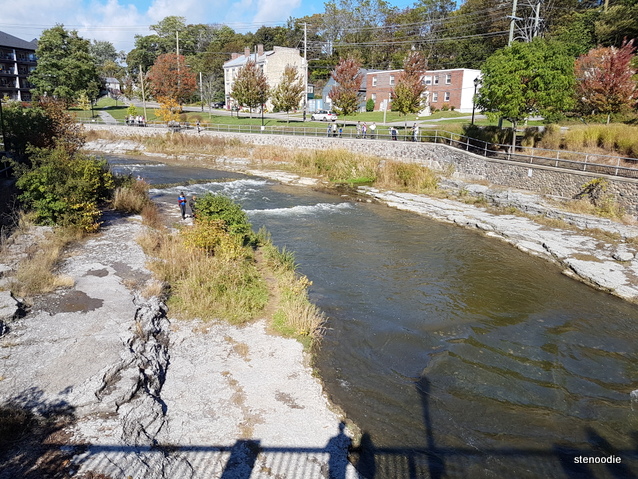 Walking down stream alongside the river

Finally, we passed through Mill Street and Robertson Street (Peter Street).  This was the intersection that the representative had told me where my picture on the sign would be.  It wasn’t a very obvious location since this was further away from the fish ladder but we found it!  Yay! 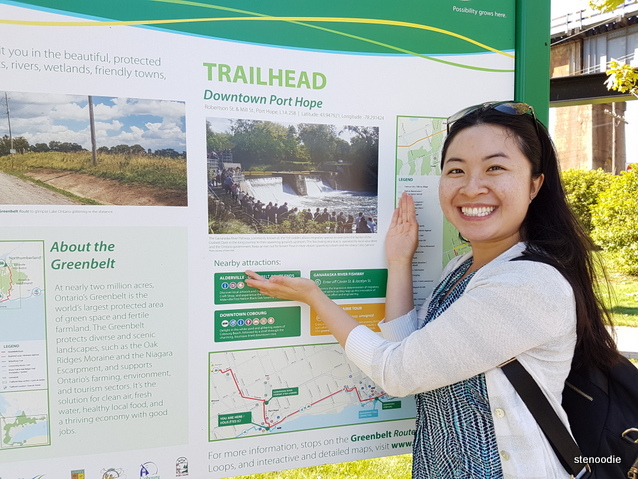 Of course, I had to take a picture next to it.  This was the first time (as far as I know) that my photo is published publicly and used for something like this.  It was really neat!  The representative also told me that these signs would be up in the Greenbelt area for at least ten years.  That is really cool!

I’m really happy and glad that we got to return to Port Hope to see the salmon run and view my trailhead sign in person.  Yay! 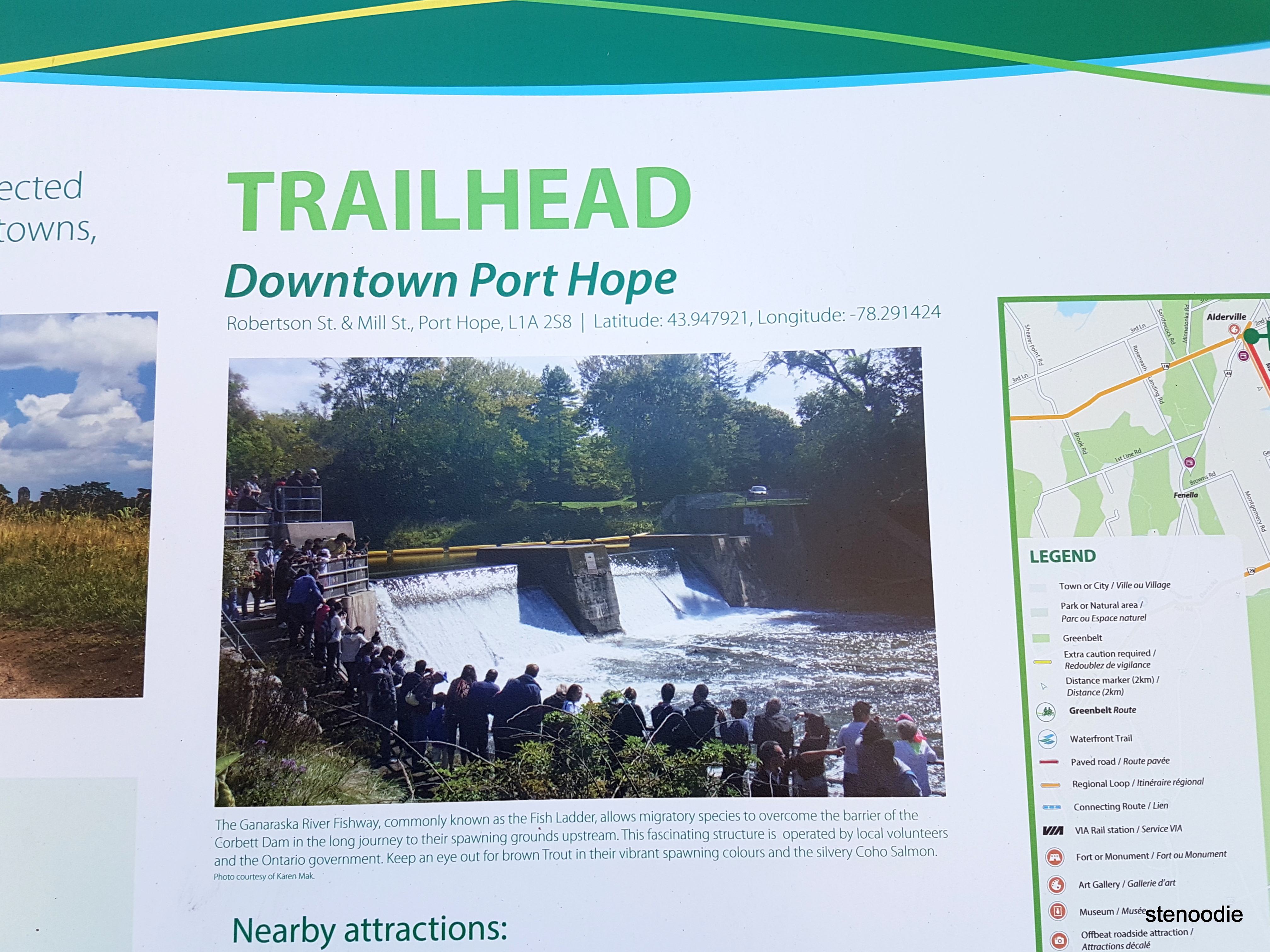 It has a photo credit to me too! 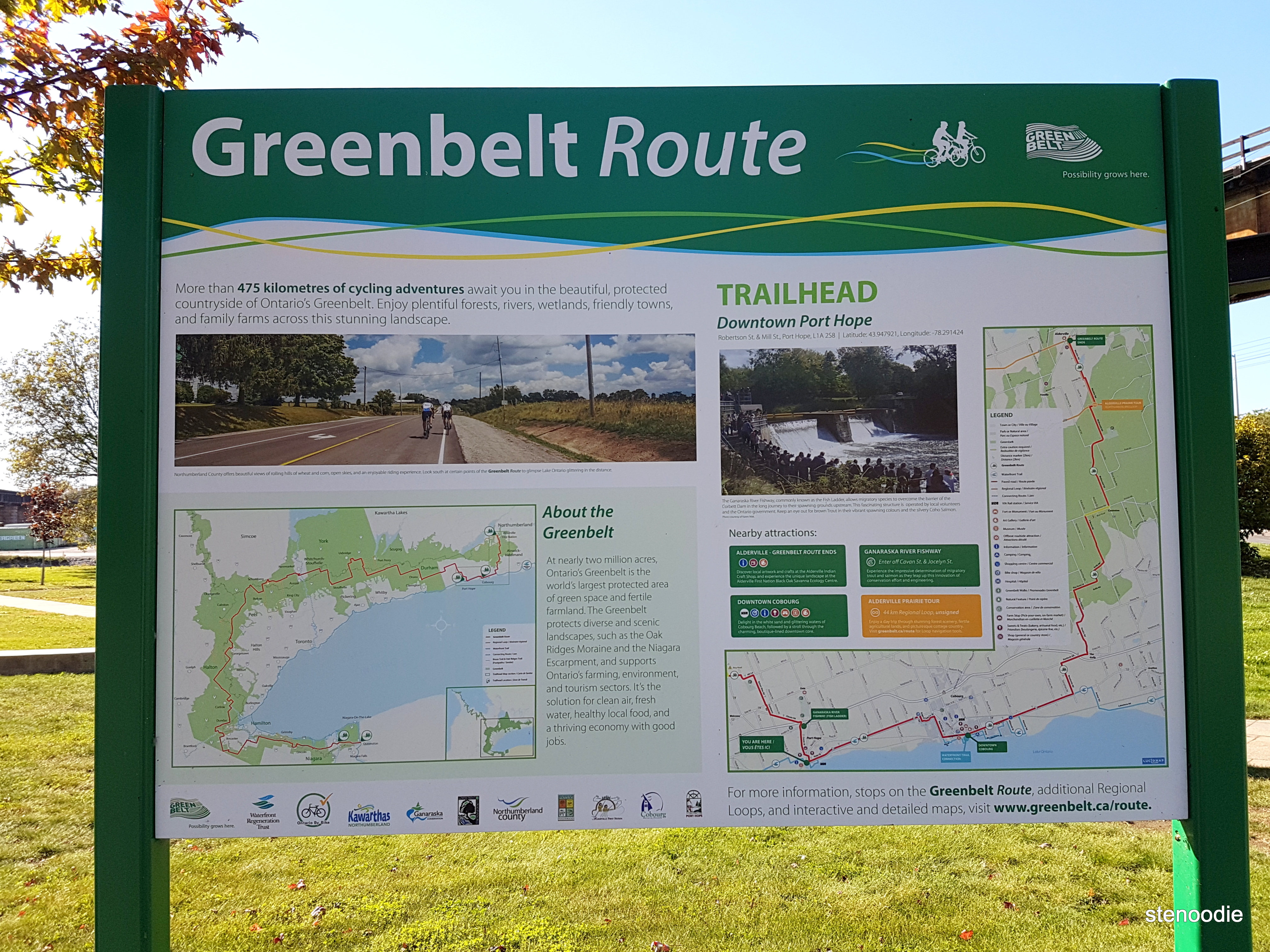 If you plan on watching the salmon run in the autumn, I suggest going between mid-September and early October! 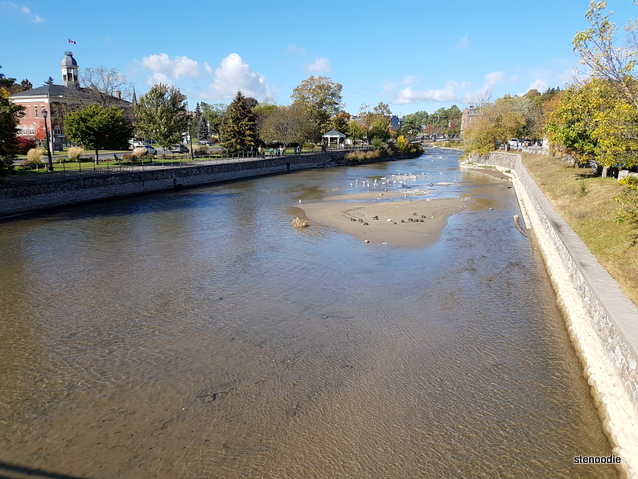 Perished salmon in the river 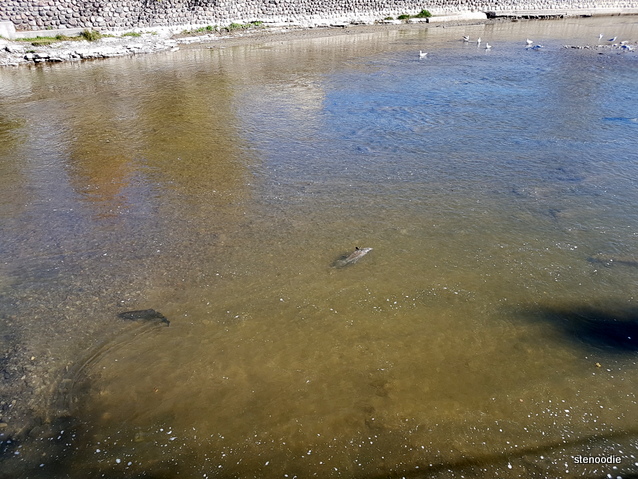 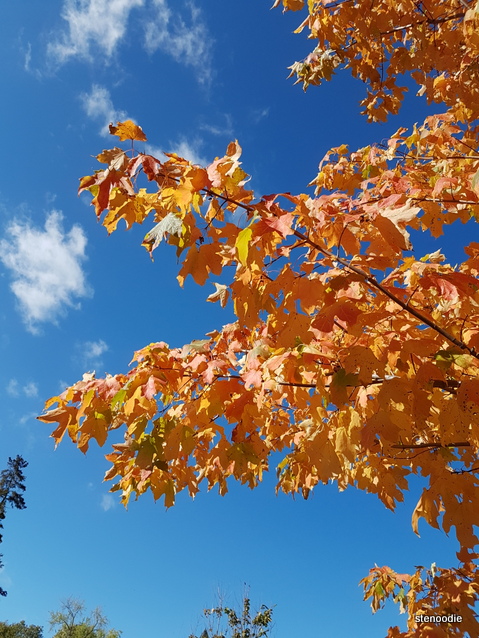 The best fall day to be outside!

6 Responses to Revisiting the Fish Ladder in Port Hope, Ontario