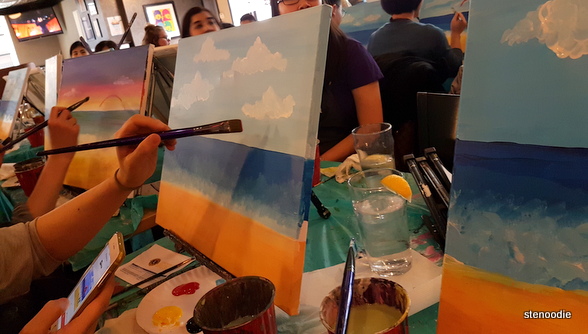 The Goose: A Firkin Pub located at 1875 Leslie Street in Toronto

March 24, 2019:  It’s been a while since my last Paint Nite.  I’ve done this Paint Nite event once before and another time with Paint Lounge and enjoyed them both immensely (the idea is exactly the same at either paint events where a feature painting is chosen and an instructor guides everyone to paint their own interpretation of the feature painting).  This time, the Paint Nite event was held at The Goose Firkin Pub at Leslie and York Mills and hosted by the Toronto Trillium Lions Club.

The Toronto Trillium Lions Club is part of the international Lions Club for individuals to come together and fundraise and serve the community and local charities through fun events, volunteerism, and networking. 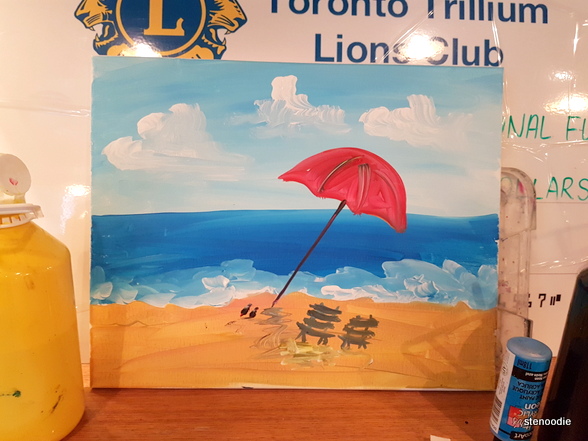 This is the sample painting that we were all copying from 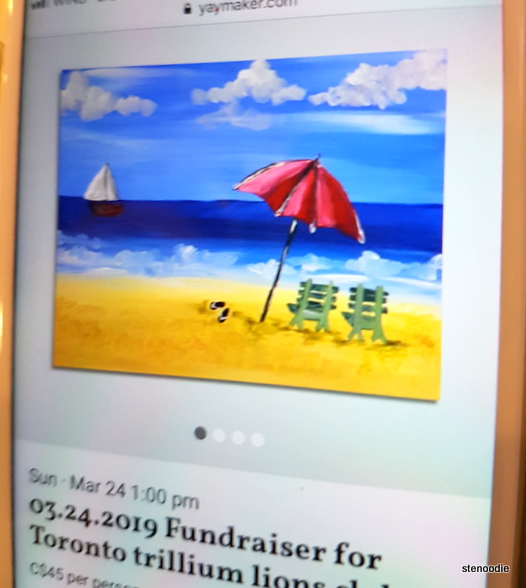 This was actually the inspiration

The event began at 1 p.m.  Like other paint events, the painting areas were set up with easels for each person to paint their masterpieces on.  There was an instructor and a specific painting that we were all going to paint from that afternoon. 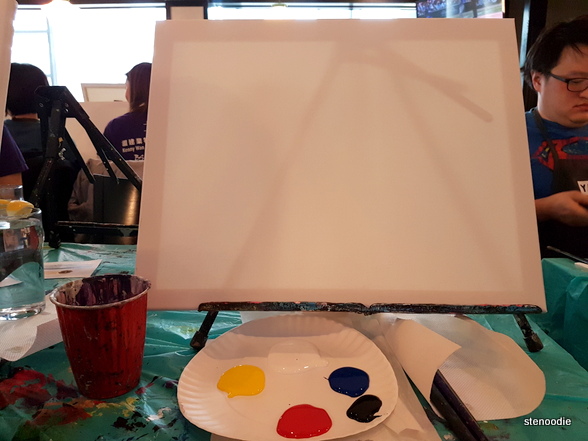 For this session though, the instructor was tardy in arriving and thus our painting session started half an hour later.  We were given a blank canvas, paints, paintbrushes, Yay Maker smocks to wear, and followed the instructor’s instructions as she led us during the three hours to do a copycat painting of the one she had done.

It was a beginner level painting and definitely not as challenging as the ones I’ve done in the past.  Our instructor’s guidance and instructions could have been more clear and concise.  During the session, because the instructor gave such vague instructions, it actually made the session more frustrating when during some parts it wasn’t clear how exactly to “paint” the clouds or “paint” the waves. 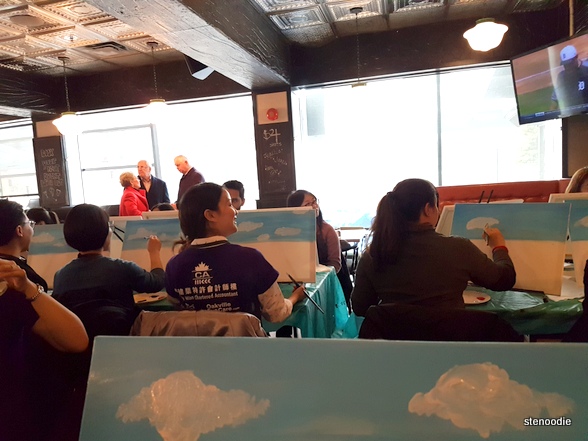 Blue skies with white clouds throughout 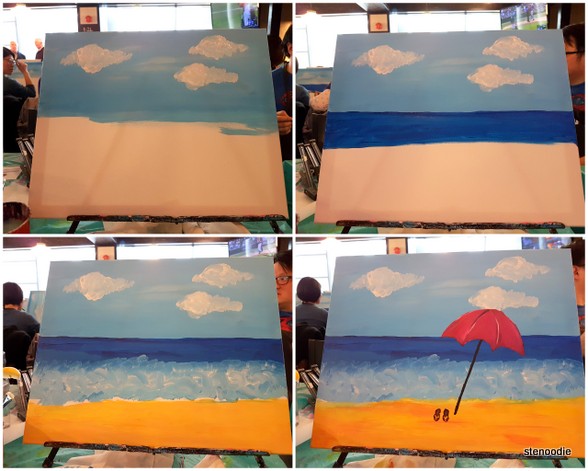 The progress of my beach painting 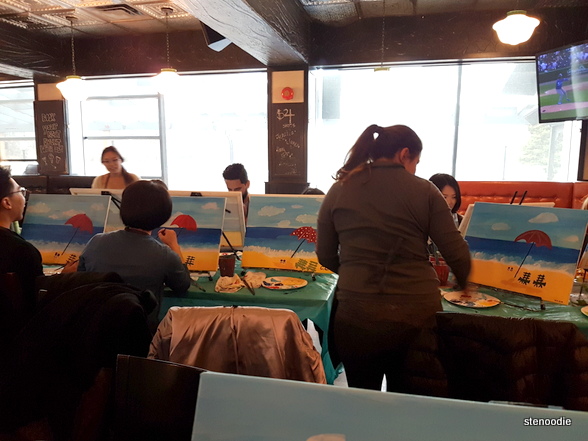 Everyone had a different interpretation of the painting 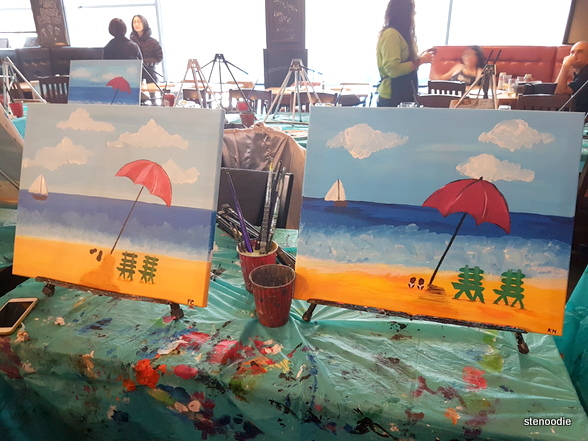 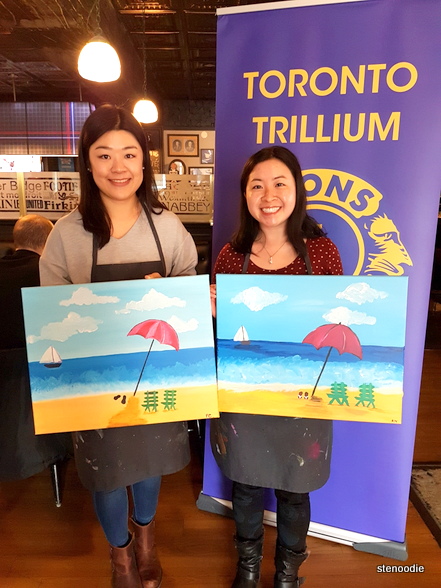 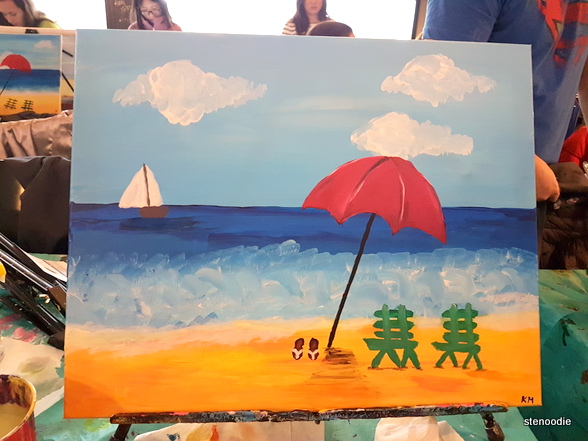 Despite the less-than-ideal instructions, one of the highlights of these Paint Nite events is that you can see how everyone’s painting always turns out differently even though we all had the same inspiration and painting to work from.  It’s also nice to be able to relax during the process, unleash your creativity, and create a piece of artwork to take home.

It was great to be able to participate in this event and support the Lions Club in another meaningful fundraiser. 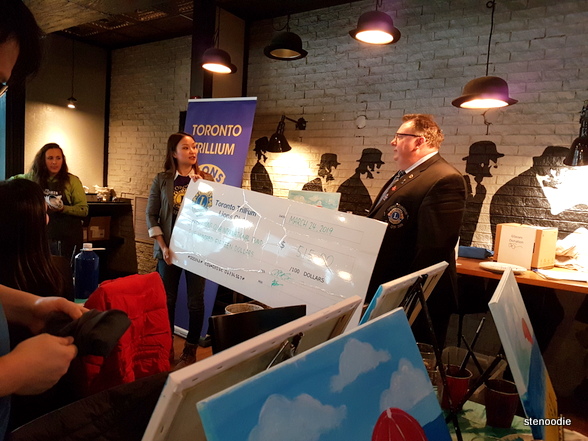 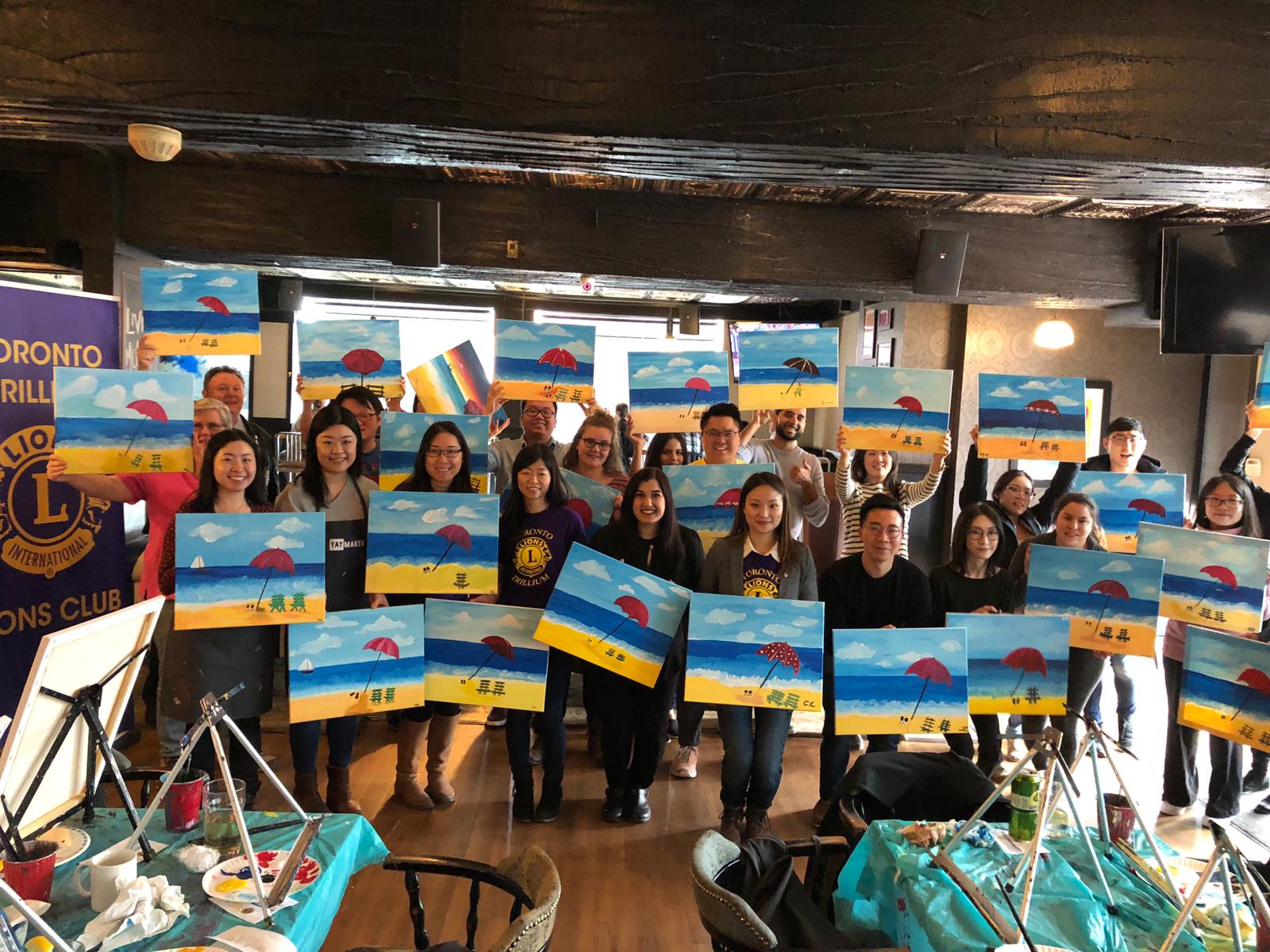 Beautiful artists and their artwork!

In addition to raising $515 that event for the Lions Club International Fund, the Lions Club was collecting used glasses to be re-purposed for those in less fortunate countries.

Thank you to the Lions Club for organizing this event!