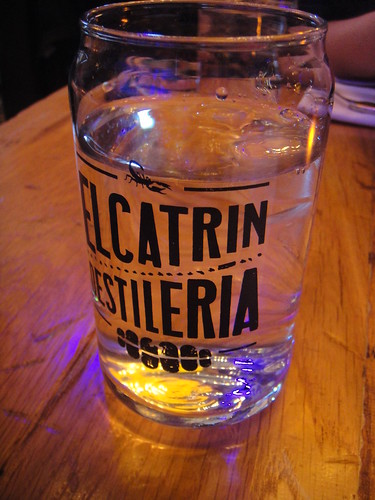 After some (and I’m putting major emphasis on the word) light activity on the Segways, my three amigos and I headed for some brunch in the Distillery District!  It was a beautiful spring day and we strolled along the cobbled bricks to see what was down the lane to find a brunch spot. 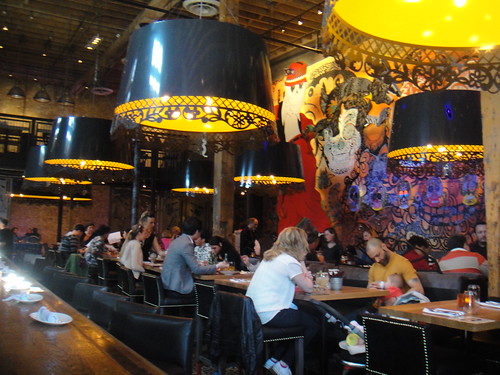 It was so nice inside!

The Boiler Room used to be a pretty spot for those who wanted to have weddings and other special events.  In any case, El Catrin Destileria has been on the “Talk of the Town” restaurant list lately and I’ve been wanting to try it, so it worked out perfectly that we ended up choosing this place for brunch! 😀

The inside of El Catrin Destileria is beautifully decorated; a little psychedelic with all the busy and bright colours on the wall.  There was a definite mood here in the restaurant and my friend Joyce instantly took to the restaurant since it is her kind of scene. :] 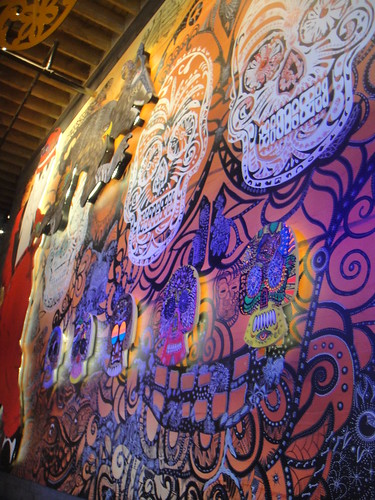 The wall behind us

After looking at the menu, we decided on sharing all of our choices!  What a fantastic idea that was since we were able to taste a variety of the dishes they offered! El Catrin Destileria offers a slew of Mexican dishes including tacos, churros, and other breakfast choices in Mexican style.  It was rather exciting to try!

After we placed our order with the server, we were asked if we wanted a side of guacamole… how could we say no?  Within moments, a gentleman came to our table and started mashing up the fresh ingredients in front of us… cilantro, avocado, tomato, etc.  It was very fresh!  We chose the spicy version and it was incredibly delicious!  The smooth avocado mixed with the onions and everything else made it a very satisfying guacamole.  We couldn’t get enough!  The chips were fairly good and really hot!  The sauces that came on the side were all right. 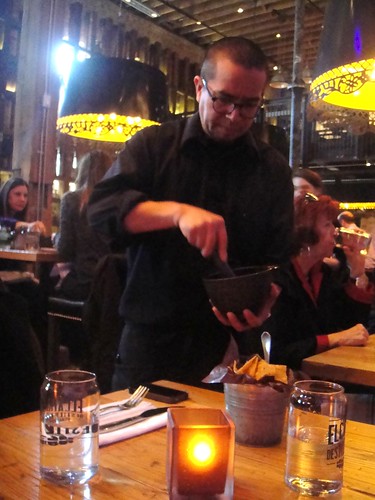 Mashing up the guacamole right in front of us 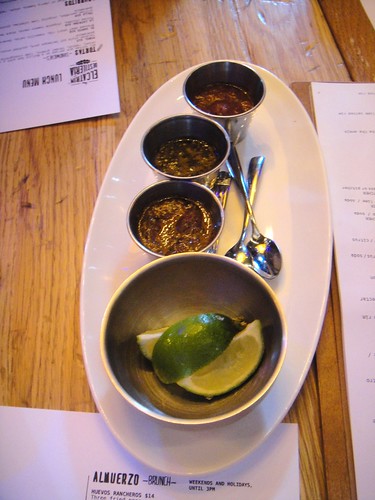 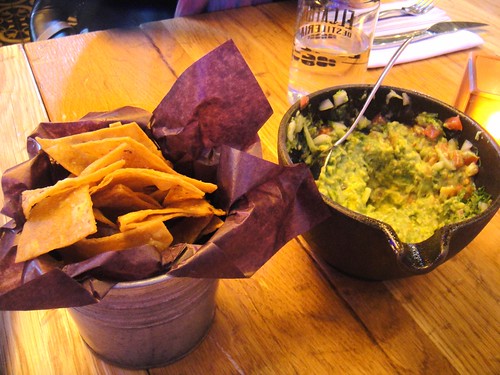 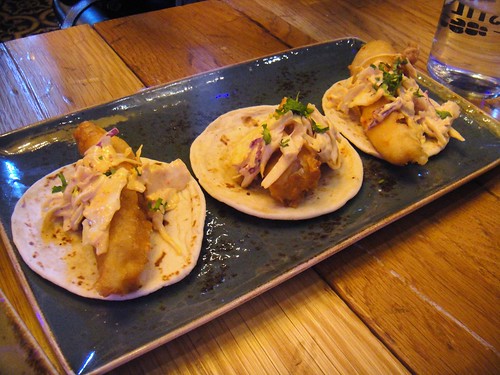 I really liked the Baja (fish tacos)!  Our server commented that it’s one of the favs in the restaurant and I can definitely understand why.  I really liked the crispy fried haddock that paired with the yummy chipotle lime coleslaw.  The flour tortilla was really good too (soft)! 😀 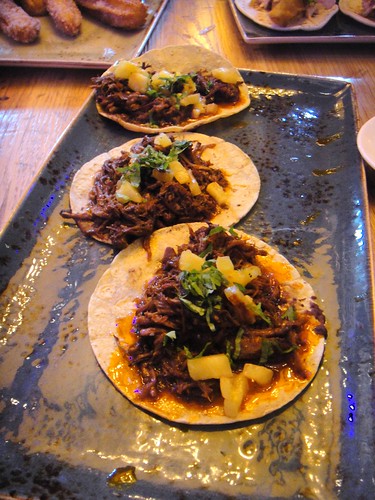 The Barbacoa (lamb taco) wasn’t as delicious as the Baja.  The portion of the roasted lamb was very generous!  It was so heavy and sauce-filled that when we all picked up the taco with our hands to eat it, it fell apart.  We resorted to using fork and knife (fancy schmacy!).  I found the barbecued pineapple that was on it to be refreshing though!  This one was made with a corn tortilla which was probably why it couldn’t hold up the massive pile of lamb. 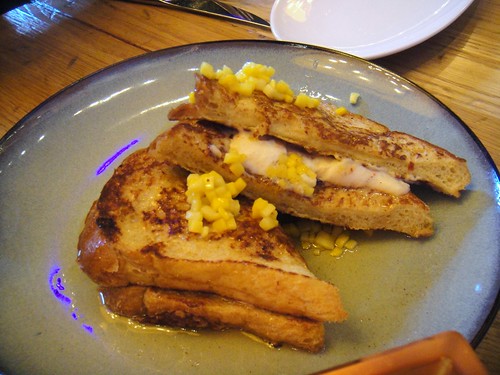 The Torreja Rellana was a French toast but done Mexican style!  This was an interesting dish to try.  The French toast itself was quite good.  The unique part was that it was made with whipped ancho chili mascarpone and mango.  I wasn’t a huge fan of it all together, but I did appreciate the uniqueness of it. 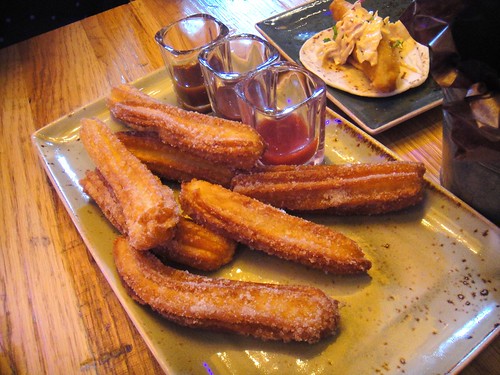 Lastly, we finished off with the churros.  It’s interesting how this was put on the regular brunch menu and not as a dessert since this sweet cinnamon sugar donut is usually served as a dessert.  The crunchy churros were heavily sprinkled with sugar and came with three sauces:  chocolate, cajeta (Mexican thickened syrup), and strawberry.  The churros were pretty good, but I’ve had better churros at Frida (mmm… yum!!).

Overall, I really enjoyed my visit to El Catrin Destileria.  The restaurant was nicely decorated, the food arrived within reasonable waiting time, and the dishes were good! 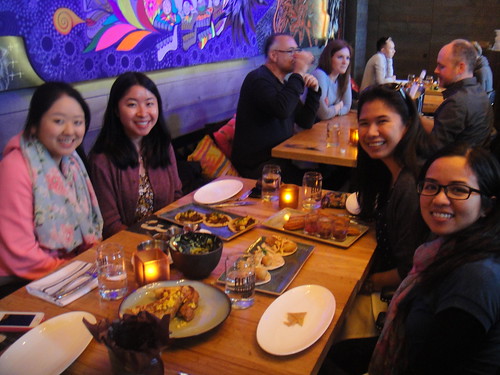 My fellow foodies and I 🙂

11 Responses to A Mexican Brunch at El Catrin Destileria