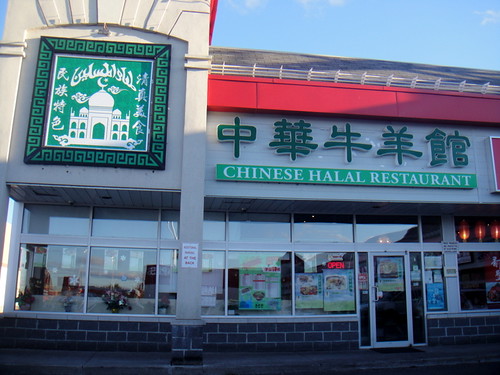 You learn something new every day and I’m so thankful that I got to learn something new when I was dining out with Shelley a couple of weeks ago.  We met up to have an early dinner at Chinese Halal Restaurant.  Up to this point, I didn’t know exactly what “halal” meant.  Shelley gave me a quick lesson on what it meant.  Yay!  Thanks, Shelley!  The restaurant was rather quiet when we arrived since it was early at around 4 in the afternoon on a Monday.  To our surprise, the restaurant had free wifi!  It was like how I was at Beef Noodle Restaurant and shocked that they had wifi available to their customers despite looking very “Asian” — I don’t say this because I’m racist but most Asian restaurants do not offer wifi, but anyway, that’s not the point.  We were both happy to pursue the free and high-speed wifi. 🙂 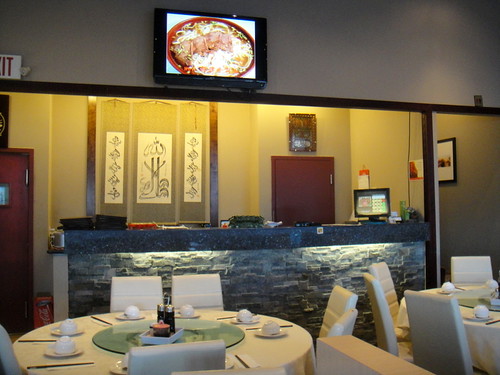 Thank you for offering free wifi! 😀

We chose a couple of things to share.  I was pretty pleased with the food! 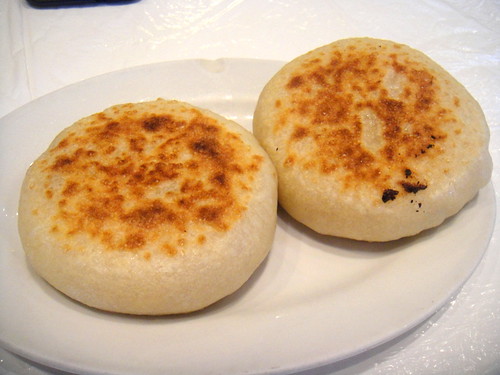 The first one was a fried lamb pancake.  I’m very fond of Chinese pancakes with lamb or beef.  I still have fond memories of the one that I had at Shaanxi Restaurant that was delicious.  This one was less of a sandwich/pancake and more of a pan-fried dumpling with lamb in it.  It was still good!  Yum!

Shelley and I did a YOLO move and ordered the Braised Ox Tail dish.  We later realized that it was rather expensive; hence the YOLO move.  It was $15 and didn’t contain too much oxtail in it.  However, the oxtail that was in the dish was so delicious!!  The meat practically fell off the bones and was well seasoned.  I really enjoyed it. 🙂 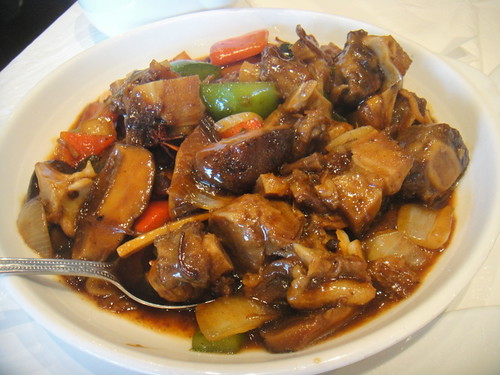 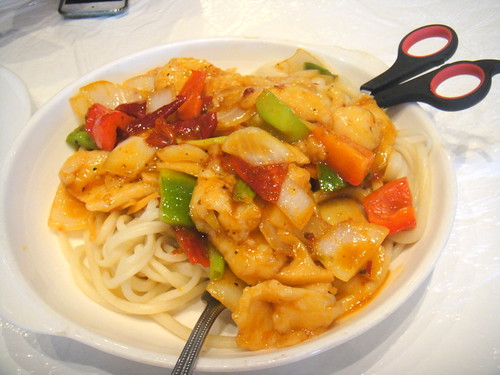 Lastly, we knew that we wanted to have a noodle so we ordered the “chili oil fish pulled noodles”.  You got to hand it to the Chinese for always having “distinguished” translated dishes.  This one was essentially pulled noodles (they’re like Chinese ramen) with fish fillets and covered in chili oil.  Shelley is not a big fan of spicy food and we shouldn’t have mixed around the chili oil into the noodles since it turned out to be rather spicy.  I really liked the soft fish fillet and how the noodles were chewy.  It was pretty spicy for me too!

Overall, I really enjoyed our visit to Chinese Halal Restaurant.  I would return again to try more of their Sichuan food. 🙂