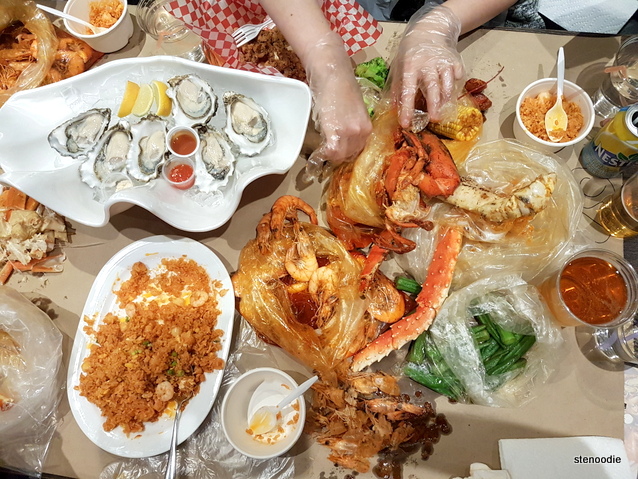 The 10th location of The Captain’s Boil located at 16640 Yonge Street, Unit 3 in Newmarket

The Captain’s Boil has docked in Newmarket!  Toronto’s most popular and fastest growing seafood boil restaurant opened its newest location (their tenth location in the Greater Toronto Area) at 16640 Yonge Street, Unit 3!  (Their grand opening is next Friday, January 20, 2017.)

Last night, I had the pleasure to attend its private and intimate Media Night with some fellow food bloggers and community members.  The Captain’s Boil remains my most favourite seafood boil restaurant as all of their seafood are consistently fresh and served with the best tasting seafood sauce!  Their Captain’s Boil sauce is to die for!  They also have Lemon Pepper, Cajun, and Garlic sauces. 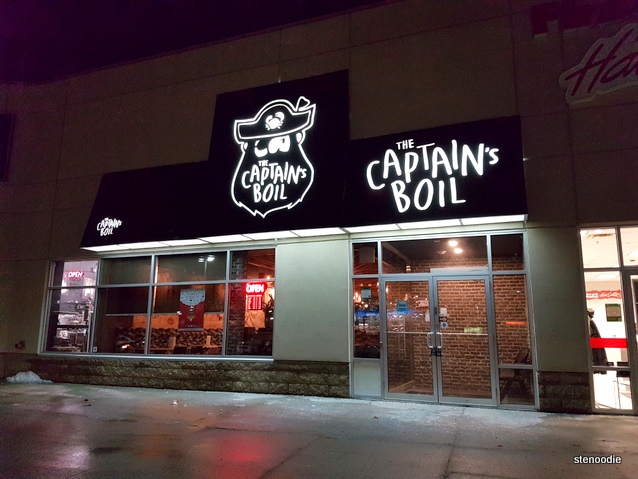 The newest location as seen from the outside

Patrick of @feedmyphone was our lovely host for the evening and we were free to choose anything we liked off of the menu.  The Captain’s Boil has newly designed their menu to include Fried Calamari as well as dessert (ice cream)!  We were introduced to Lucas, the franchisee owner of the Newmarket location, who gave us a brief introduction of Captain’s Boil even though the majority of us had been to previous locations before. 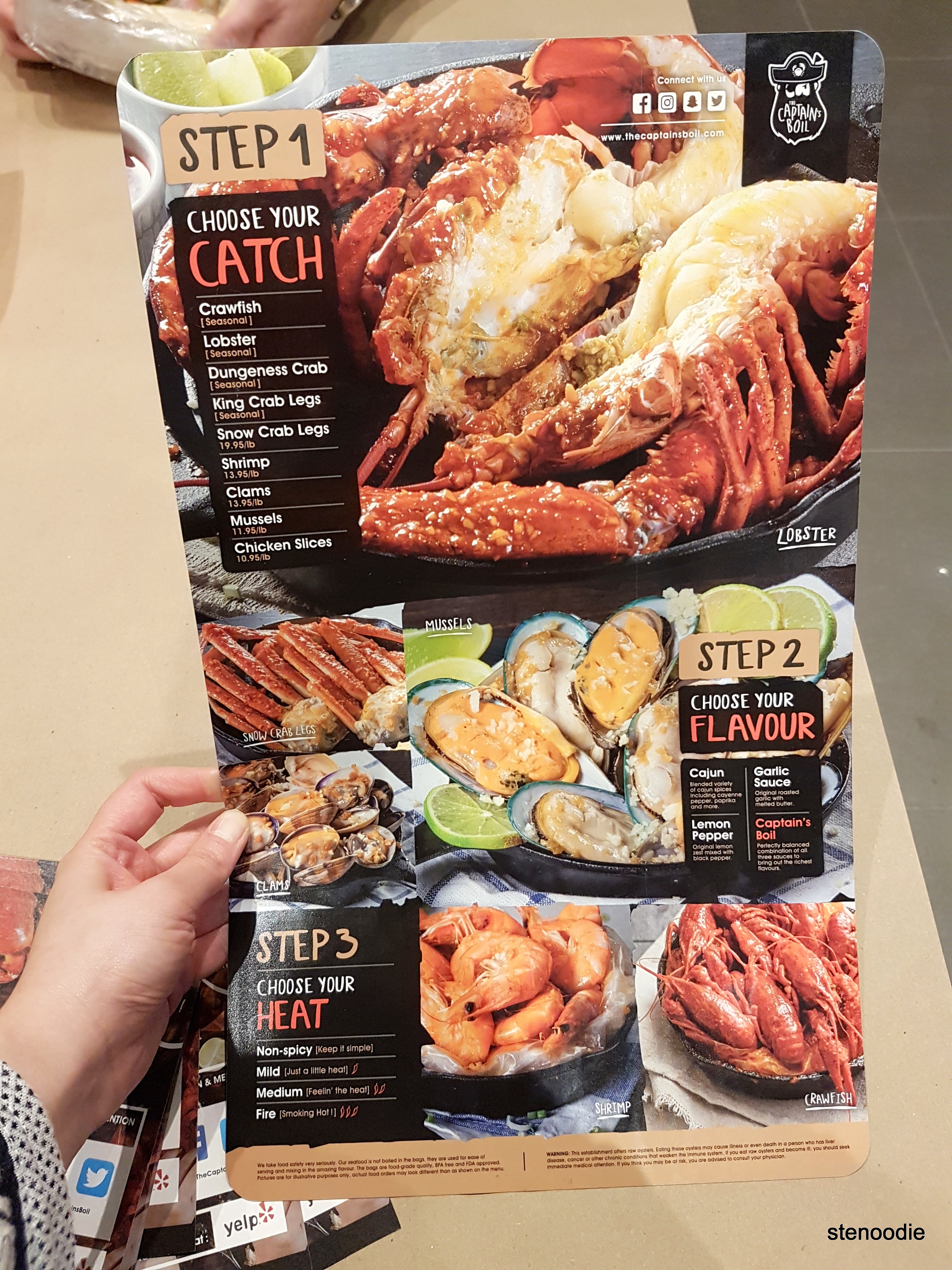 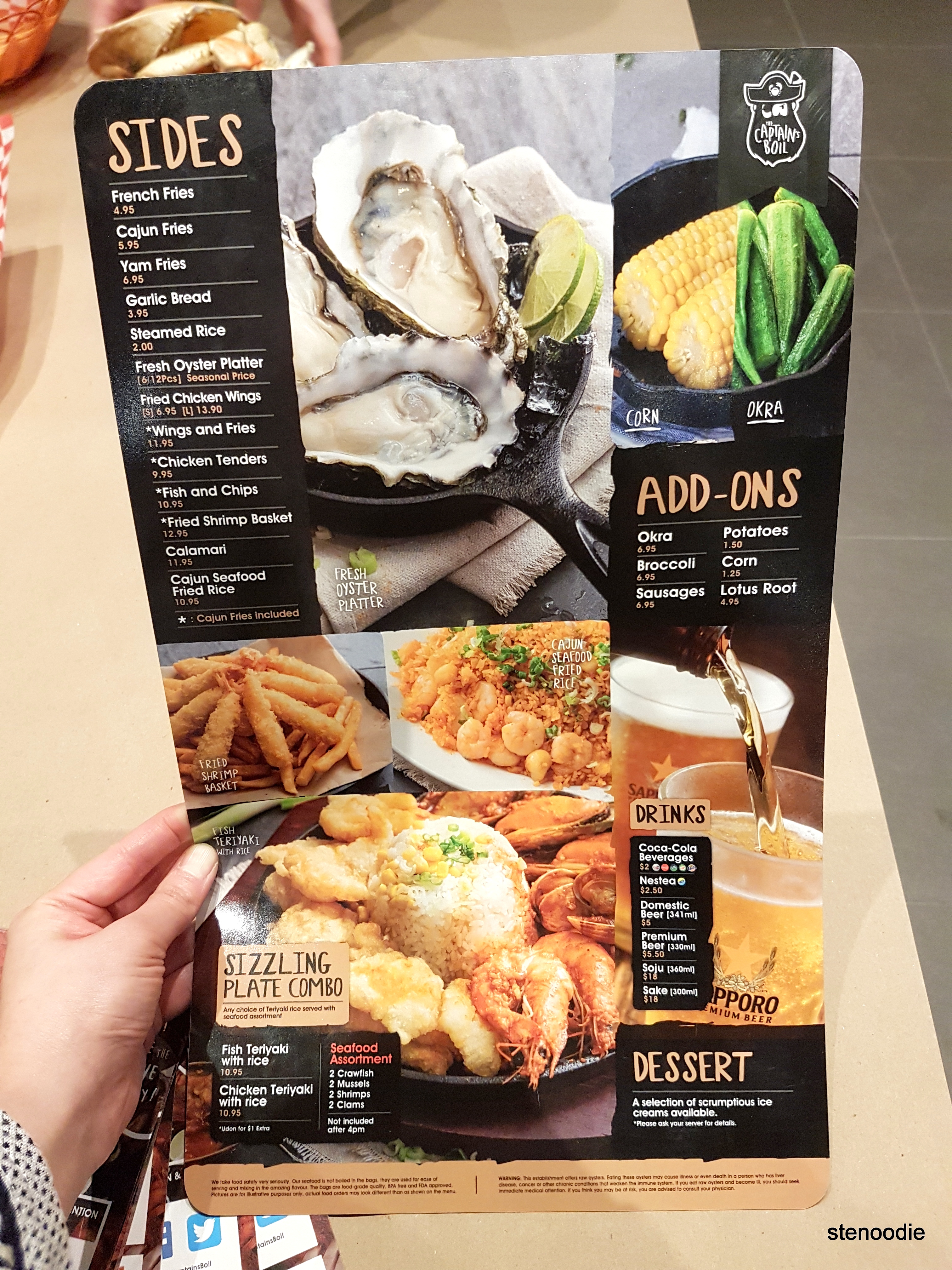 Sides and Sizzling Plate Combo are so worth it! 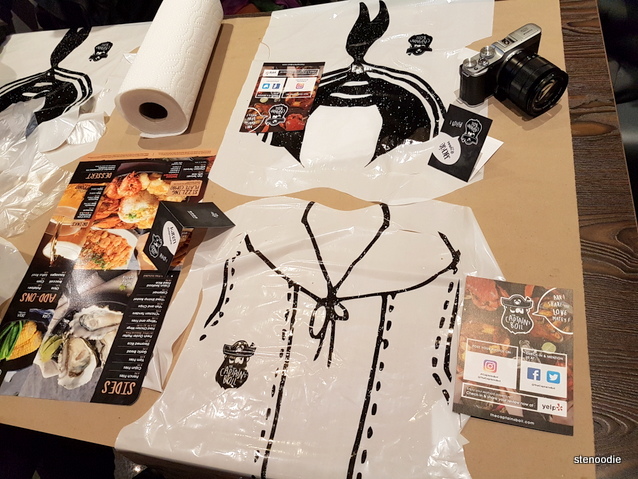 The bibs are ready! 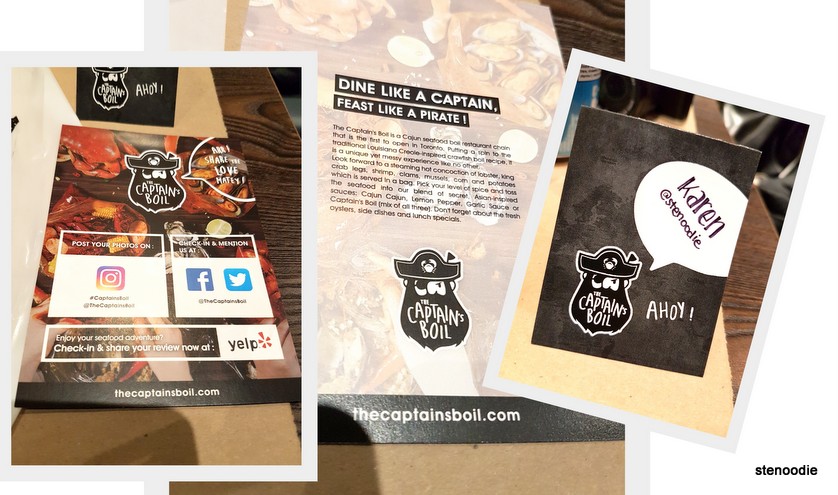 Information about the restaurant as well as a customized name tag!

We were given a space to exercise our creative minds and to showcase the seafood on a table and to take as many photos as we desired before chowing down on our selected items. 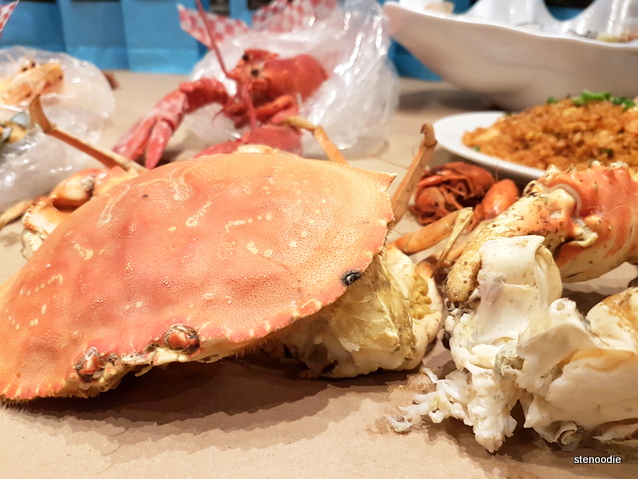 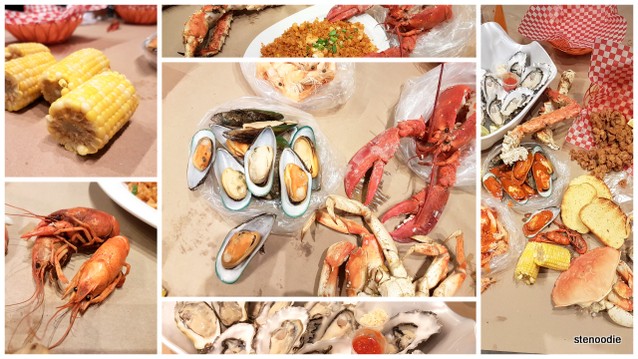 The seafood were arranged in various ways for the photos 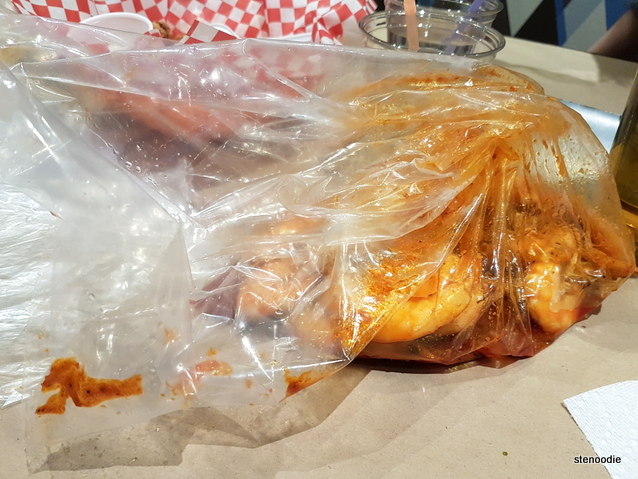 This is how all of the seafood arrives to your table; in bags! Roll down the bags from the outside in to keep your hands less messy 🙂 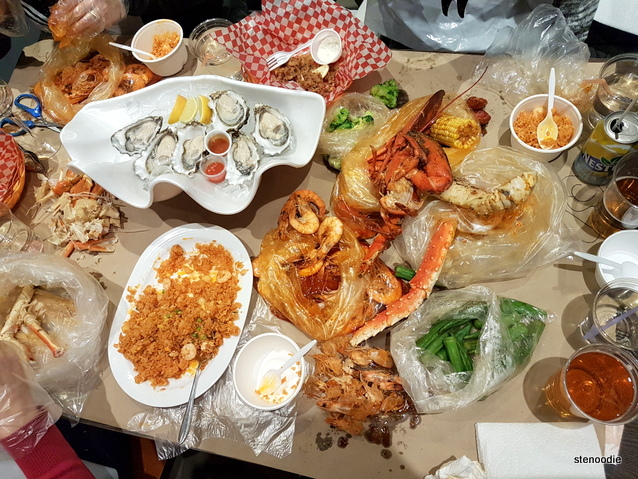 In short, it was again another satisfying and finger-licking seafood boil feast.  Jacqueline and I shared our choices of seafood picks which included Lobster in Medium spice in Captain’s Boil sauce, King Crab Legs in Medium spice in Captain’s Boil sauce,  and Shrimp in Mild spice in Lemon Pepper sauce.  (We actually wanted to try their clams too but they were already sold out of them that night.)

The King Crab Legs were succulent and huge!  Nothing beats the pleasure of cutting open the King Crab Legs with the provided seafood scissors and finding a huge smooth meat of crab leg meat.  It was simply amazing with the Captain’s Boil sauce (which is a perfect blend of all three sauces — Cajun, Lemon Pepper, and garlic). 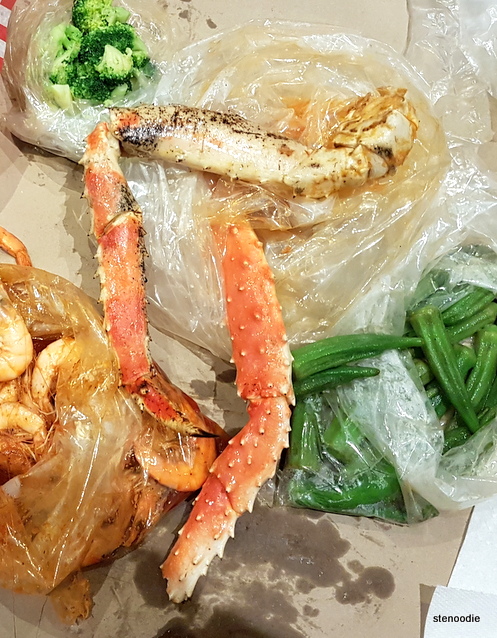 The Shrimps were so, so firm and fresh.  I couldn’t help but lap up all of the sauce in each bag with each bite. 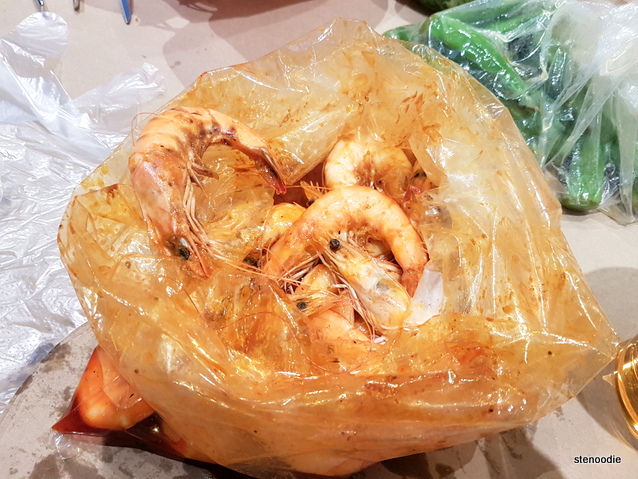 The corn was very sweet and fresh!  The sausages soaked up all of the sauce too and were very meaty. 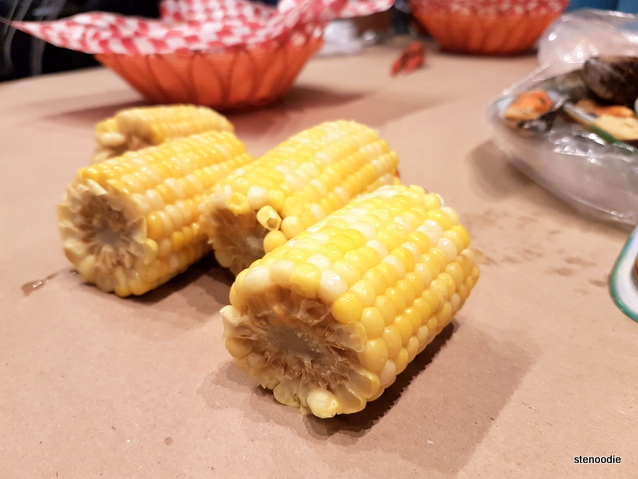 The fresh raw Fresh Oysters were the most plump and fresh ones we had had at a Captain’s Boil event.  These were just perfect. 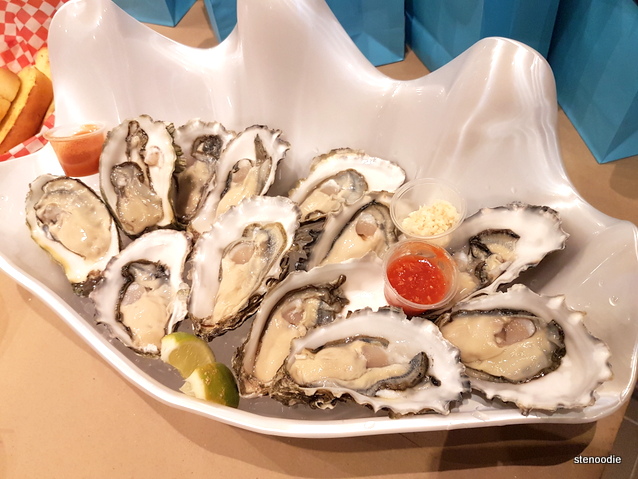 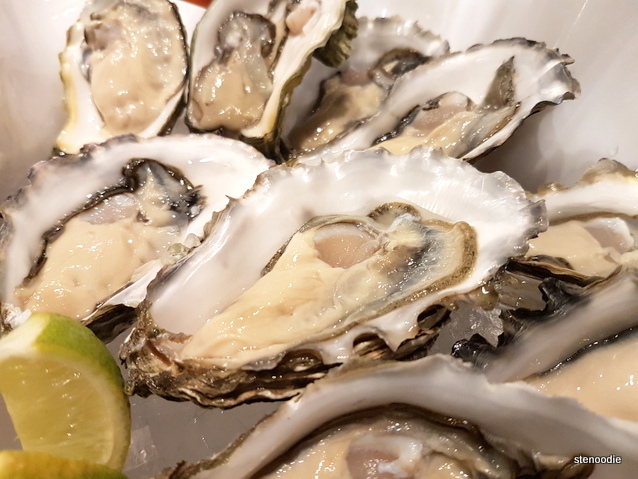 The new menu item, Calamari, were great!  A lot of people loved these. 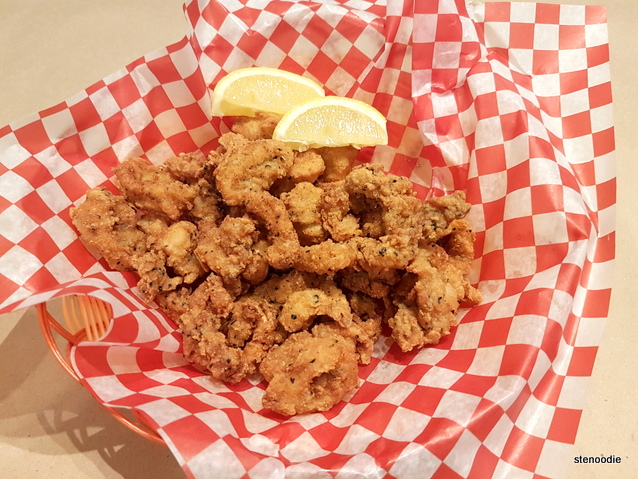 We also ordered Okra and Broccoli in its own unflavoured bags so that we could have something juicy and natural to nibble on between the seafood courses. 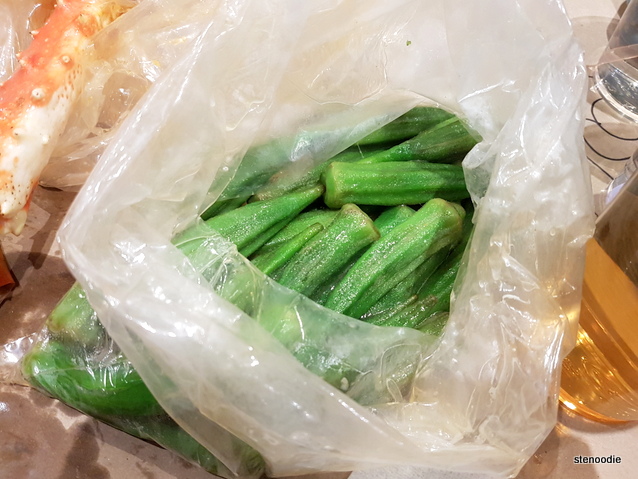 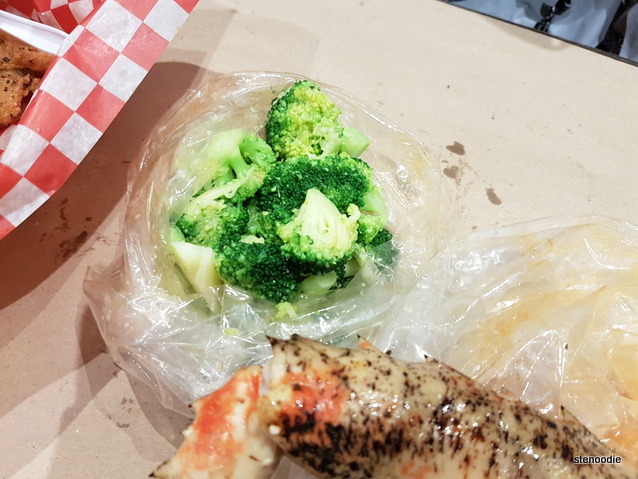 Everyone loved the Cajun Seafood Fried Rice too.  It was extremely buttery and the rice was stir fried so well with shrimps too. 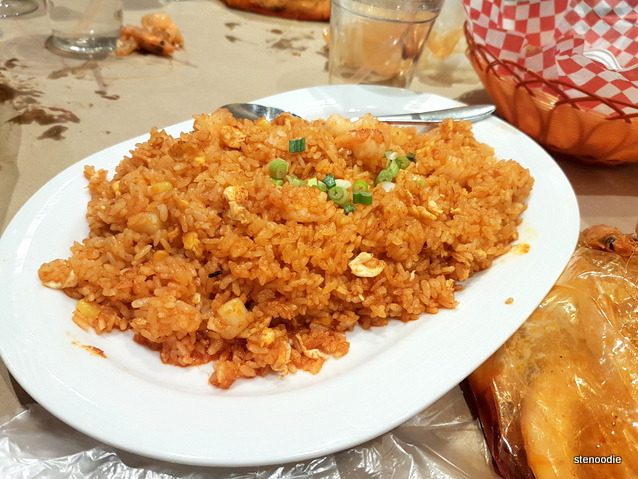 The Garlic Bread were large pieces of fluffy goodness that went well with the savory seafood. 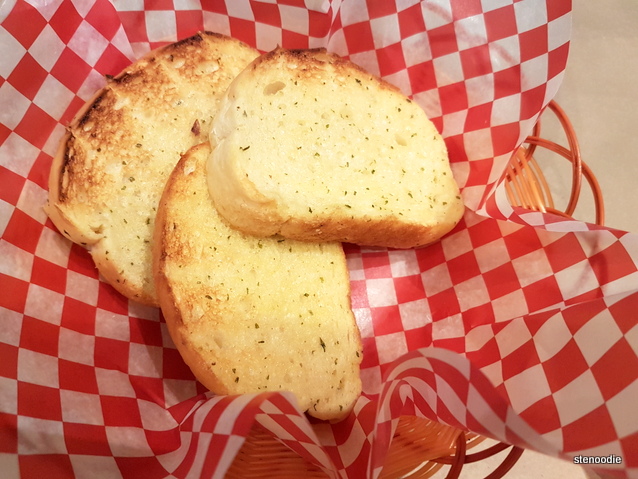 Last but not least, we finished off with some dessert — ice cream.  I had the chocolate ice cream which was indeed very chocolaty. 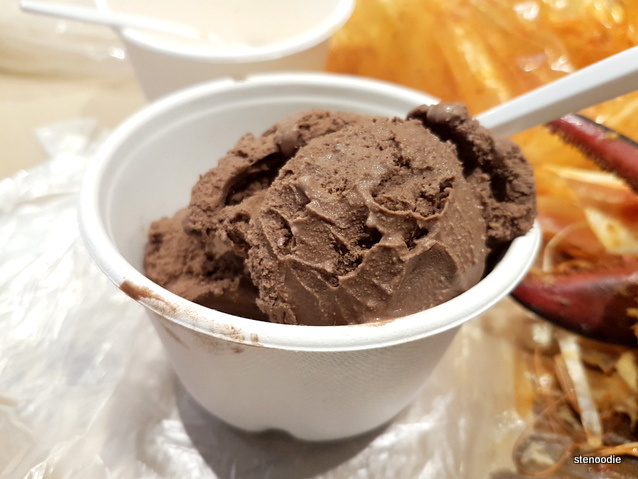 I think I could have honestly stayed there to dine the entire night to eat the entire menu.  I really can’t wait for the next visit to Captain’s Boil now!

Thank you again Lucas for generously inviting us to your restaurant for the Media Night.  He provided such thoughtful goodie bags for us as well which included extremely usable and useful gifts!  Thank you also to Patrick for hosting and organizing the entire night! 🙂 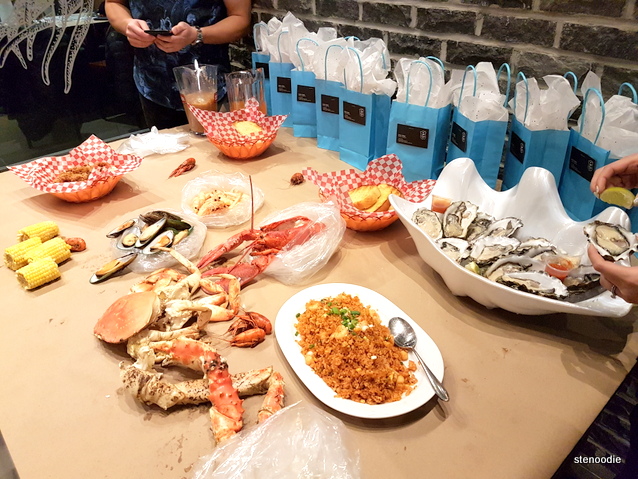 Thank you so much for the Media Night goodie bags, Lucas! 🙂 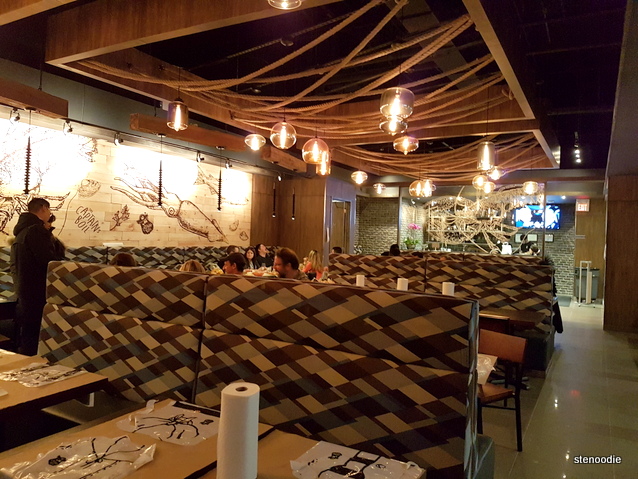 The Newmarket location is very spacious and has a nautical theme 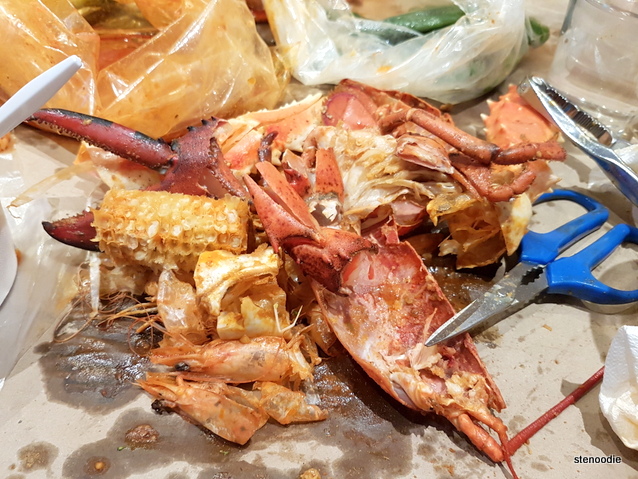 The aftermath and the sign of a good meals — all the deshelled seafood. Thank you for your sacrifice

I’m really excited to see The Captain’s Boil restaurant expand with more locations in Ontario now because eating their seafood again last night made me realize how high quality and delicious they really are!  Keep up the great work! ^_^

FTC Disclaimer:  Although The Captain’s Boil reached out and invited me to a complimentary tasting to review their restaurant, the opinions expressed here represent my own and not those of the restaurant.

1 Response to The Captain’s Boil Media Night in Newmarket