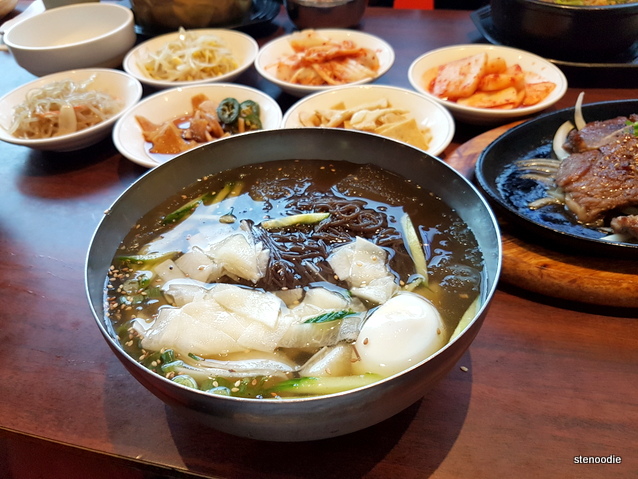 After the BBQ Eats Festival, we ventured to downtown Korea Town and ended up at Lim Ga Ne for dinner.  We chose this restaurant based on the fact that it was dinner time and we wanted an available restaurant that wasn’t too empty but yet where we wouldn’t have to wait for a table either.  This one fit the bill. 😛

Once inside, I already knew what I wanted to order.  It was a hot day and thus a bowl of cold naengmyun was right up my alley! 😀 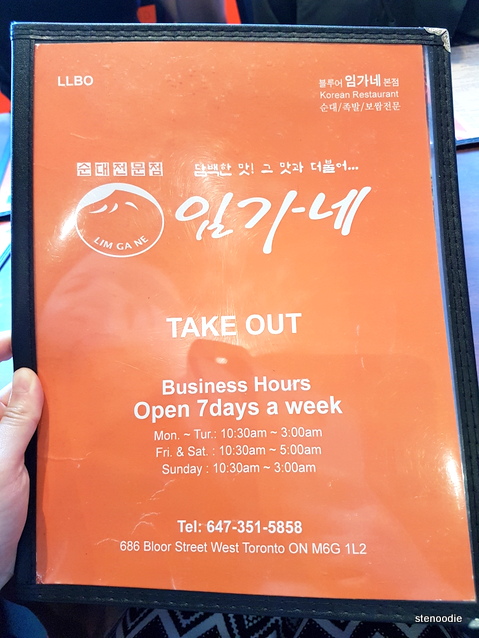 It didn’t take too long for our banchan (side dishes) to arrive.  I liked how the kimchi wasn’t too spicy and was really good! 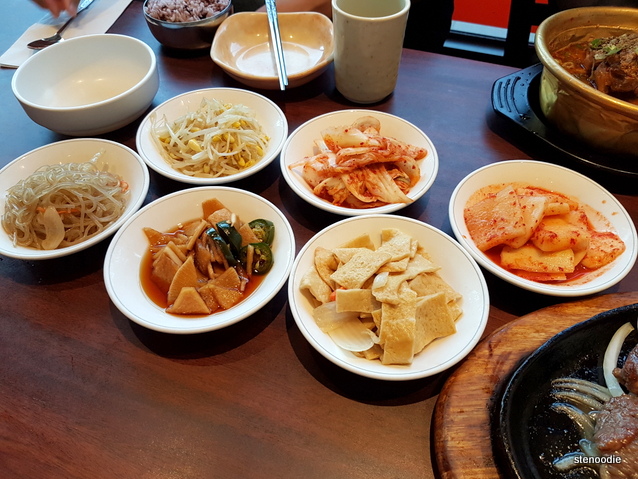 Once the bowls of Mul Naengmyun (cold buckwheat noodle) arrived, the server immediately cut up the noodles for us using his scissors.  I could only capture this action shot while he did it. XD 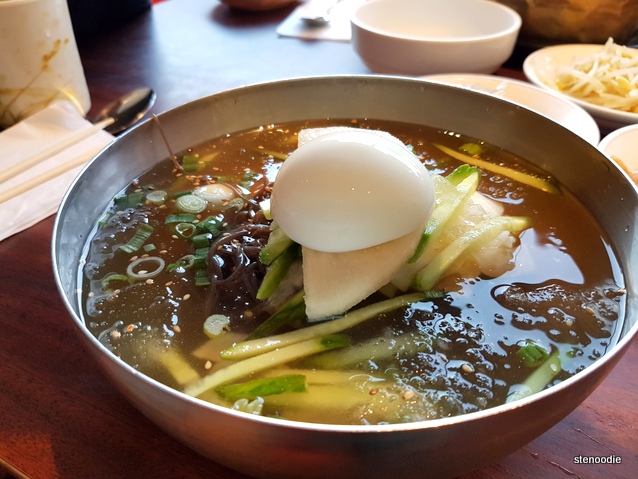 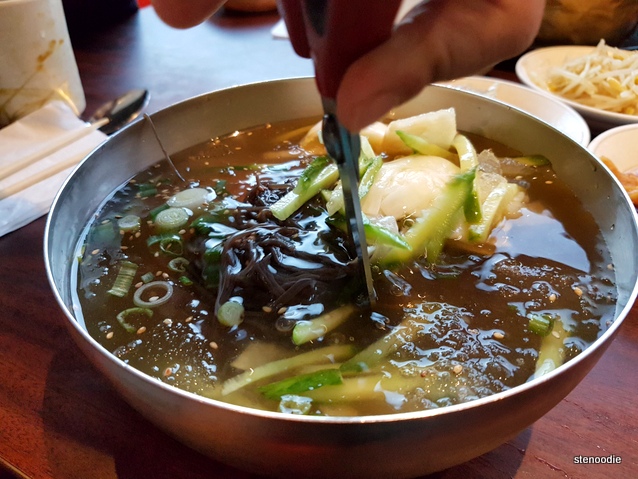 The scissors cutting up the noodles 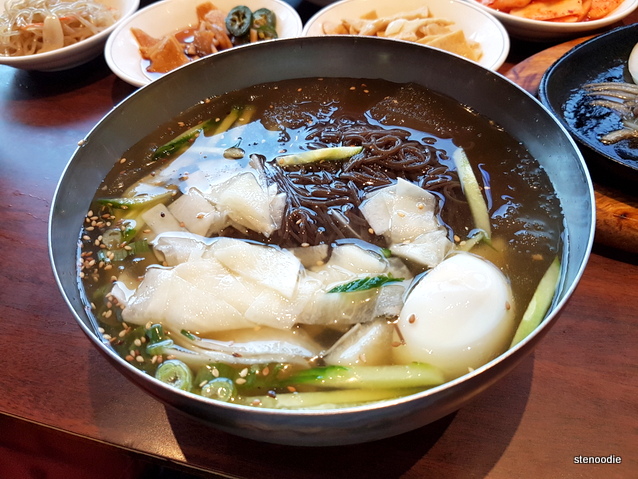 Ready to be eaten!

The broth was really good and I found the cold buckwheat noodles to taste a little firmer than the ones I’ve ever last time at Cho Sun Ok.  However, it was just as satisfying and delicious.  There was an egg and vegetables including sliced sweet pear in the cold clear broth.  Mmm!

Ken also ordered the cold buckwheat noodle but he got his with the combo which included a sizzling platter of beef short ribs.  I really liked how juicy and flavourful the beef short ribs were.  However, I did find a tad of them chewy.  They were so tender though! :9 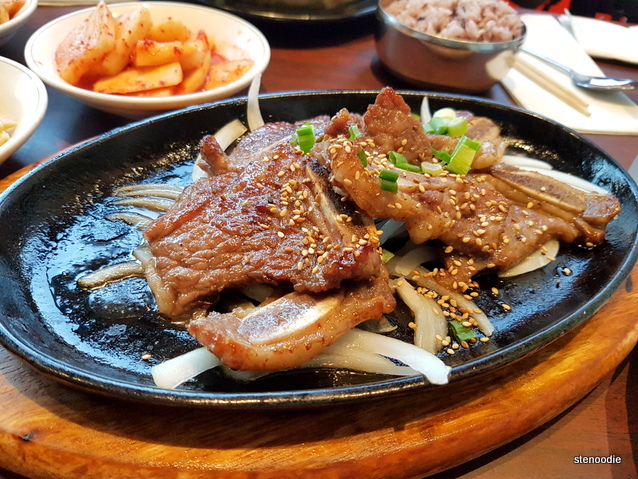 I didn’t take photos of our companions’ dishes (pork bone soup with rice and beef blood with rice). 😀

All in all, it was a good and satisfying meal.  (Oh, and I have also dined at the uptown location of Lim Ga Ne before.  You can read the blog post of that location here.) 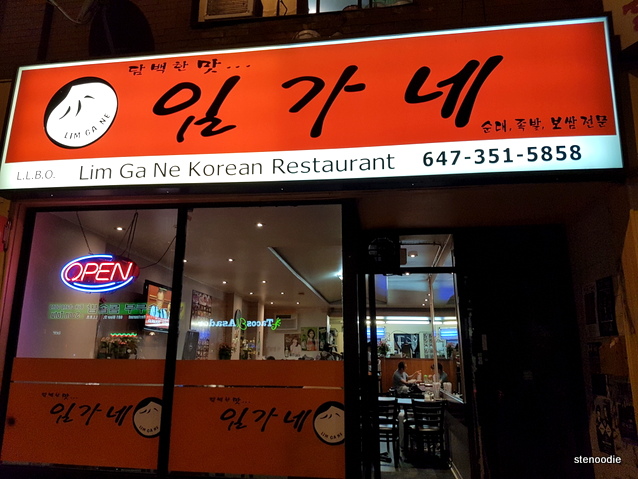 Both Lim Ga Ne’s, uptown and downtown, look the same from the outside