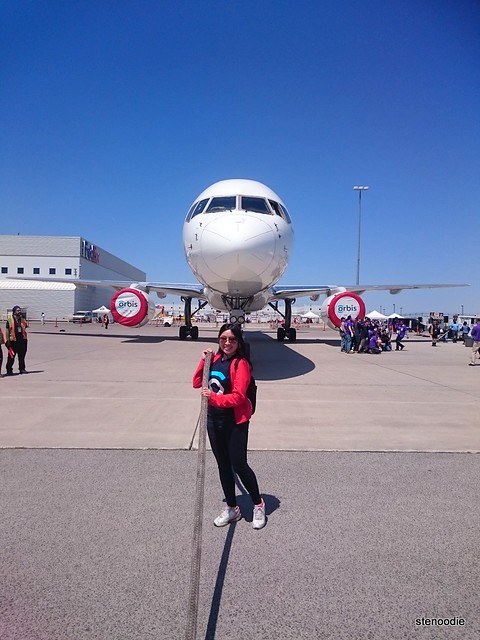 My friends and I pulled a 757 Boeing plane last year for the first time as part of the Orbis Plane Pull for Sight charity event.  It was my very first time doing it last year and I was so impressed that we were able to gather 25 participants as team GenYTO Warriors to make it over the 15 feet mark in just 8.71 seconds!

This year, I didn’t have the time to organize a team and even though I love the Orbis organization, I just didn’t plan of organizing a team.  Part of the reason is that the minimum amount required to pull a plane this year was $100 per person.  I really didn’t want to put any pressure on my friends or my team to have to raise that amount.  Last year, the minimum amount was $50 which was more reasonable.  However, when Evelyn told me about the event happening on a Saturday and that they needed a few more bodies to pull the plane for her team, I decided that I was going to do it anyway.  I missed my team this year to pull the plane together, but we were able to do it anyway with the Trillium Lions team.  We pulled our plane across 15 feet in 10.4 seconds!  Yay us! 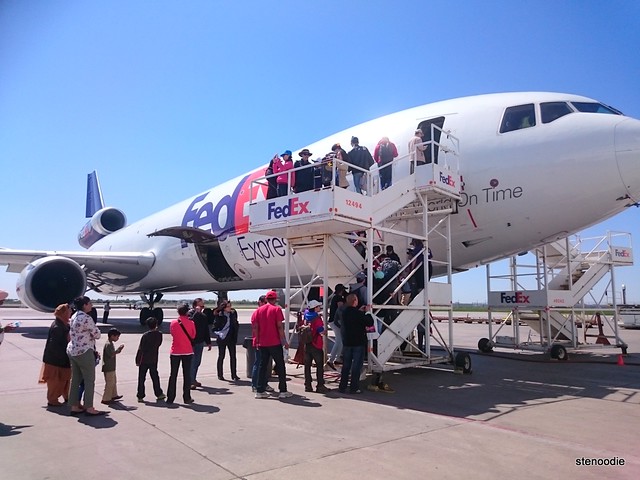 Lining up to tour the cargo plane 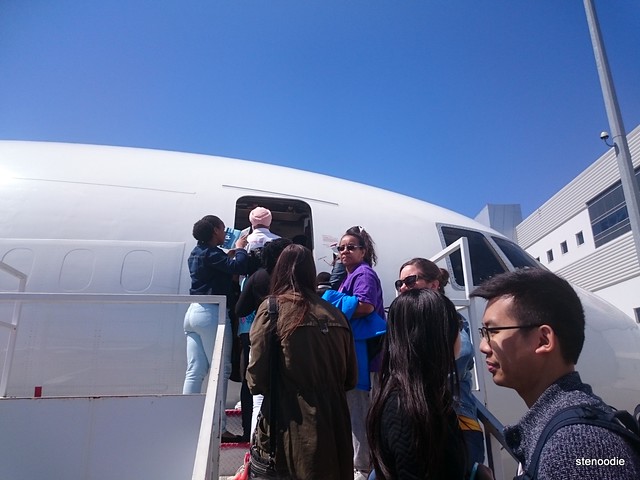 It wasn’t too bad of a wait

What was different this year was that I got to tour the inside of the FedEx cargo plane before it was our turn to pull the plane.  There were just as many people as last year.  Whereas last year was sunny and hot (I actually got sunburned on my face while we were there), it was very breezy and overcast this year.  We had a lot of time to explore the area and even went out to watch the airplanes on the Pearson International Airport runway take off. 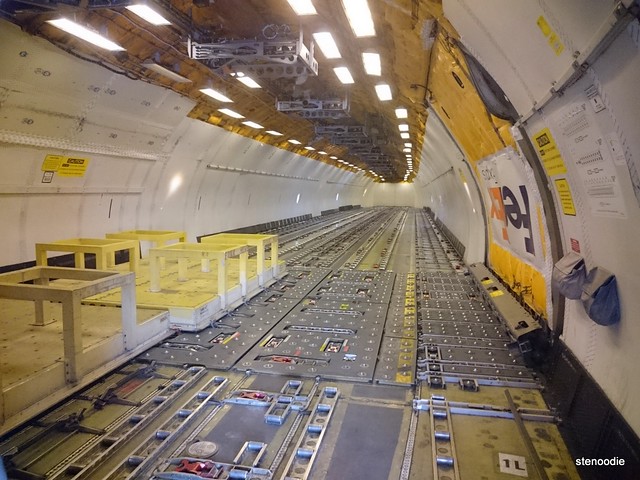 This is what an empty cargo plane looks like. All the packages that we get shipped from over the world are placed in here! 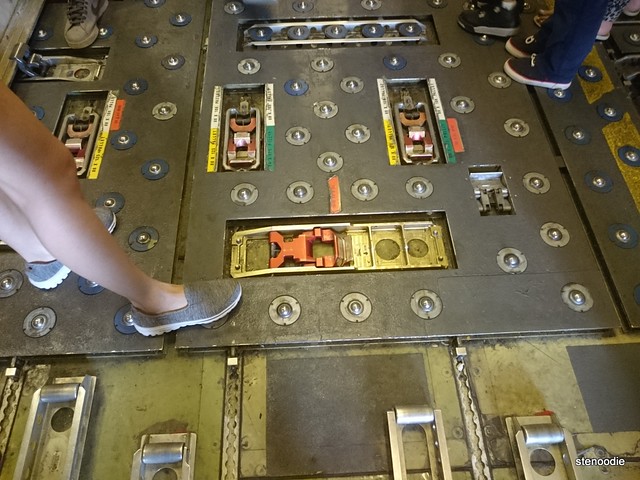 Who knew that the inside of a FedEx cargo plane would be so large inside?  I also got to sit in the cockpit and take some pictures. 🙂 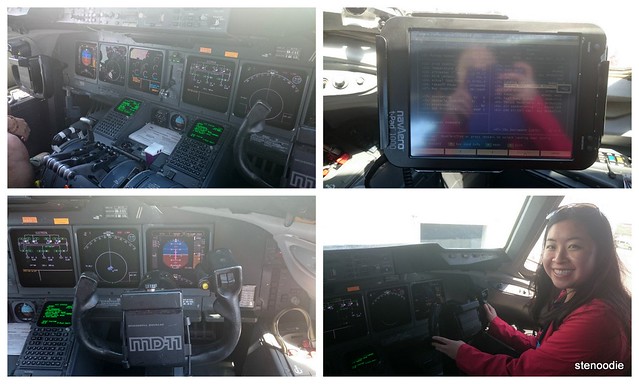 Inside the pilot’s cockpit 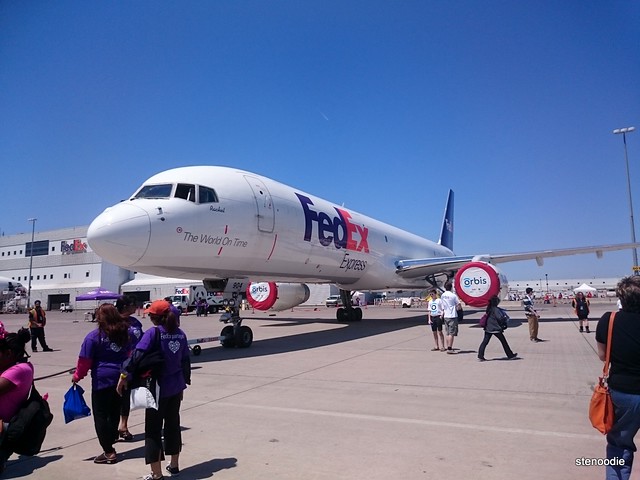 The FedEx 757 Boeing that we pulled for 15 feet

I love the Orbis organization and how they are able to help so many third world country children and infants recover their sight by operating their Seeing Eye Hospital.  It is such a meaningful charity.  Sight is one of the most important senses — at least to me because there is so much beauty in the world that cannot just be touched or heard.  It must be seen.  So many colours, views, scenes, abstract and concrete things to see with the eyes.  Maybe next year I’ll organize a team again so that we can pull a plane together. 🙂  If you’re reading this and in my social network, leave a message and I’ll keep you in mind for next year’s plane pull. 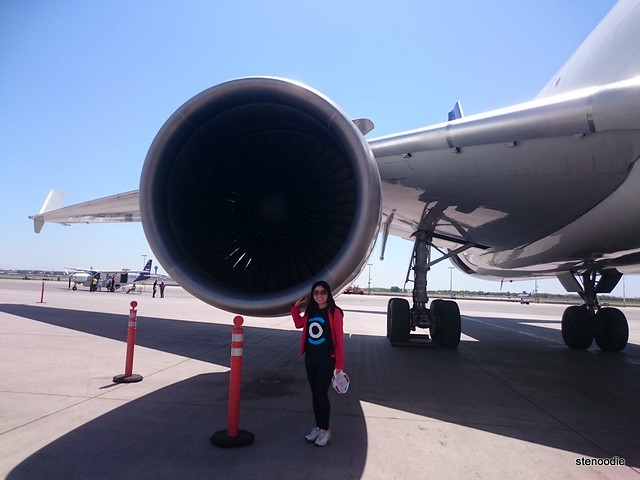 I haven’t received our team pull picture yet, so here is just me 🙂 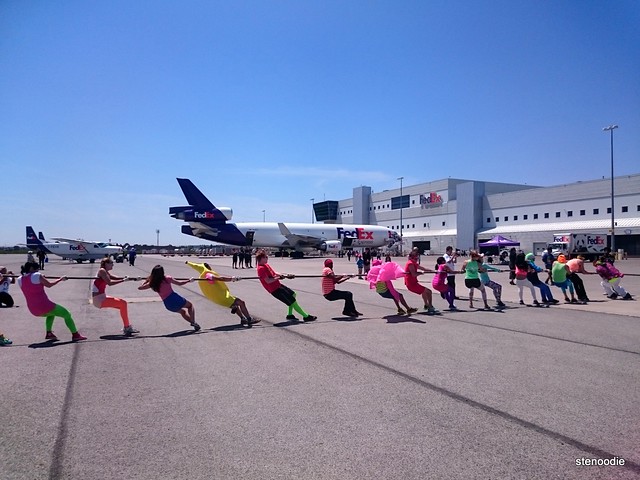 This team (Team Adventure Club) won Most Enthusiastic Team award for good reason. Just look at their costumes and that banana! ^_^ 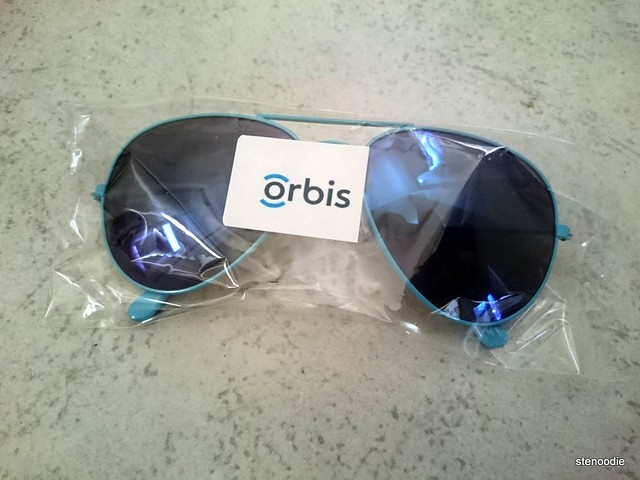 Please correct me if I’m wrong, but I believe there were fewer sponsors this year. The only freebie we received was this Orbis sunglasses (which is really cool!) but last year, we also received a beautiful Orbis T-shirt and some samples from the participating sponsors