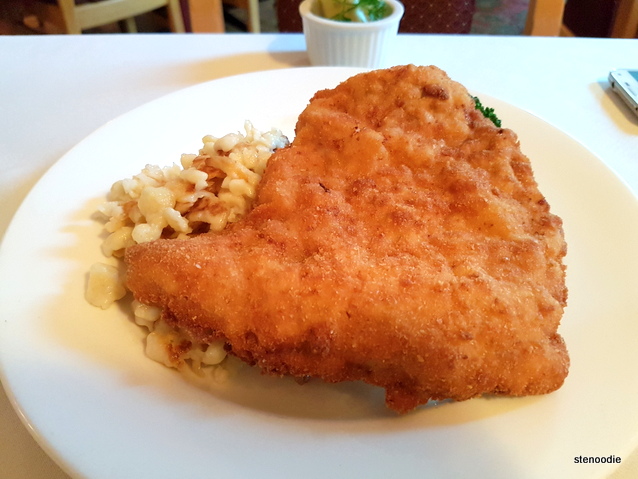 We arrived at 7 p.m. and chose to sit inside.  Although their patio was really nice and the weather was nice, I knew that once our food arrived in the evening, it would be cold and less comfortable to sit outside. 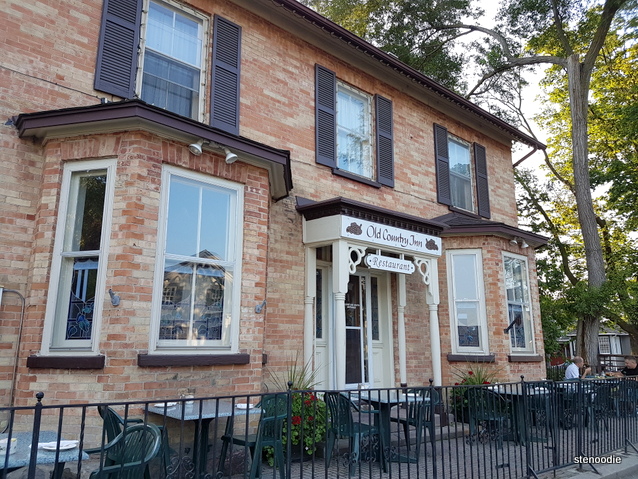 The restaurant is located inside a 140 year-old house!

Their dining room was in a very classic and traditional style.  Our server for the night was very friendly. 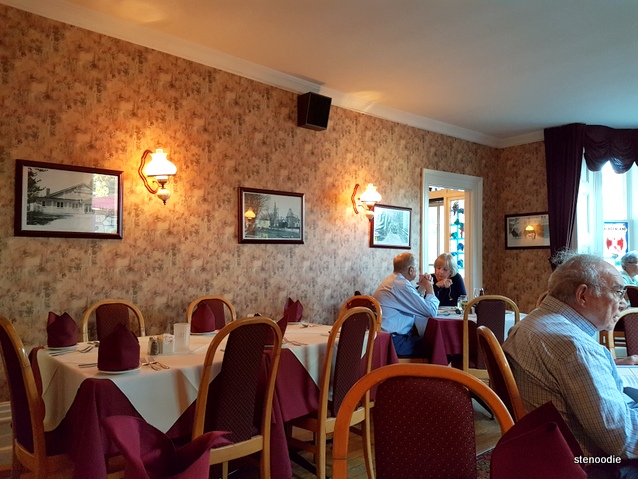 We decided to share the Hering in Rahm, Gem Salad, and Tiroler Schnitzel.  I definitely wanted to try their Schnitzel since it was a Viennese/German restaurant. 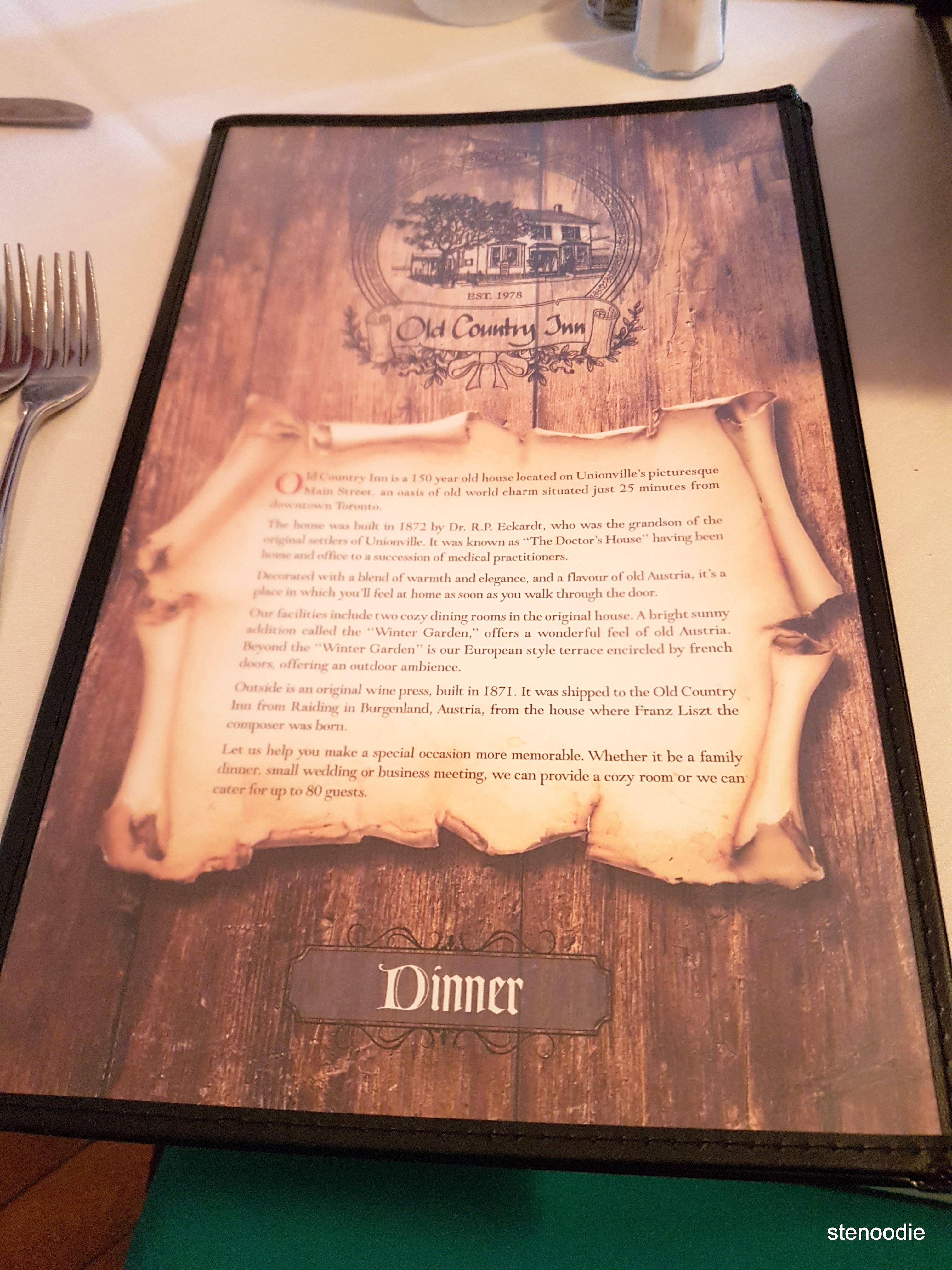 We received bread before our food arrived but neither of us actually tried it so I can’t comment on it.  XD 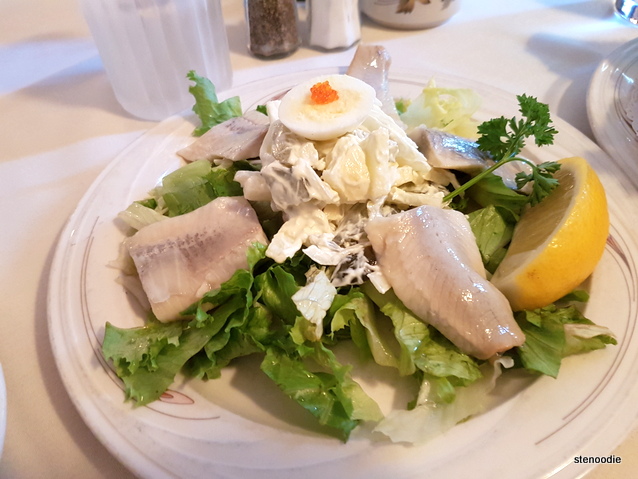 The Hering in Rahm was a soused herring served with a sour cream apple salad.  The last time I had had had fish served like this was at Aragvi, a Georgian restaurant, which I had had with fondness.  I enjoyed this Hering in Rahm dish too.  The soused herring means that it is a cold dish where raw herring is soaked in a mild preserving liquid — it can be raw herring in a mild vinegar pickle or Dutch brined herring.  The vinegar was indeed strong but the fish was very smooth and firm.  Tracy thought the pickling was too strong for her though.

I enjoyed the sour cream apple salad too! 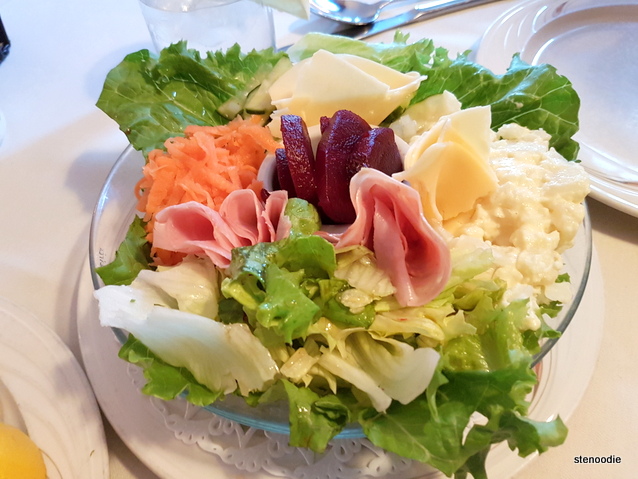 The Gem Salad was a mixed salad plate with cucumber salad, potato salad, carrot salad, pickled beets, ham and cheese.  Essentially, it was a platter of a mixture of different salads which was a neat concept.  All of the salads were fresh and tasted good.  I especially liked the smooth cheese.  As Tracy said, it tasted like Swiss cheese except that it didn’t have the characteristic holes of Swiss cheese.

All of their schnitzel dishes had vegetables served with white wine sauce.  The Tiroler Schnitzel was a breaded cutlet with mushroom and cheese filling, served with home fries and vegetables.  Instead of their home fries though, I wanted to try their spätzle pasta.  Thus, we paid an extra to have the the home fries substituted for the spätzle in order to try it.

The spätzle was decent but I thought that it could have been more flavourful.  The vegetables in white wine sauce were moderate — I couldn’t really detect the white wine sauce. 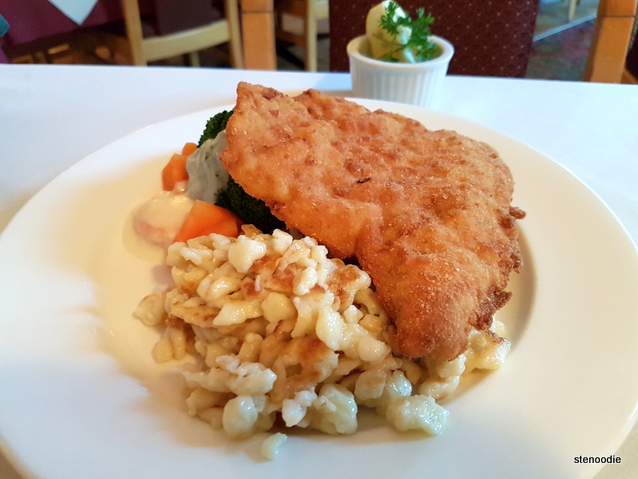 The Tiroler Schnitzel was huge!  It was nicely breaded and a little crispy (but not crispy enough for my taste) and had mushroom and cheese filling.  At the time of eating it, I thought it was also quite bland in flavour.  It wasn’t seasoned much at all.  Perhaps this is how authentic German food is?  (I have had German food before in Germany and it wasn’t as bland as this but Tracy said this was similar to the German food she had had before too.)

We didn’t finish everything so I took home the rest of my schnitzel and the Gem Salad.  When I ate the Tiroler Schnitzel the next day at home, I thought it tasted much better.  Why is it that leftovers taste better than when the food is freshly made?

Anyway, I’m glad that we tried out Old Country Inn.  Despite not having the most satisfactory tasting dishes, I thought it was still a decent Viennese food experience.  I wouldn’t mind returning again to try more of their other dishes — their menu is quite extensive!

(They have a parking lot in the back of the restaurant!  I wish I remembered seeing this fact before I decided to park at another lot on Main Street Unionville.)