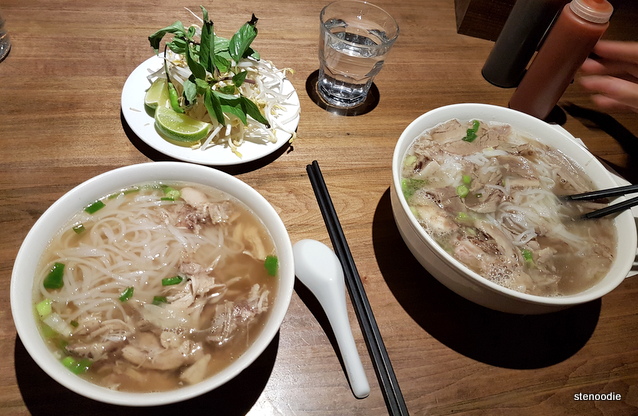 October 29, 2017:  After our 5k Monster Dash run, we went to Pho 88 for a warm bowl of noodle soup to warm up and fuel up.  We were the only ones dining in at this late hour on a Sunday evening at first.  Our orders arrived very quickly though!  I really liked the interior of their dining room.  It was very modern and spacious.  They had TV screens too and a long bar and a beer on tap it looked like. 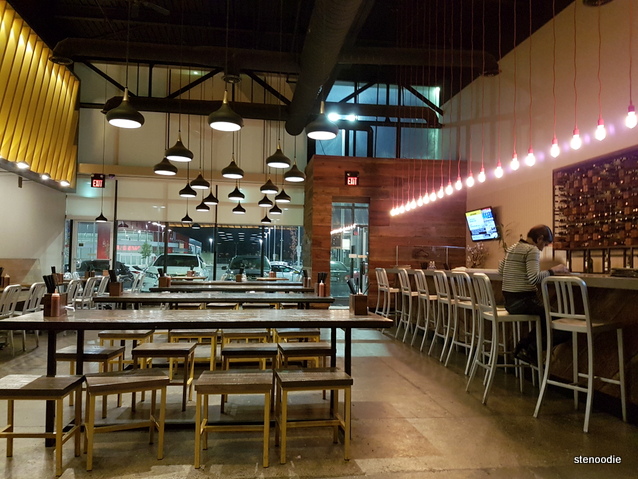 I really liked the look of their dining room!

I ordered the small bowl of Chicken Pho, something that I don’t usually order at Vietnamese restaurants because I usually prefer the beef pho.  However, it must have been because part of our costume was “Chicken Noodle” Soup that I wanted to eat it that night too.  XD 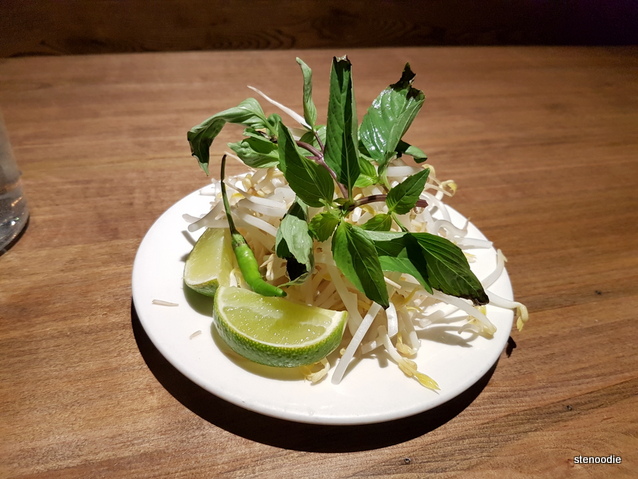 The Chicken Pho was pretty good.  I really liked the skinny and soft pho noodles. 🙂  (Apparently, I thought the same the first time I had pho at their other location on Yonge Street too.)  I liked the hot brothy soup too. 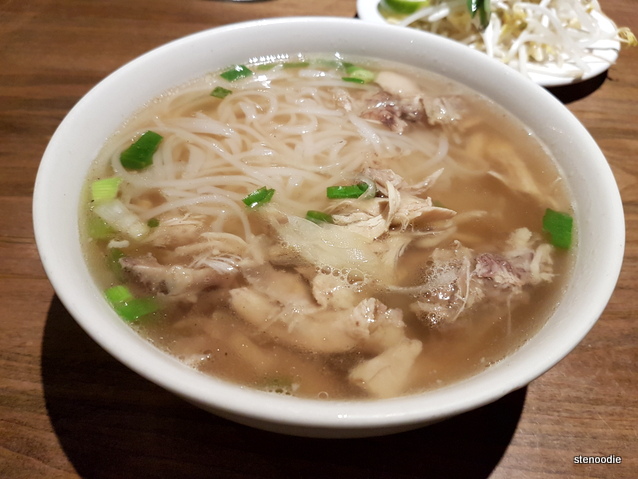 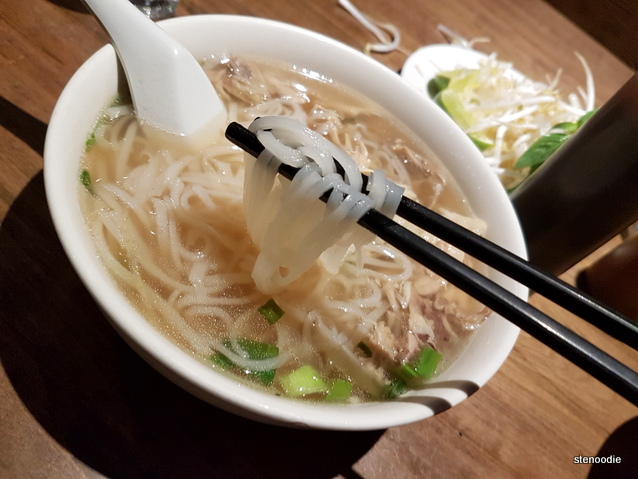 Ken got the Flank and Brisket regular sized bowl of pho. 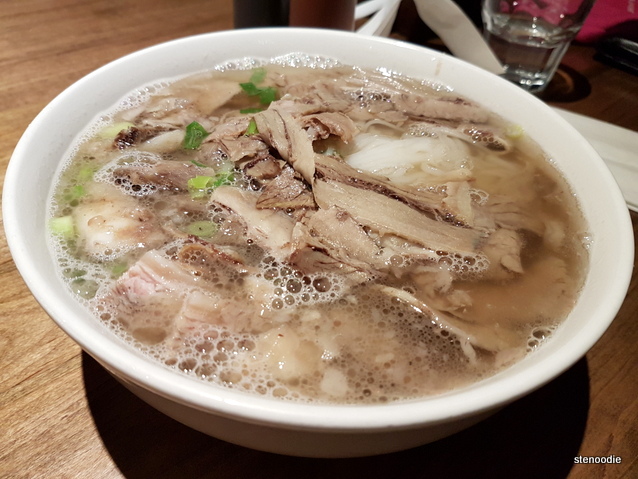 Yummy comfort food on a cold night after a run!