Tasting at Woodstone Eatery in Markham 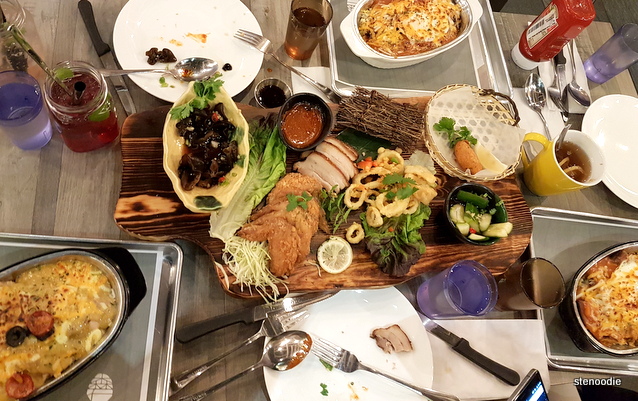 November 6, 2017:  I attended a DKLoEvent tasting event at Woodstone Eatery this past Monday.  Woodstone Eatery is a Asian fusion restaurant that features Hong Kong style  food with Macanese, Vietnamese, and Thai influences.  (I remember that this used to be the spot where Hong Kong Style Cafe was.  They have renovated to look nice inside; casual with modern rustic elements.)

For dinner that night, we were given the opportunity to try their drinks, appetizers, main course, and dessert.  How generous of the restaurant and what a great way to taste their food!

I got there after 7 p.m. and it was just perfect timing since the servers were coming around at this time to take our orders.  This was a sit-down dinner tasting where we were able to order from the pre-selected choices available. 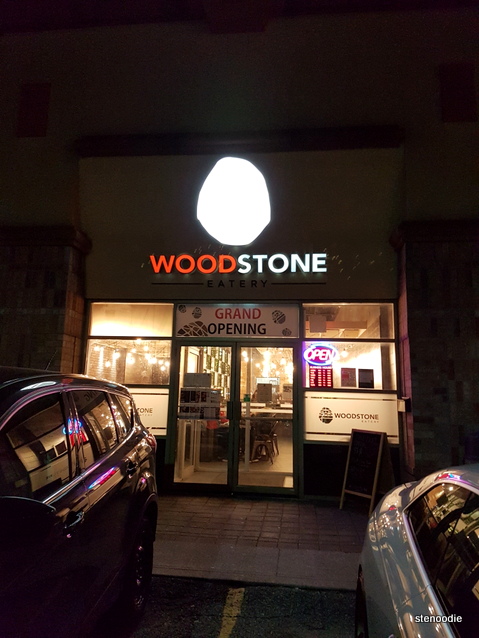 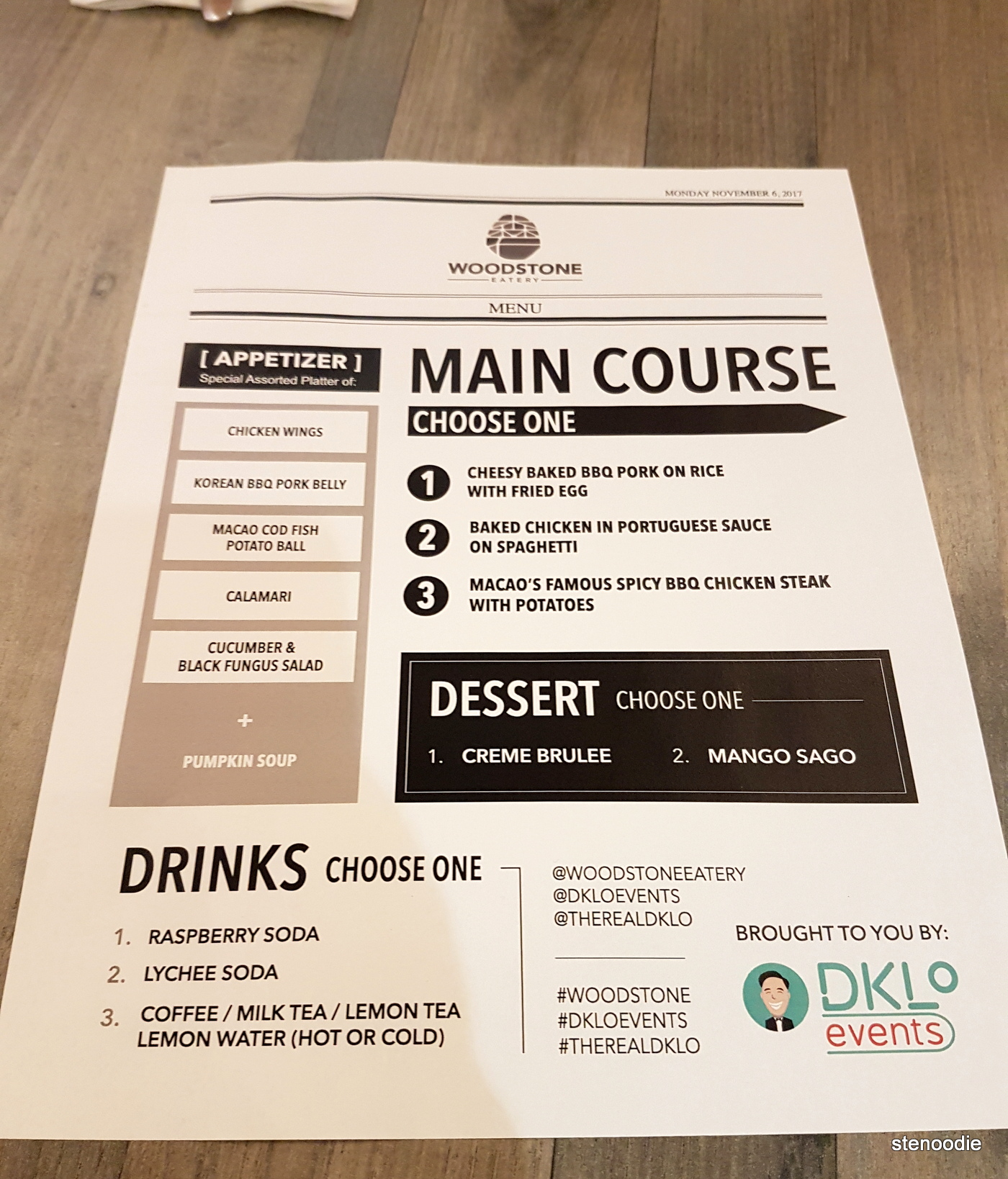 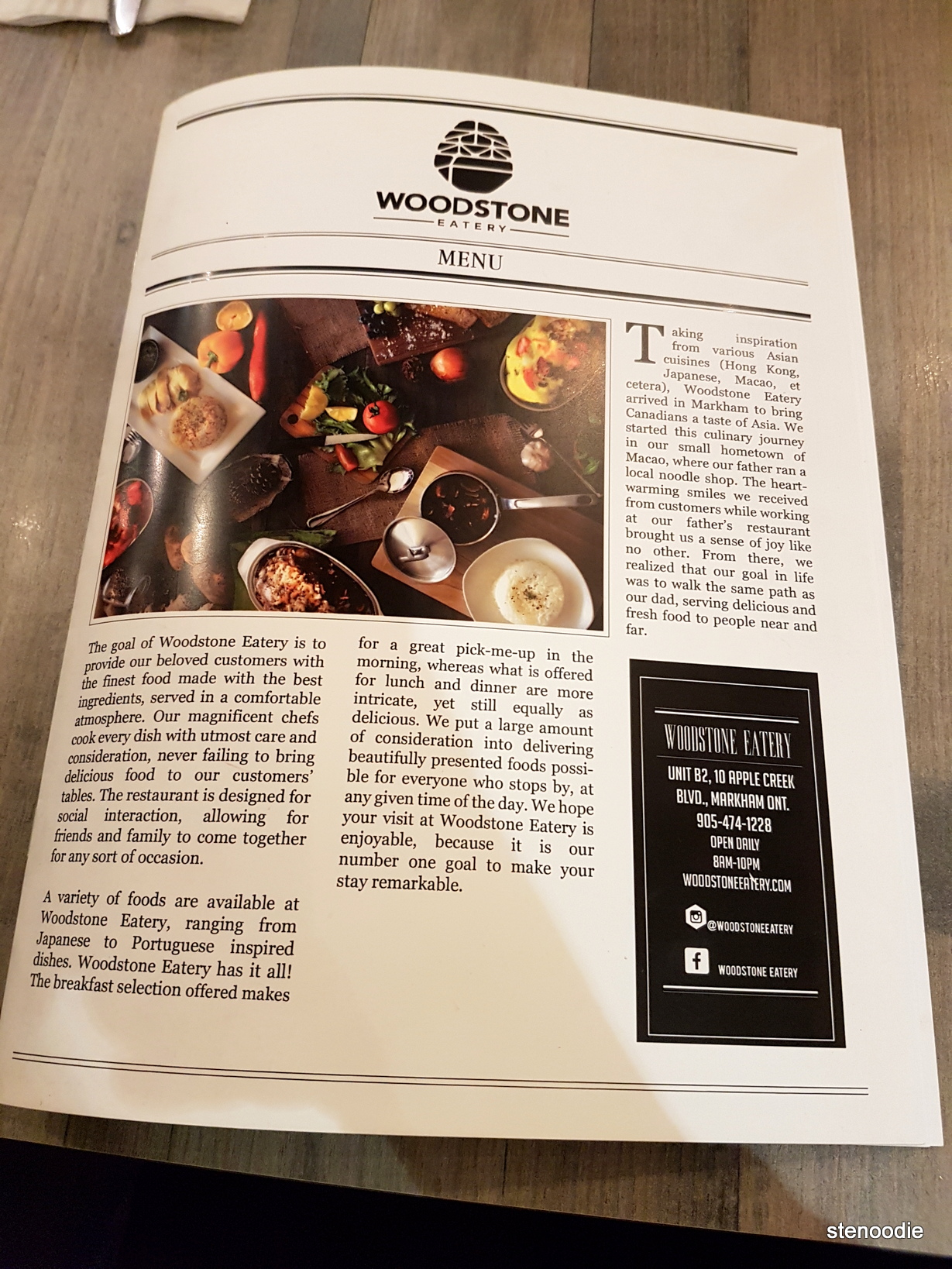 The soda drinks were served in mason jar mugs.  The Raspberry Soda was actually quite refreshing with popping bobbas that were very good. 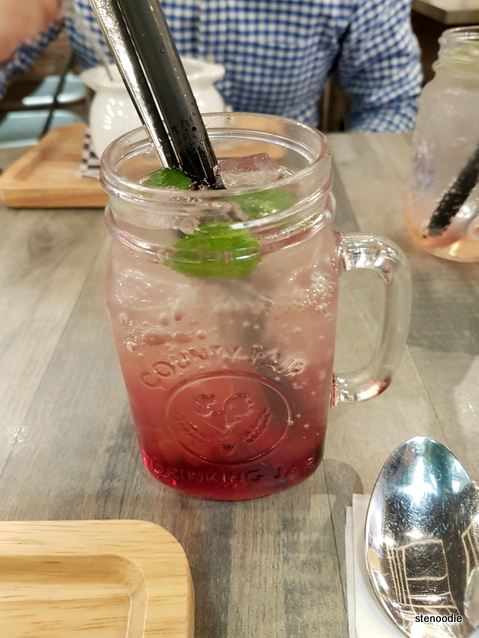 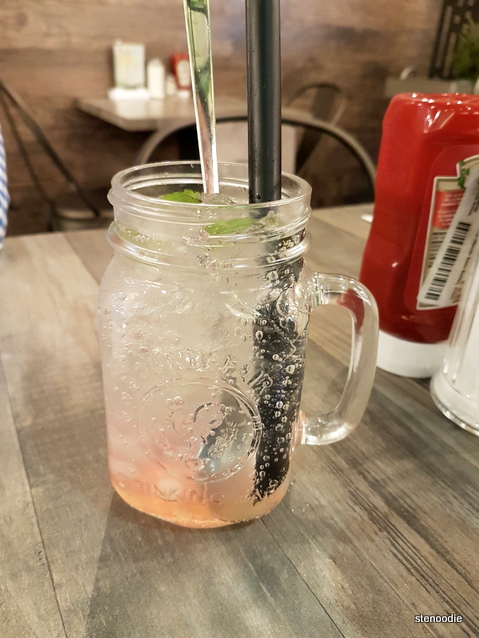 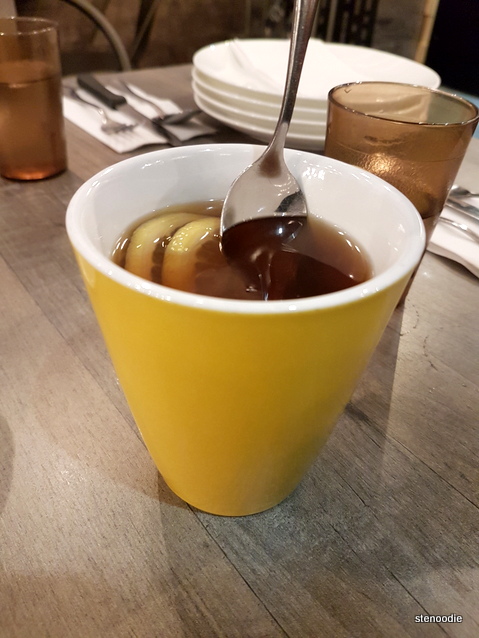 We each started off with the Pumpkin Soup which had bacon bits on it.  It was pretty good and the presentation was super adorable. 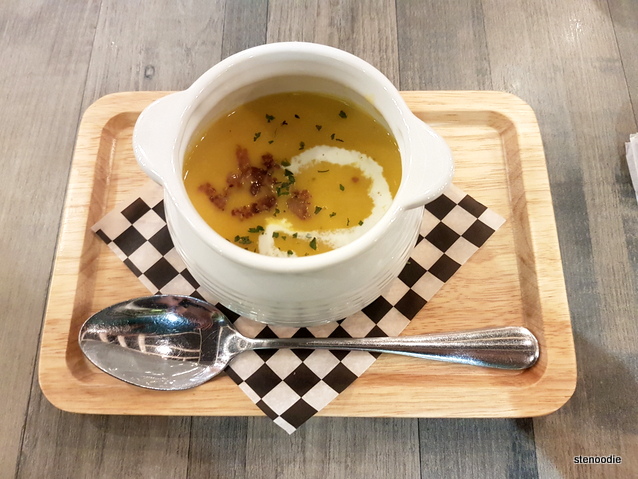 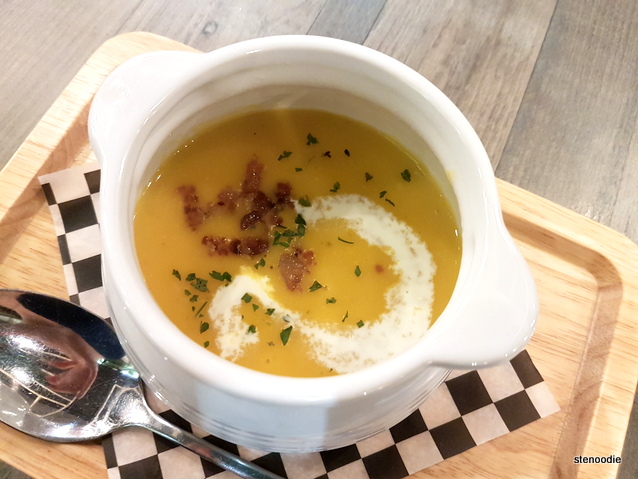 The Special Assorted Platter of Appetizers was super impressive!  This included Chicken Wings, Korean BBQ Pork Belly, Macao Cod Fish Potato Ball, Calamari, and Cucumber & Black Fungus Salad.  It was beautifully arranged on a wooden platter that made it look incredibly appetizing to eat (and photograph)! 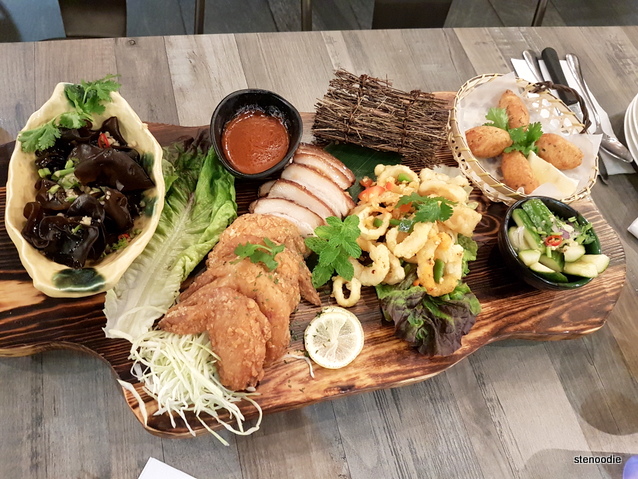 The favourite appetizer that night had to be the Macao Cod Fish Potato Ball.  This was a true Macanese dish and the taste was reminiscent to it too.  It was slightly crispy on the outside but the inside was so smooth of cod fish and potato mash.  It was delicious!! 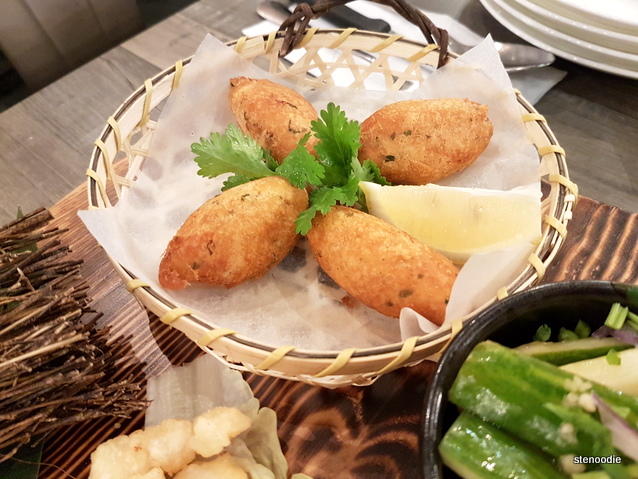 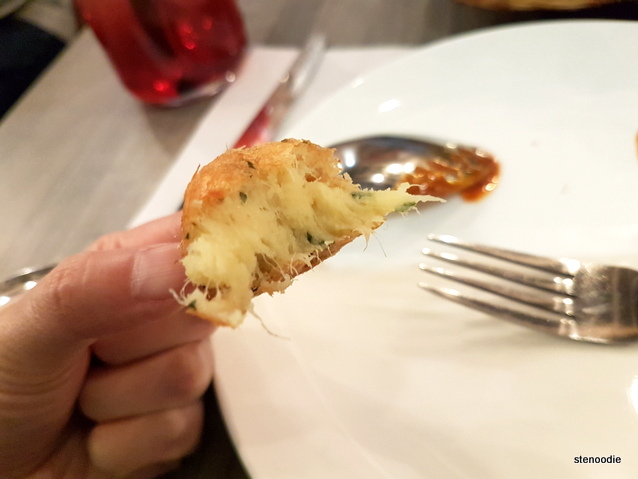 You can see how smooth and mushy it was inside; delicious! 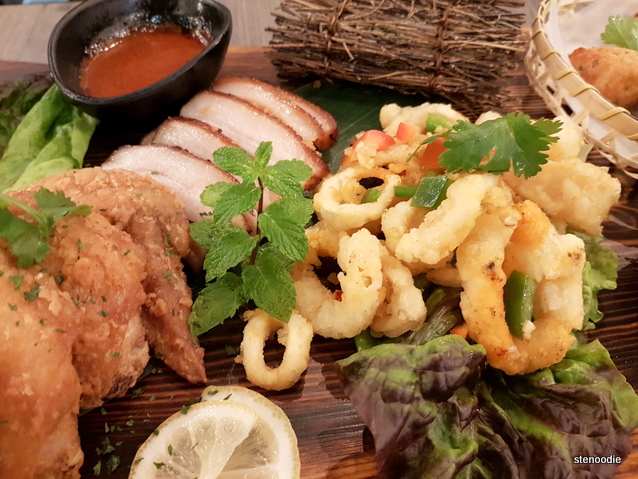 This platter reminded me of the look of a kamayan meal

I really liked the Chicken Wings as well.  These were also slightly crispy on the outside and very moist and tender on the inside.  I love tasty chicken wings like these.

The Korean BBQ Pork Belly reminded me of Chinese roasted pork.  The Calamari was quite good too although the first piece I had was a bit hard.  It was slightly seasoned.  The Cucumber & Black Fungus Salad was served separately with each ingredient in its own bowl.  This was super refreshing. 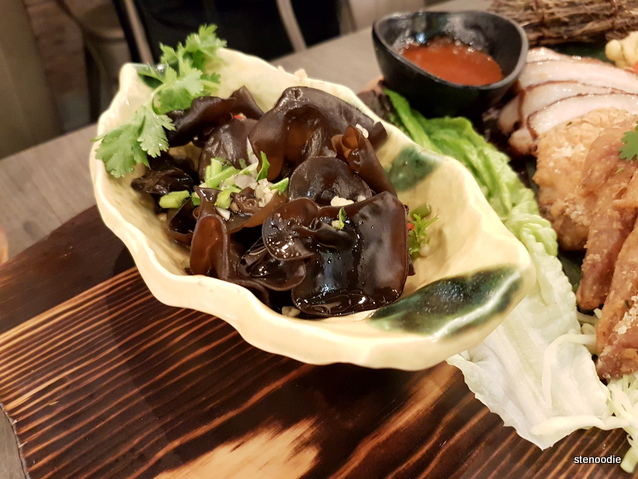 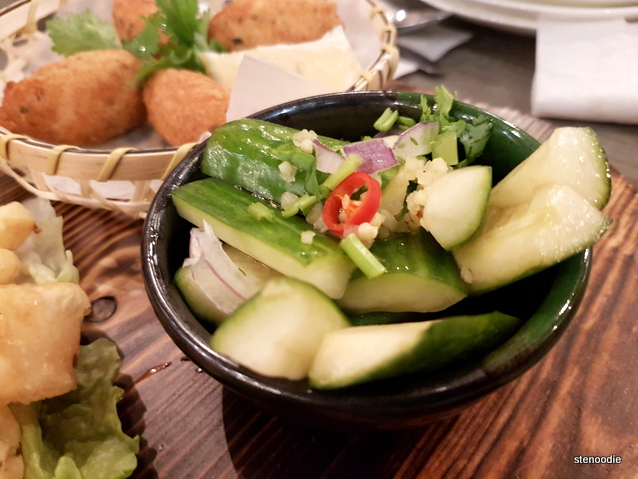 For my main course, I chose the Baked Chicken in Portuguese Sauce on Spaghetti.  Unfortunately, the kitchen made a mistake and actually served this with rice.  That was fine to me because I like eating rice.  This baked dish had lots of cheese baked on top of it including olives and sausage slices; very different from usual Hong Kong style baked Portuguese rice dishes.  It was a dish tasting like comfort food to me; it was good! 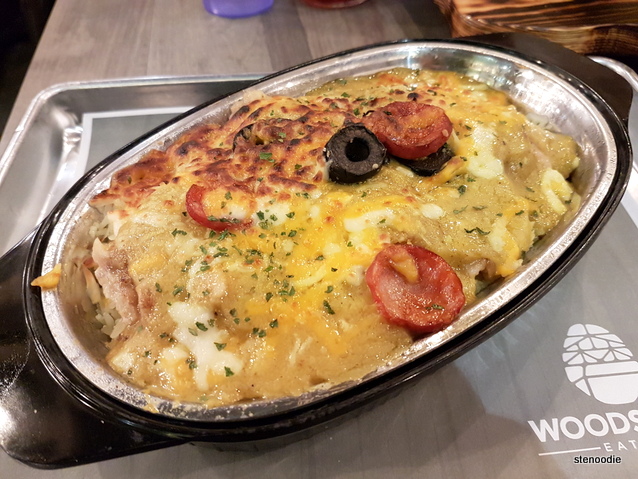 The Cheesy Baked BBQ Pork on Rice with Fried Egg looked good.  I tried a bite of it and the BBQ pork was very dense and firm; something that Darren said wasn’t the most consistent because he’s had the dish before when the pork was more fatty.  This dish had tomato sauce embedded in it so it was more of an acidic dish in terms of helping you to cut the grease when eating it. 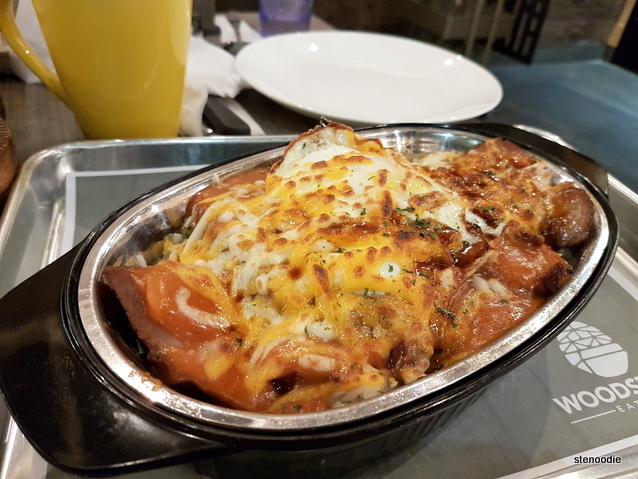 Lots of people ordered the Macao’s Famous Spicy BBQ Chicken Steak with Potatoes.  It looked amazing too.  I wasn’t in the mood for spicy BBQ sauce that night otherwise this would certainly have piqued my interest normally.  The foodies seemed to enjoy it! 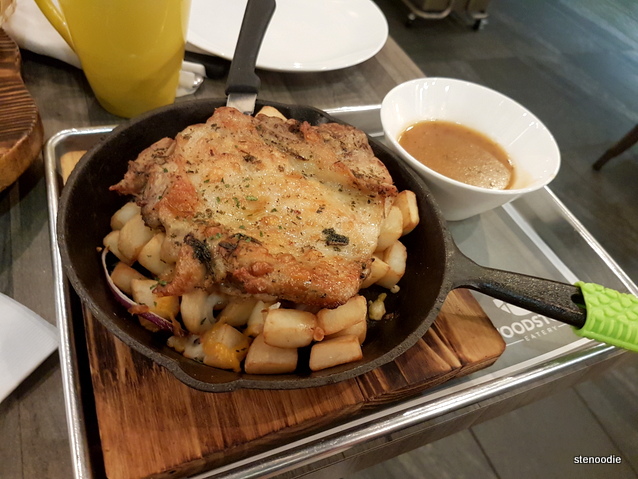 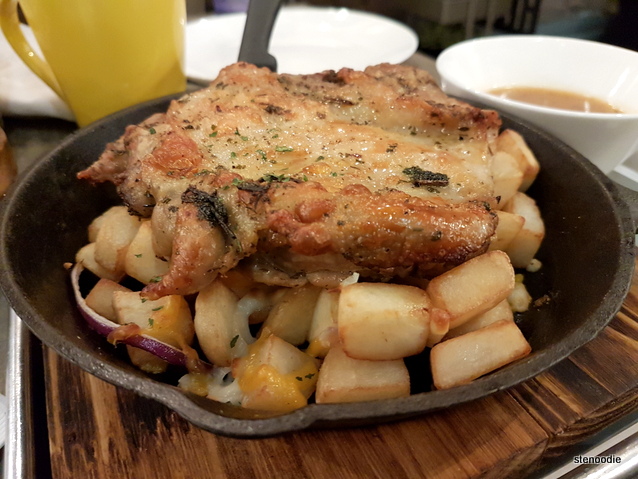 I should have asked for a bite to try this haha

The kitchen surprised us with a bonus dish for each table.  It was their Signature French Toast.  To me, it was like a Hong Kong style French toast with butter and syrup.  Darren and Crystal raved about it. 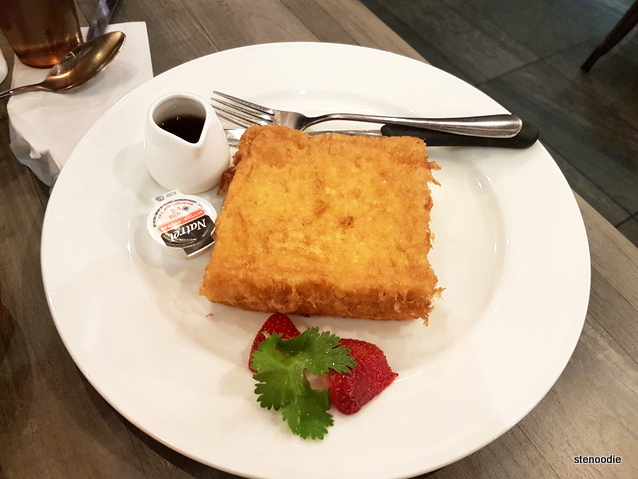 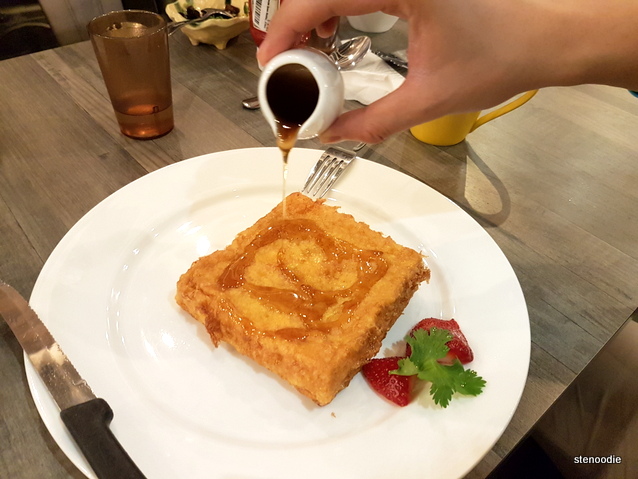 Lastly, we enjoyed the desserts.  The Crème Brûlée was good!  It had that hard caramel glaze and sweet custard underneath.  The custard was dense.  I liked the taste of it. 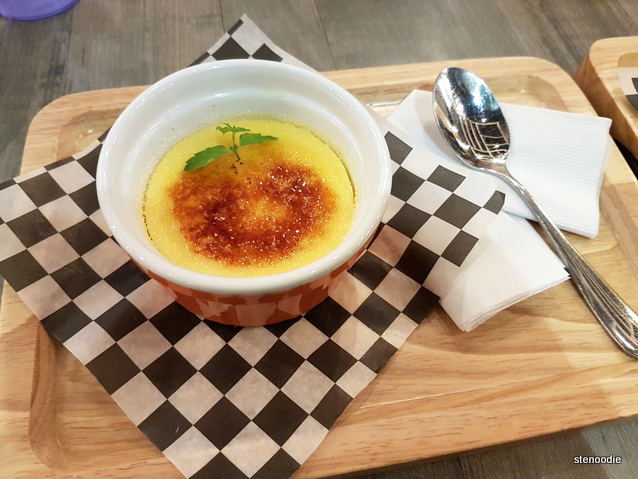 The Mango Sago actually had lots of fresh mango chunks in it!  It was pretty good. 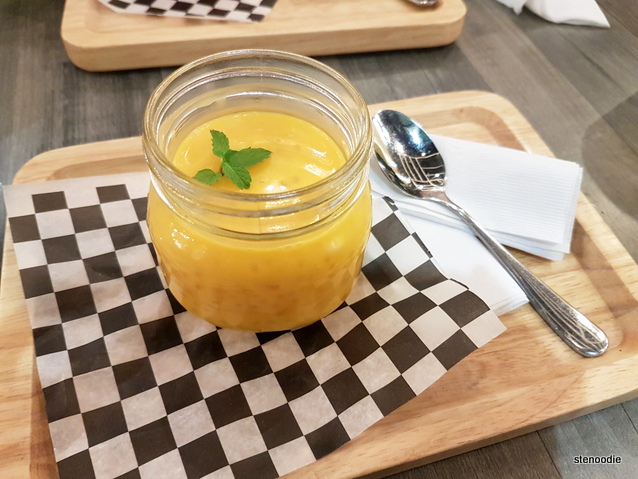 I’m really glad that I was able to try this restaurant thanks to this DKLoEvent!  Now I know whenever I crave this food, I can come by to eat it since it’s located so close to me.  Those Cod Fish Potato Balls definitely are worth returning for! 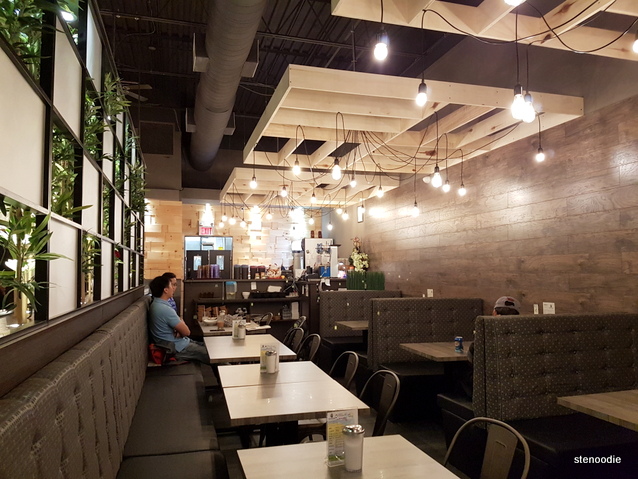 Beautifully renovated to look rustic and fit with the times

FTC Disclaimer:  Although DKLoEvents and Woodstone Eatery invited me to a complimentary tasting, the opinions expressed here represent my own and not those of the companies.