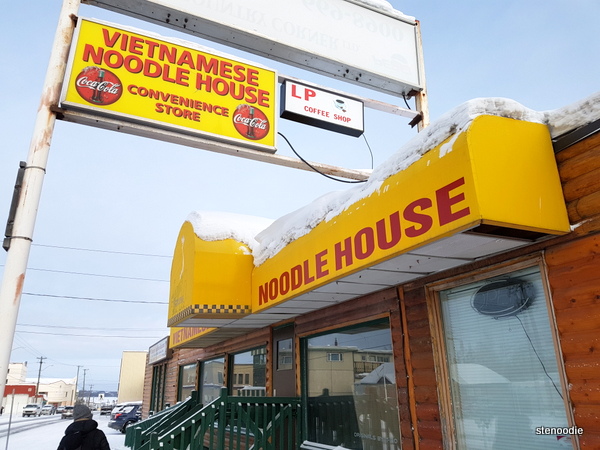 February 22, 2018:  For our very first meal in Yellowknife, we ventured towards Vietnamese Noodle House.  We had deplaned, checked into the hotel, and after dropping off our luggage in the room, were ready for food.  A quick search on Google Maps pointed out this restaurant which was about an 8 minute walk from our hotel.  Who wouldn’t be down for some comfort food like some hot pho in a new freezing environment? 🙂

Vietnamese Noodle House was a simple restaurant.  There was a lot of seating inside.  They had an English menu and a Chinese menu (the Chinese menu didn’t have prices next to the dishes, so you had to match up the numbers with the numbers on the English menu in order to find out the prices).  It was a no frills kind of restaurant with on one server and what looked like a small kitchen. 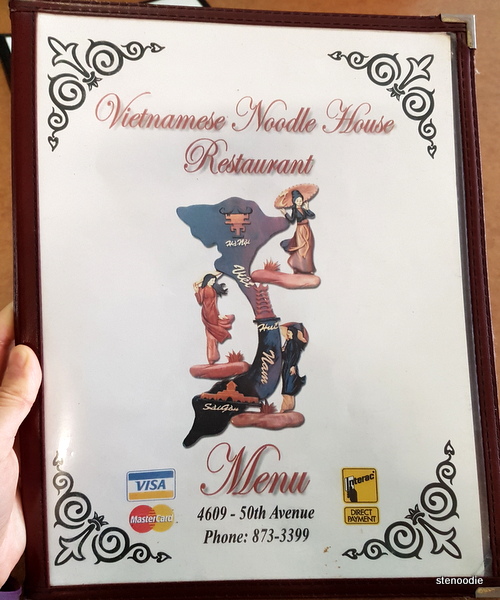 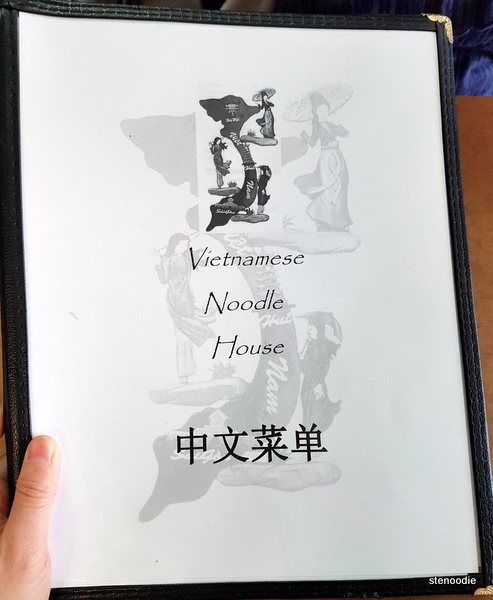 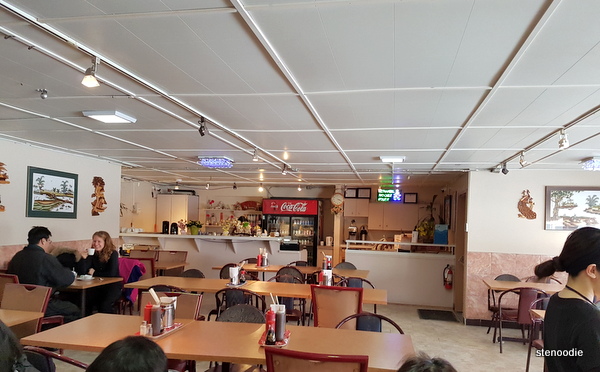 After placing our orders with the female server, the food came out really quickly!

My mom and I ordered the shrimp and pork rice roll, beef pho, and BBQ chicken rice. 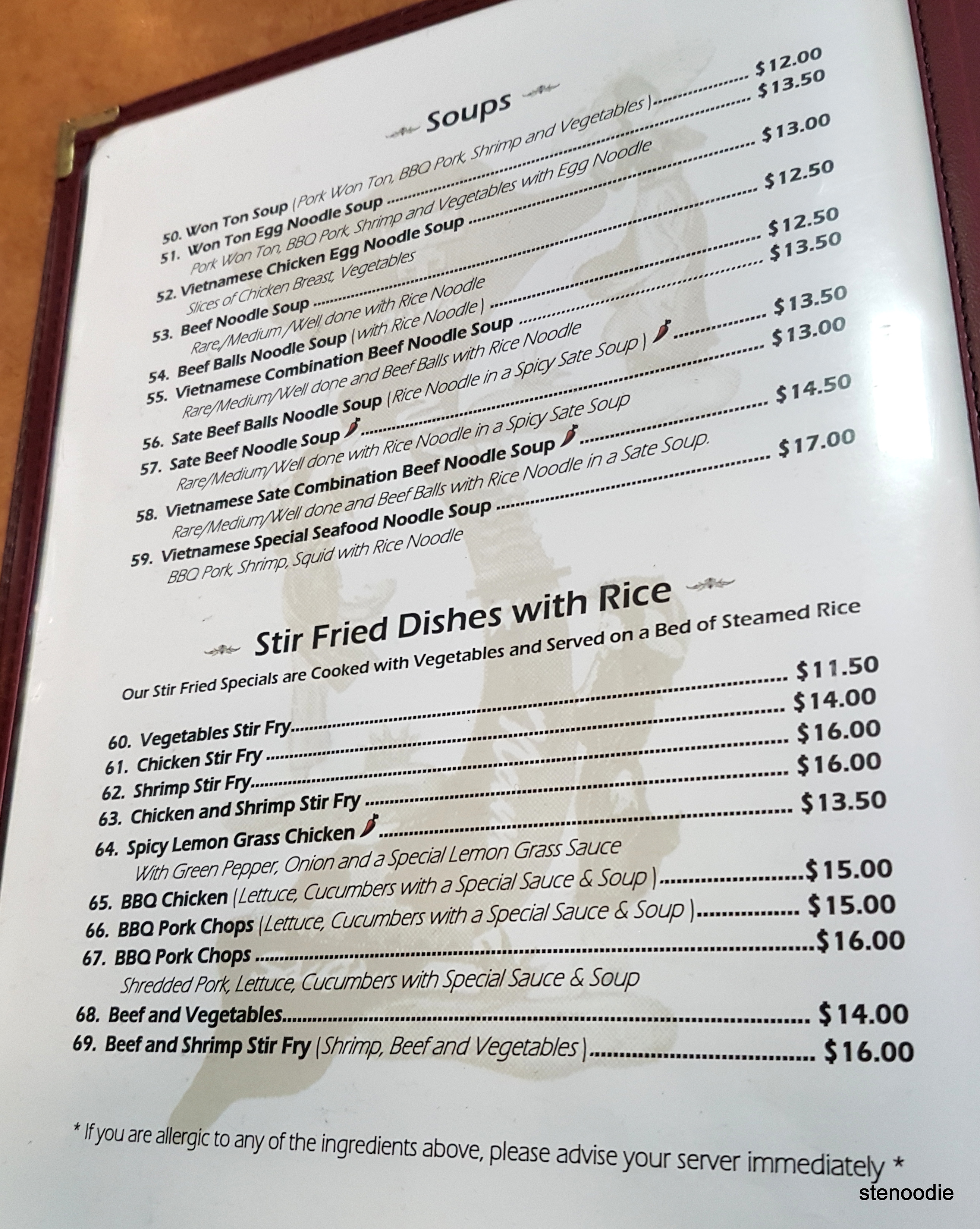 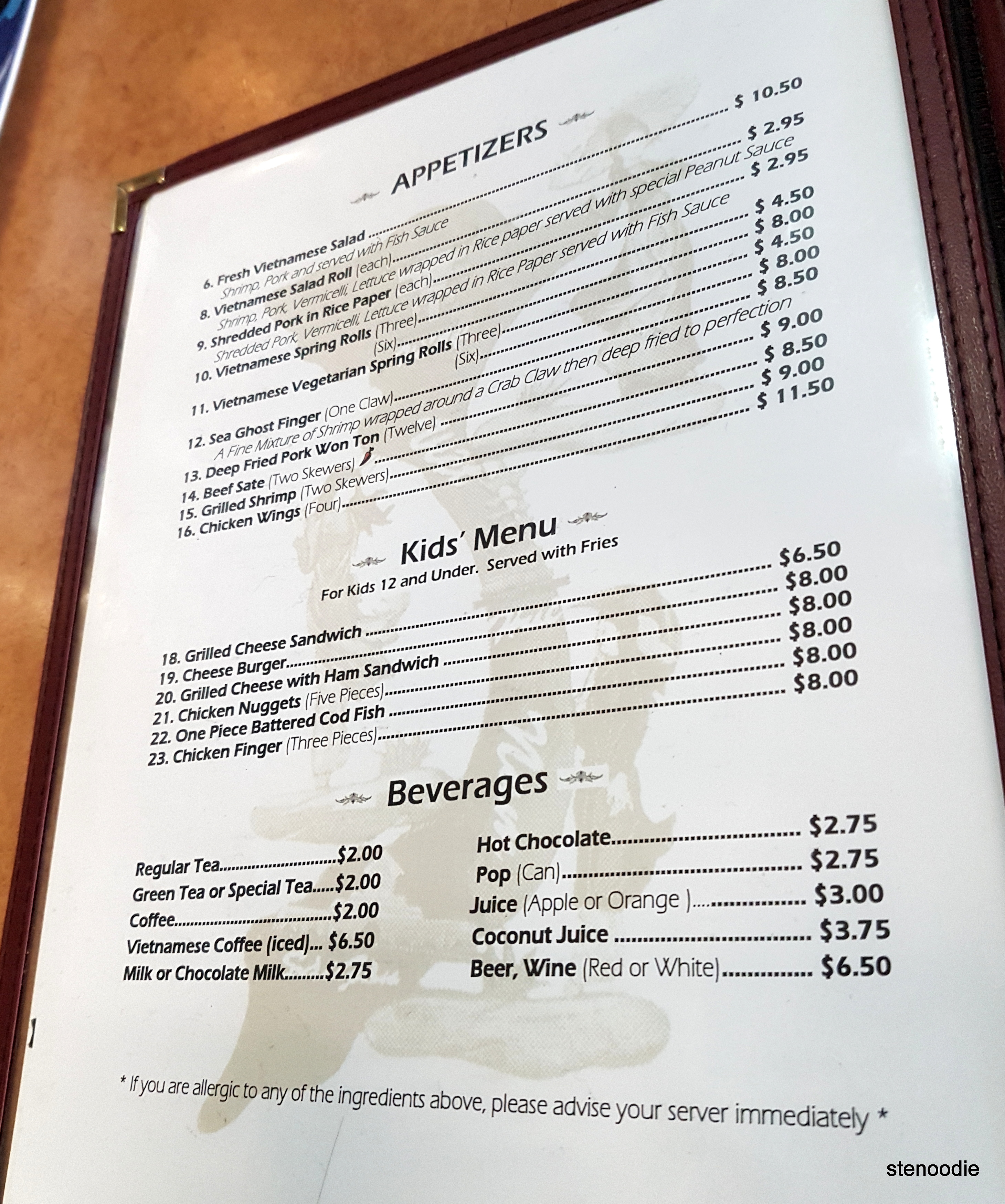 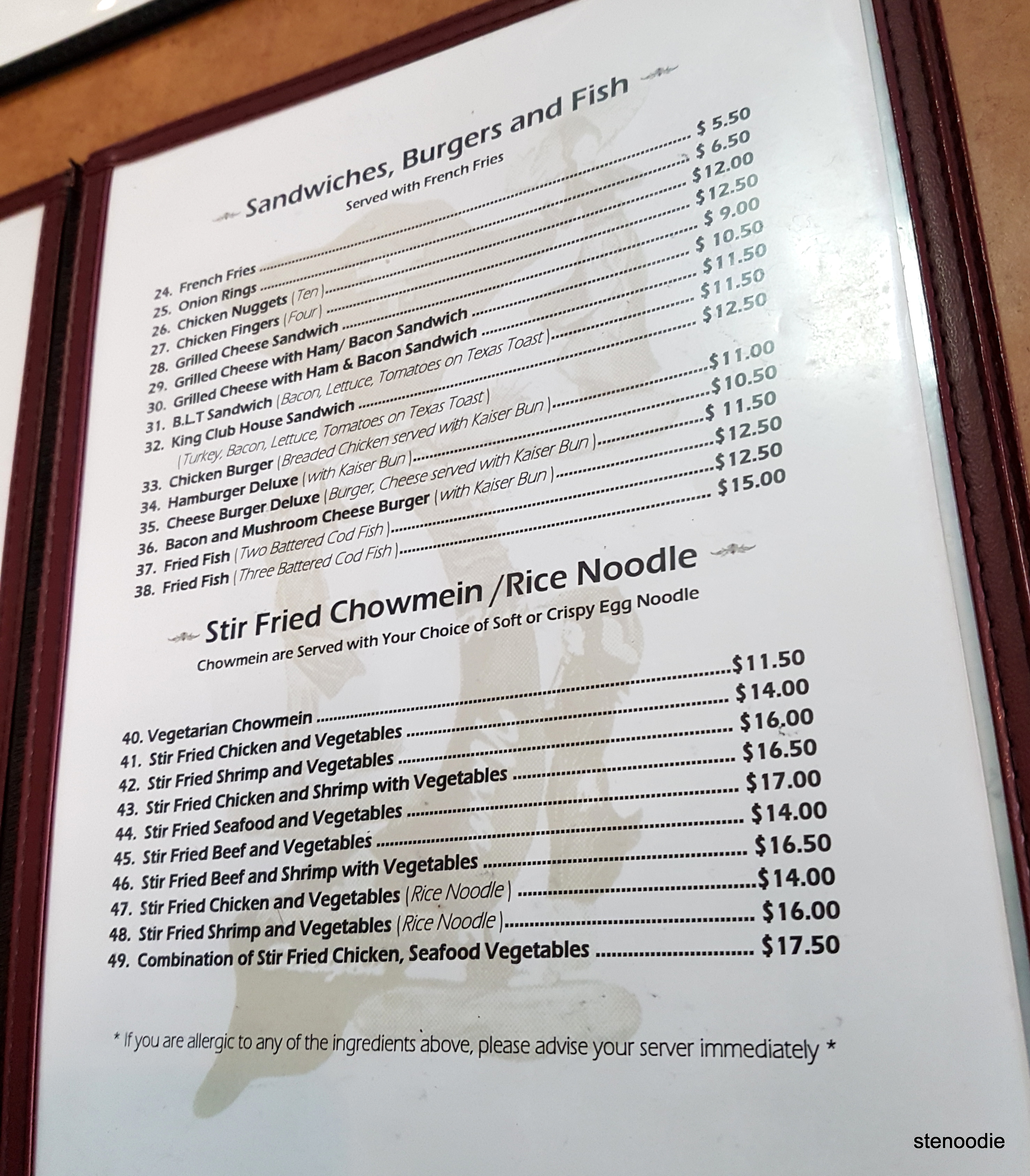 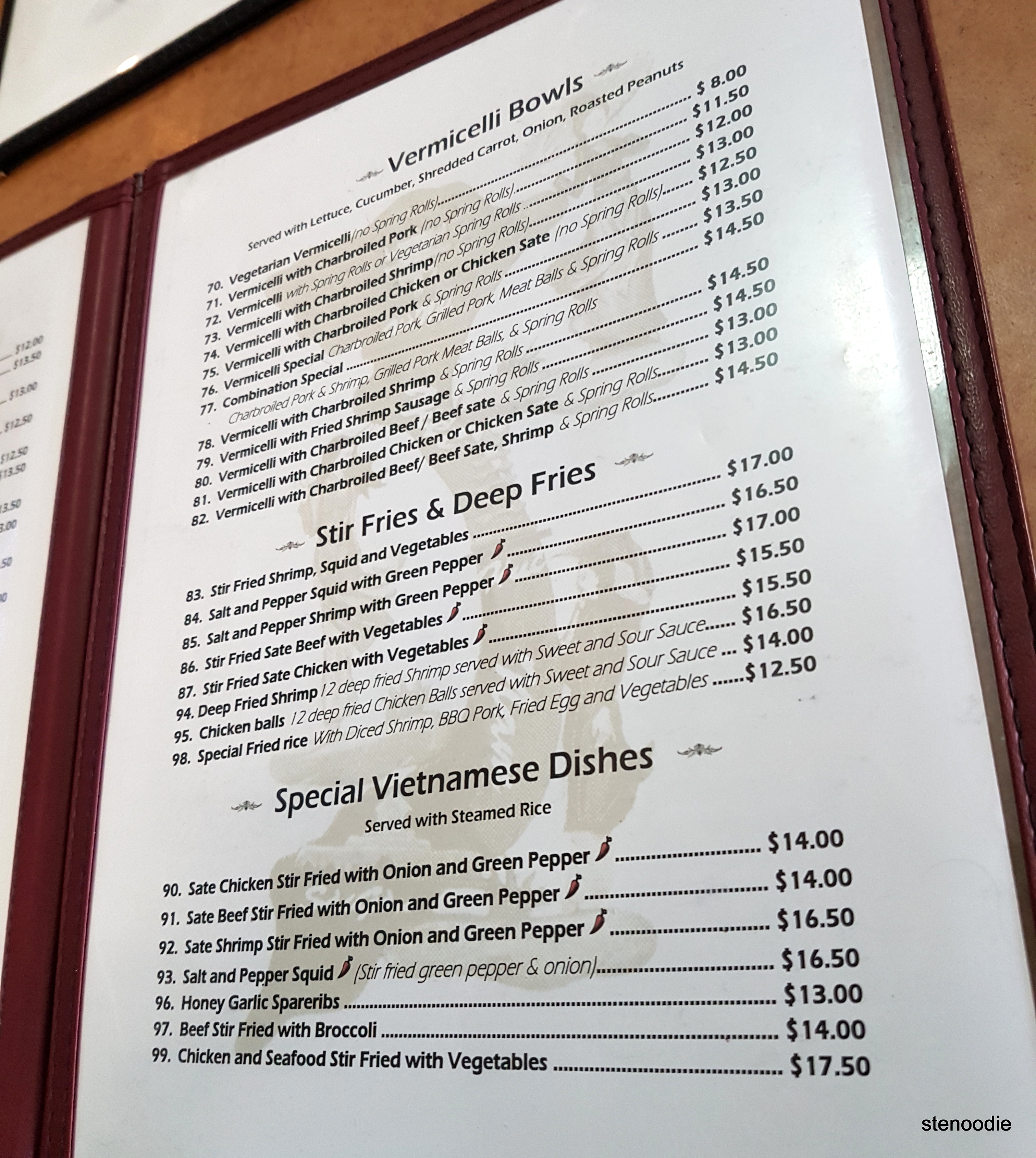 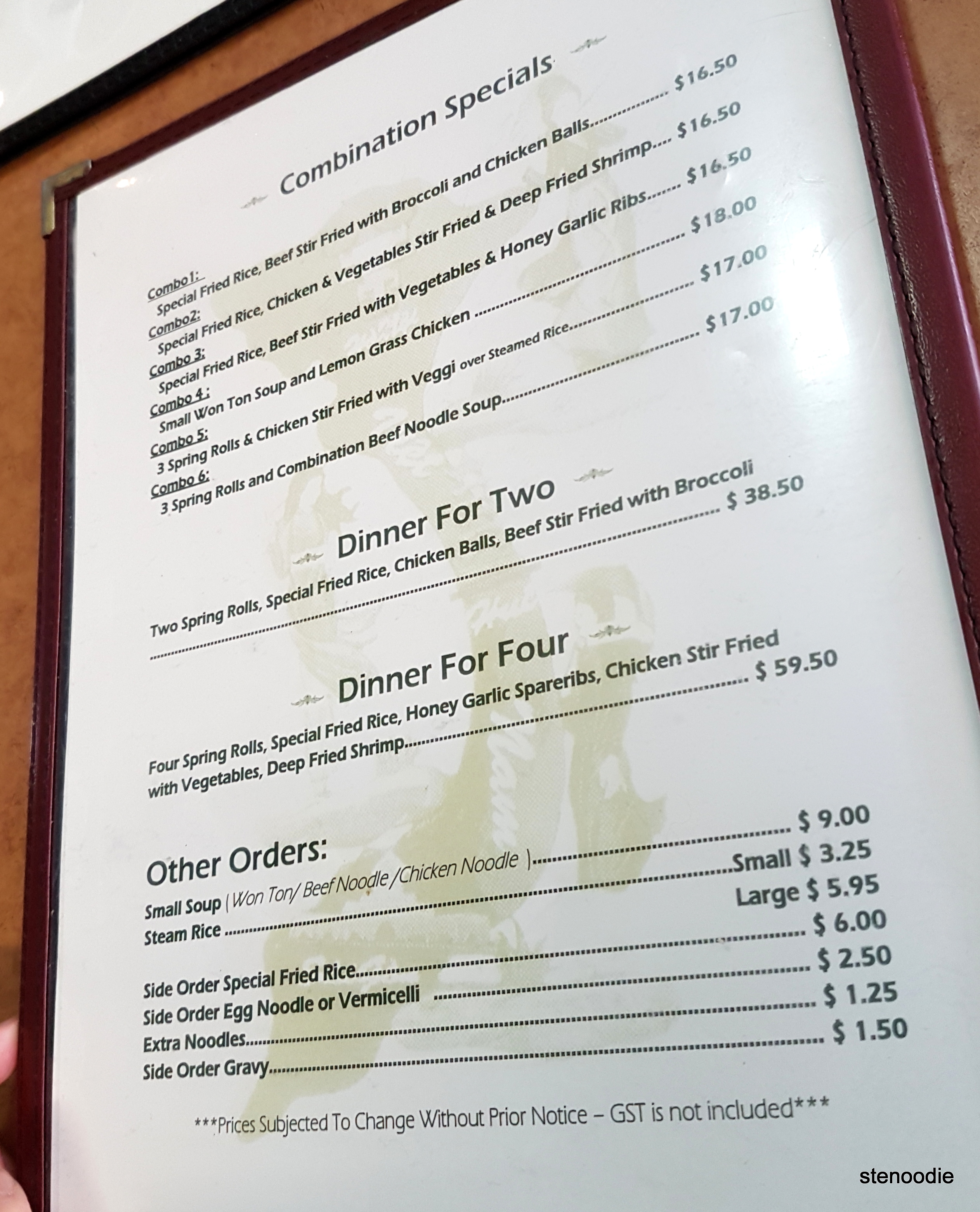 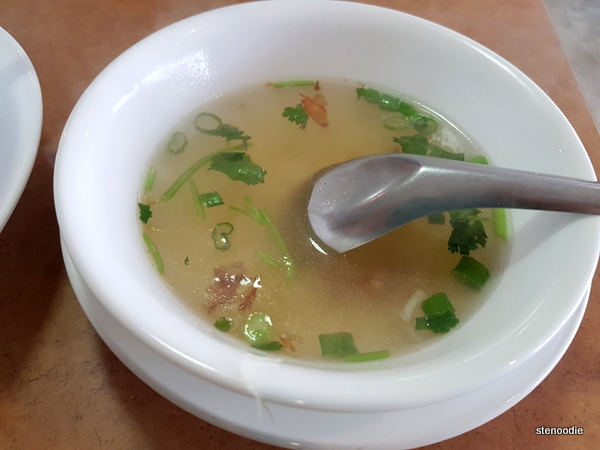 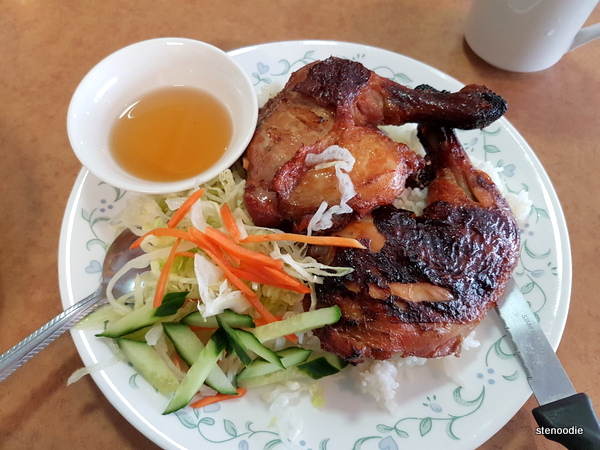 The Beef Noodle Soup had a good broth and it was decent overall.  I’ve had better pho noodles though.  (However, given that we were in Yellowknife of all places, it was rather decent.) 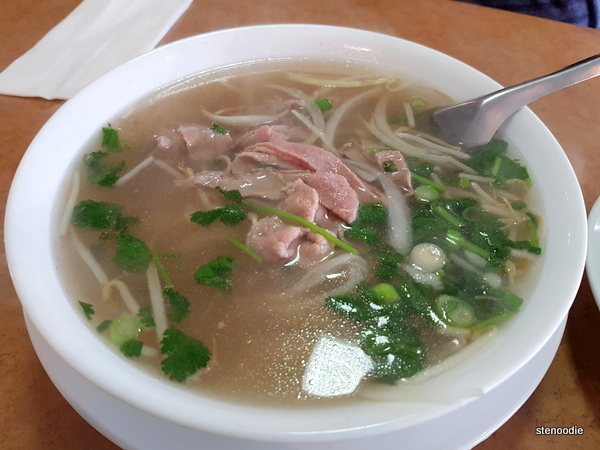 The Vietnamese Salad Roll was all right.  There was barely any shrimp in it and the cha siu pork was kind of bland. 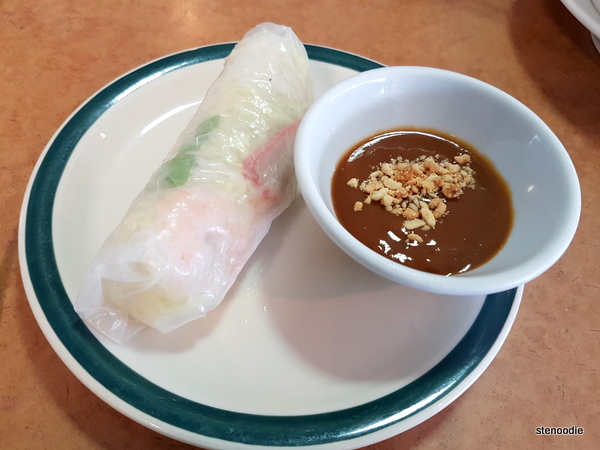 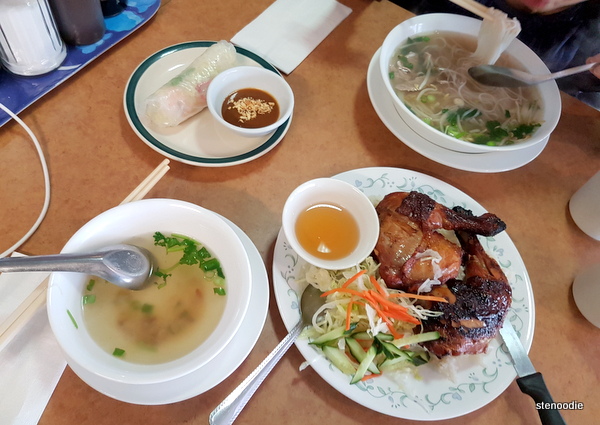 Our hearty first lunch in Yellowknife

The prices here were reasonable.  Now that the minimum wage has gone up in Ontario and food prices all across the land have gone up, the prices here in Yellowknife were high but probably less shocking since Ontario has risen prices too.  Our lunch for two was $35 (which is the same price for lunch in Ontario these days so considering Yellowknife is so far north, it really wasn’t that pricey…).

The service here was fast and straight-to-the-point.