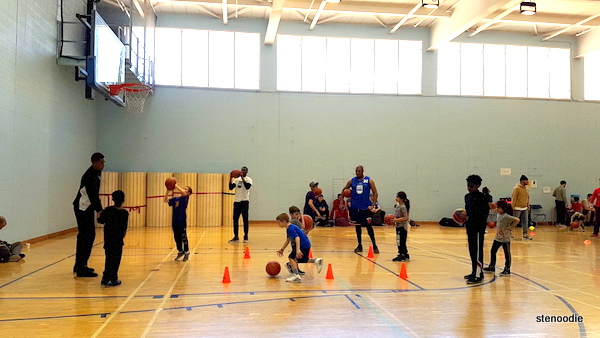 March 24, 2018:  I didn’t even know about Bay Street Hoops Basketball Tournament until Ken forwarded me the e-mail for the volunteer positions.  It’s an annual charity event where money is raised to make sports more accessible to children and youth in Toronto.  From their website:

This year marks the 24th year of Bay Street Hoops.

As one of Toronto’s largest sports-related charity events, the tournament brings together fun, community, and charity to make sports more accessible to children and youth in Toronto.

Since 1995, more than $2.6 million has been raised for children and youth charities in the Toronto area, including over $160,000 in 2017.  Each year we welcome over 1,000 players, spectators and volunteers from Toronto’s leading law and accounting firms, financial services companies, and other corporations, as well as hundreds of spectators and volunteers, attended the tournament and its related events. 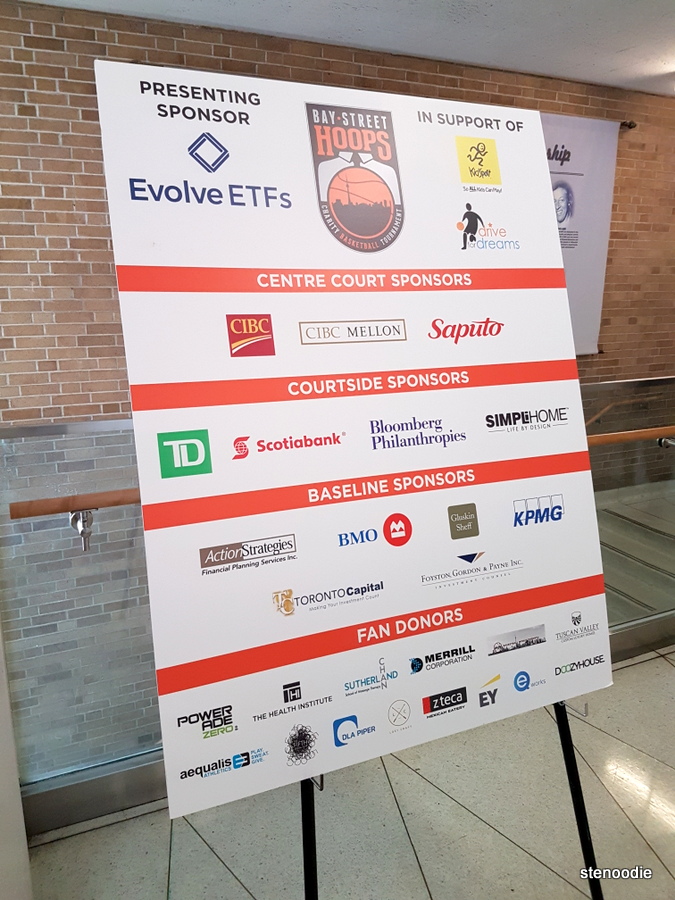 Sponsors for the event

For our role, we volunteered as a ‘generalist’ to help out with whatever odd and end jobs that needed to be filled in order to help the tournament run smoothly.  There were a number of volunteer positions for the Thursday, Friday  and Saturday slots. 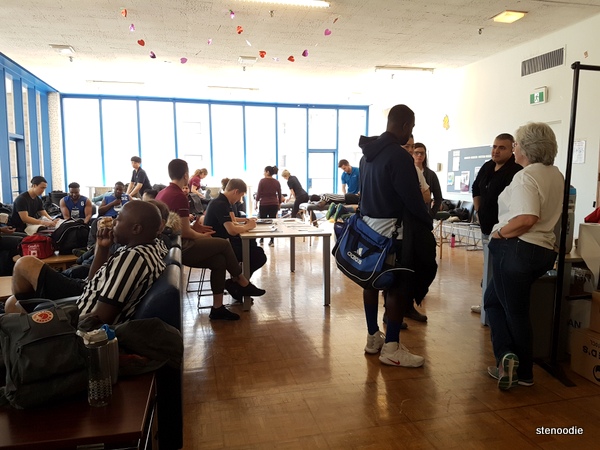 Student lounge for the volunteers, referees, and massages for the players 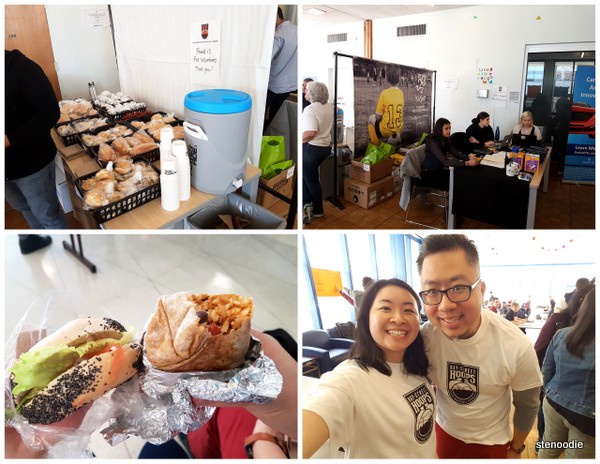 When we arrived at 12 p.m.-ish at the University of Toronto Athletic Centre, we signed in at the student lounge and received our volunteer T-shirts.  Karen, one of the volunteer captains, led us on a brief tour around the facilities to show us the areas we would be running around in, like the Field House.  We were put to work almost immediately by retrieving a bag of ice from the first aid centre.  We helped bring in the food for the volunteers and distributed them to fellow volunteers and referees in the gyms.  Then we enjoyed a quick lunch too before heading to the Bay Street Hoops Kids Clinic (Kids Clinic) which was slated to start at 1 p.m.  (The tournament was running late so we watched the bit of the team play before things were set up for the Kids Clinic.) 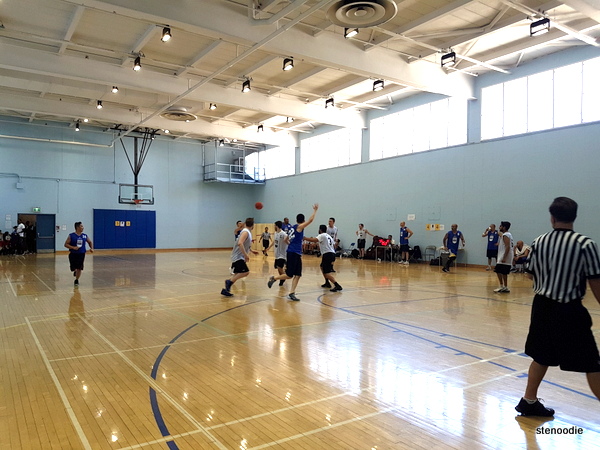 The Kids Clinic was basically an hour where the kids rotated through four stations to learn how to dribble, shoot, pass, and lay-up basketball.  We helped at the booth where parents signed consent forms for their kids’ participation in the Kids Clinic.  It was a really worthy opportunity where kids could experience basketball in a real court (especially if they haven’t had much exposure to it).  It was free of charge and open to any child aged 6 to 12 of the Hoops tournament players!

There were quite a number of kids who showed up with their parents to participate in this.  There was a wide range of ages too, probably from three years old to 12 years old.  We had pamphlets to distribute to the parents who wanted to know more about basketball camps and programs. 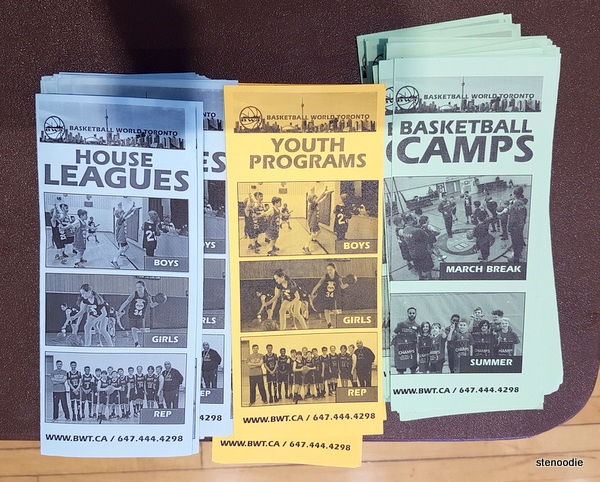 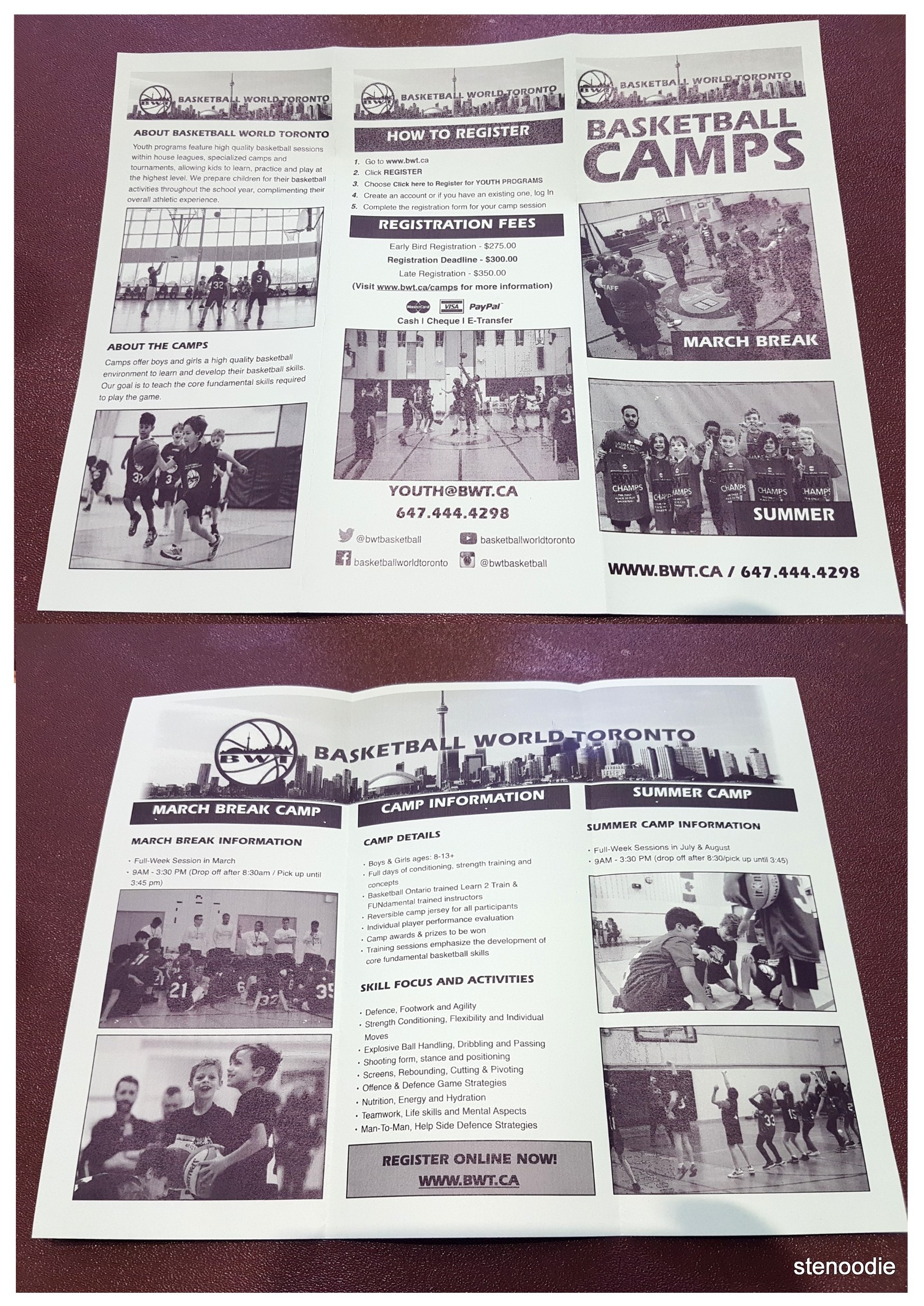 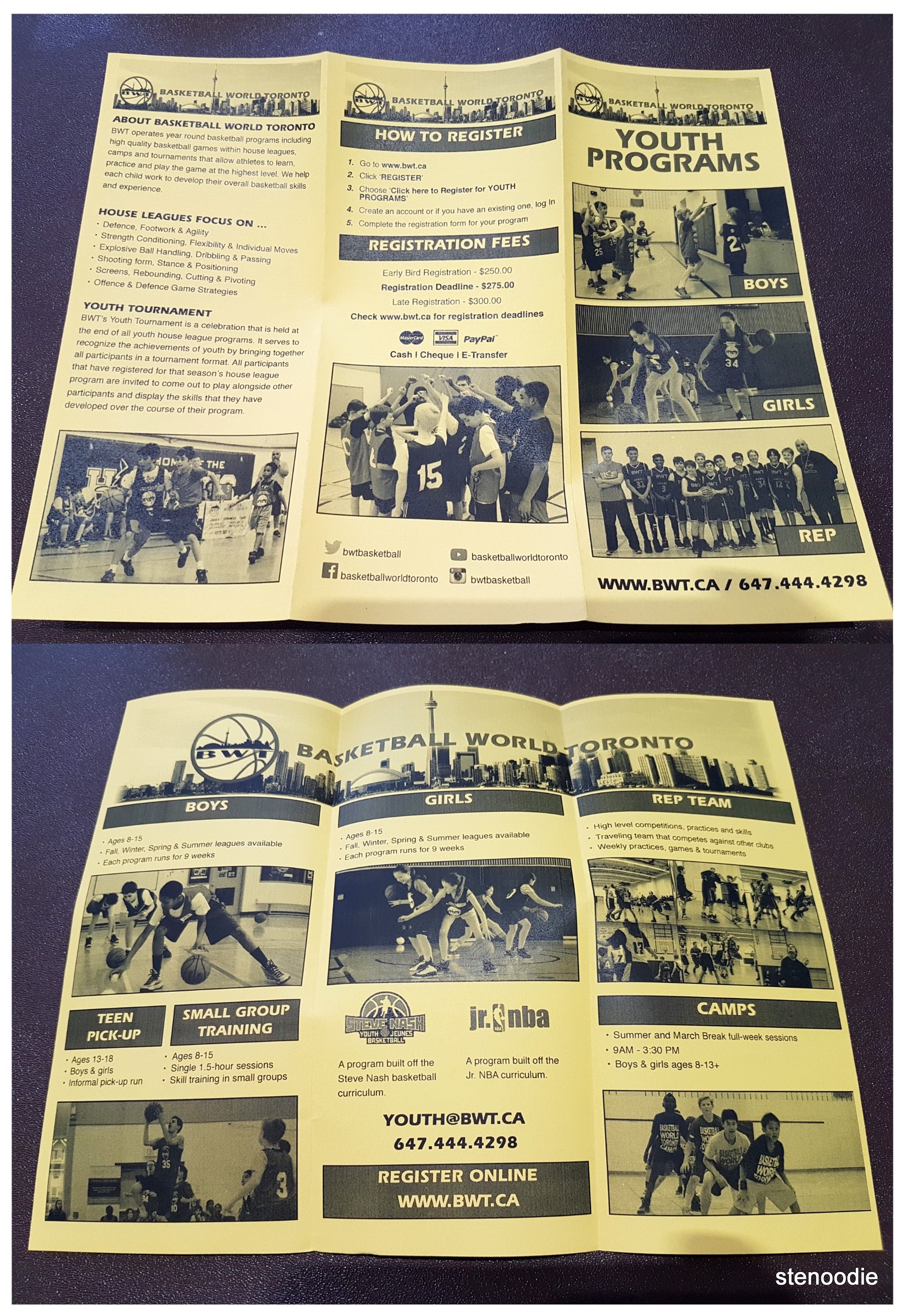 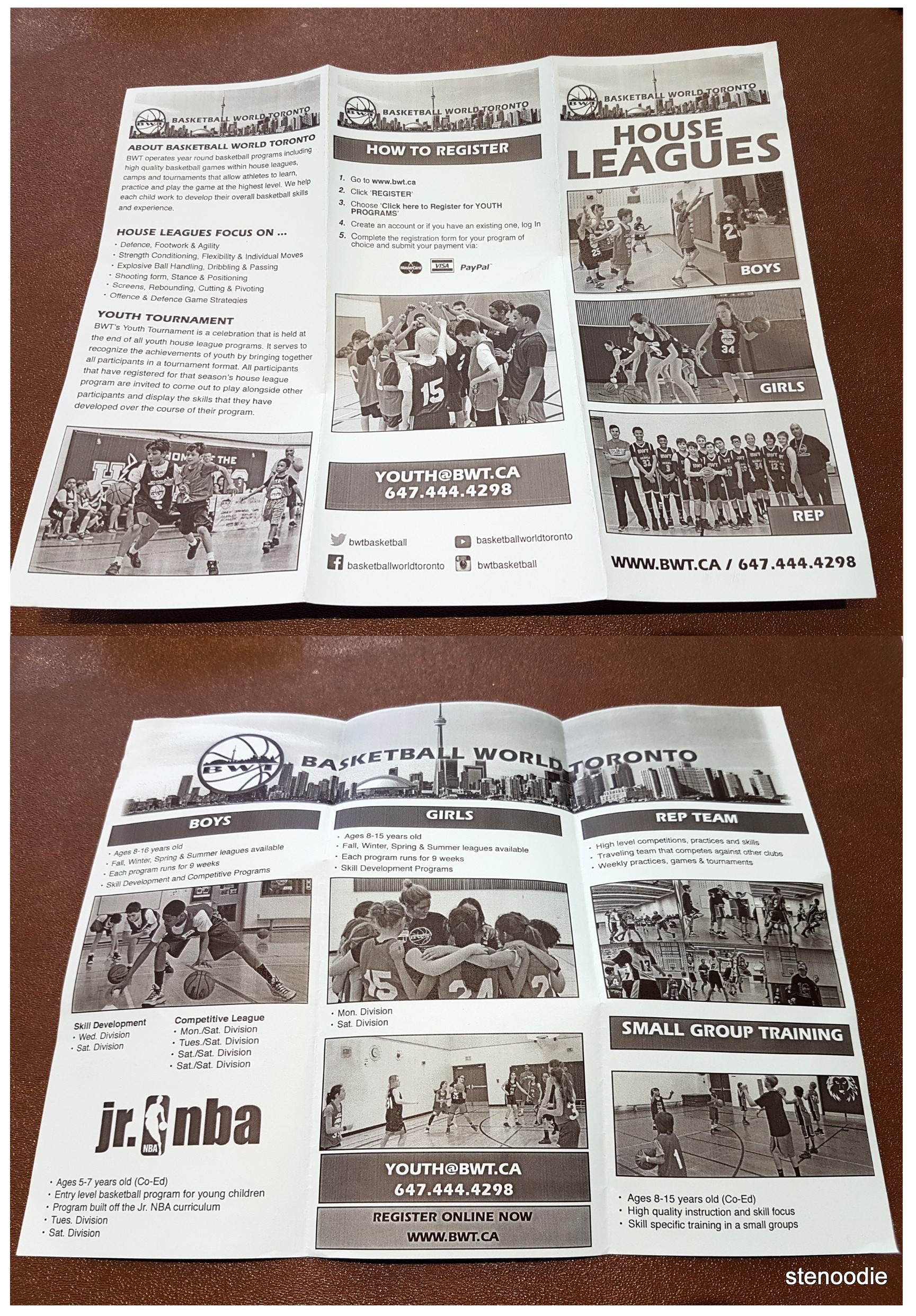 Each station was only three minutes long.  It was fun to watch the kids handle the basketballs at each station. 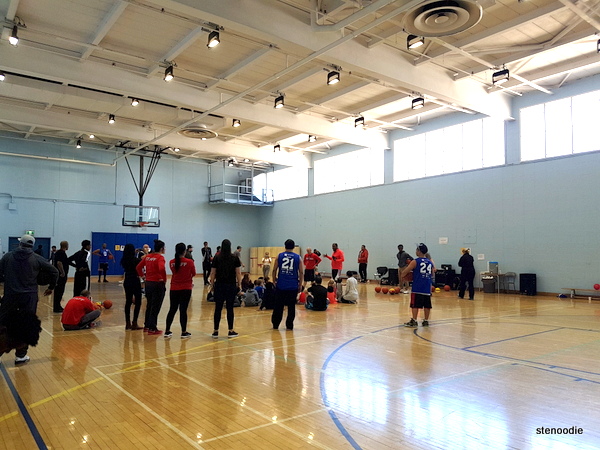 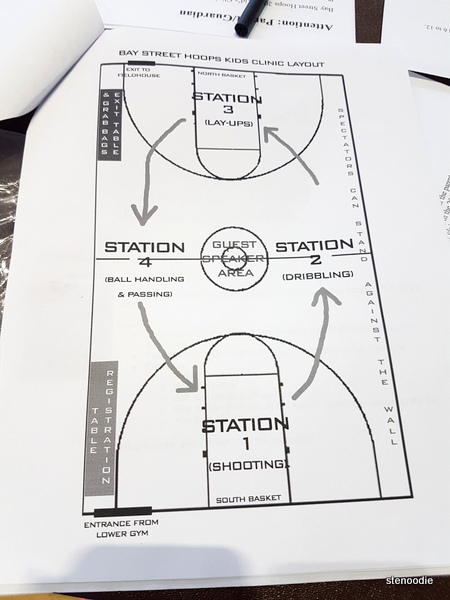 Layout of the Kids Basketball Clinic 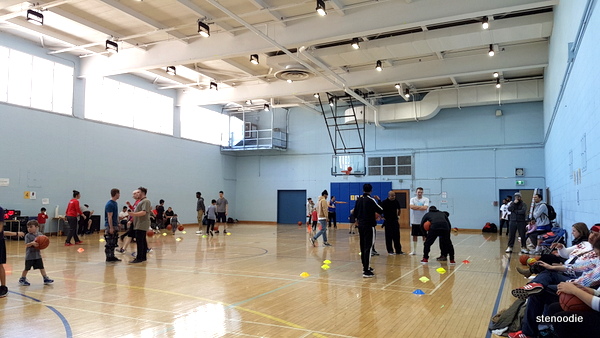 All four stations in action

At the end, they received a free goodie bag to take home too which had a fidget spinner and a free movie pass. 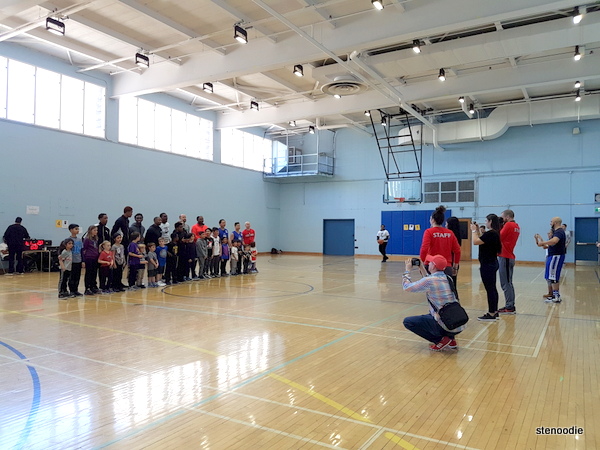 Finishing off with a group photo 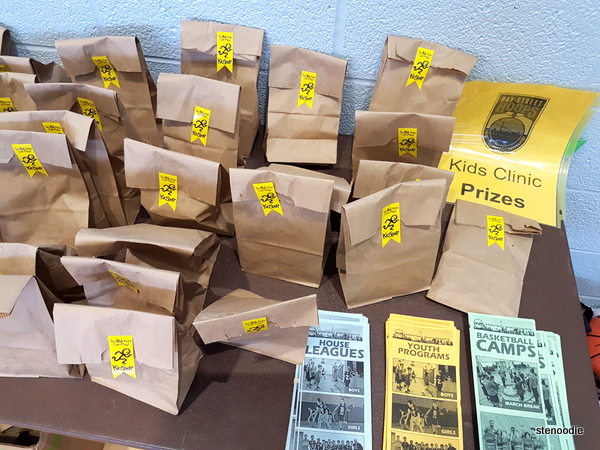 After this, we got back to the lounge and helped to move some miscellaneous items to the truck.

Our job for the day actually completed a lot sooner than we expected although the volunteer shift was actually slated to end at 6 p.m.  It was nice to relax in the student lounge where they had food and snacks and drinks for the volunteers.

It was a really good experience to help out at the Bay Street Hoops Basketball Tournament! 🙂  Thanks to the babe for signing us up!