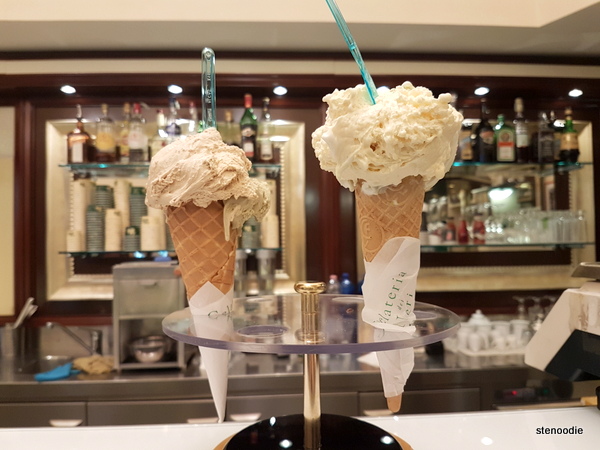 September 9, 2018:  After the salty but tasty Italian sandwiches, I wanted something cold and refreshing.  I spotted a huge line-up outside one of many gelato shops on the street where we were walking and decided to have my sweet treat here.  This gelato shop was called Gelateria dei Neri.

I got a cone this time instead of my usual gelato in a cup.  They had so many flavours here! 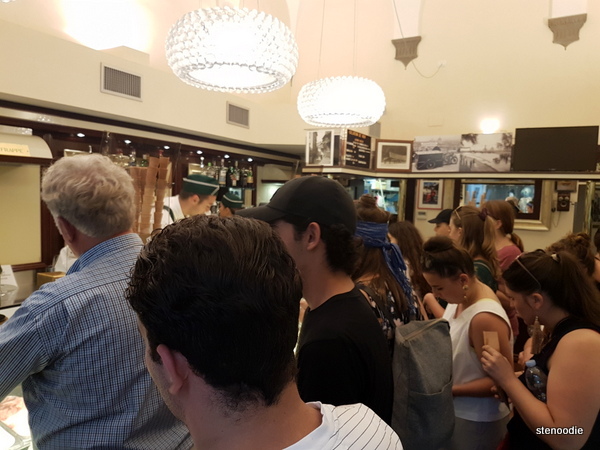 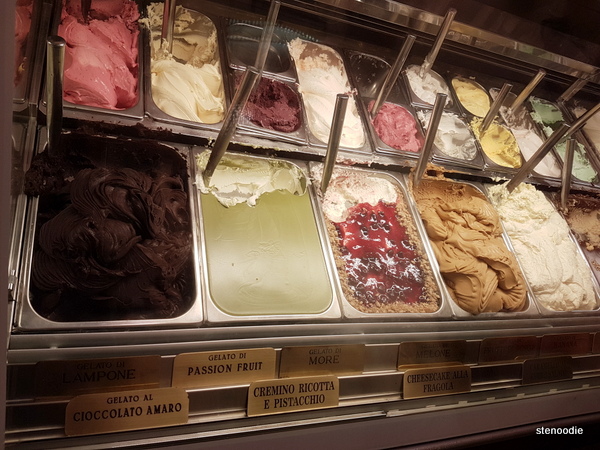 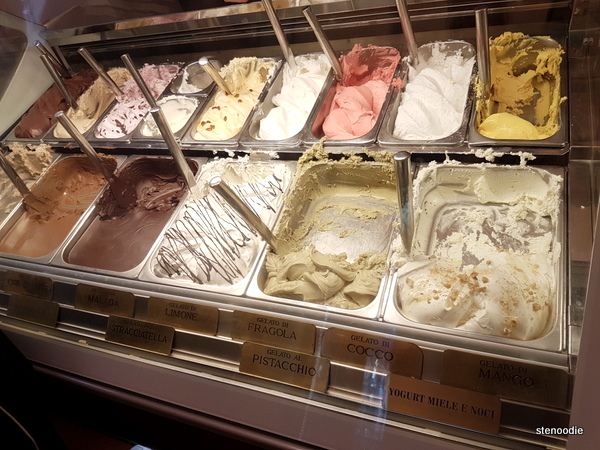 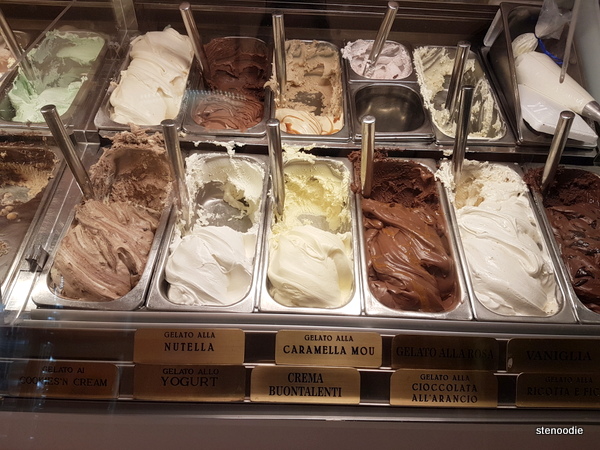 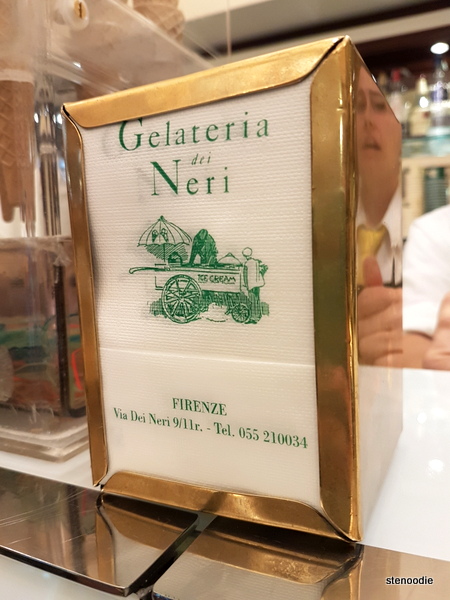 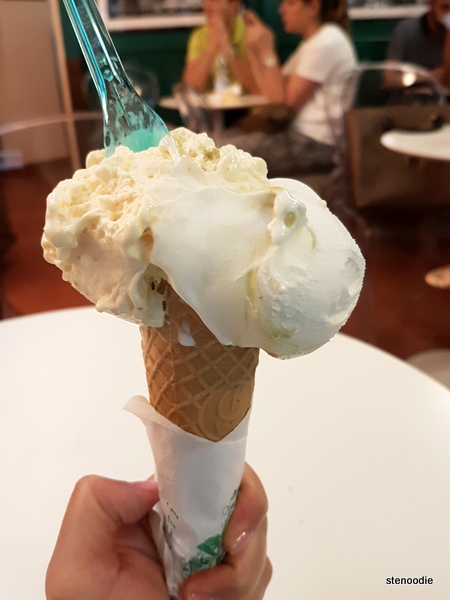 I tried the Ricotta Cheese and Pistachio Gelato (Cremino Ricotta e Pistacchio) with the Rice Gelato (Gelato di riso) on a small cone.  OMG, this rice gelato was amazing!  It almost was like rice pudding (reminded me of the one in New York) but was less dense and tasted good.  The ricotta and pistachio flavours were quite creamy and I tasted more of the ricotta than pistachio.

Ken ordered the Coffee and Pistachio gelatos (Gelato al Pistacchio) on a small waffle cone.  I admired the coffee taste which was perfect.  The pistachio gelato was nutty as well.  The sweetie also got an espresso (get #alltheespressos when in Italy!)

This was the creamiest gelato so far on the trip and which had several unique flavours that were excellent in taste. 😀 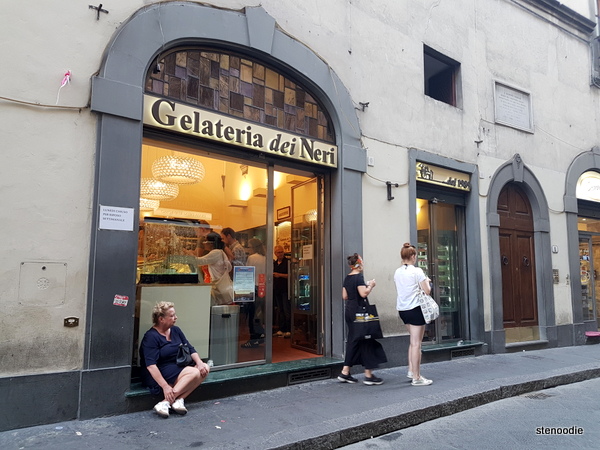