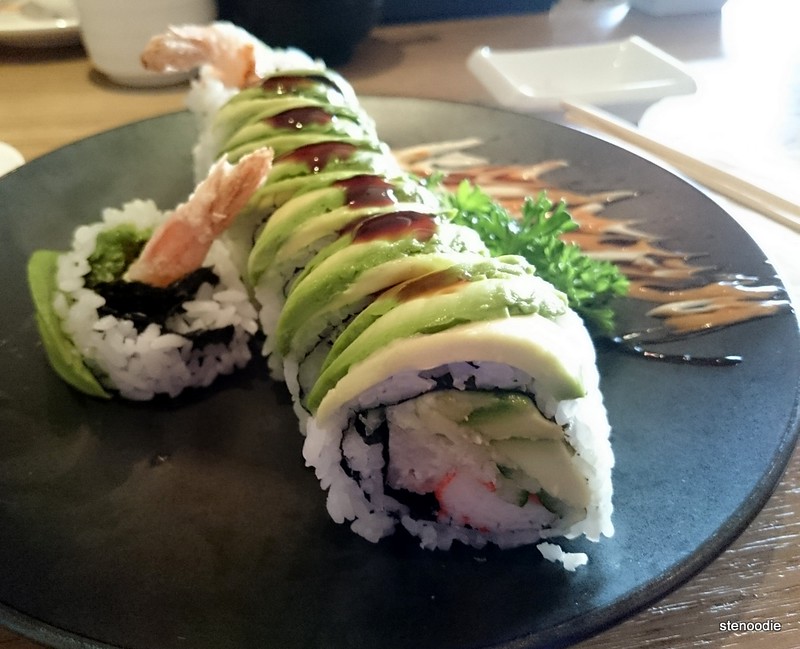 Yellowtail Japanese Restaurant located at 9255 Woodbine Ave #14B in Markham

I was absolutely famished after our 3 hour + trek through the three obstacle course at Treetop Eco-Adventure Park in Oshawa.  By the time we finished, it was almost 3 p.m. and we only had had breakfast beforehand at B&B Cafe that morning at 10 a.m.; thus, a small and quick breakfast followed by a strenuous three hours’ worth of climbing, balancing, and having fun definitely made it time for a good hearty lunch!

Ronny and I decided to go to Yellowtail Japanese Restaurant to try out their lunch.  He had been there for all-you-can-eat sushi dinner before but it was my first time there in general.  I actually didn’t know that Yellowtail Japanese Restaurant served all-you-can-eat sushi until one day I decided to want to come here with a friend to catch up for dinner.  However, since it was only the two of us and we didn’t want to order from their a la carte dinner menu while everyone else around us would be having AYCE, we decided on going next door to Noodle Star instead.  So, this was my first time here (for lunch)! 🙂 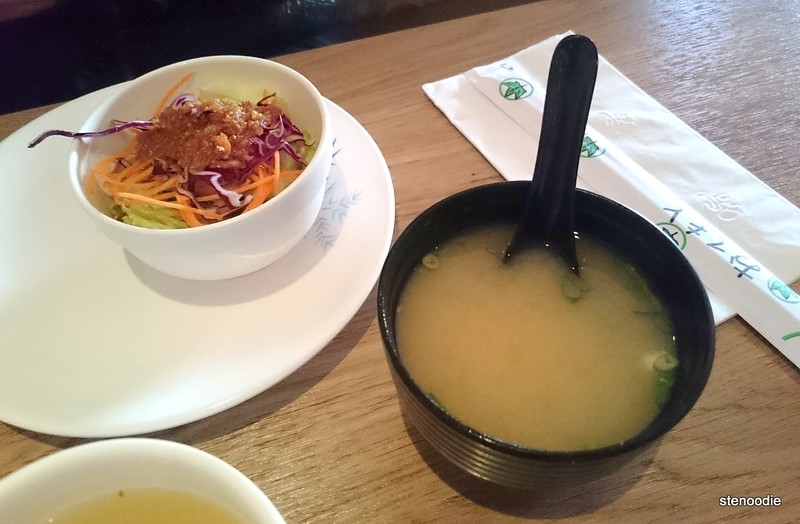 I ordered a Green Dragon Roll for myself.  If they had more elaborate and enticing lunch combo sets, I would have ordered that, but they didn’t have.  The only kind of lunch set they had were bento boxes without sushi in it — I wanted to try their sushi!  Ronny got their salmon teriyaki bento box that was actually really good.  I tried a bit of the salmon — so soft and tender. 🙂 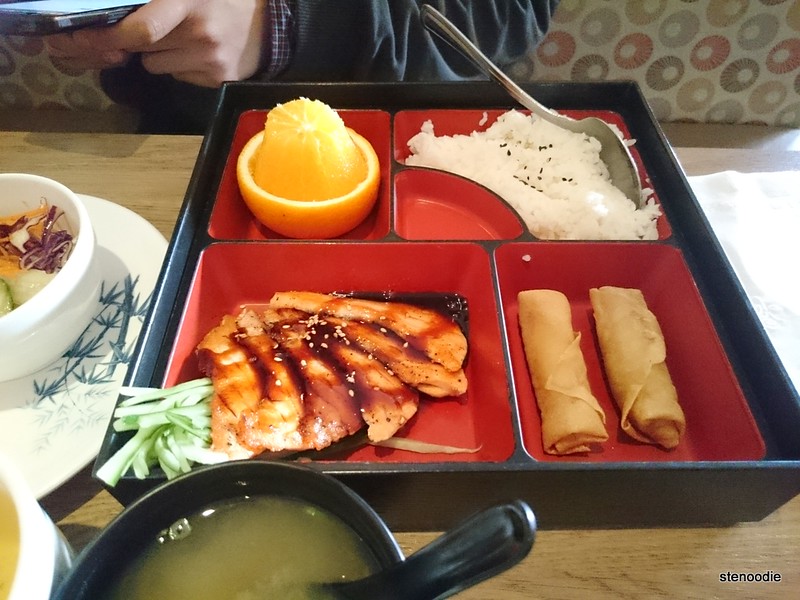 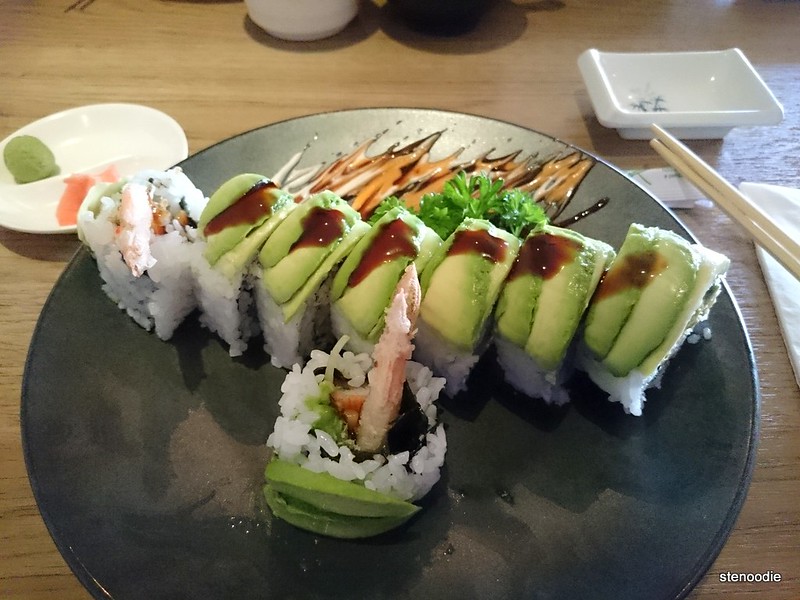 My Green Dragon Roll looked good and it was pretty decent.  It wasn’t exactly splendid or over-the-top amazingly delicious, but it made for a good sushi roll.  I think it wasn’t as flavourful as I would have liked it to be — it was also a bit dry.  I dragged the rolls through the spicy mayo that was provided on the plate as a design for more flavour.  I also thought that this roll was rather pricey at $12.  The roll pieces were big though!  (Big meaning that after you put the whole thing into your mouth, you have to chew for a bit before you can talk without looking like a chipmunk XD). 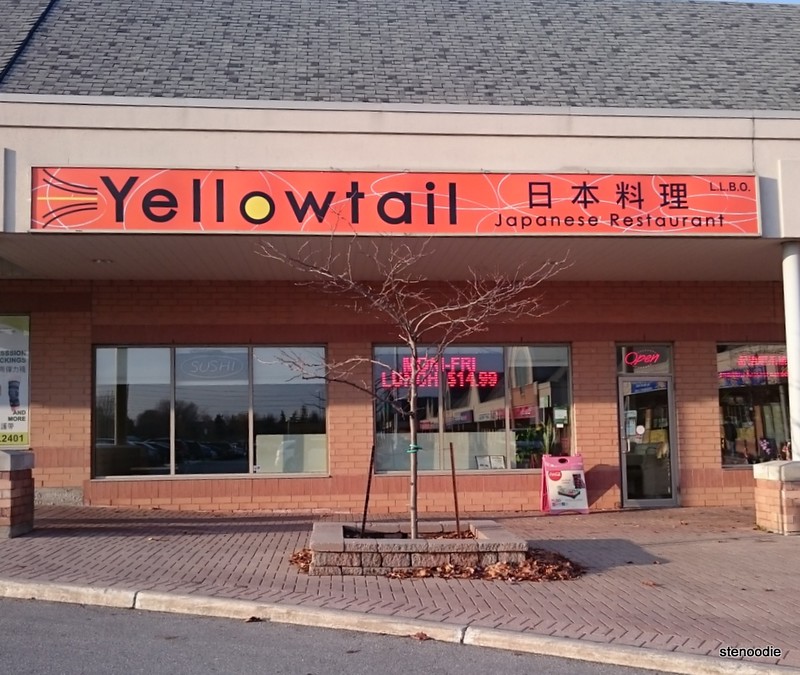 I’d love to come back again in the future to really try out their restaurant, i.e. Their all-you-can-eat selection, since trying one roll and a bite of their salmon teriyaki really doesn’t do this restaurant that much justice.

Since we were here at an odd lunch time hour in the afternoon, we were the only ones in the restaurant and the service was quick.  A lady was working there as the only server at this time.