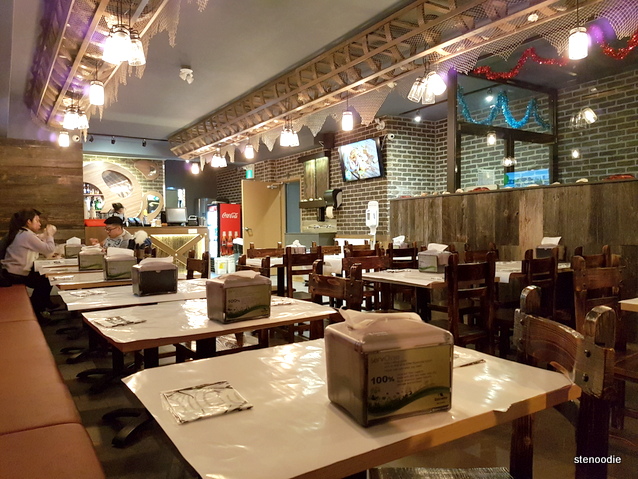 The Boil Bar located at 442 Bloor St W in Toronto

The last stop of our restaurant hopping tour was to The Boil Bar at the Annex.  We’ve been talking about visiting so that Ken could try the deep fried soft shell crab cocktail for a while and after walking on Bloor Street West and noticing that the second location of The Boil Bar was here, we stopped in to try it.

It was a little quiet here on a Saturday night after 8 p.m. but the servers were incredibly nice and accommodating from beginning to end.  I have been to The Boil Bar previously which is blogged here and here.  This was my first visit to this Bloor Street West location though.  It was a little smaller than the Yonge Street location but had a downstairs dining area for overflow of customers if necessary.  (Their washroom was nautical themed as well and there was also a really cool transparent display of shells and sand on the floor too.)

There was an iPad provided for ordering our food which was very neat and unique from the other location.

We simply ordered the Deep Fried Soft Shell Crab Caesar (you could choose the Mojito version too) and an order of Deep Fried Chicken Wings.  We were really here just for the cool cocktail and not to have seafood boil — we had both tried that before.

It didn’t take too long for the drink and food arrive.  The Deep Fried Soft Shell Crab Caesar is truly one of the most unique cocktails out there with an entire soft shell crab on top of it and fitted with two shrimps, celery, and olives for eyes.  It was cute as well as edible.  The Caesar was strong too but tasted good.  Ken enjoyed it. 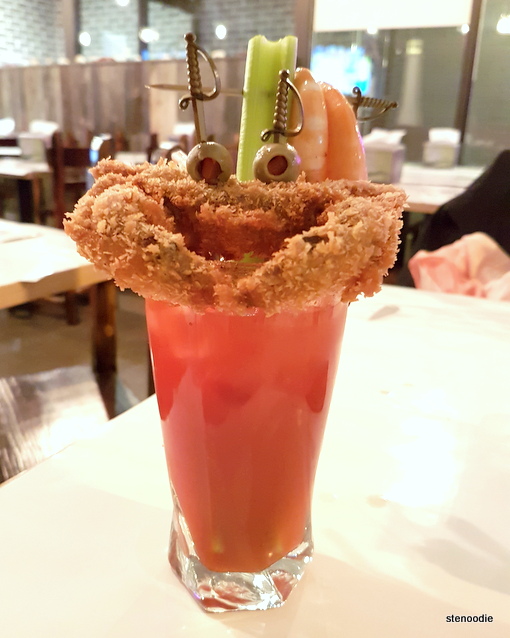 The Deep Fried Chicken Wings were small in size — there were 3 drumsticks and 3 wings — but nicely fried and seasoned.  Yummy. 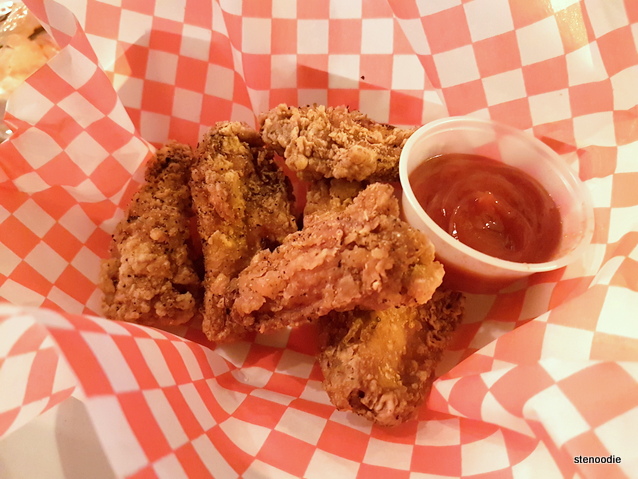 Currently, at the time of writing, there’s a Boil Bar Groupon deal that has been quite popular for people to try out the popular Cajun-style seafood boils.  I hope that The Boil Bar stays alive in their business! 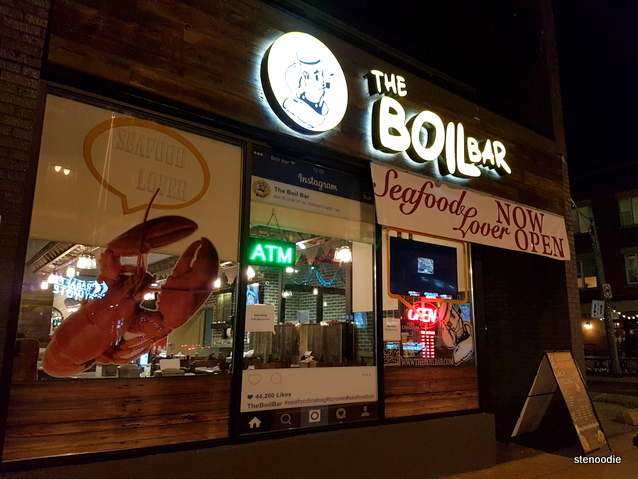 The Boil Bar storefront at its Bloor location