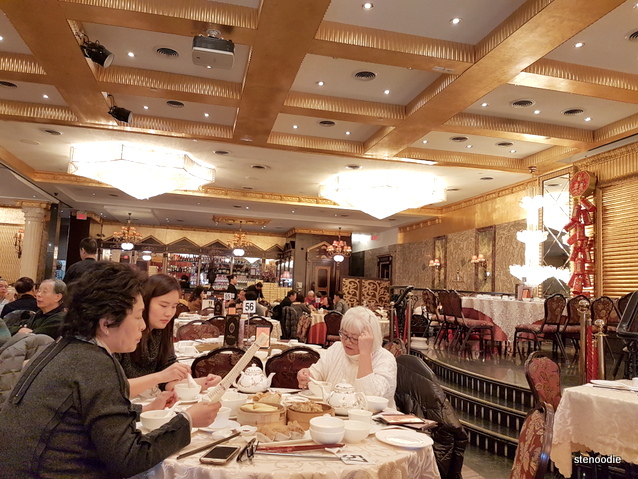 On a rather warm afternoon, I had dim sum with Eric to catch up.  We went to Casa Victoria as he knew the owner who provided us with a VIP 10% off discount.

I had been to Casa Victoria in the past for a dinner banquet and perhaps dim sum but it had been such a long time that it was obviously a pre-blog outing and I don’t recall my last visit here.  The Chinese restaurant was busier than I expected for a noon time weekday but still you could choose almost any table you wanted to since it was a work day.  Casa Victoria is known mostly for its lavish-looking interior and is fit for weddings, special events, and more. 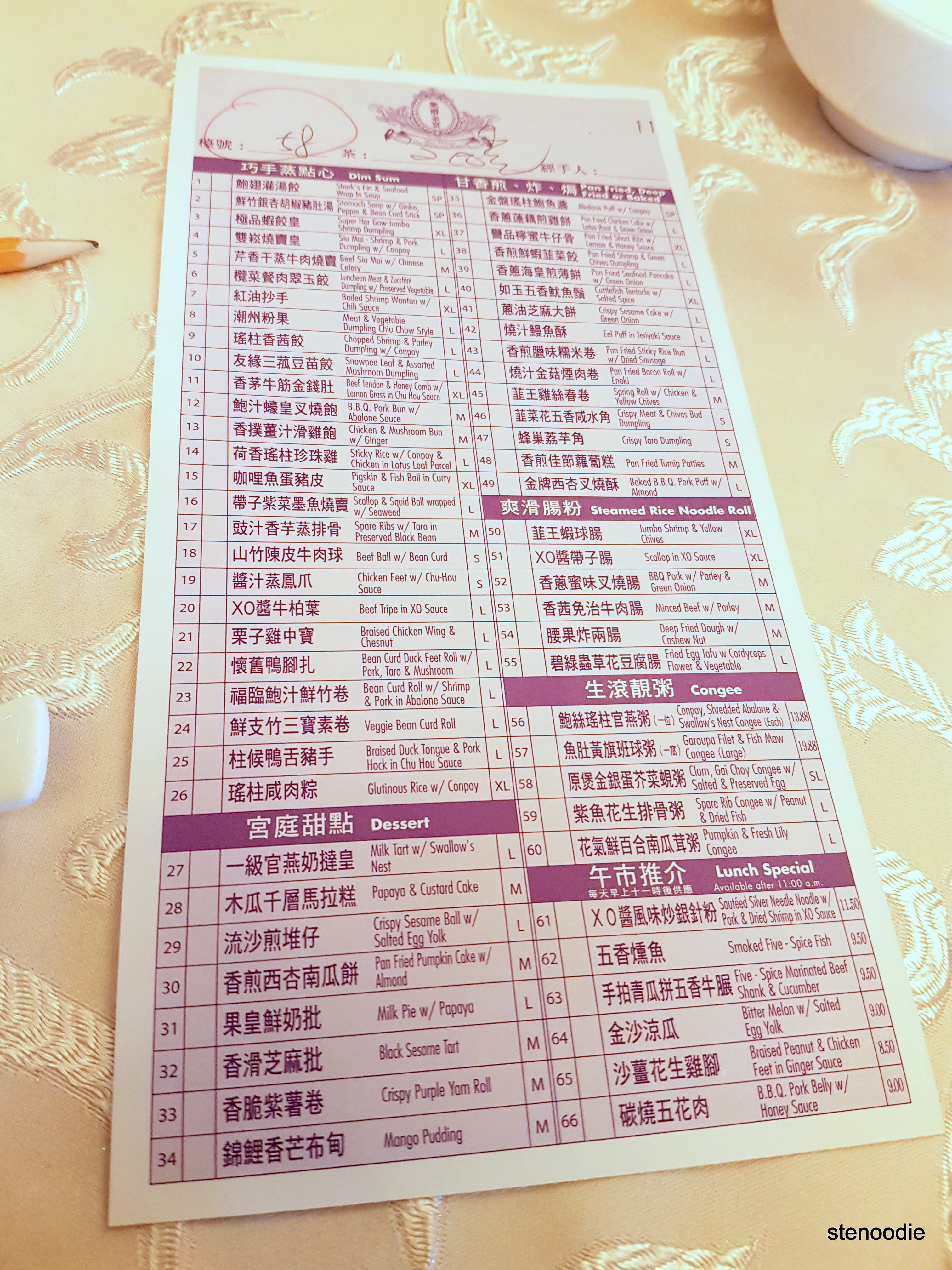 We ordered six items to share.  The food was decent but definitely pricier than most dim sum restaurants.  After all, Casa Victoria is a higher price point for dim sum than the common Chinese restaurants.  Their higher end quality was reflected in the service staff here as after the food were served, the servers stood around professionally to make sure that they were ready to take on and serve any guests if needed.

Here’s what we ordered:

The Pan Fried Turnip Patties were quite good and pure turnip with bits of meat.  I enjoyed this one. 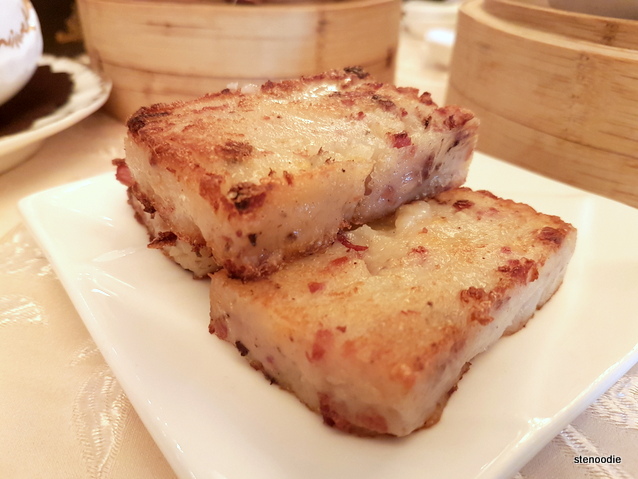 Eric ordered this one as I am not a fan of beef balls in dim sum style.  Thus, I didn’t try it at all. 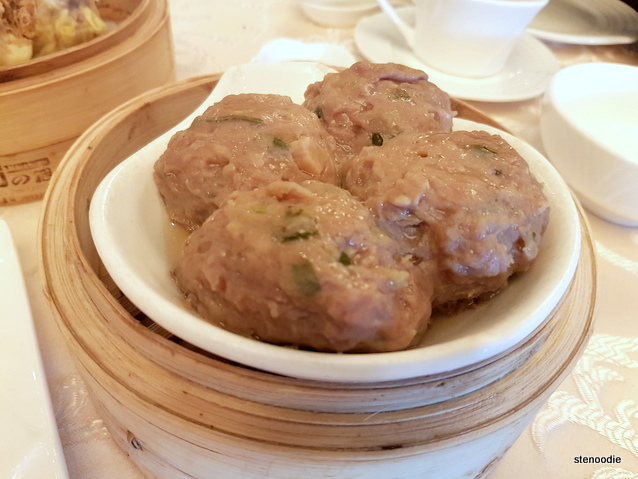 The Siu Mai were big and meaty and didn’t seem to contain too much extra fatty deposits like some other dumplings are. 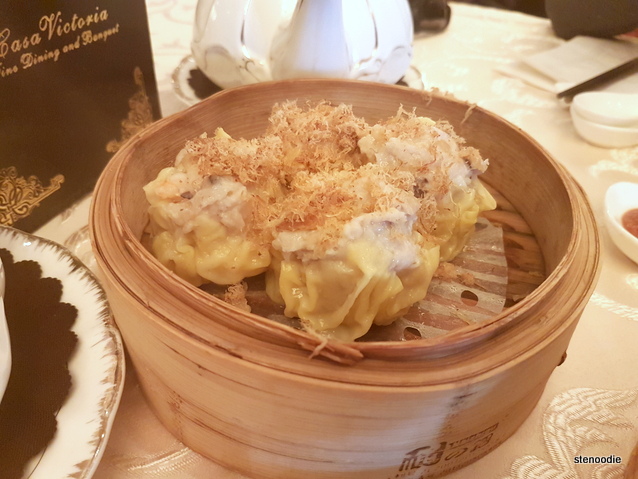 This Chiu Chow dumpling was so-so. 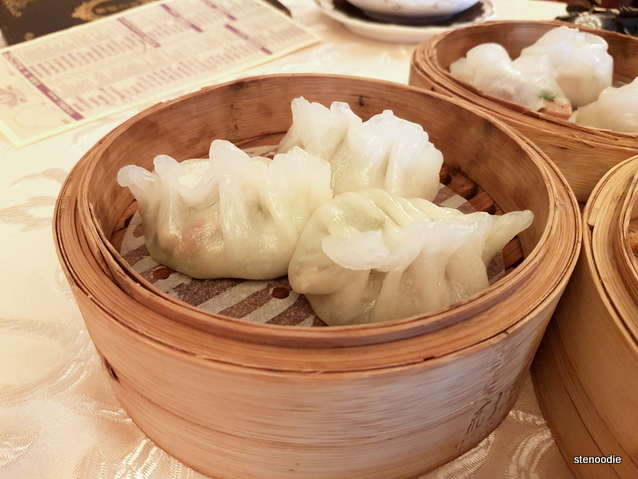 The Luncheon Meat & Zucchini Dumpling with Preserved Vegetable was a unique dim sum and hence the reason I picked it.  It was interesting with luncheon meat and zucchini as filling but wasn’t too spectacular otherwise. 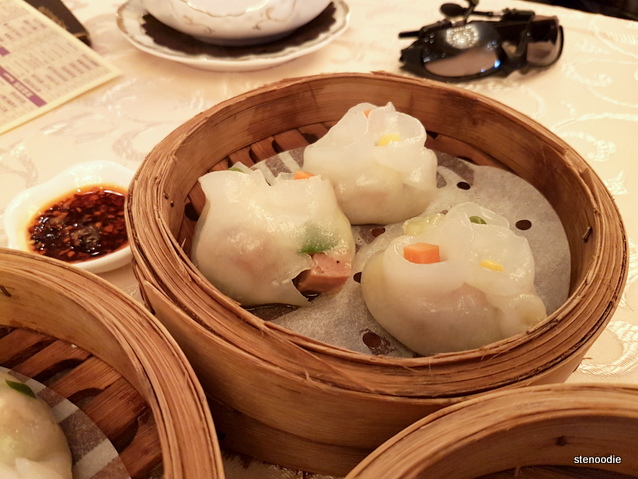 This Braised Chicken Wings & Chestnut also stood out to me since it’s not something I’ve seen on other dim sum menus.  Although the braised chicken wings were very tender and juicy, it didn’t taste of chestnut at all.  There were just two chestnuts and some chopped up mushrooms. 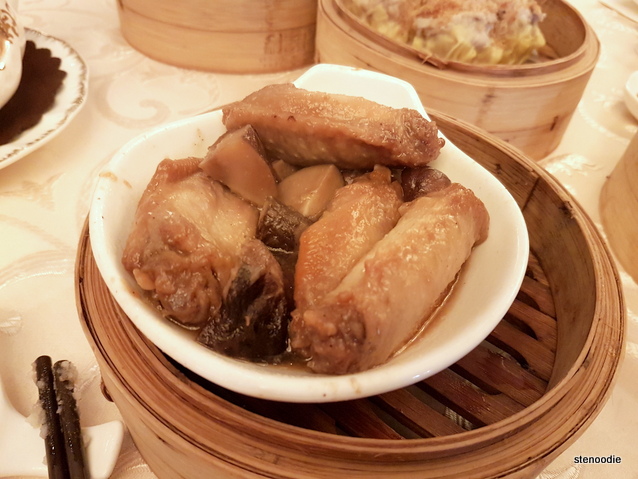 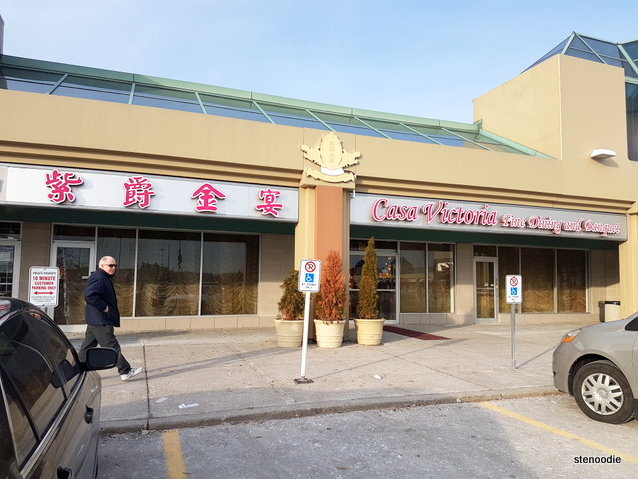 It’s located on the intersection of Highway 7 and Warden

We chatted for a long time until around 3 p.m. at which time the staff were slowly clearing up the dim sum tables and preparing for their dinner service.  They didn’t rush us out or anything because there were still plenty other tables finishing their dim sum.  Casa Victoria was definitely a higher end dim sum meal as we split $17 each after taxes and tip.