Playing an Escape Game at Trapped in Markham! 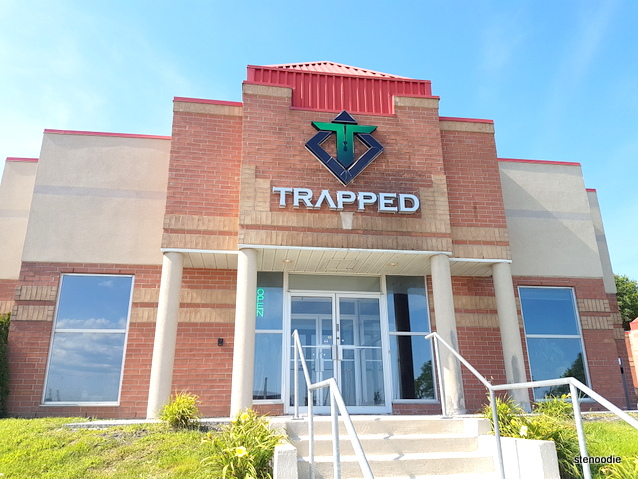 Even though Trapped is located so close to me, this was my first time going there to play an escape game.  We were looking for an escape game that we hadn’t been to yet and this one was on my radar since I had heard about it through social media.  I looked up the escape room themes that they had on their website and it appeared that the Death Note room and another one seemed the most fitting for us since we had four people (Death Note was for 2 to 6 people).  Their website said that if you booked online ahead time, we would save on the cost (its regular price was $28 and after booking it online, it was just $25 per person).  The booking page was straight-forward and I received a confirmation e-mail immediately to confirm our spot.

I was really excited to play this escape game at Trapped! 😀

We got there for our 4:30 p.m. game right before the start time and the staff at the front desk were already assisting my friends with their sign-in.  The staff informed us that if we posted a photo of their logo on Instagram, Facebook, or Twitter with the appropriate tag and hashtag, then we could receive a free membership card that was usable for future games.  This was a free promotion so we did it.  Then we signed in and a Game master explained some basic rules to us.  We left our belongings in a locker.

Then we were given blindfolds to wear and guided into a room off the side of the front desk where our Death Note game was (the game did have links to the Japanese anime of the same name).  After explaining to us the premise of the story and further reiterating the rules of the game, our one-hour game began.  Our goal was to escape the room!

Obviously I’m not going to tell you what happened in the room but I enjoyed playing it.  This was my first time playing a single-room escape game in a long time — I’ve only played multi-room games after a handful of single-room ones.  I have to say that I was still impressed and challenged with the game.  The puzzles were quite hard!  However, it also didn’t have any high-tech aspects that some other escape game rooms have nowadays. 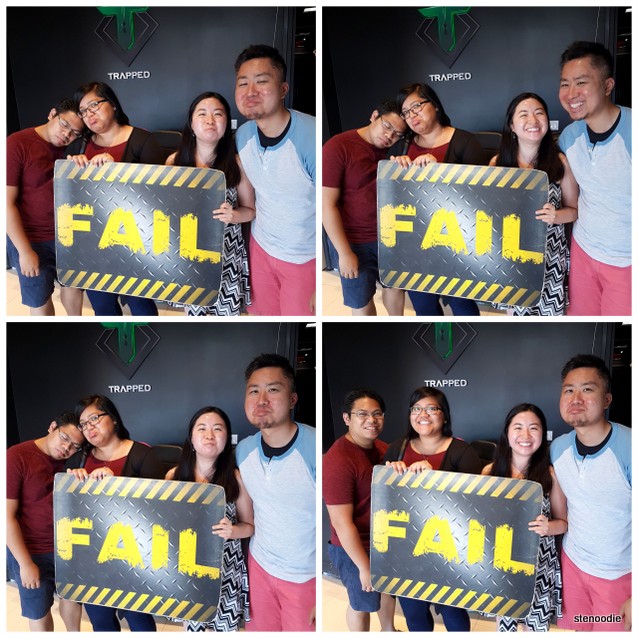 We weren’t able to escape in the one-hour time frame and when one of the staff members came in to reveal the rest of the hints and how to escape, it turned out that we were just two clues or so away from escaping.  The clues were very clever but it all made sense.  Apparently, all of the escape rooms at Trapped only had a 4.8 percent escape rate (or 1 in every 20 groups).

After we left the room, we gathered our belongings and did a “punishment” photo for being unable to escape from the room.  We also received our free drink (cranberry apple juice).

This was a fun game and I’m glad I got to try a game at Trapped.  Since we have the membership card now, I wouldn’t mind returning again but preferably only if the other games in the establishment are multi-rooms — they’re more fun.  Otherwise, I would rather look towards the other games that involve high-tech elements.  In any case, it was still a solid and fun game.  (Also, the room didn’t seem to have any air ventilation so it was quite stuffy and warm in there with the four of us.)

Trapped also has other locations across Canada in Montreal and Halifax (and many other cities) too!

2 Responses to Playing an Escape Game at Trapped in Markham!