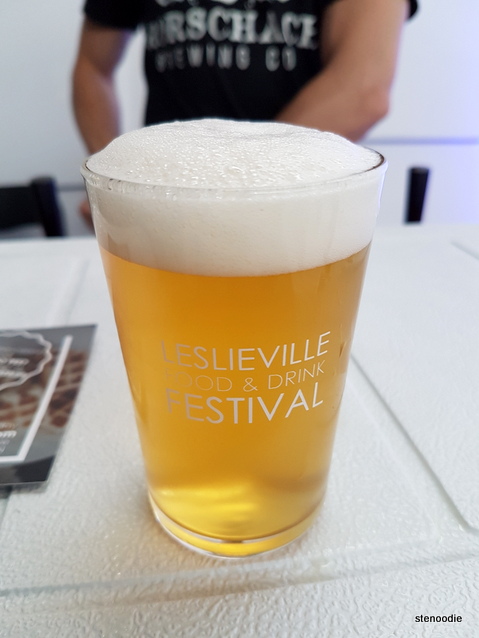 May 6, 2017:  I had been very lucky in the month of April and May this year where I won several contests on Instagram which allowed me to attend a handful of events for free.  Yay! 😀

One of the events was this Leslieville Food & Drink Festival held at District 28.  When I entered the contest, I really didn’t expect to win (like most people; right?) and when Diana, the Instagrammer who held the contest informed me of the prize, I was happy to attend to see what this food festival was all about.

The contest on Instagram informed me that I had won “two pairs (2) of VIP tickets (early admission + 5 tasting tickets)” to the Leslieville Food & Drink Festival.  I was excited about this because not only was admission free for us but we would receive tasting tickets too for the food and drinks. 🙂

After my Silo 13 media tasting event, Ken and I headed to the east side of Toronto where District 28 (28 Logan Avenue) was.  I had previously been to District 28 before for the Silver Spoons event back in 2016 and was familiar with the venue already. 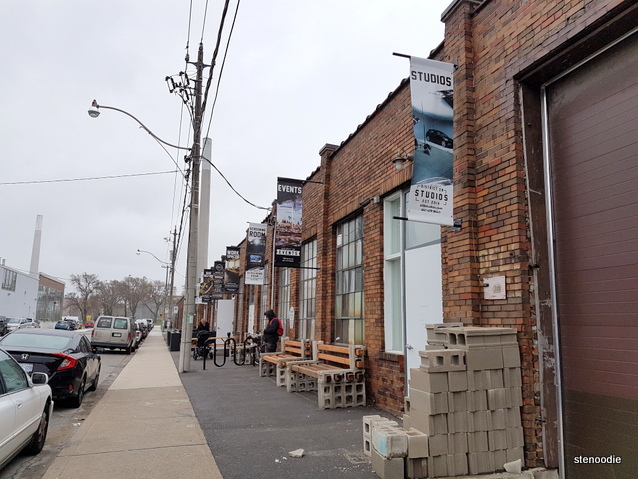 Screenshot of the contest page

The Leslieville Food & Drink Festival was scheduled from 3 to 11 p.m.  As we arrived there at close to 5 p.m., the event was obviously already in full swing.  We entered the entrance, I presented my name to the ladies at the host table, and informed them that I had won a pair of admission tickets.

I had my phone in my hand to show them the contest page (in case there was a discrepancy or confusion about my prize).

We each received a ‘complimentary’ drink glass for the event to hold our drinks (like other events we’ve been to now — like the Food & Wine Expo or Brewers Plate).

It was a very underwhelming event.  Although there were lots of people milling about, it didn’t seem like a very friendly or relaxed event.  The mood was very uptight and whenever we passed by vendors, they barely smiled or seemed enthusiastic about us.  In all, the entire mood was very snobby.  “Snobby” was the key word I would use to describe the entire event actually. 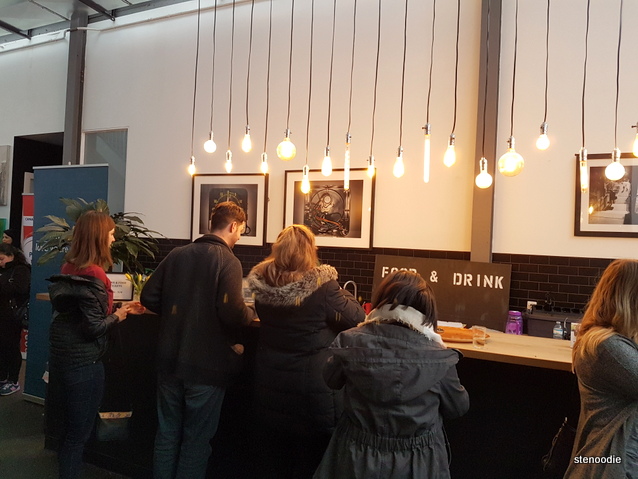 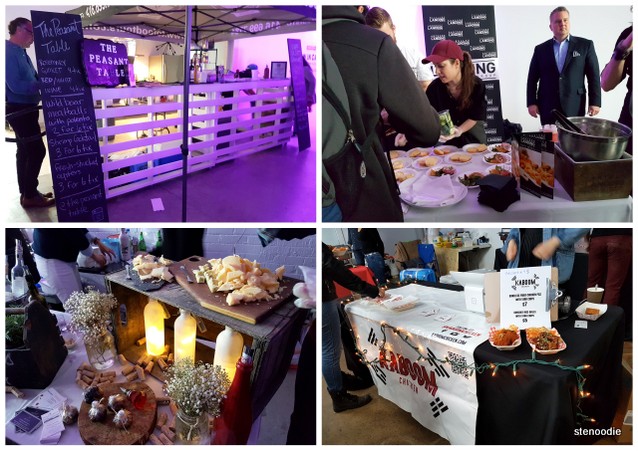 Some shots of the vendors that were at the festival 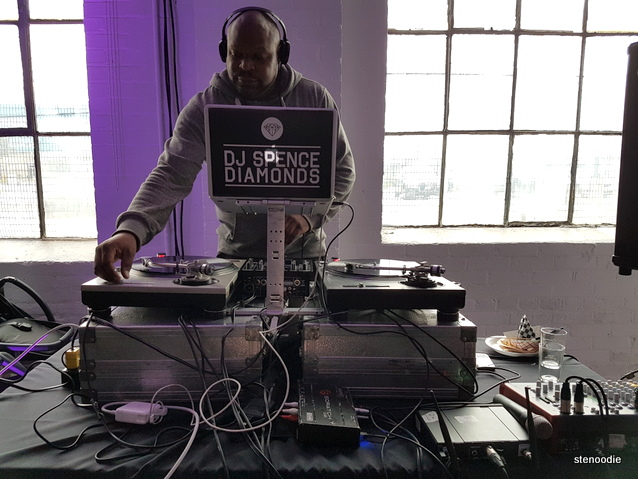 As we approached the vendors to see what they were selling, we did encounter one vendor who gave away free food items.  However, it didn’t seem like Leaf + Bone had enough samples to go around and once they were done, there would be no more — sort of like a first-come-first-serve thing.  Thus, Ken and I shared the one taco and their cookie.  It was so-so. 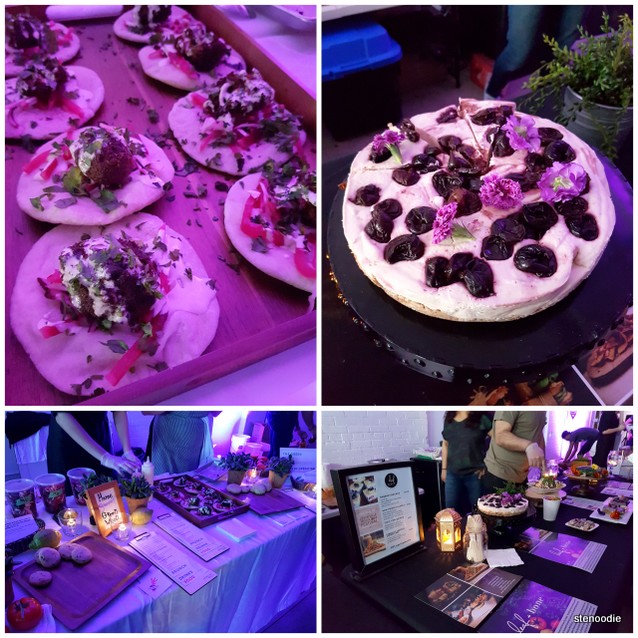 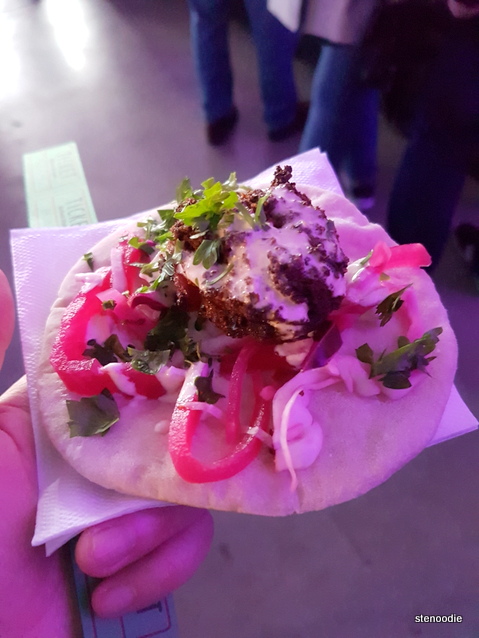 Then because I was actually upset that Ken that day, we ended up getting a chicken skewer from Nemo’s Butcher Shop.  I was looking at it with curiosity.  The chicken skewer wasn’t very good in fact…  If it weren’t for the fact that Ken was trying to cheer me up, I don’t think we would have bought that with our tickets.  XD.  I think it was three tickets’ worth or something.  We could have spent our precious five tickets on something else.  Thanks babe for trying.  I appreciated it. 😛 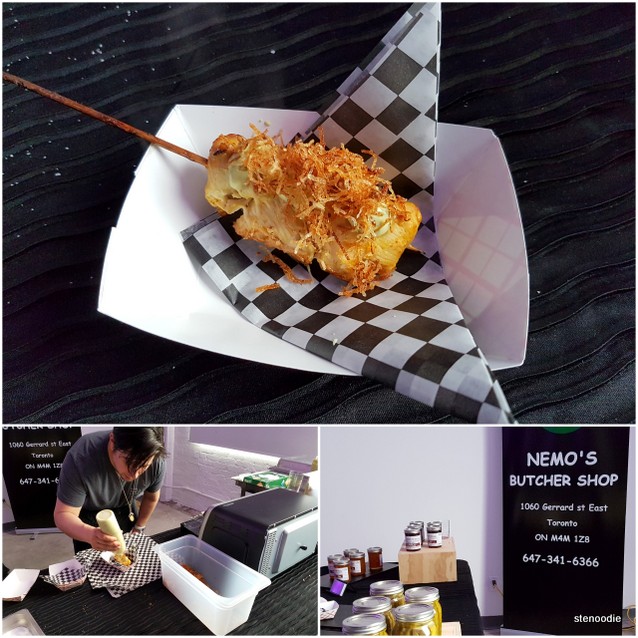 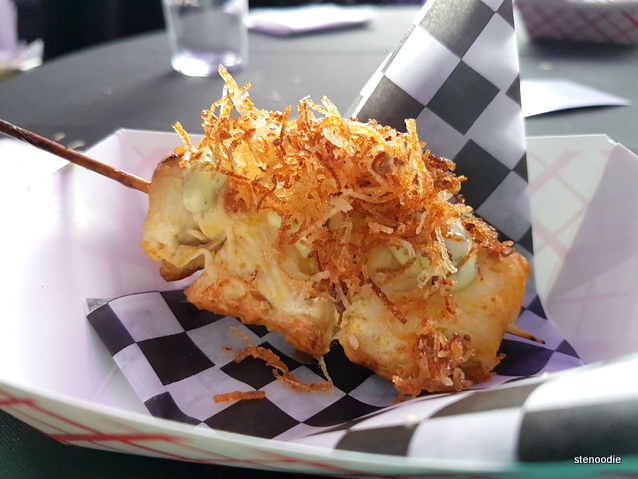 After this, we proceeded to the next room where we saw more vendors and there was a musician playing.  We got a beer from Rorschach Brewing Co. 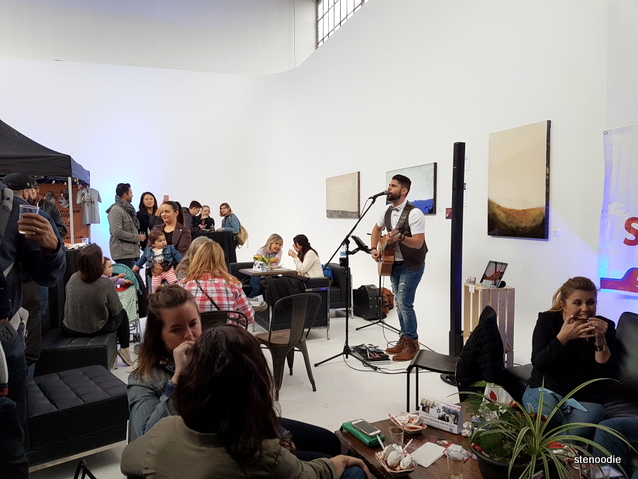 Musician playing at the event 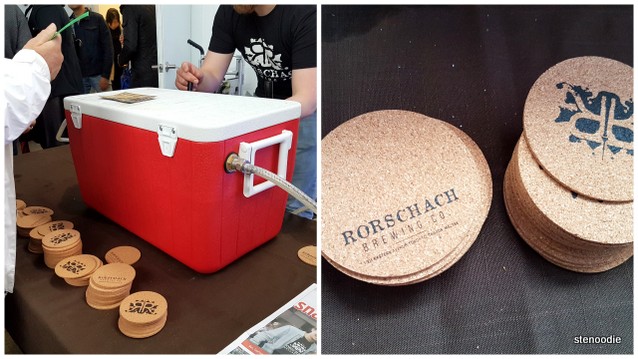 It was neat that they had a spout from a cooler

We kept looking out for samples or free bites but there were none (not that there had to be, but we preferred freebies).  In the end, we spent our last ticket on another beer from the Beaches Brewing Company. 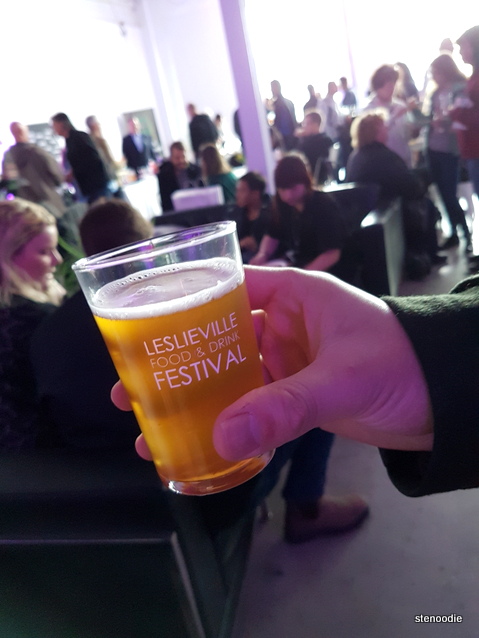 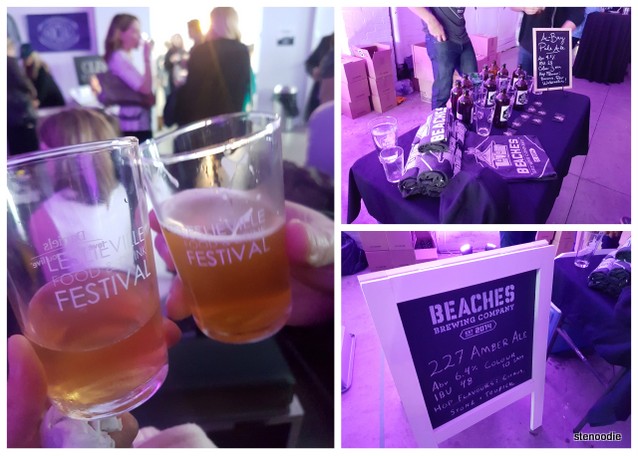 The Leaf + Bone vendor had some more tacos and this time I got a meatball to try. 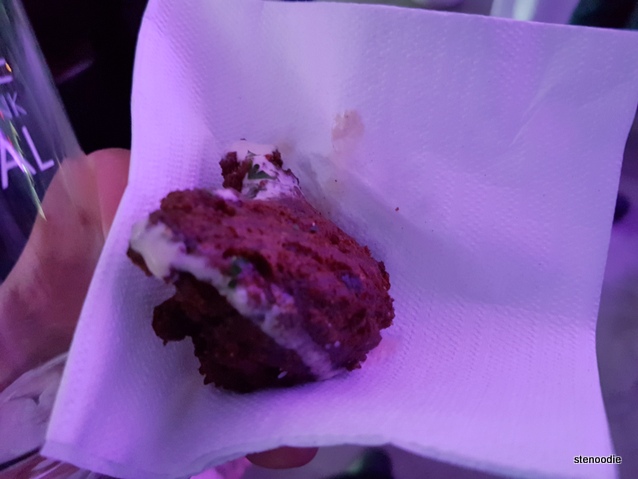 After this, because there was actually nothing at the festival that we wanted to eat or thought was worth trying, we didn’t even redeem money for any tickets for food.  Again, it didn’t seem like a very open or enjoyable event and I was more than happy to leave.  We were there for less than an hour (we already stayed longer than most people would have if they were in our shoes). 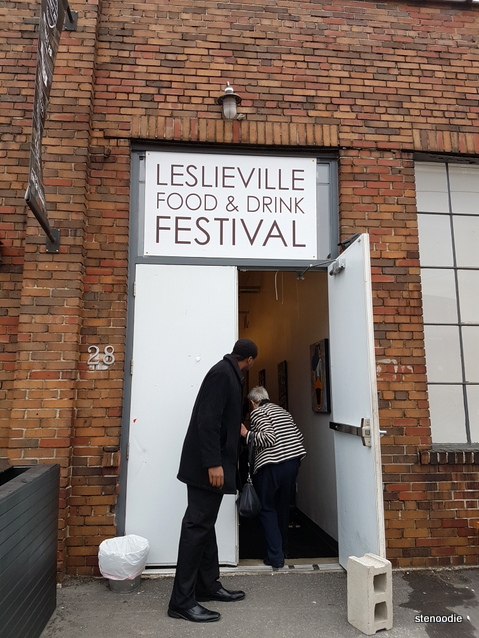 The entrance to the event

I’m really grateful that I won the pair of free tickets from Diana’s contest which allowed us the opportunity to attend the Leslieville Food & Drink Festival for the first time for free.  Unfortunately, it wasn’t a good experience since the food vendors weren’t very attractive and the organization of the contest prize wasn’t communicated properly.

Diana actually messaged me while I was at the event apologizing to me because she knew that I would be “jipped” out of the proper prize.  The contest winner was indeed supposed to receive ten tasting tickets in total in addition to the two admission tickets.  However, it appeared that at the last minute, the staff responsible for the contest prize tickets pulled out and decided not to gift them at all.  It was just a very unprofessional gesture.

All in all, I can’t say I will return to this festival again given such a lacklustre first experience.

FTC Disclaimer:  Although Leslieville Food & Drink Festival provided the event free of charge via winning an online contest, the opinions expressed here represent my own and not those of the event or contest host.