The Best Mac n’ Cheese at The Gabardine! 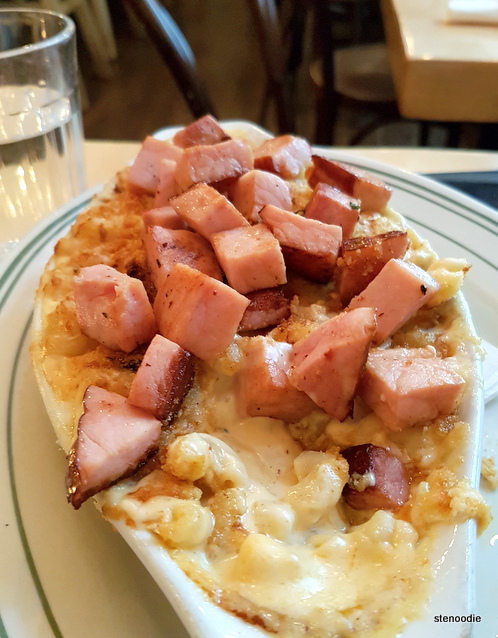 The Gabardine located at 372 Bay St in Toronto

May 15, 2017:  This was one of the best meals I’ve ever had!  The food was good from beginning to end with appetizer and finishing off with dessert.  I had heard a lot about The Gabardine and especially for their mac and cheese (and chicken pot pies as well).  Thus, Grace and I came here after work one day for dinner.

Grace had already arrived when I got there just before 6 p.m.  There were a lot of people there already and dining and drinking on a Monday evening.  I was pleasantly surprised!

We ordered the Korean Fried Cauliflower appetizer, and two mains: Mac n’ Cheese and the Chicken Pot Pie to share.

It wasn’t a huge space inside so get there early or make reservations! 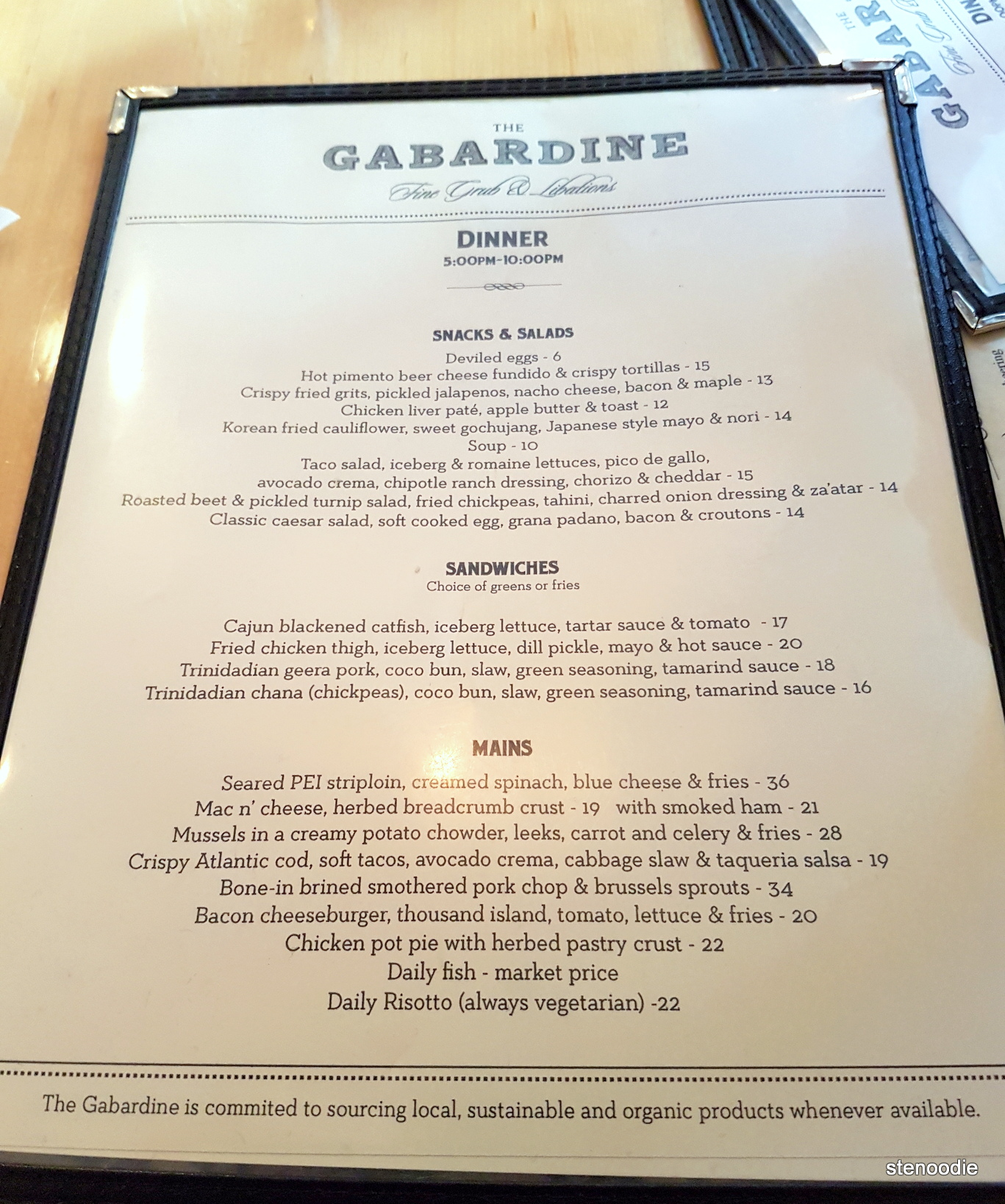 The Korean Fried Cauliflower arrived first.  This was a small plate with sweet gochujang, Japanese style mayo and nori.  It was a really good appetizer!  The flavours were strong and I enjoyed it smothered all over the fried yet soft cauliflower.  So many restaurants serve savory cauliflower nowadays. 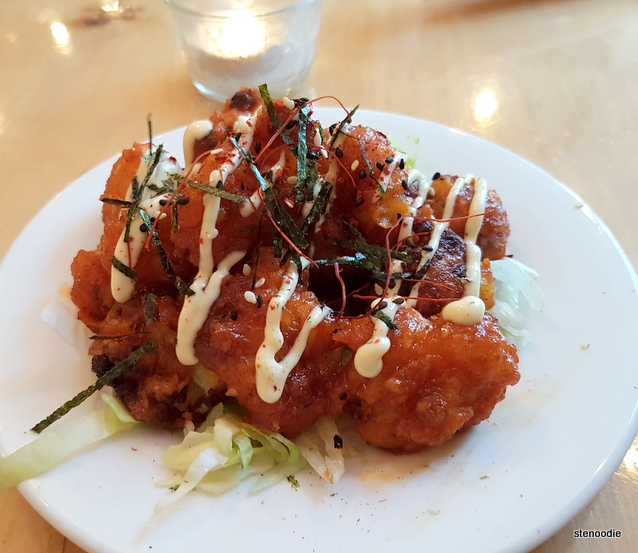 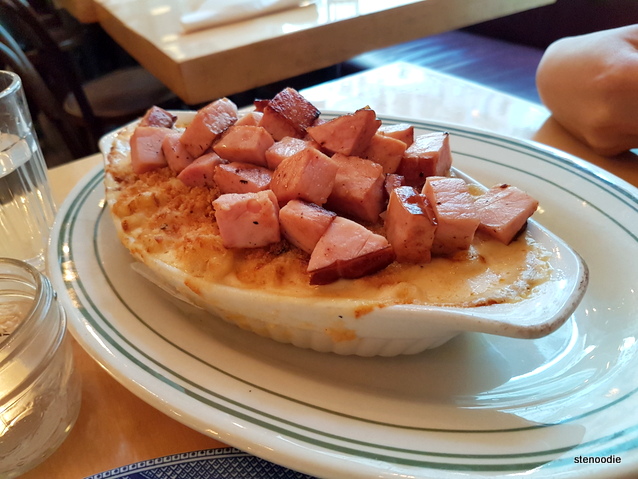 The Chicken Pot Pie also had a herbed pastry crust.  This was served to us steaming hot.  Grace used the knife to slice open the top of the pie so that we could dig in.  This was a very heavy and rich chicken pot pie.  It was very creamy inside and quite good too! 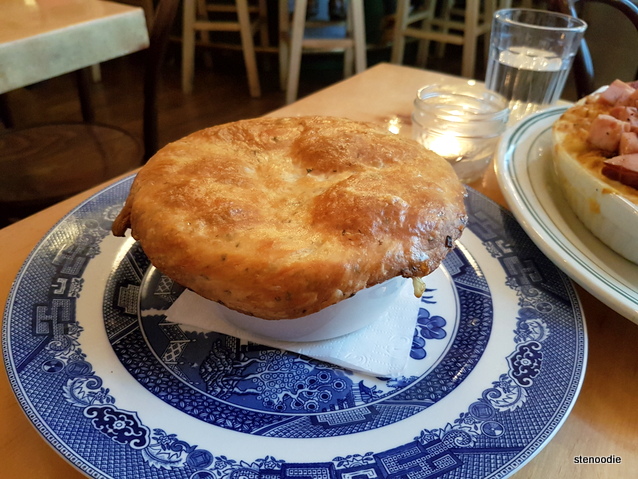 Frame by frame of slicing up that chicken pot pie

The two mains that we ordered were both very heavy and carb-heavy.  However, it was so worth it because that Mac n’ Cheese dish was the absolute best! 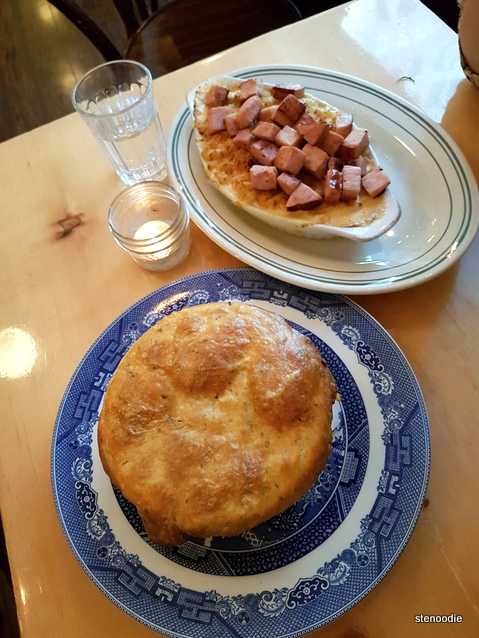 We packed up our leftovers of the mains and ordered dessert too.  We ordered the Peanut Butter Frozen Custard.  I’ve said it before and I’ll say it again: I’m not a big peanut butter fan.  Despite that though (and especially because of that), I found this dish to be so, so good — and you know that says a lot for a non-peanut butter lover!   It had chocolate crumb, an espresso ganache, and salted peanuts on it.  The frozen custard was absolutely delicious.  It smelled and tasted strongly of peanut butter but was so smooth and frozen at the same time.  I don’t think I’ve ever had a dessert like this before.  A very well done dessert! 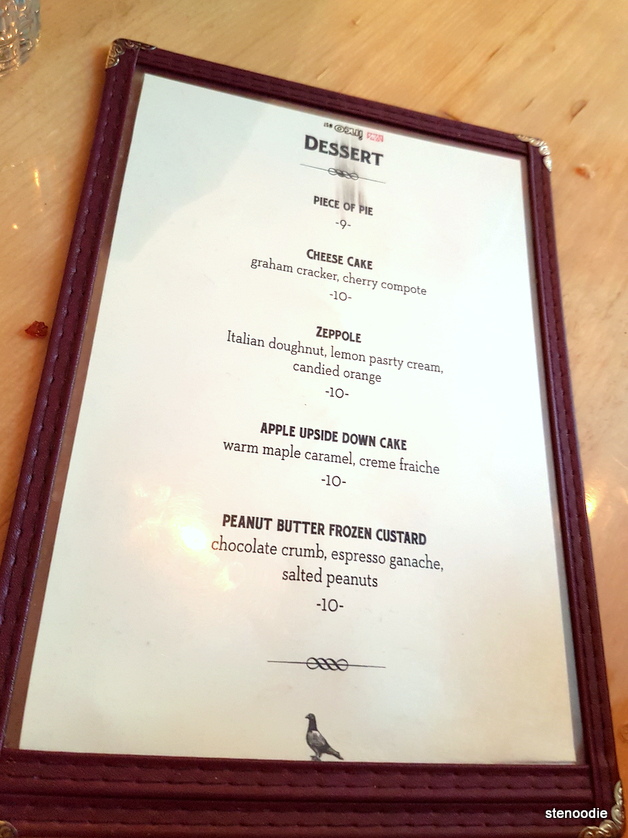 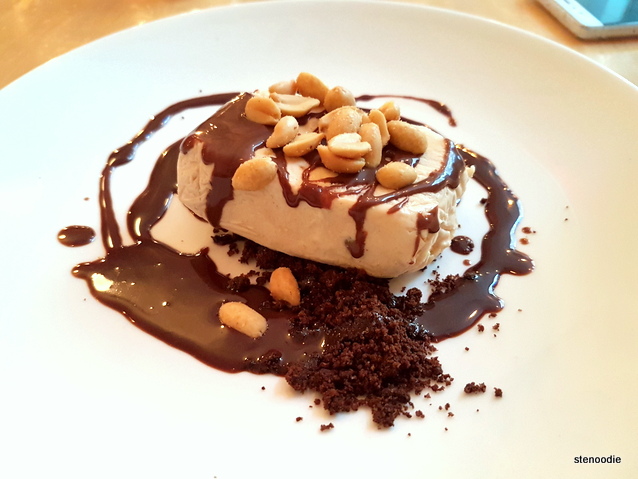 Thus, you can see why I enjoyed this meal so much.  The dishes were all very delicious and so well done.  I loved the cozy atmosphere of the restaurant too.  No wonder The Gabardine is so highly rated! 🙂 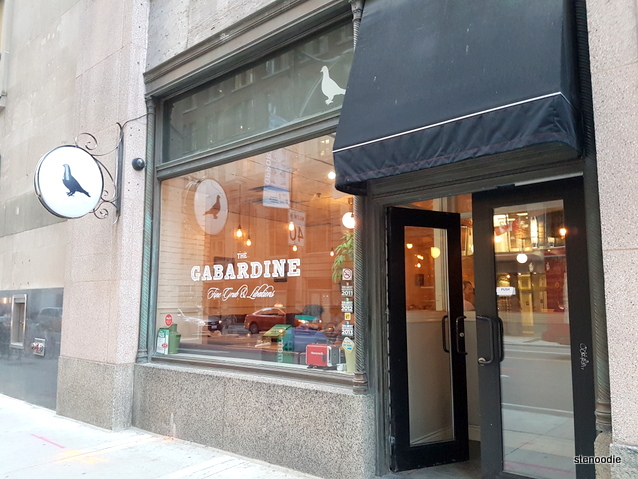 It’s located on Bay Street in the Financial District

1 Response to The Best Mac n’ Cheese at The Gabardine!