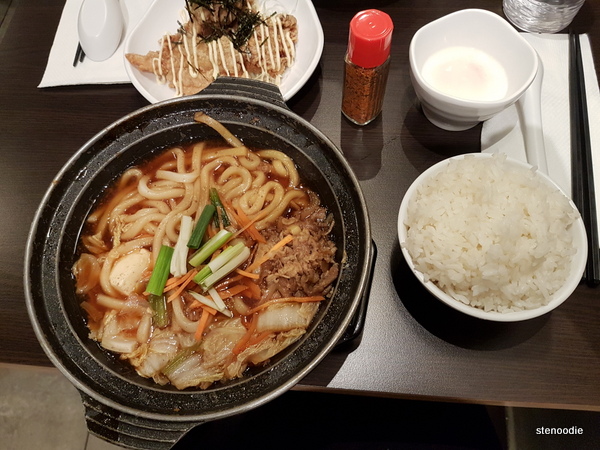 November 21, 2017:  There are so many restaurants on Dundas Street that I have yet to try.  Tonight, Grace and I tried out Ken Oh.  It’s a restaurant that serves Japanese “spaghetti” or udon and rice bowls.

There were a decent number of customers here when we arrived at 5:30 p.m.  The restaurant itself is rather small but comfortable enough to fit a lot of tables. 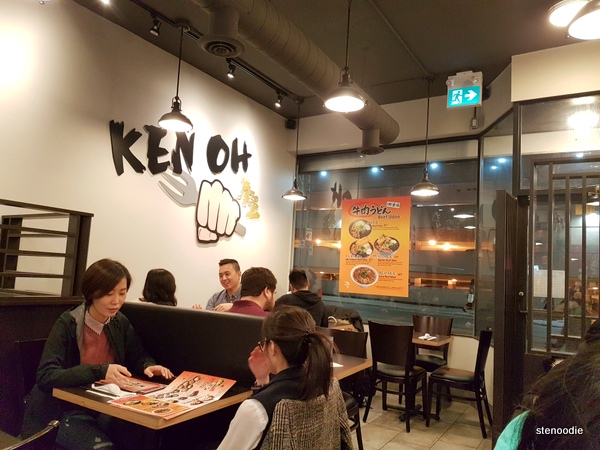 View of the interior from my interior 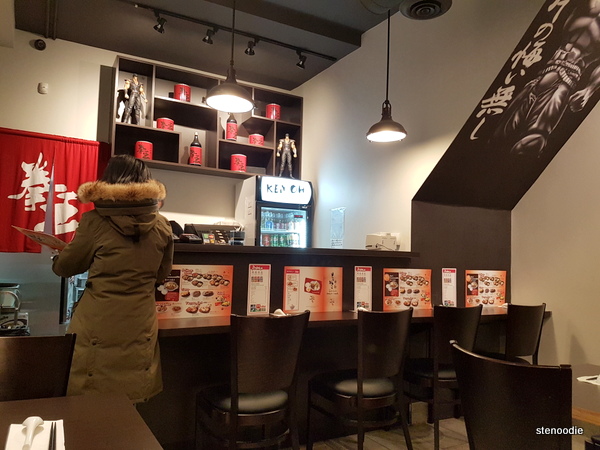 We ordered right away and it did take some time for the food to be served.  (I was starving after a long day of happy stenoing work.) 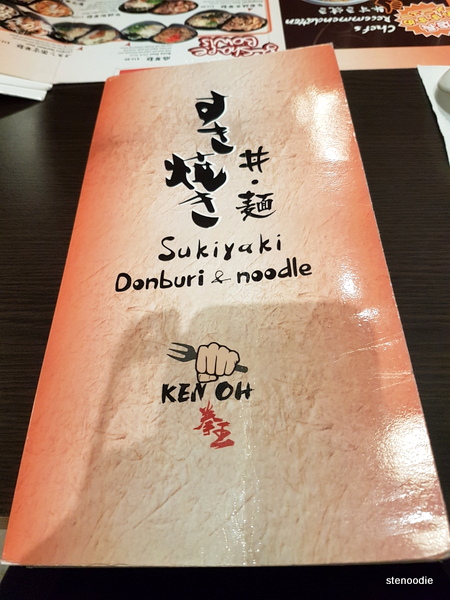 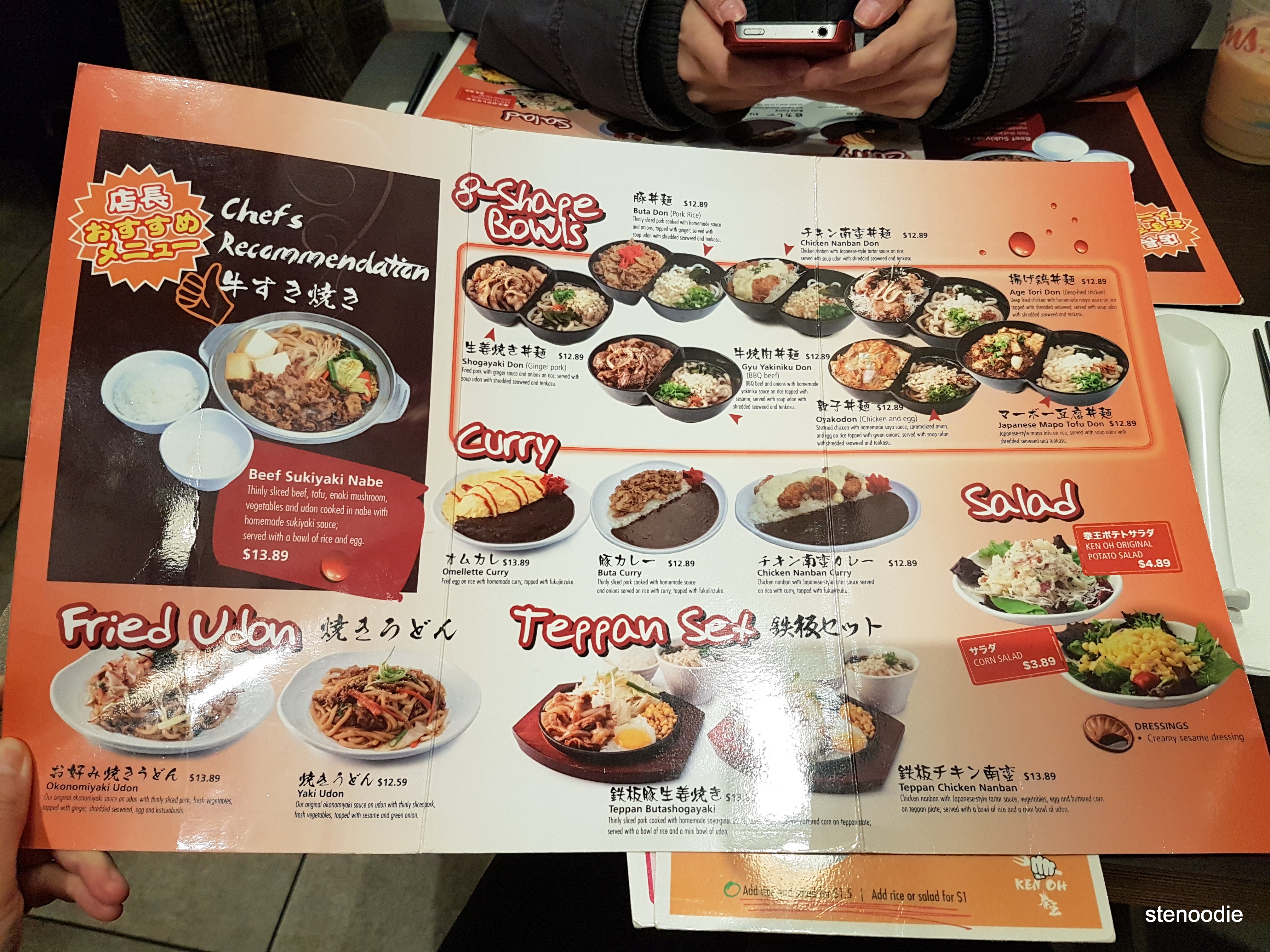 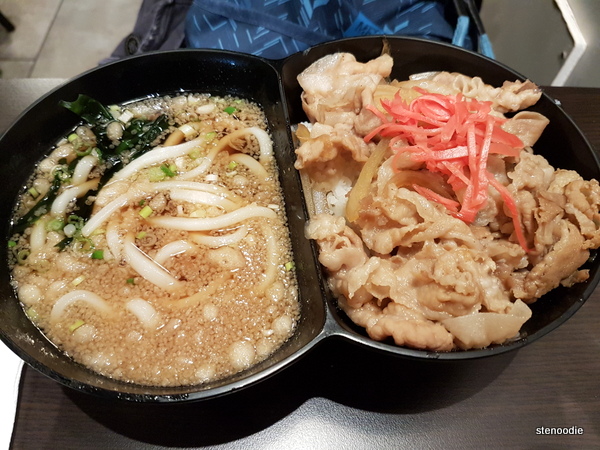 Grace’s bowl of Buta Don arrived first.  It was served in what the restaurant called an “8-shape bowl” which is really just a split bowl that’s handy for containing two items. (I remember the first time I saw these were at the Ho Shin Tang Korean restaurant in Richmond Hill).  They are really neat indeed.

It had thinly sliced pork cooked with homemade sauce and onions, topped with ginger, and served with udon soup with shredded seaweed and tenkasu.

I tried a slice of the pork meat and was indeed impressed with how flavourful the pork was. 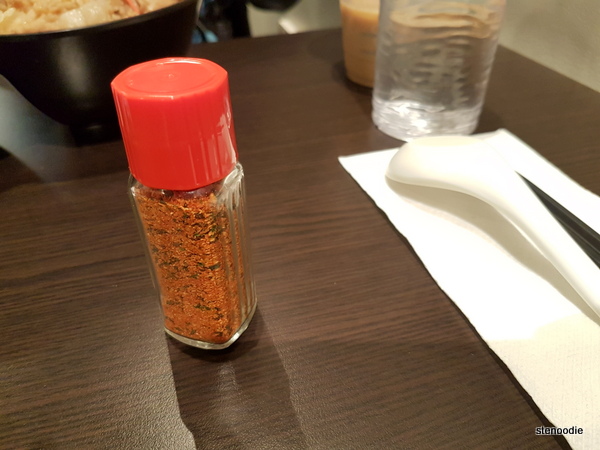 This came with the Buta Don

I ordered the Chef’s Recommended dish which was the Beef Sukiyaki Nabe.  It had thinly sliced beef, tofu, enoki mushroom, vegetables and udon cooked in nabe with homemade sukiyaki sauce.  It was also served with a bowl of rice and spring egg. 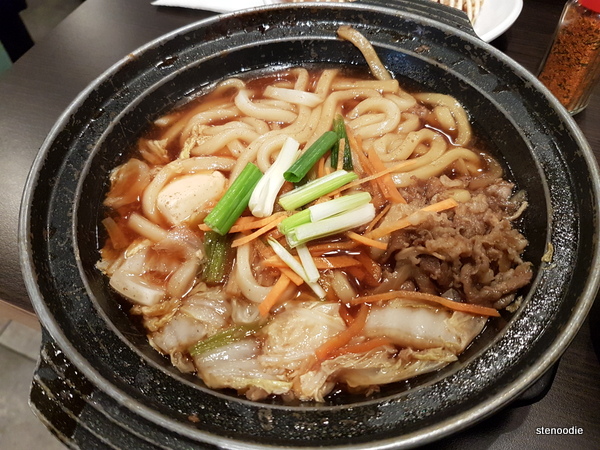 The Sukiyaki was served in a heated pot, so be careful when you first take a sip because it is super hot!  The beef were thinly sliced and as flavourful as the pork slices.  However, there wasn’t a lot of it.  I didn’t like how small quantity of the beef there were.  The soup was very, very sweet and intense.  The spring egg was delicious; so smooth and raw for you to place into the hot soup or to eat raw. 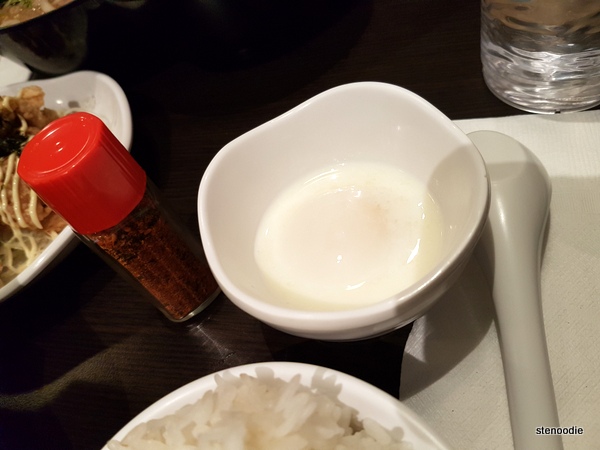 We had also ordered the Fried Chicken appetizer to share (hard for me to resist fried chicken..).  This had three pieces; a large piece and two smaller pieces so it was a bit more difficult to share evenly.  I wasn’t a big fan of this fried chicken however.  I thought it wasn’t fried crispy enough and tasted kind of bland.  I’m glad the meat inside was tender though. 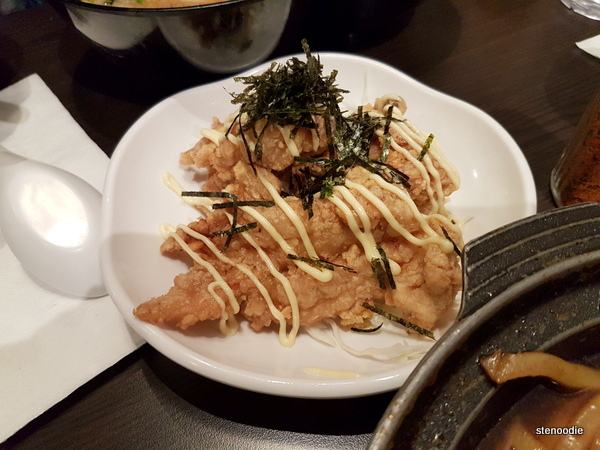 By mid-meal, there were so many customers dining here that a small line had started to form outside!

I’m glad that I finally try this restaurant out. 🙂  They have Japanese characters on the walls which fits in with the “Ken” theme. 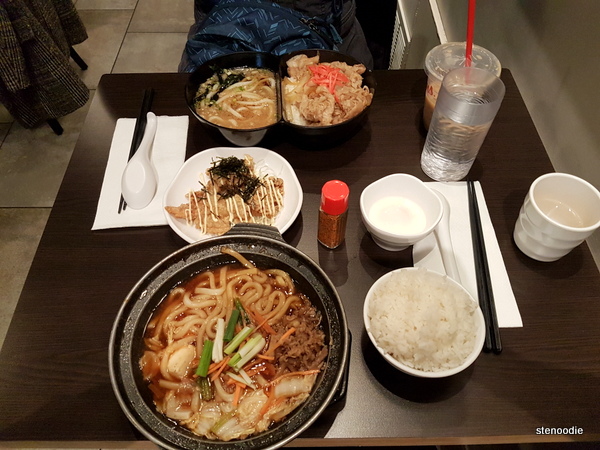 Food on our table 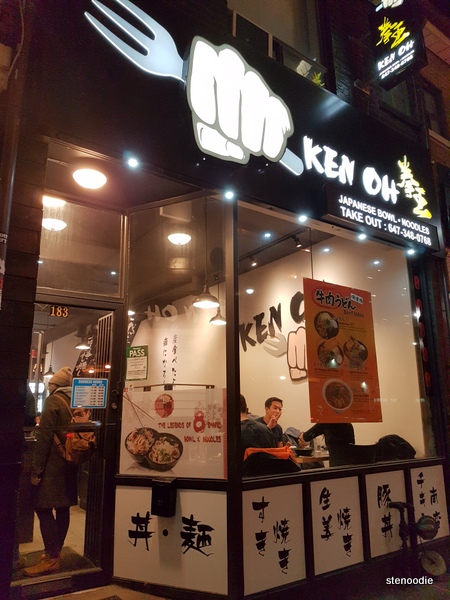 3 Responses to Sukiyaki, Donburi, and Udon at Ken Oh