Dinner at Elke’s Table on 47th in Yellowknife 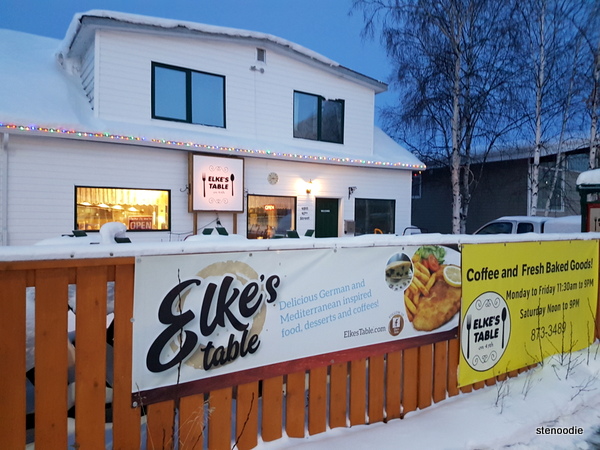 February 23, 2018:  On our second day in Yellowknife and before heading out for our night time aurora light chasing, we headed to Elke’s Table on 47th for dinner.

Amazing Mr. Google helped us find this place.  It was just 2 minutes away from the hotel and had a rating of (at the time of visiting) 4.8 stars!  Perfect for us!

It wasn’t until I got to the restaurant that I realized how small it was.  It was like a little house with a dining room with about six tables’ worth of seats.  When I informed the server (the only one there), that we were a party of 8, she exclaimed with wide eyes, “Eight?  Omg omg, let me check” and looked at us in shock.  I guess they never get 8 guests at one time often… XD 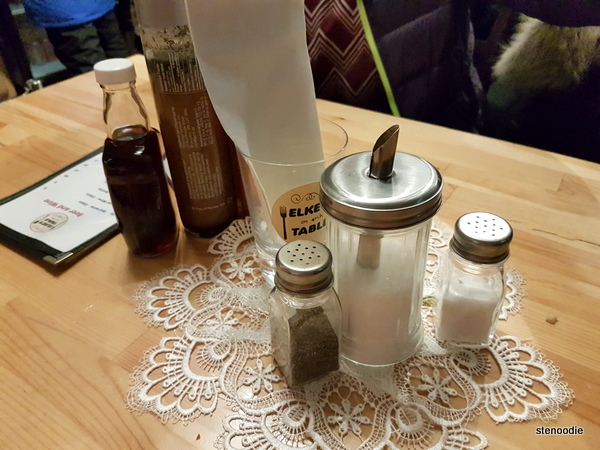 Condiments on the table

There wasn’t any table larger than six, so we ended up splitting ourselves up to sit four and four at two tables (I’m thankful to those patrons who hastened their dining time and left when they saw we were in need of a table).

I also didn’t know until sitting down that this was a German/Mediterranean restaurant.  I really wish Google would have told us that as it would have been nice to have known that beforehand. 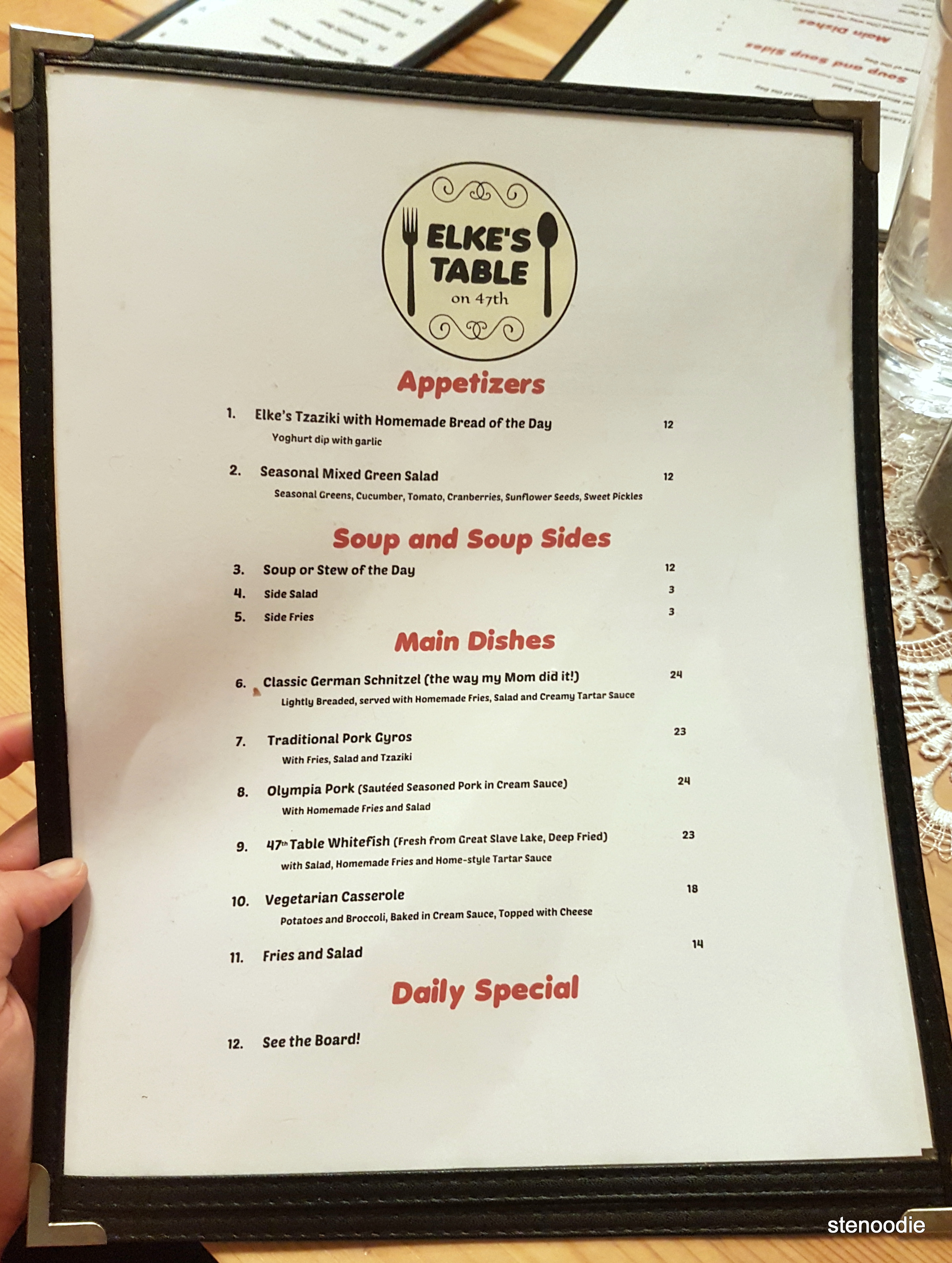 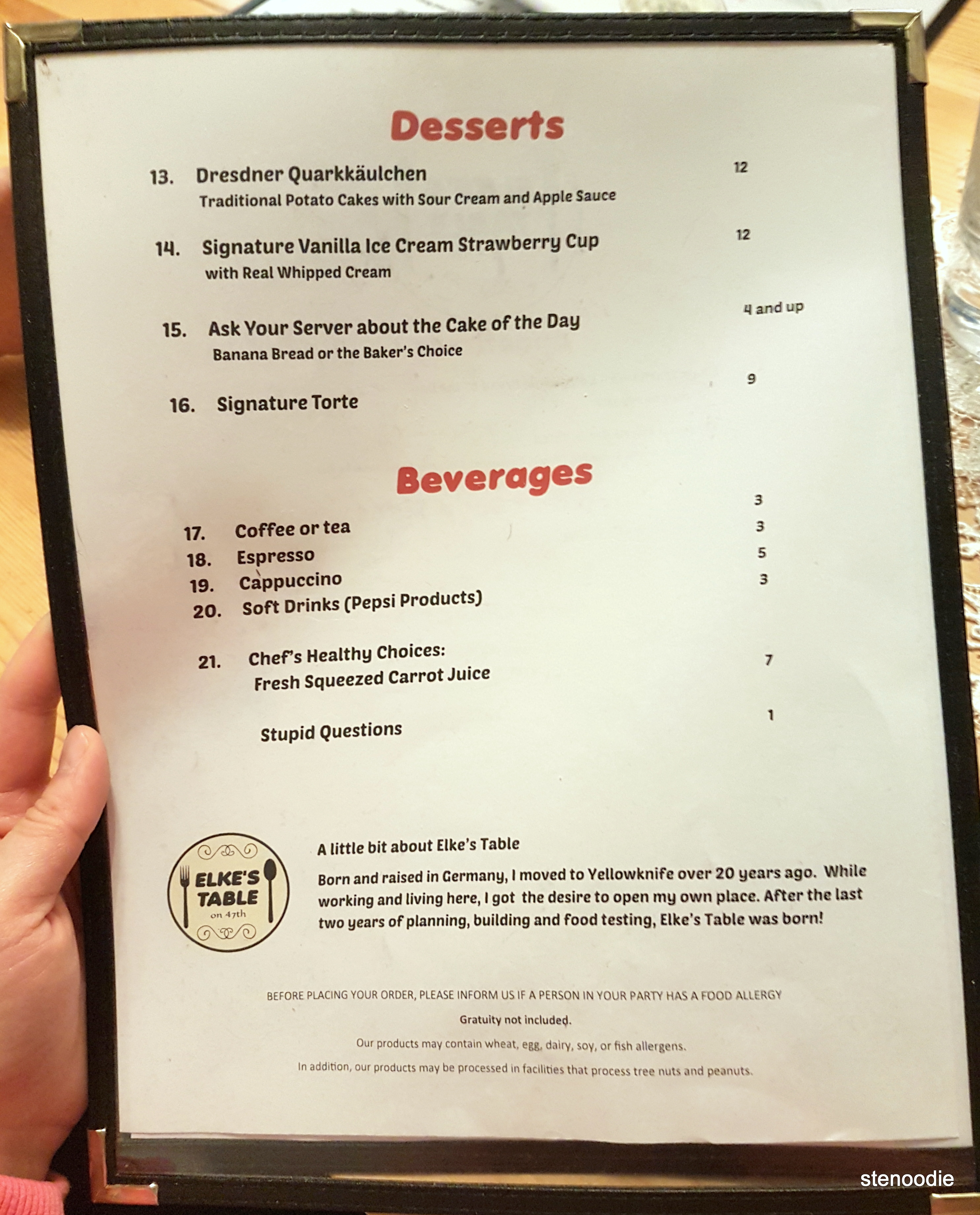 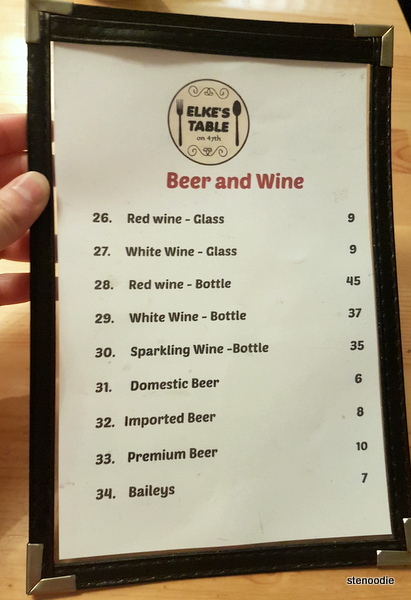 My mom and I ordered the Schnitzel and Whitefish to share.

The portions were big!  Both plates came with fries and salad. 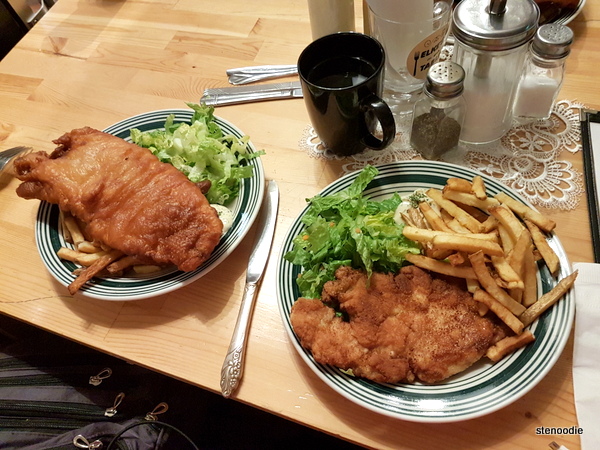 The 47th Table Whitefish was huge!!  An entire squeezable bottle of tartar sauce came to the table too — self-serve tartar sauce.  The inside of the fried whitefish was so tender and flakey.  The batter was so crunchy and so nicely fried!  It was a really good fish and chips.  The tartar sauce was perfect consistency and taste to me as well!  It was probably one of the best tartar sauces I’ve had. 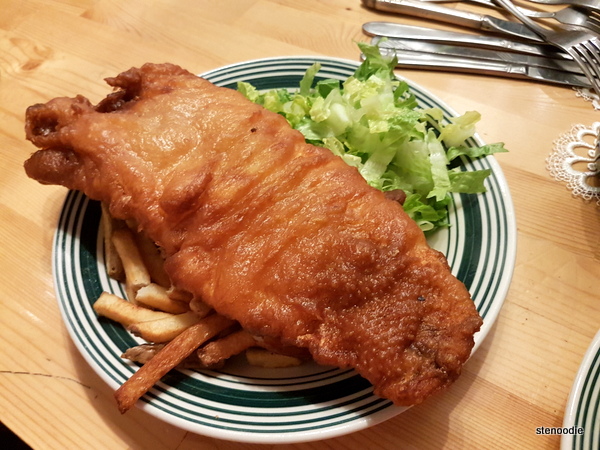 The Classic German Schnitzel at first bite was moist enough and had a bit of flavour.  It was all right afterwards.  It was best to eat it warm and not let it sit. 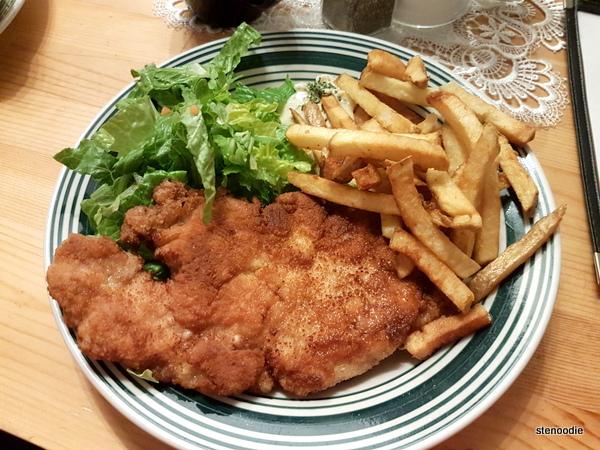 Overall, I’m really glad that we got to dine at such a small local restaurant.  The Whitefish was really good! 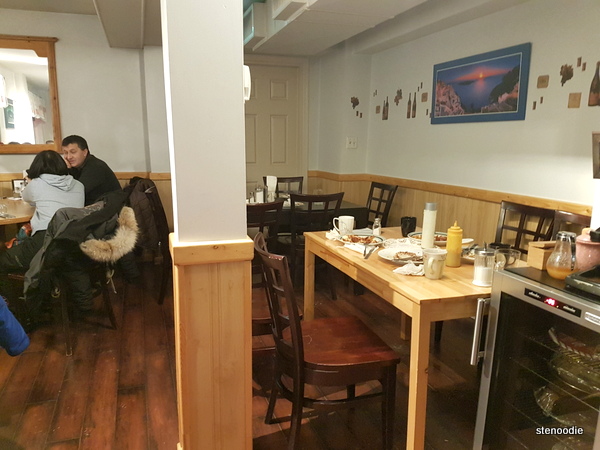 The two empty tables were where we sat 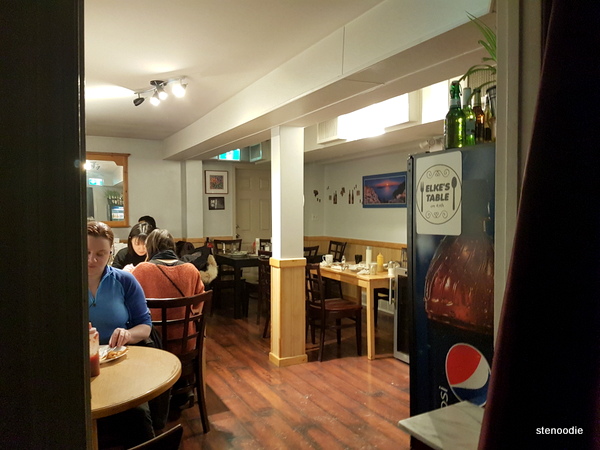 View of the entire restaurant from the doorway