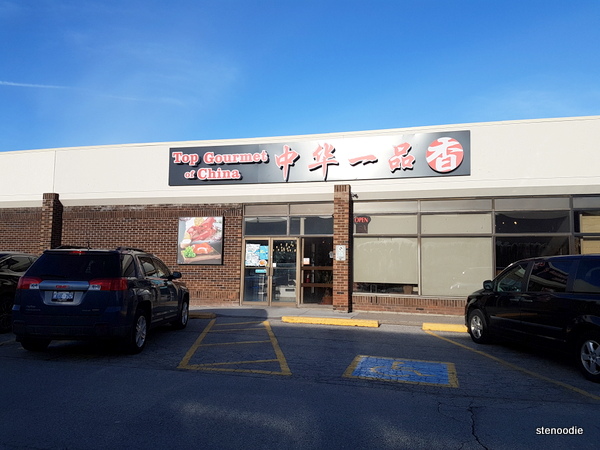 March 30, 2018:  We had dinner here at Top Gourmet of China and it’s a hidden gem for Chinese food!  For only $88, you can receive 11 dishes of which one is a soup and one is dessert!  What is a huge steal of a deal.  The dinner set includes three major draws too: twin lobsters, Peking duck, and steamed fish.  Where do you even find such a deal these days?!  I don’t think such a good deal exists nowadays!

Ken and I arrived at 6 p.m. on Good Friday and there were already a few groups dining in.  Top Gourmet of China is hidden away from Steeles Avenue.  It faces the Dollarama directly and there is plenty of parking space.

The restaurant is decorated quite nicely but is so big that it feels spacious and open.  I especially liked their lights. 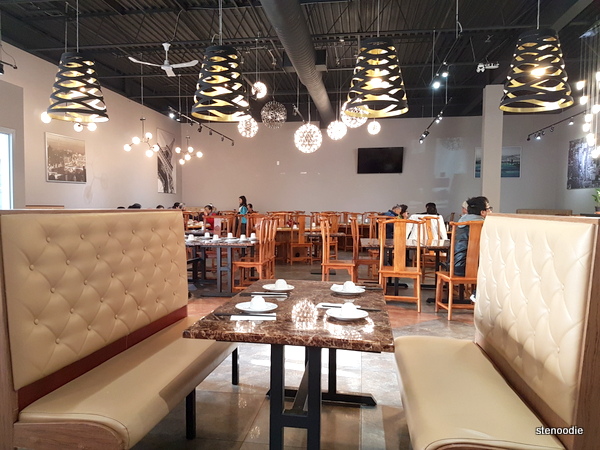 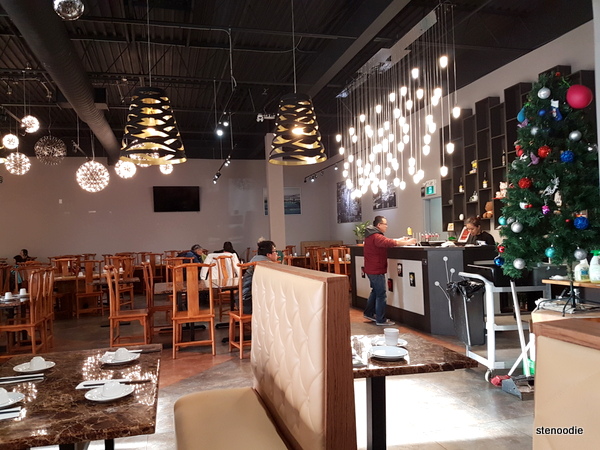 So many pretty lights!

The staff here only speak Mandarin and all the menus are in Chinese, which is a huge disadvantage for their business since it’d be more difficult for non-Mandarin speakers to dine in. 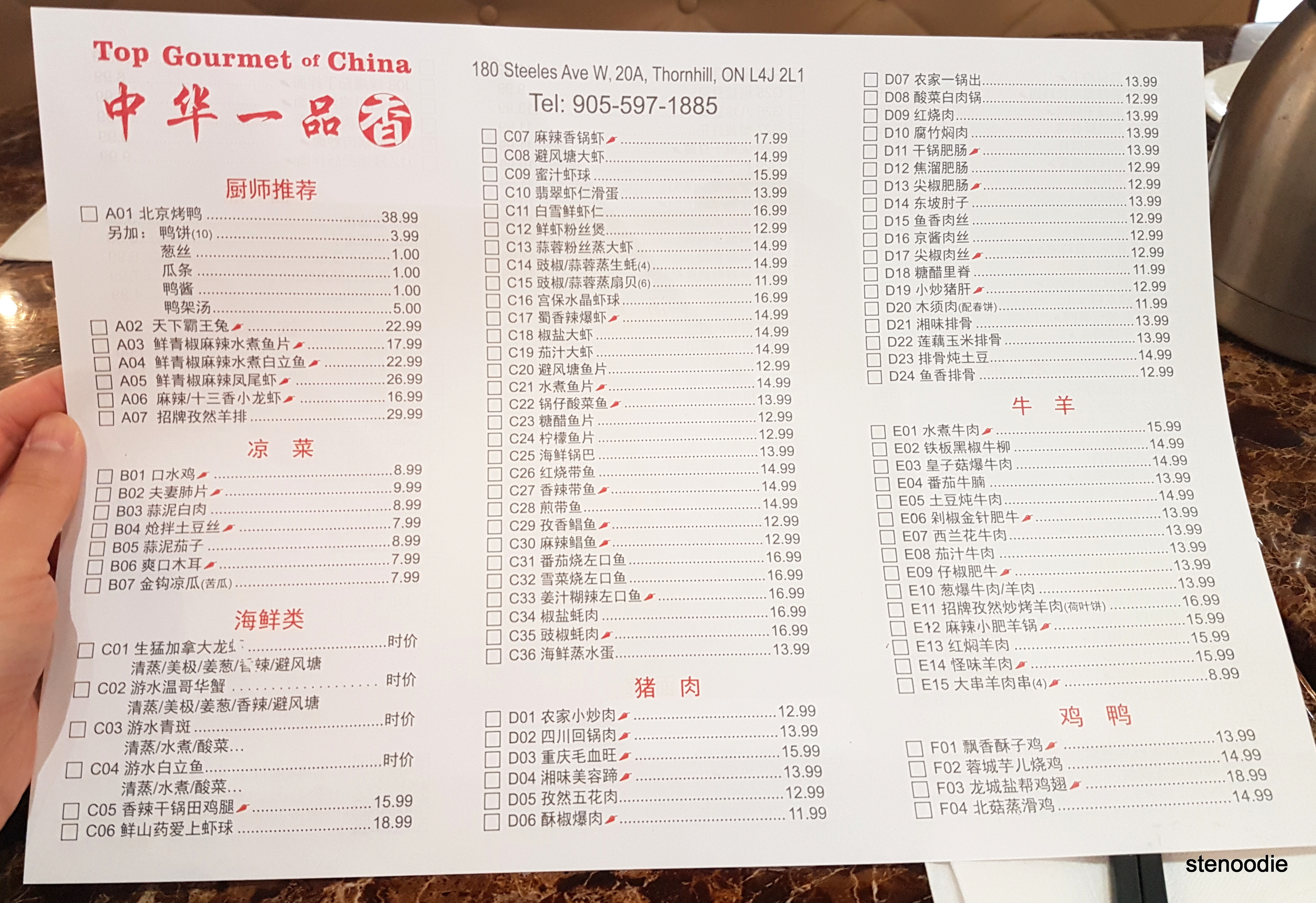 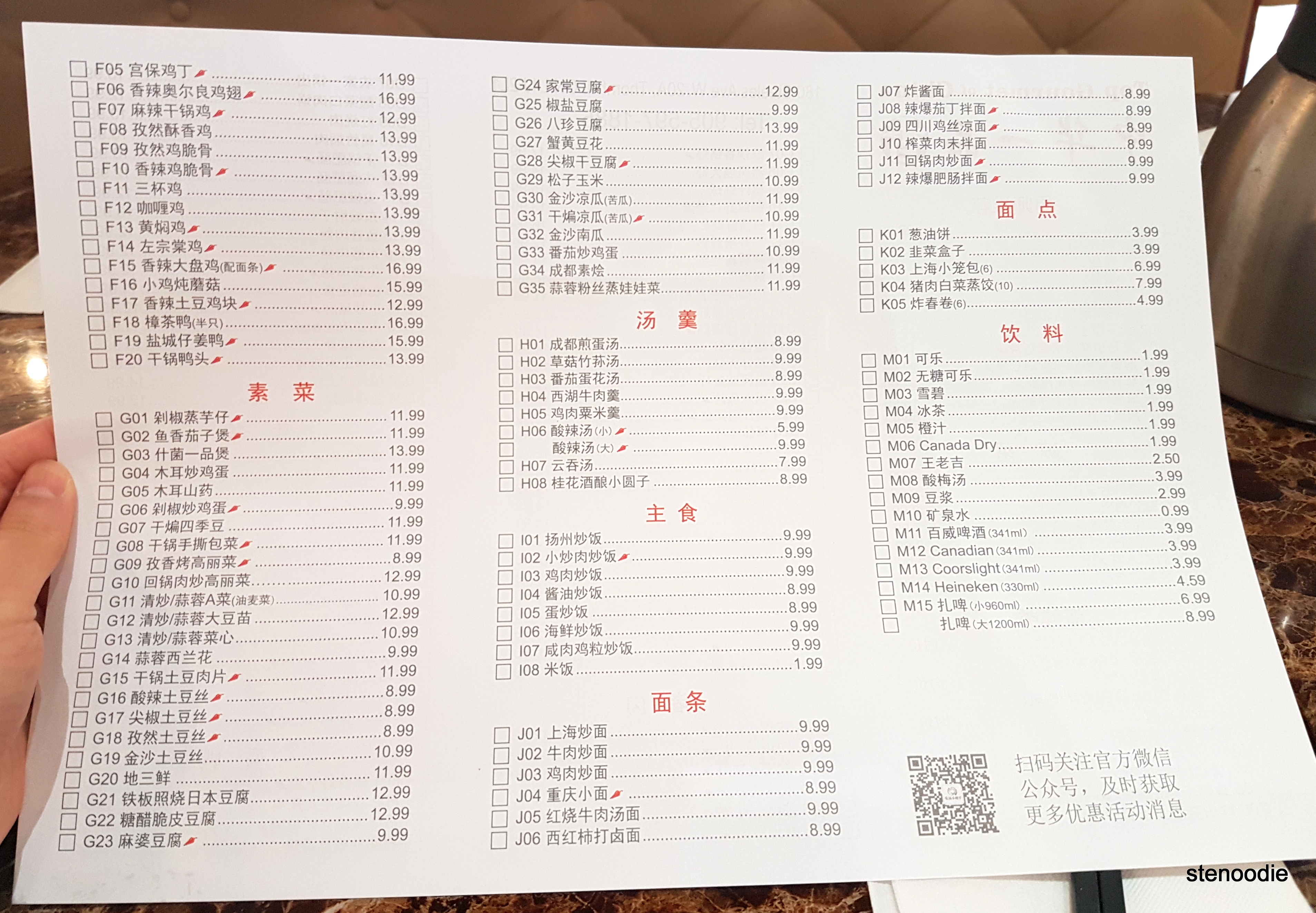 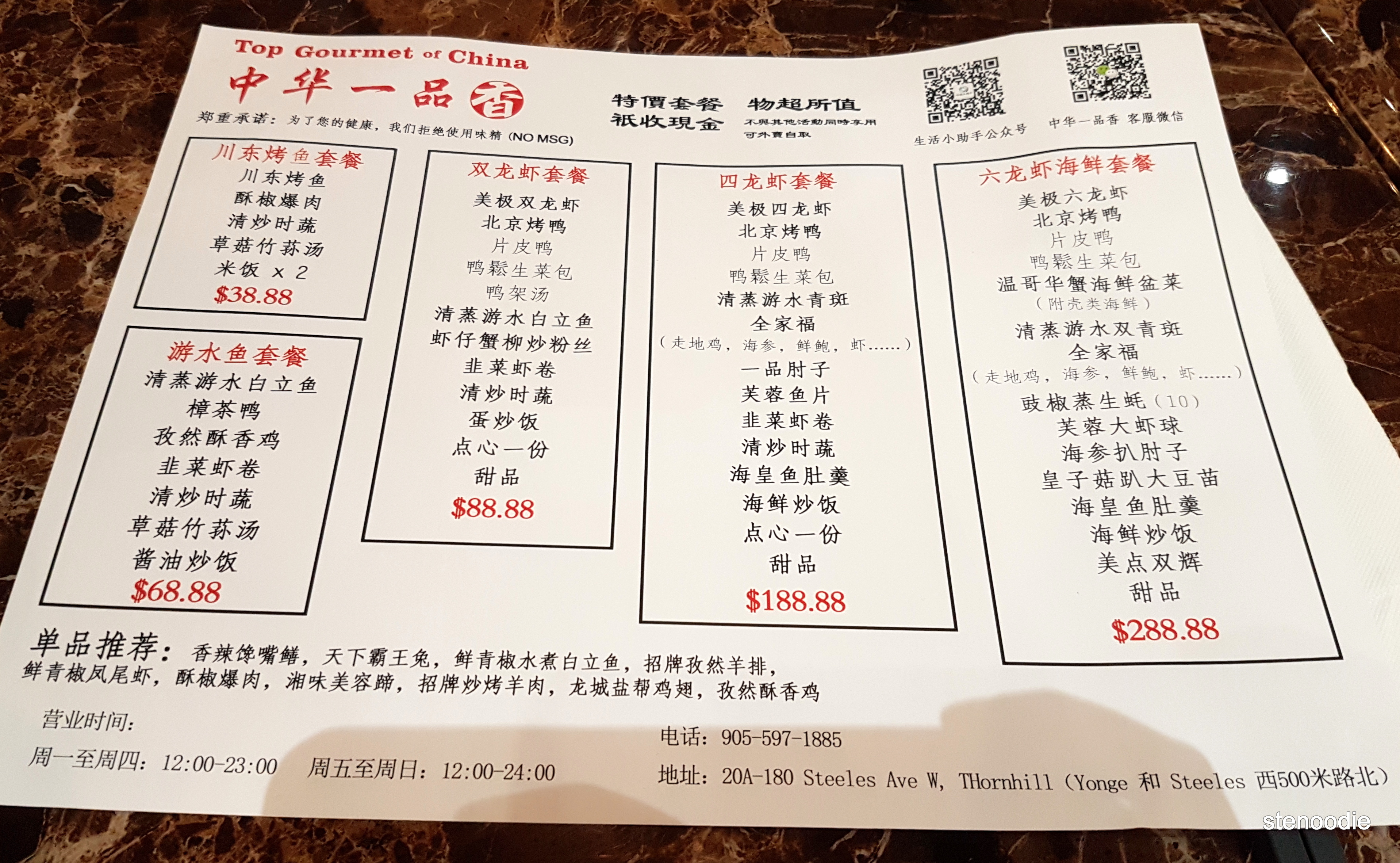 After placing our orders, the food came out very quickly!  The portion sizes were all very substantial and very soon, every corner of our table was filled with food. 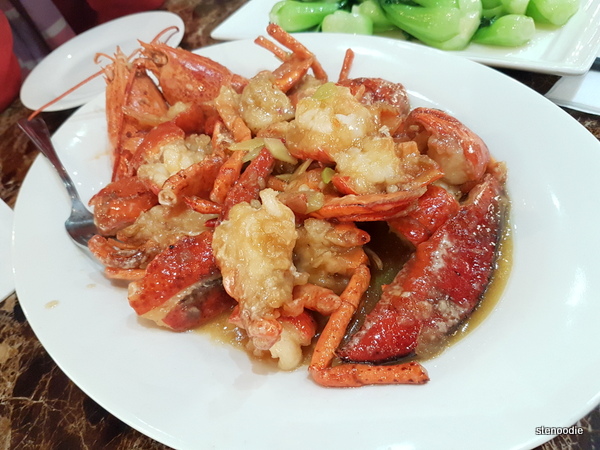 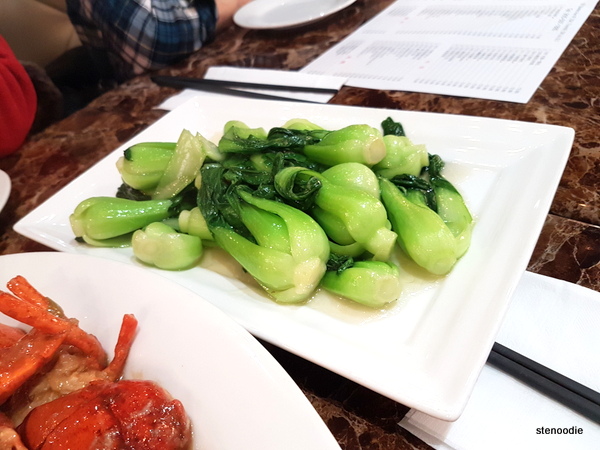 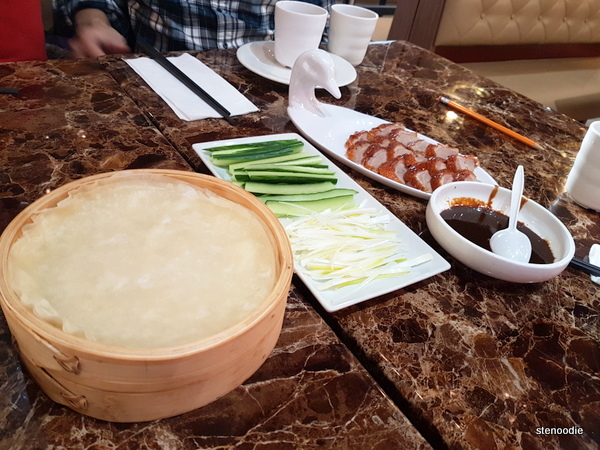 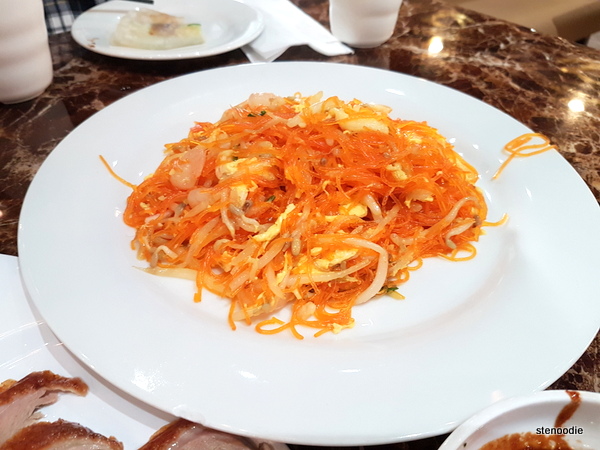 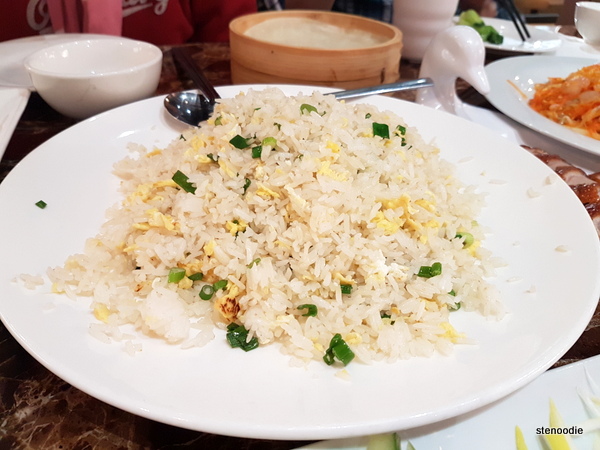 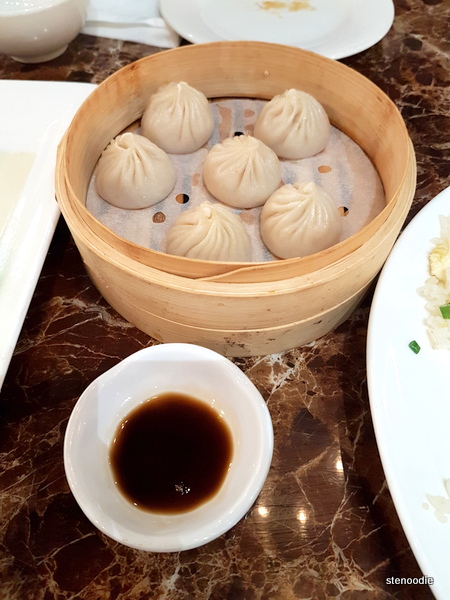 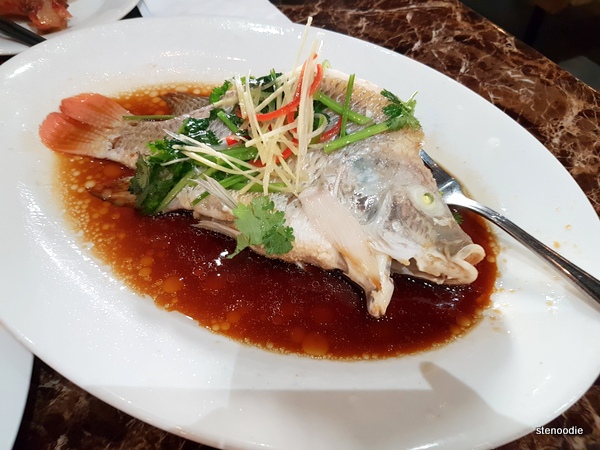 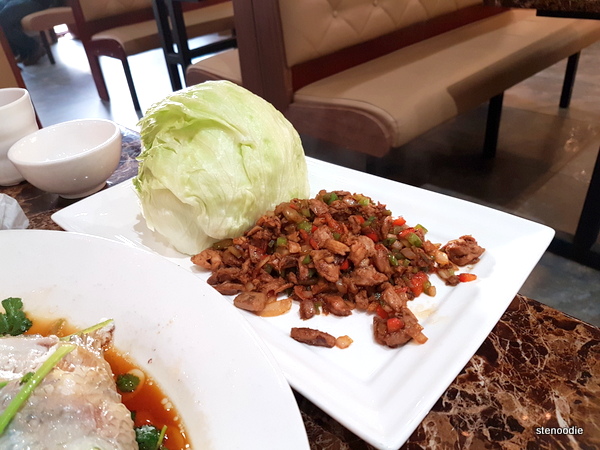 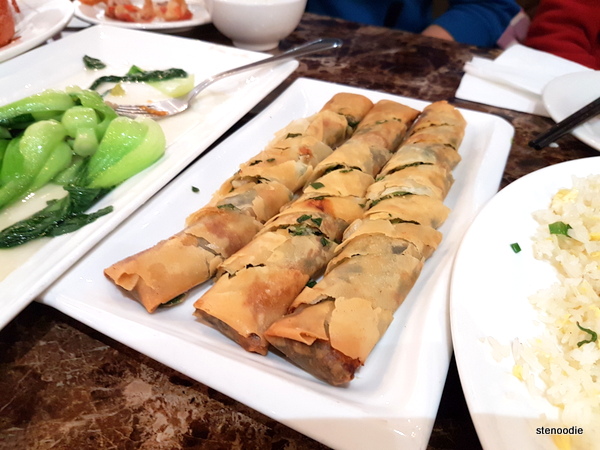 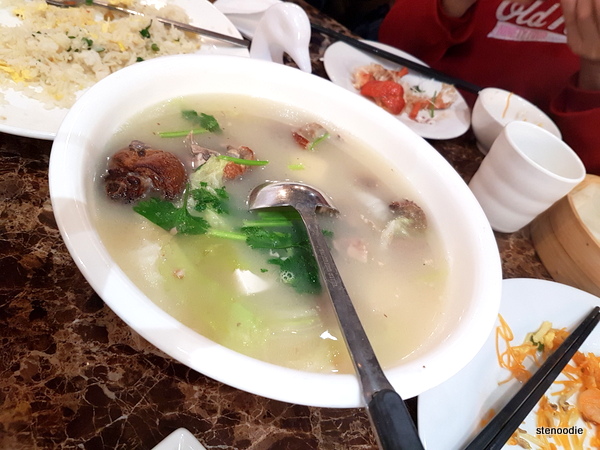 At the end, we also had a soup dessert.  This one wasn’t the typical red bean soup ones too which was a bonus.  It was one of those egg drop sweet soups — I don’t remember the name of it. 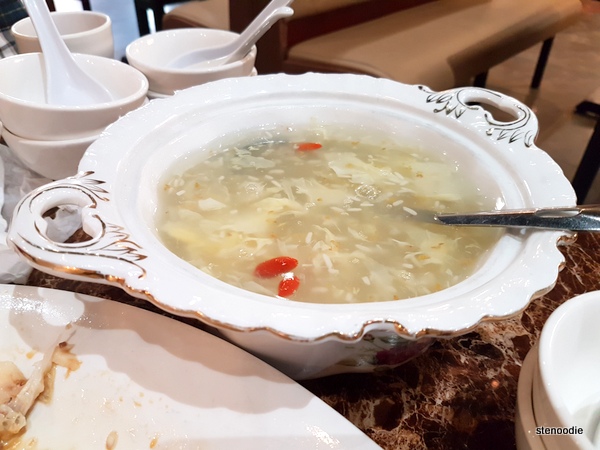 The restaurant claims on their menu that they don’t use MSG in their food.  The food was so tasty that I found it hard to believe there was no MSG, but I definitely didn’t feel thirsty afterwards either so perhaps they really don’t use MSG. 🙂

It was such a wonderful meal and there were so many dishes to share!

If you go to this restaurant, ask for the dinner combos sheet of paper.  They don’t provide it to you unless you ask.

5 Responses to Amazing dinner combo at Top Gourmet of China