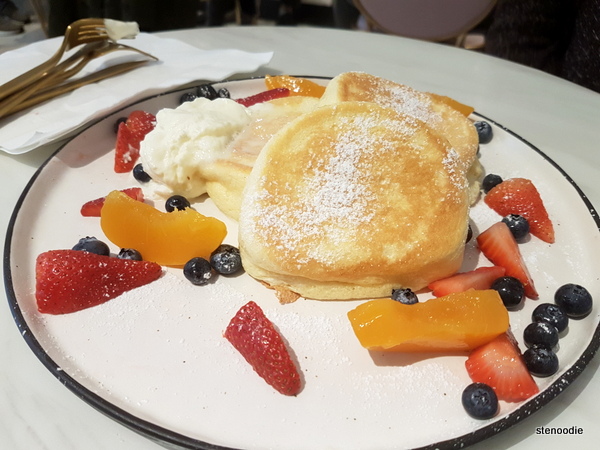 April 6, 2018:  We went to try the Hanabusa Café for the newest trendy dessert in Toronto — Japanese fluffy soufflé pancakes!!  Apparently it’s not the actual chain from Japan but a knockoff of the idea.  The soufflé pancakes are supposed to be airy light and jiggle when you shake the plate.

We arrived at Hanabusa Café at 4:15 p.m. on a Friday and upon walking in, was met with a blast of how sweet and sugary it smelled inside.  It smelled so good!  There were a few people in line in front of us.  A few minutes later though, most of them left so we were first in line.

We had to order and pay first at the counter before getting a seat.  We were informed that the pancake would require 30 minutes to be ready (their batter had run out and hadn’t arrived yet it seemed).  While we contemplated about leaving and coming back, it was also a Friday night and I didn’t want to risk leaving and coming back to no tables, so we stayed.  As we decided to stay and sit at the bar (since no more tables were available), a bunch of customers all ended up leaving at the same time so we got a table too.  Yay! 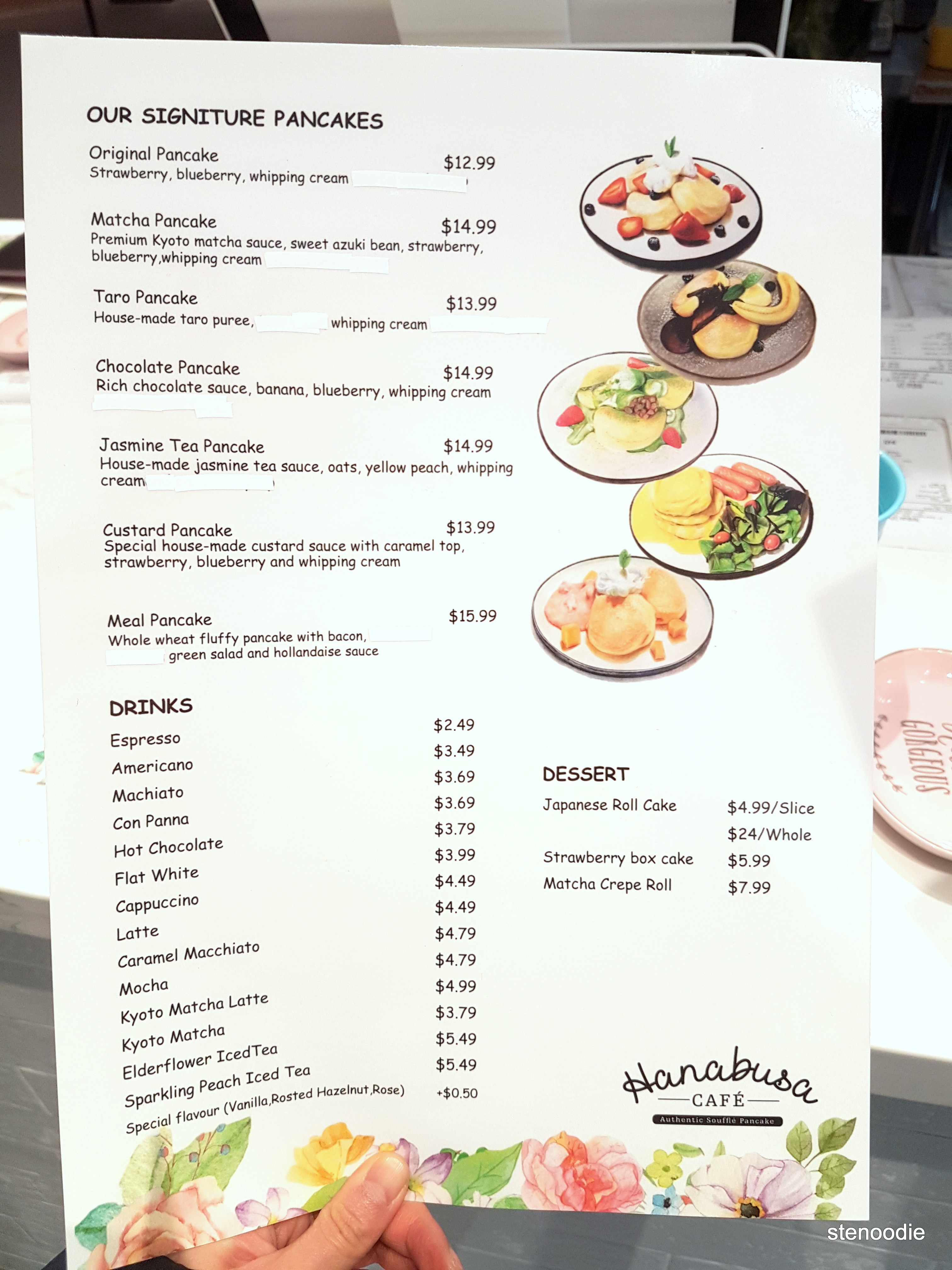 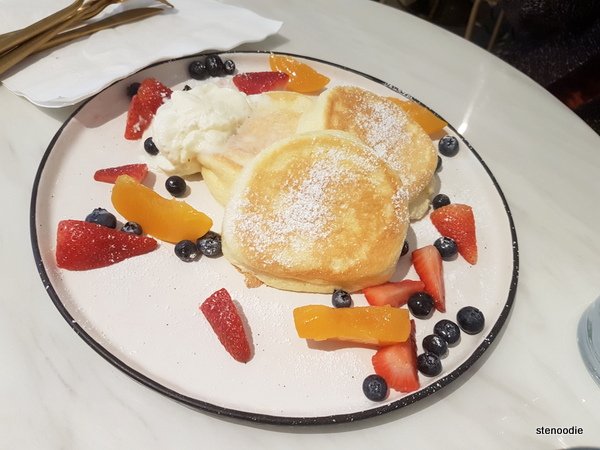 Priscilla and I got our table and were served some water and chatted while we waited.  The interior was very new and clean since the cafe had just opened recently.  Before long, about 25 minutes of waiting, we received our soufflé pancakes!  We ordered the Original Pancake which came with strawberries, peach, blueberries, and whipped cream on a round flat plate.

There were three pancakes on the plate and unfortunately when we tried to shake the plate, the soufflé pancakes didn’t shake or wiggle at all.  Disappointed :(.

(Apparently, I found out after our visit that only certain flavours come out stacked, which would give the “jiggle” effect.  Why can’t all the pancakes come out stacked for the jiggle effect?)

The whipped cream was also sliding off from the pancakes too.

Taste-wise, the soufflé pancake indeed was very fluffy and light.  However, I thought it tasted more like spongy and definitely like soufflé (so it did achieve the goal of the “soufflé” part of the pancake at least).  It would have been nice if it was more airy. 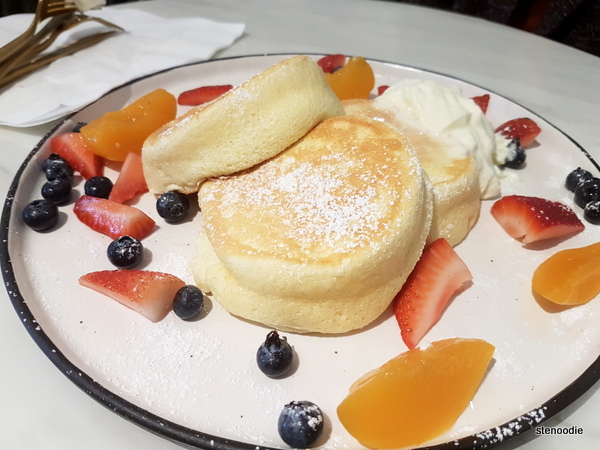 I’m glad we tried this place out!  The chairs at their bar were adorable!  Also, their utensils are long golden stemmed and quite pretty. 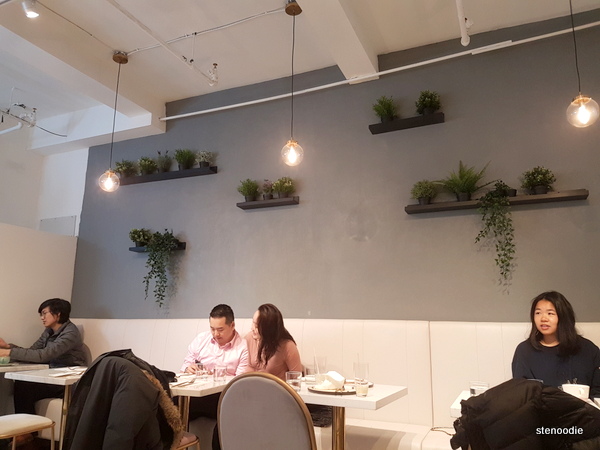 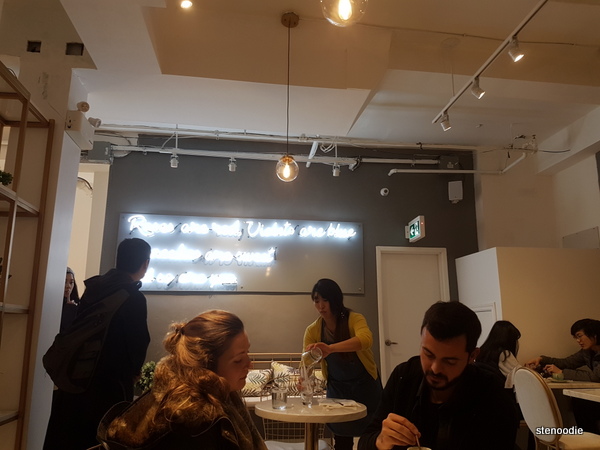 A quote in bright lights 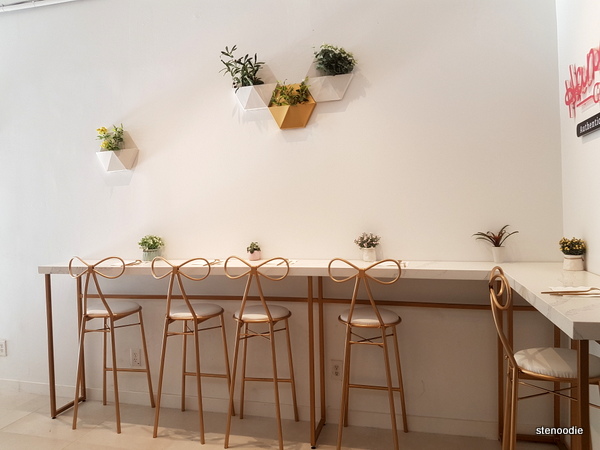 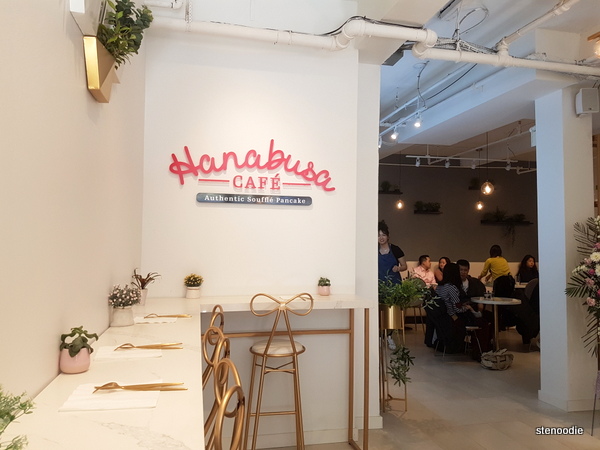 It’s clean and cute for those “perfect Instagram” photos 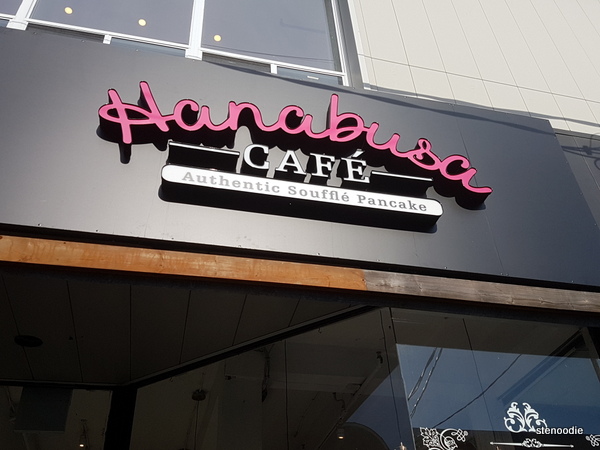 Signage on their door 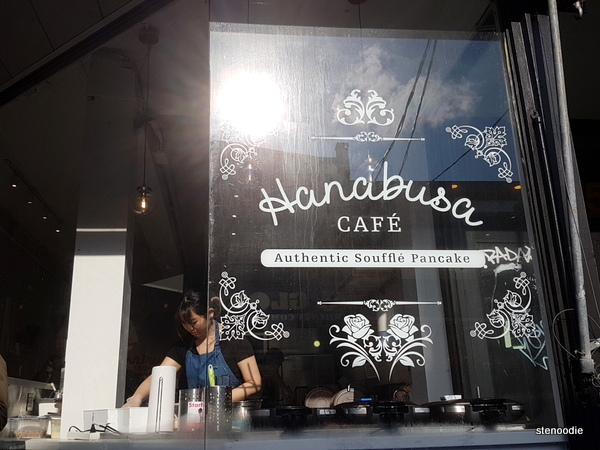 You can actually watch them make the pancakes too but I found it awkward to stand there to watch; there isn’t space there for you to stand comfortably