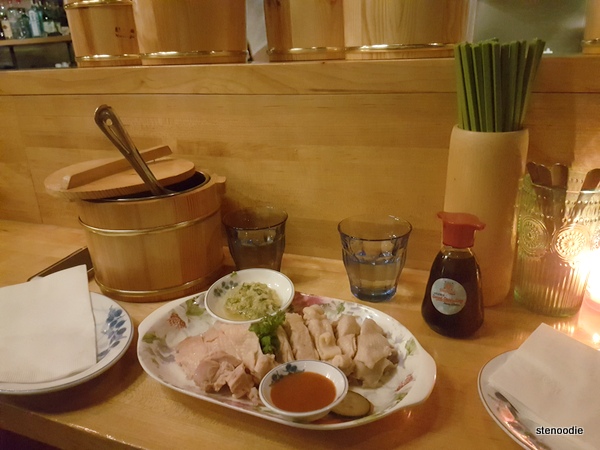 April 6, 2018:  After the Green Living Show, Priscilla and I headed to Eat Jackpot for a late dinner.  Upon arriving, I immediately recognized it as the former Lucky Red restaurant. I hadn’t known that they had closed and Eat Jackpot had taken over.  I had known about Eat Jackpot thanks to an Instagram media event in the past year where they had a special “floating noodles” dish that was plastered all over the feeds.

There were a lot of customers here when we arrived at 8:15 p.m. on a Friday night.  We were given two seats at the bar. 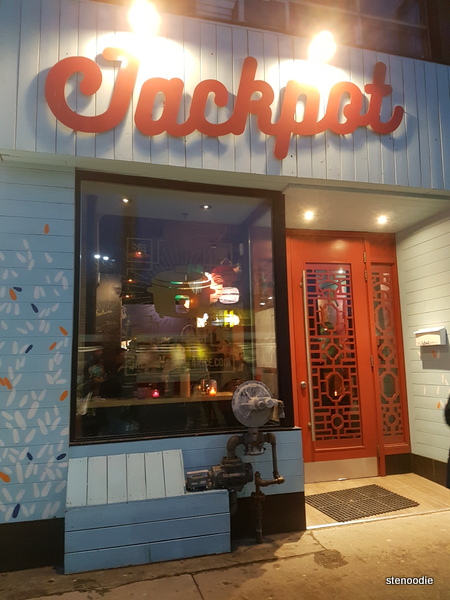 Located in Chinatown in Toronto

The interior seemed to be similar as that of Lucky Red.  It was neat that they used plastic colanders as the light fixtures.  It was a Singaporean restaurant. 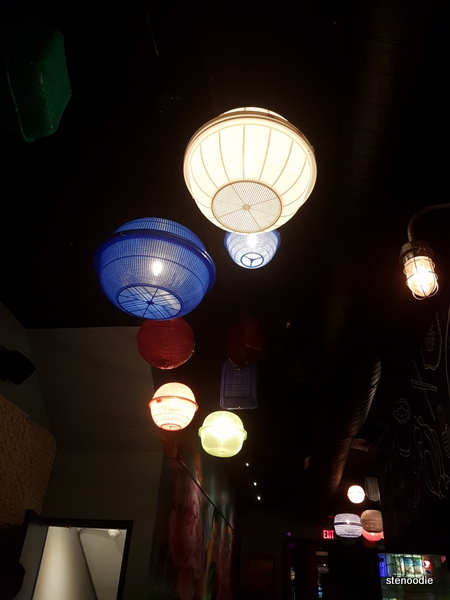 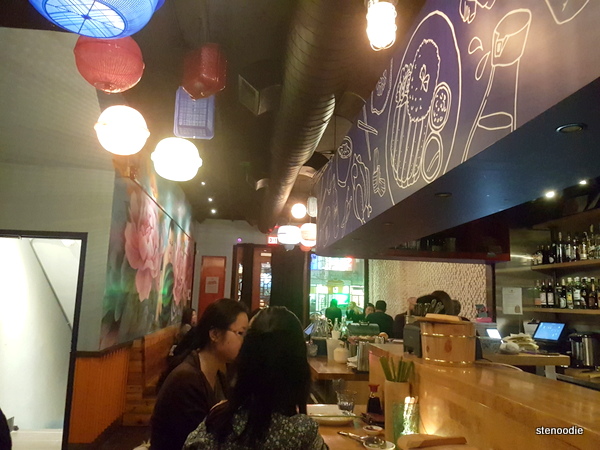 We sat at the bar 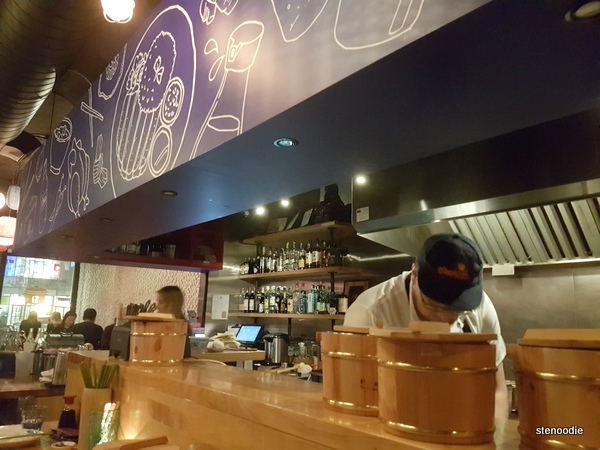 We ordered the Jackpot Chicken, a poached hainanese-style with traditional soft skin chicken with ginger-scallion and chili sauce.  We also ordered the Schmaltzy Rice for two, fragrant rice cooked in schmaltzy master stock and scented with pandan leaves, which arrived in a mini traditional wooden rice box.

(I decided not to order the floating noodles to try since I figured that was more hype created around the restaurant rather it being a feature dish.) 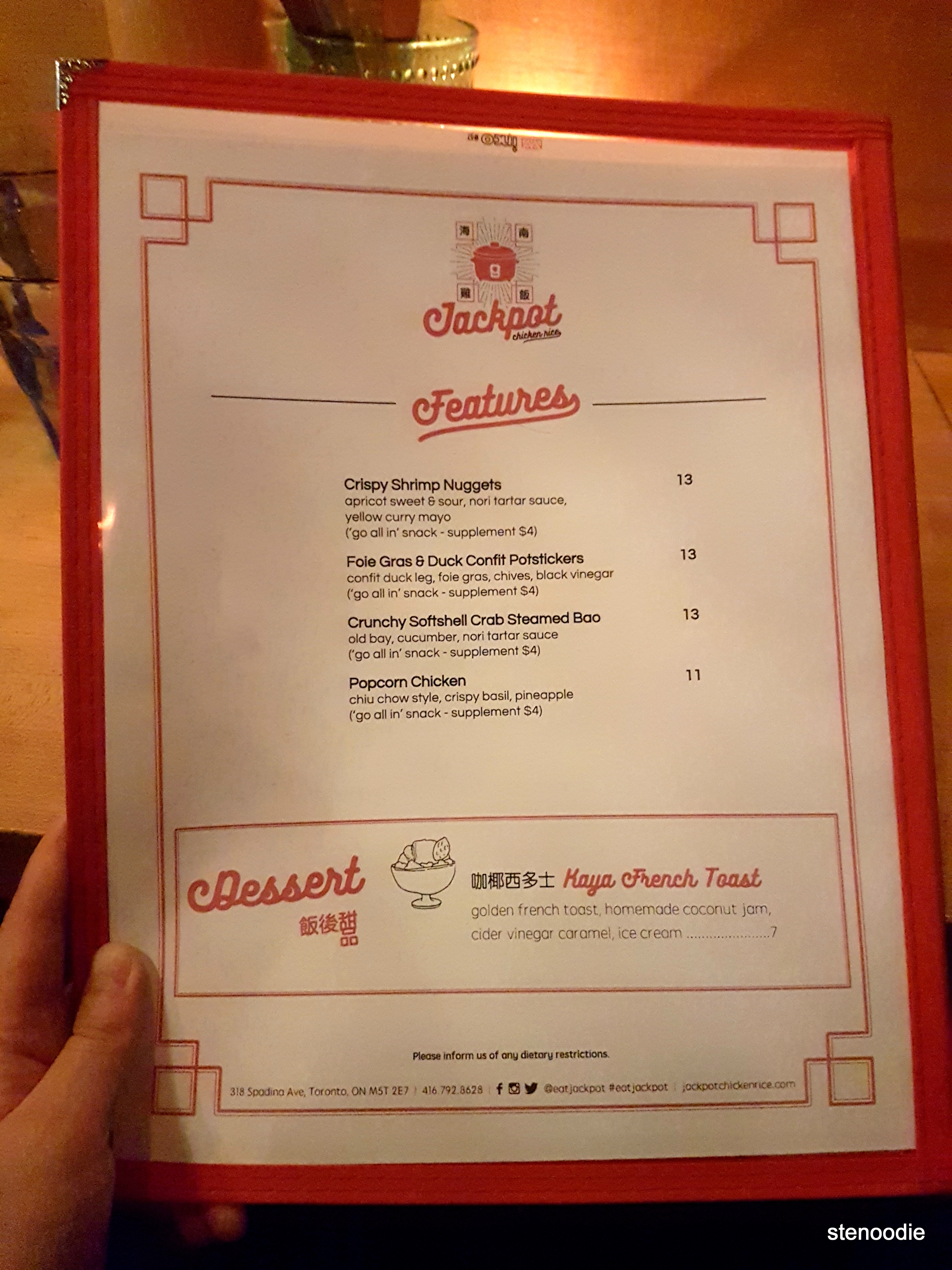 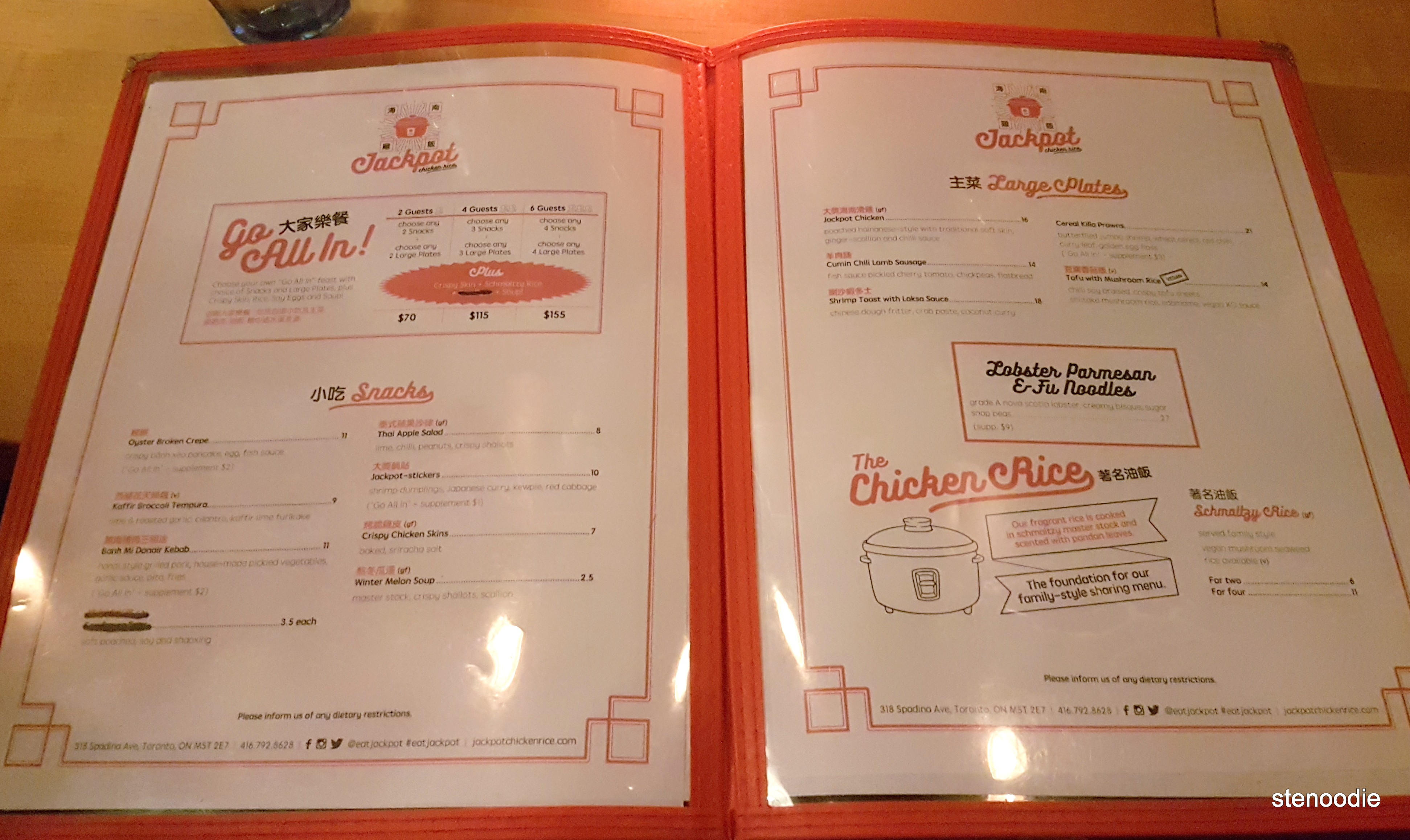 Menu — a bit blurry because it was so dark inside 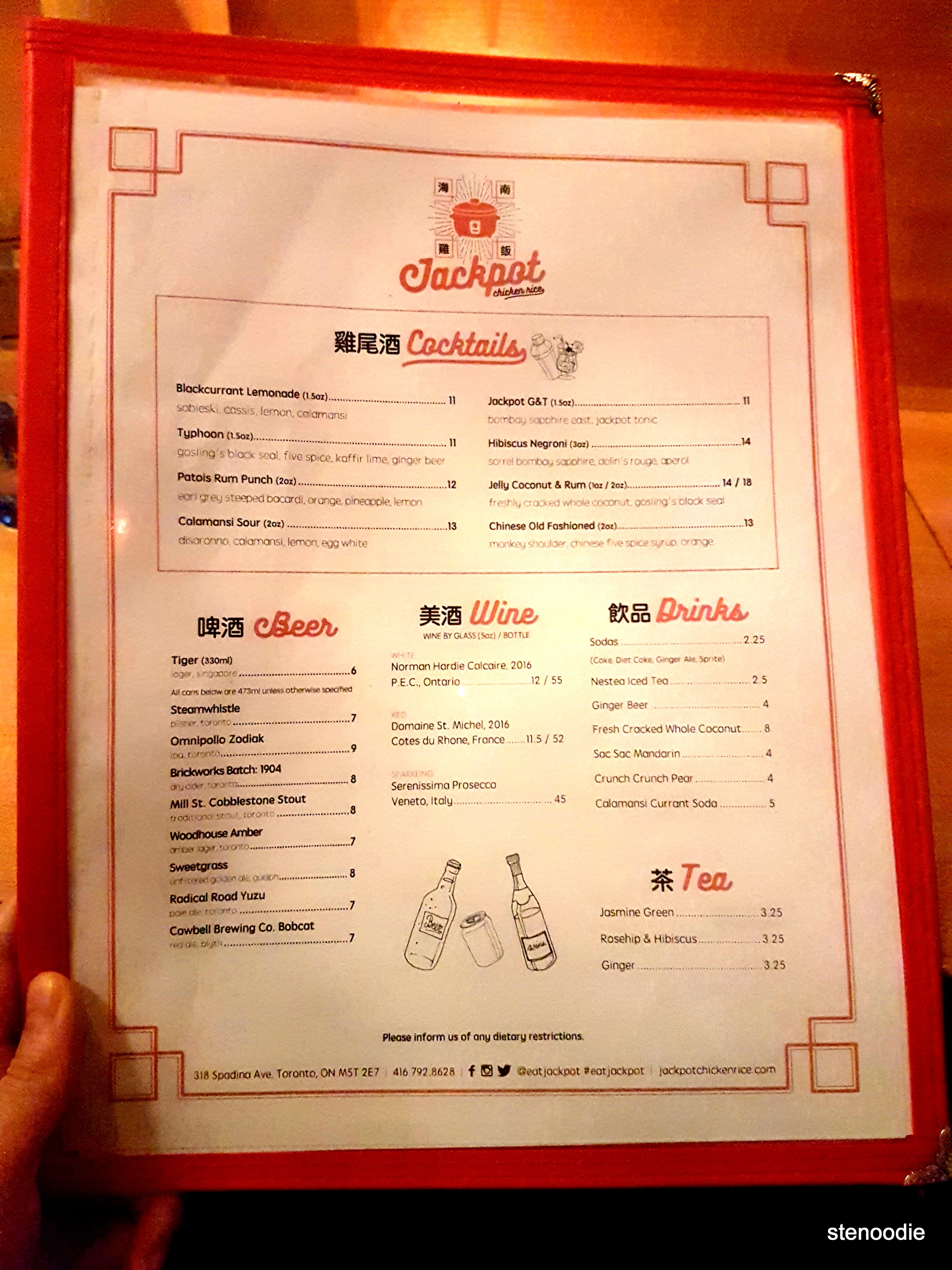 The food came out so much faster than I expected.  When I got back from a quick trip to the downstairs bathroom, the food was already on the table!

The Schmaltzy Rice was good and on par with traditional Singaporean rice of this nature.  It was impressive for a Western-run restaurant.  The Hainanese chicken wasn’t as smooth in texture as I’ve had in the past.  The best Hainanese chicken I’ve had to this day (of recent memory) is that of the Singaporean chicken rice I had in Hong Kong.

(Schmaltz is rendered (clarified) chicken or goose fat used for frying or as a spread.  In this case, it’s rendered chicken fat and when mixed with steamed rice, the taste is heavenly, slightly salty, and full of flavour!) 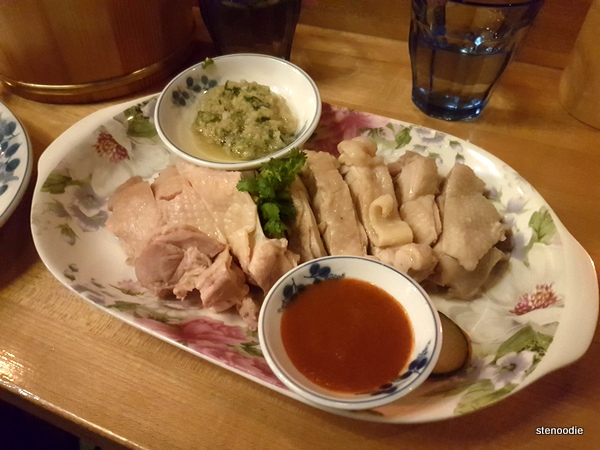 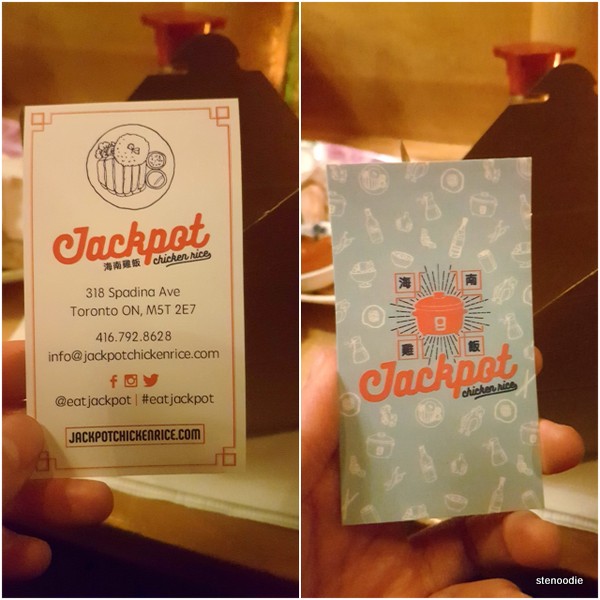 Business card that came with the bill

Every table around us had ordered the Schmaltzy Rice too.