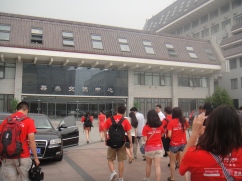 Walking into the first building at Peking University

Second day of trip, or technically the third one as the first and second are considered one day due to the flight.

We visited Peking University today! Chantel, Jesica, and I did our presentation to the students there. I was surprised with how good their English was! The 10-15 of them spoke fluent English and sounded like one of us! Only a bit of accent heard here and there, but the grammar and word usage were so impressive. I asked one of them about it as we did the campus tours and he said they take oral English classes starting in grade 3 and even in university taking 4 classes or so in oral English classes. No wonder their English was so good!

Even then, I kind of wonder if they have private tutors or extra special classes that teach them English. I’m skeptical because when I used to volunteer and teach in the elementary schools in Toronto, almost all of the newly arrived immigrants from China that walked into the classroom knew very, very little English and they were usually high-risk later on if they didn’t push themselves to learn the language (there’s such a large community of Mandarin speakers in the GTA that you can technically live there without speaking a word of English).

All of the students were really nice and friendly. Their campus is full of greenery and nice lawns. Aside from ‘normal’ modern buildings, they also have ancient-looking buildings with the Chinese rooftops interpersed throughout the campus. It was a nice walk. 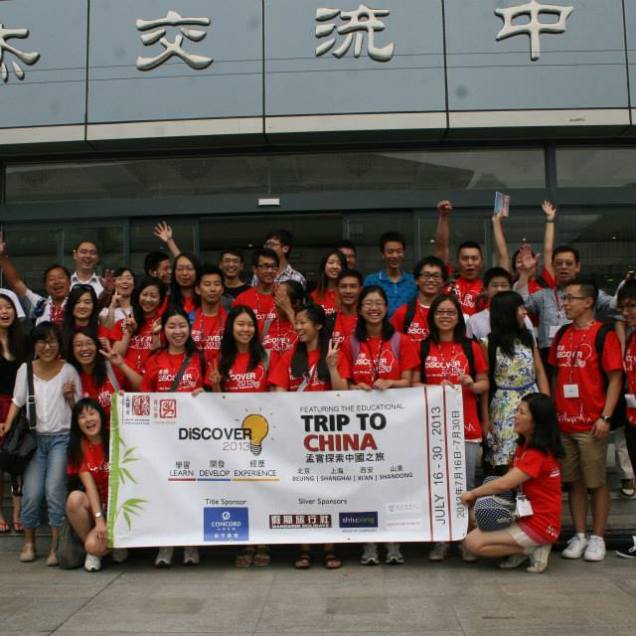 This was inside their campus! Very pretty and scenic. 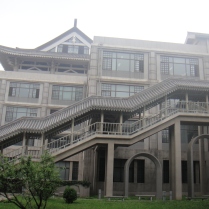 After visiting Peking University, we went to the Lam Woo Eye Hospital where we met more of the students that study medicine and also three doctors from the hospital. We split off into two groups and were led to see the various waiting rooms, examining rooms, and various rooms by one of the doctors. When we were finished and waiting for the other group in the lobby, we noticed that there were at least two women staring and looking at us. It was more than curiosity and I felt uncomfortable being looked at like that. One of the women even look out her phone and without caring that we would see, took pictures of our group. -______- She was only about 3-4 metres away from us. She didn’t even try to be inconspicuous at all! It’s such a Chinese mentality to do that.. 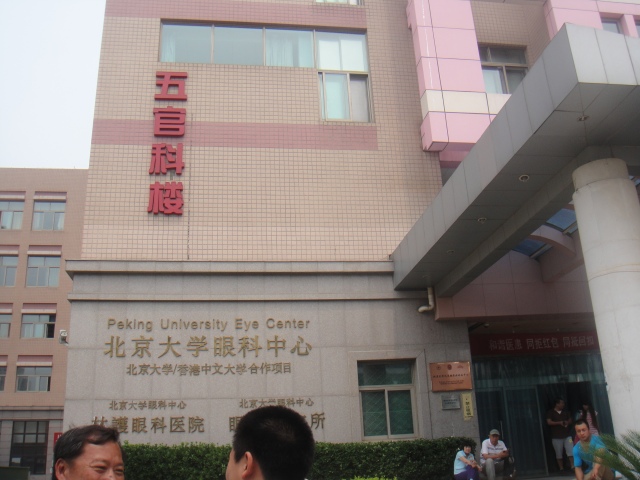 Then we had a really good buffet lunch at a restaurant in Peking University. One of the med students sat at our table. We found out that tuition costs the same amount in China as in Canada! And by that, I mean tuition per year is $5000 CAD for us and $5000 RMB for them. Crazy difference. And residence is $1000 RMB more. They go to med school for 8 years. 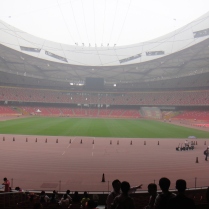 Instead the Bird’s Nest 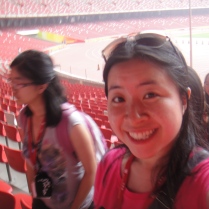 Guys riding Segways all around the Olympic track lol

After a relatively short bus ride, we arrived at the Olympic Village. Bird’s Nest in view! It felt a bit surreal to see the sculpture looming right in front of me after seeing it in pictures and video for so long. We had the opportunity to enter into the Bird’s Nest to take pictures and walk around. This was where Usian Bolt took home the Gold in record-breaking time. In the middle of the pit, there were guys riding on Segways lol. 200 RMB for a 20-minute ride. There were fewer tourists there than I expected.

Kites that were being sold in the streets. It looks super impressive, but you have to be careful about whether the little packages that the locals are selling are actually what’s flying in the wind…

Next, we enjoyed a water fountain ‘performance’ before we entered the water cube. A large water park, the actual pool where Michael Phelps won 8 Gold medals, and the diving boards.

It was a good day for the most part. We walked a lot and the attractions were major ones. The only complaint was that it was a tad foggy and smoggy, so the sky was a perpetual greyness the entire day. It makes my photos from the Bird’s Nest look crappy. Oh well! 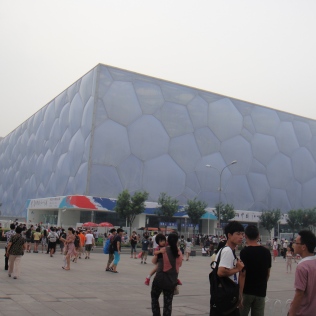 Outside of the Water Cube

Inside: The Olympic pool and diving boards 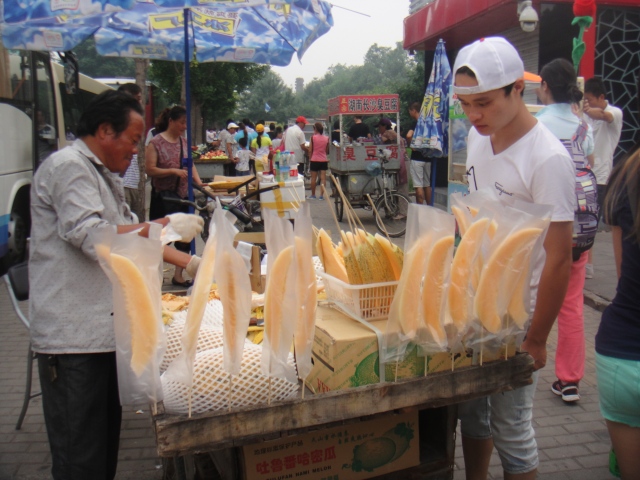 We saw these cantaloupe stands all over the place. Not sure how hygienic it would be to eat these though lol

Want to see what happened throughout the trip?