Brunch at Le Papillon On Front 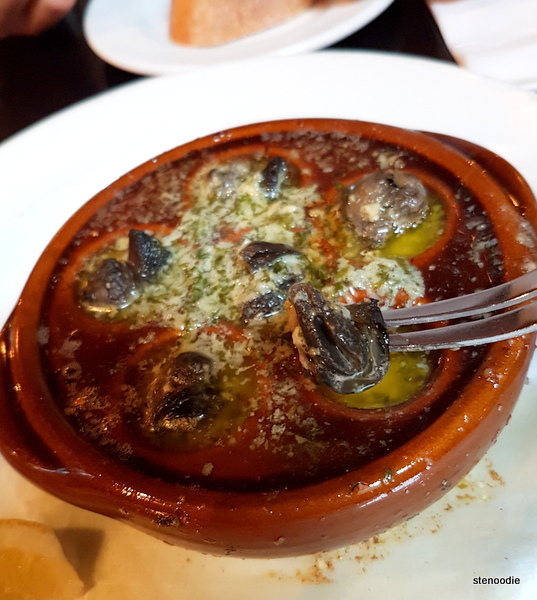 March 30, 2019:  After experiencing some optical illusions, we were famished and arrived for our brunch reservation at Le Papillon on Front, a French restaurant.

Le Papillon is a French restaurant serving Toronto since 1974 (wow, such a long history!) and located right on Front Street, a prevalent area for tourists visiting the nearby attractions like Ripley’s Aquarium, CN Tower, SkyDome*, and others.

I had actually been to Le Papillon on Front many years ago in university with some friends for dinner.  I remember the dimly lit French dinner being so-so and thus was never interested or eager to return for another meal.

When Ken suggested this spot for brunch, I actually rejected the idea until I looked at their website and noticed that the menu items were somewhat appealing and decided to try it.  After all, my first impression being ten years old needed a bit of an update.

I actually didn’t even know that they served brunch items.  A lot of folks were dining here already when we arrived.  It seemed to cater to a mature crowd.  The space was very sophisticated with dark wood tones and hanging lights. 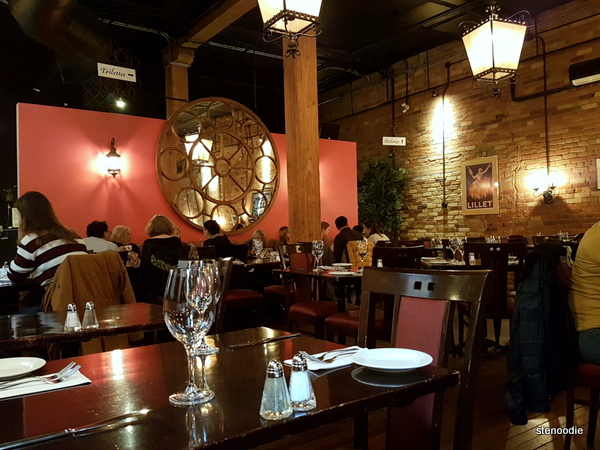 Romantic setting, especially during the evening 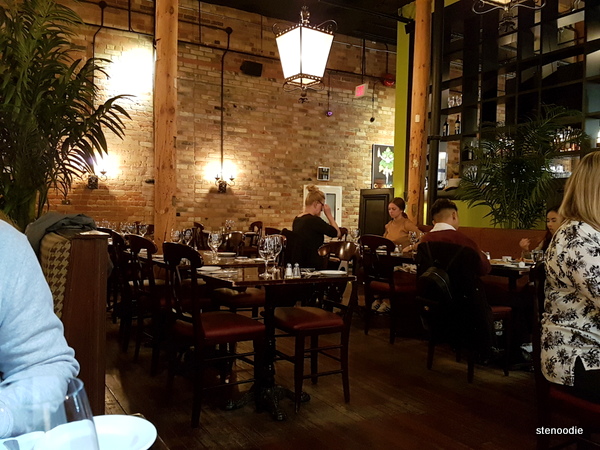 The menu items were actually quite vast with not only traditional brunch items but carried French dishes which reflected their featured cuisine.  I chose the Tourtière Maison, a meat pie, while Ken got the St. Laurent Crêpe.  We also got my favourite Escargots as a starter. 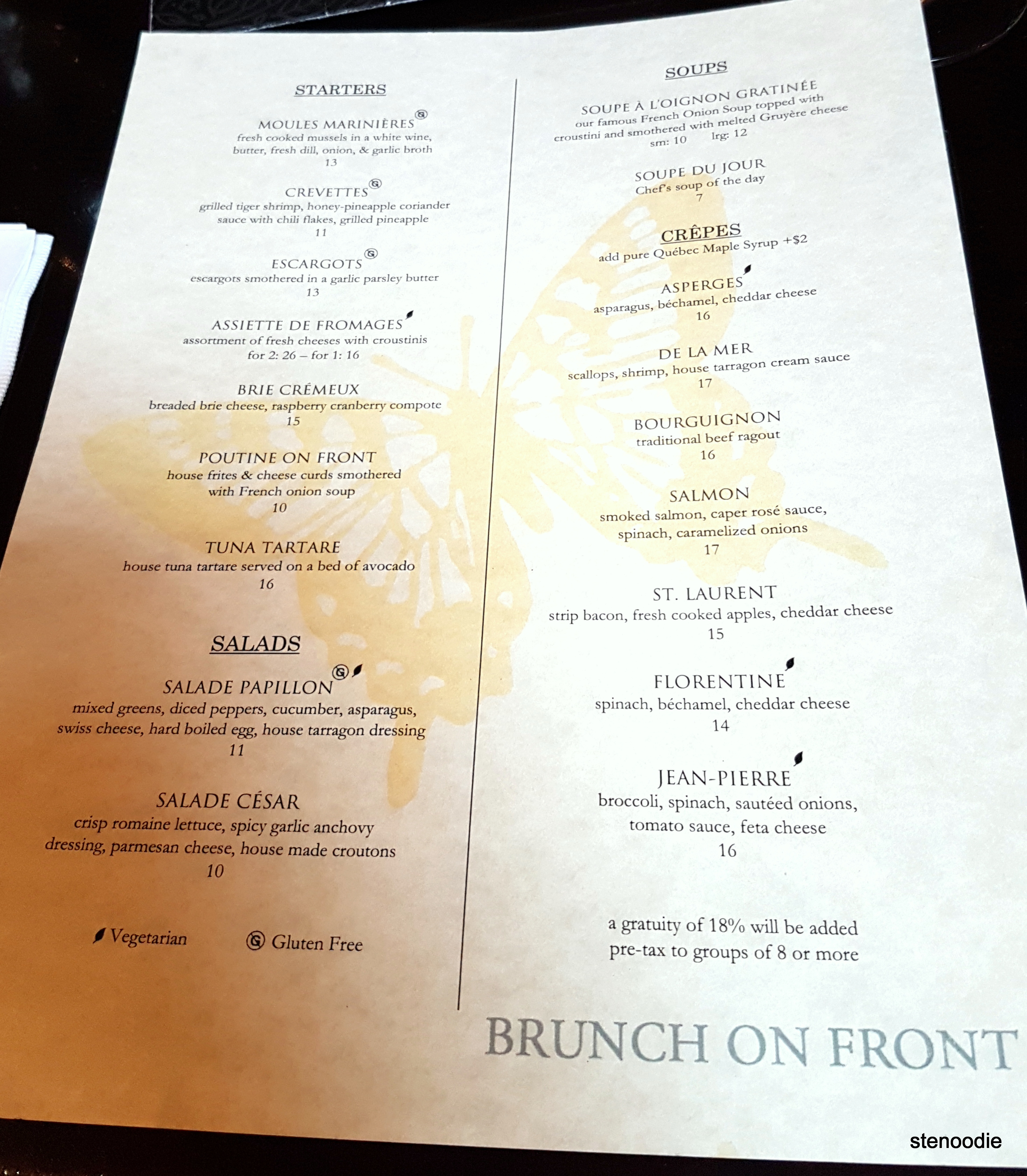 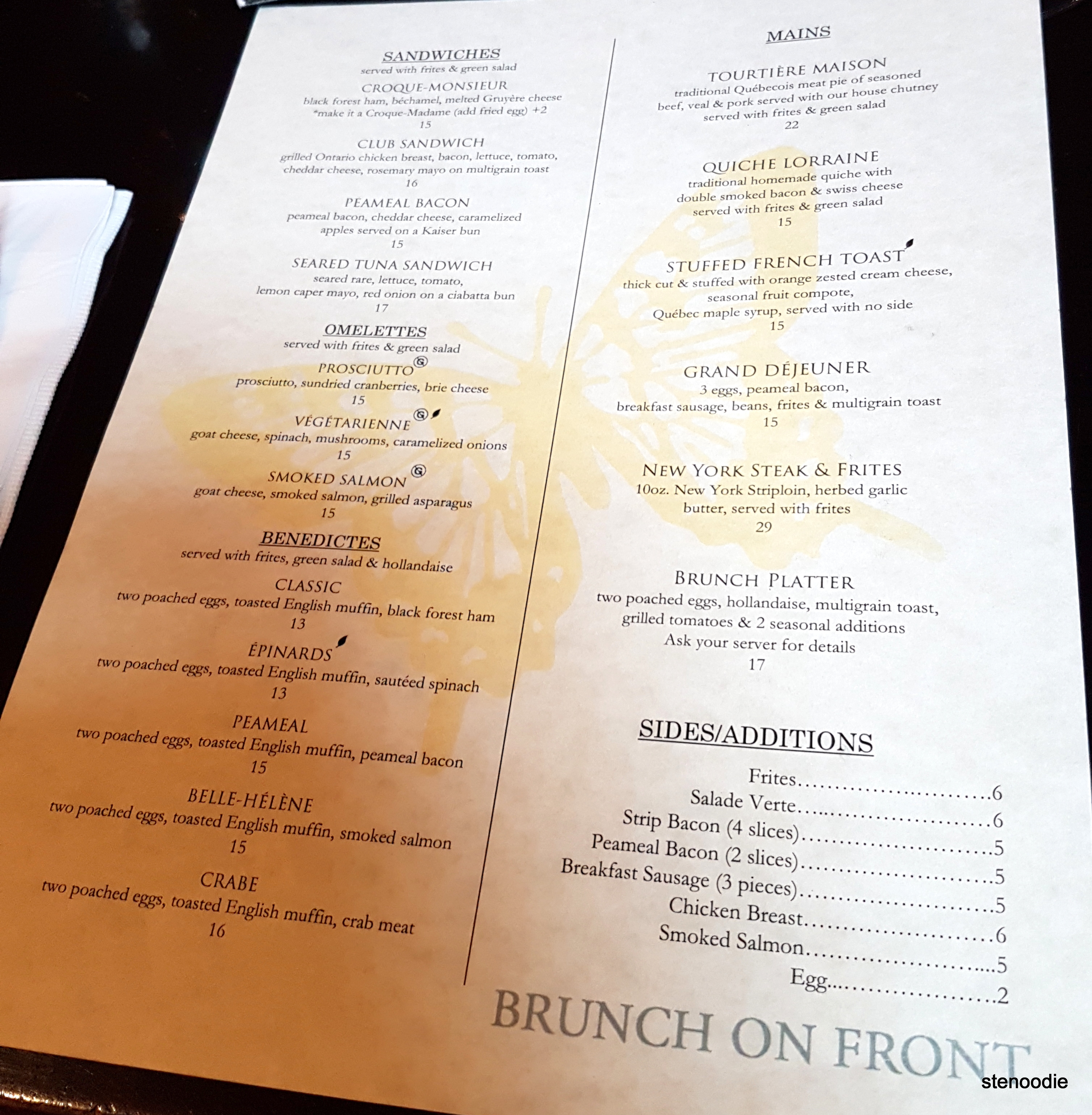 We were served water from a pitcher and also given a basket of bread which we devoured completely given how famished we were. 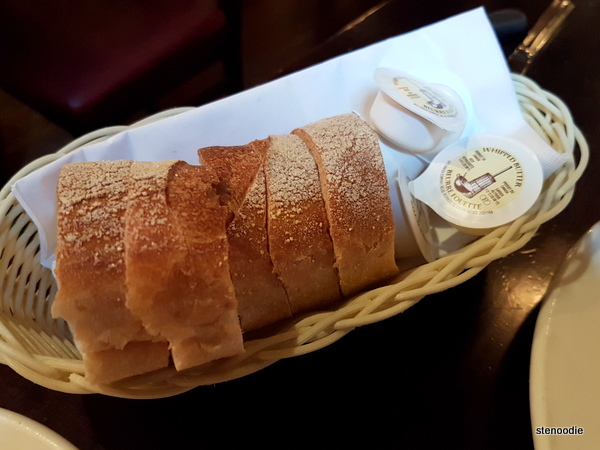 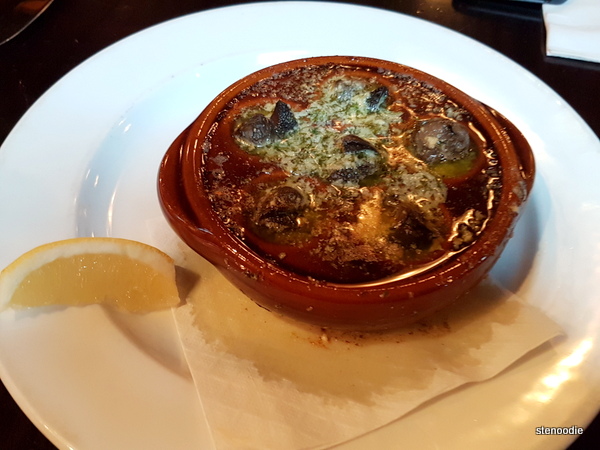 The Escargots arrived nearly immediately after we placed our order (I had only returned to the table from a quick restroom visit when the snails were already placed on our table).  It smelled amazingly of garlic and I was excited to dig in.  The escargots were befitted in the typical hollowed dish for escargots with a garlic parsley butter sauce.  The escargots were good and the accompanying bread was the perfect companion to soak up all of the extra butter sauce. 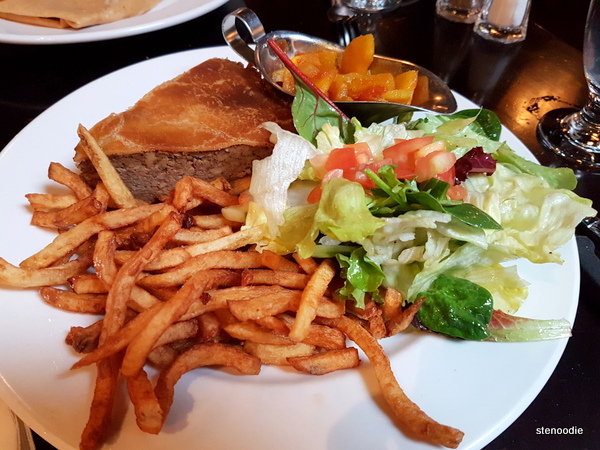 The Tourtière Maison was a traditional Quebecois meat pie of seasoned beef, veal, and pork served with a house chutney served with frites and green salad.  It was a beautiful colourful platter and generously portioned too!  It was so photogenic!

The meat pie actually wasn’t what I had in mind.  It was a fairly smooth blend of the beef, veal, and pork in the pie’s filling with a thin pie crust.  I was expecting more of a textured juicy and saucy meat pie with pastry filling.  Nevertheless, it was decent-tasting, especially in the first few bites.  I wish there was a sauce with the meat pie since the last few bites were a bit dry for my taste.  The green salad was nice and the mayo on the side paired well with the frites. 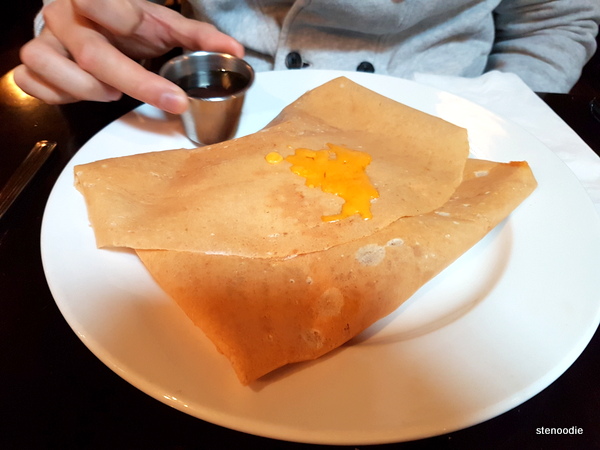 The St. Laurent Crêpe had strip bacon, fresh cooked apples, and cheddar cheese in it.  Visually, the plate didn’t look as appetizing as the meat pie but luckily the taste was all right.  I liked the abundance of bacon in it with the cheese and tarty apples.  There wasn’t too much variety though other than the single ingredients mentioned above so if I would have gotten that dish, I might have gotten bored of it rather quickly. 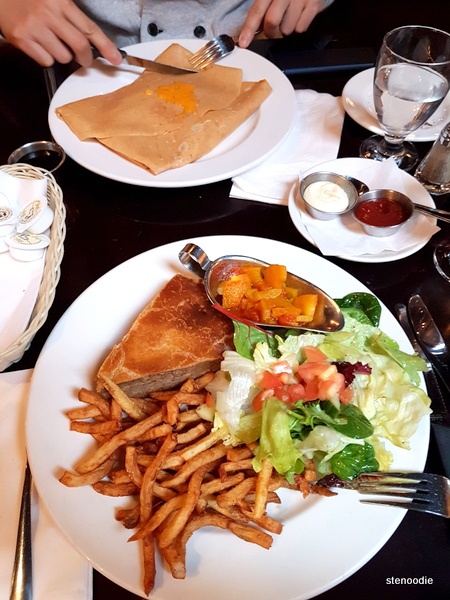 The restaurant wasn’t too busy at all on this Saturday for brunch and it was a little surprising to me considering how many people yearn for good Saturday brunch spots (perhaps the millennials aren’t interested in these classy older spots?).  Nevertheless, it was nice to try out the brunch at Le Papillon on Front. 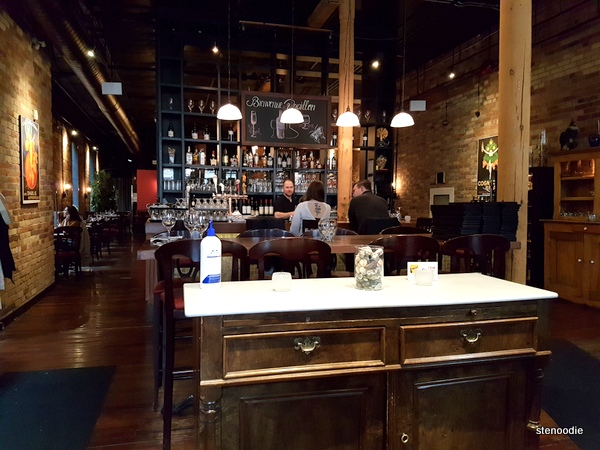 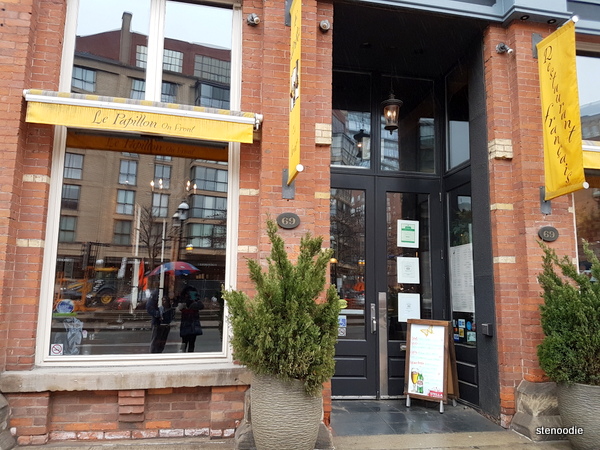 (*It’ll always be known as the SkyDome to the locals.)