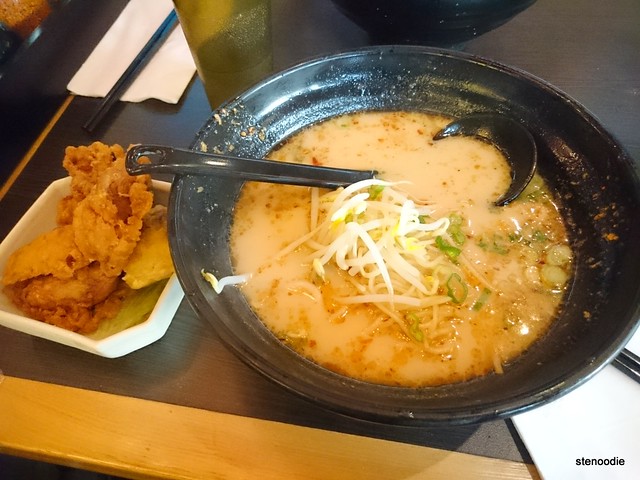 Did you know that Ajisen Ramen was one of the first ramen shops to open up in Toronto?  Their first branch opened up in Markham at Steeles and Warden and since then, Ajisen Ramen has opened up two more locations including this one at Yonge and Parkview in North York.

It was Nicole’s birthday and we celebrated here.  We got a long table that fit everyone nicely.  Although I’ve been to Ajisen Ramen plenty of times, because their menu is ever-changing and quite vast, I chose something new.  I wanted to try out their fried chicken and so their combo of just a simple bowl of ramen plus fried chicken was perfect. 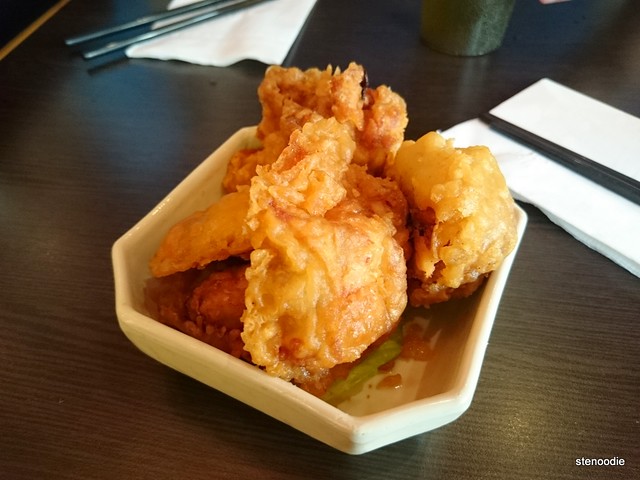 Even though we had a big table of people, the bowls of ramen came out quickly.  The fried chicken was actually very super fried and the batter was huge!  It wasn’t very good because of this.  It was extremely crunchy though — if you like that kind of crunch.  It wasn’t authentic Japanese fried chicken in my opinion.

The bowl of ramen was very good, however.  Li commented that the soup base seemed a little saltier than he liked, but I liked it the way it was.  The ramen noodles were fine and a nice texture.  I really enjoyed it. 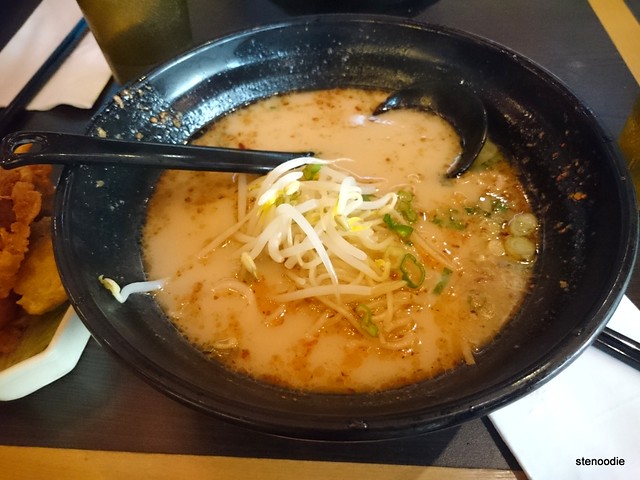 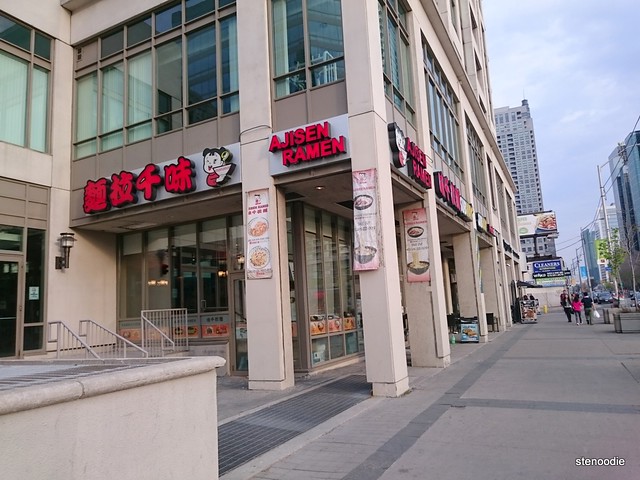 You can’t miss it while walking down Yonge!

I liked how when we asked for the bill, the server was able to separate everyone’s bill without fuss.  This is often unheard of as they usually don’t like to separate bills for such a large table.  I also liked that they offered free wifi. 🙂